There are a group of players still playing today that took part in the first season of the new millennium as players.

We’ve dug through the archives to find some of them, as well as a few of Super League’s favourite coaches from their playing days 20 years ago. 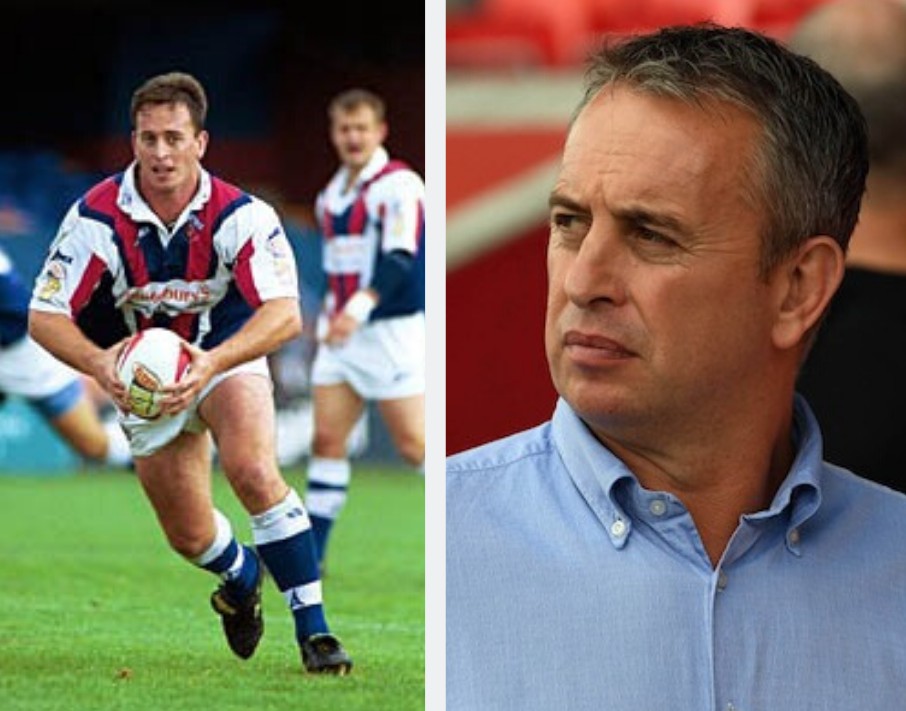 Playing with a tan that the south of France would be proud of in 2000 was current Catalans coach McNamara, then at Wakefield.

McNamara was appointed captain at Wakefield in 2000, but the contracts of all players aged over 24 were terminated in September due to the club’s financial crisis.

That was his only year at Wakefield, having made more than 200 appearances for Hull and Bradford earlier in his career. He would end his playing days with three years at Huddersfield, moving in to coaching first with Bradford and then with the England national team. 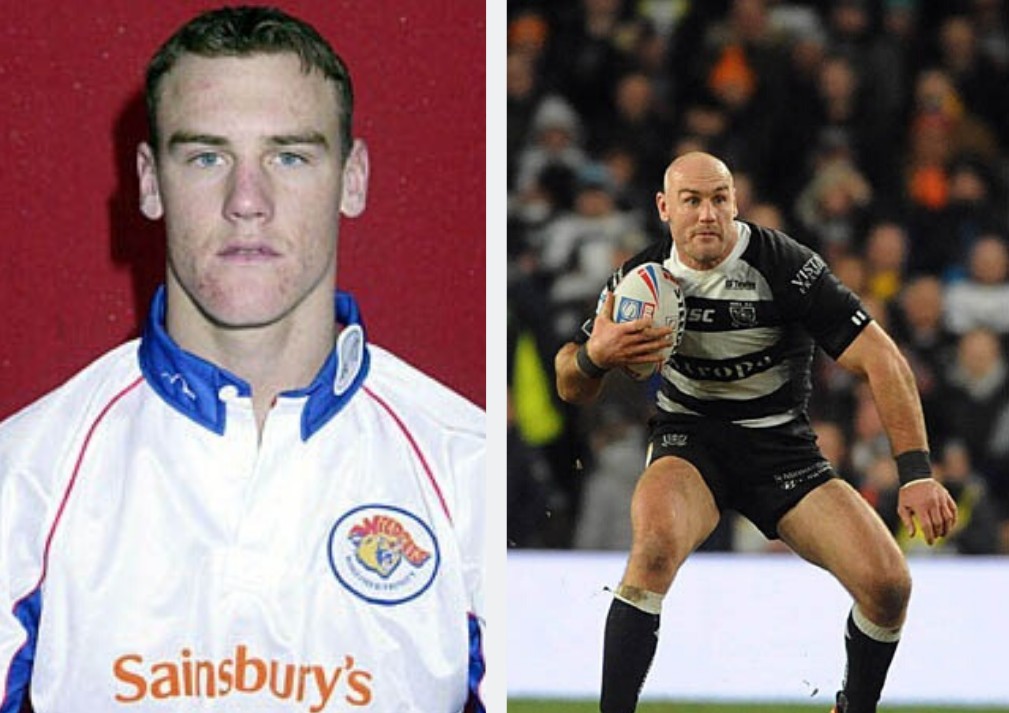 Old Father Time himself. We couldn’t find a photo of Ellis from 2000, so here’s his profile photo for the 2001 season. He made his first team debut with Wakefield in 1999, and would then win everything at Leeds, before blazing a trail for English players in the NRL with a devastating four year spell at Wests Tigers.

Still playing today, Ellis did retire at Hull in 2017, before putting the boots back on again in 2019. 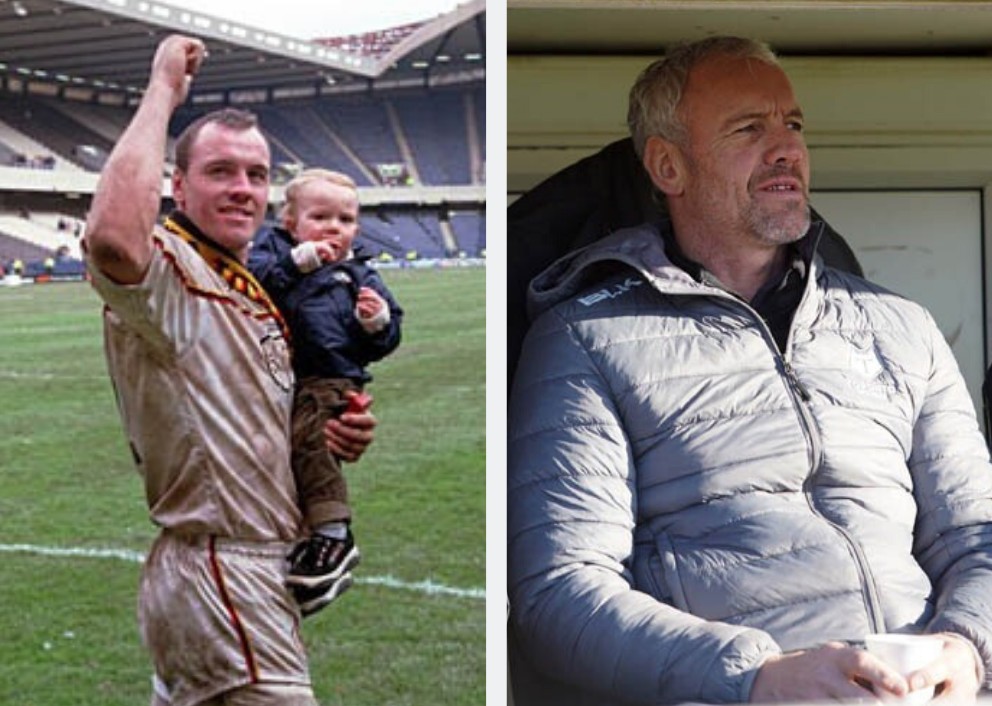 A one-club man as a player, McDermott was part of the fearsome Bradford side of the late 90s early 2000s, and was 30 in the year 2000, when the Bulls won the Challenge Cup.

With nine major trophies won as a player, he’s managed eight as a coach, all at Leeds, and will be hoping to add to that in his current role with Toronto Wolfpack. 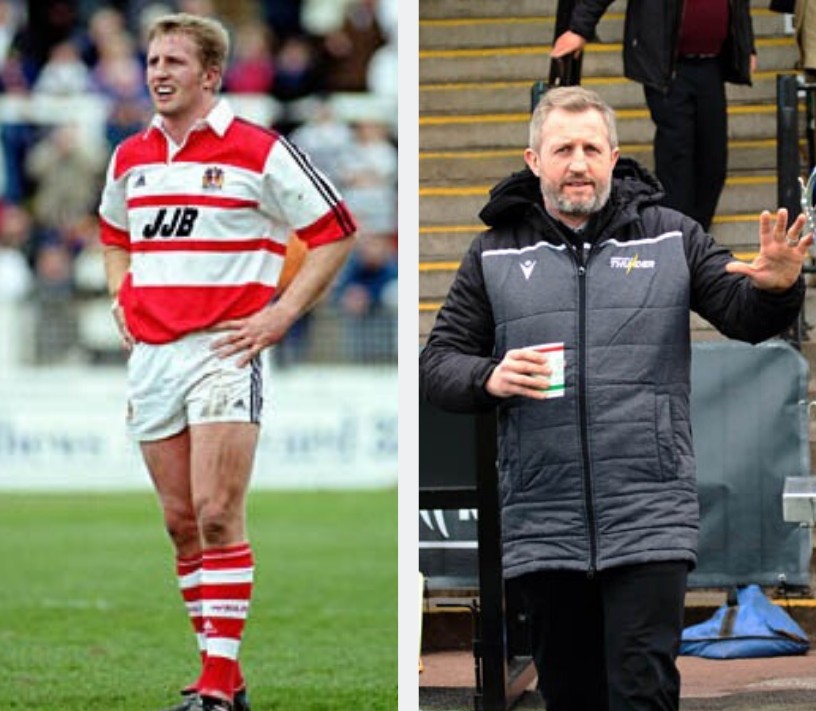 One of the most decorated players of all time, 2000 was the penultimate season of Betts’ playing career which was spent almost entirely with Wigan, with only a two-year deal at Auckland Warriors in the ill-fated Super League Down Under in the middle.

Now director of rugby at Newcastle, Betts established himself as a coach at Widnes from 2010 to 2018. 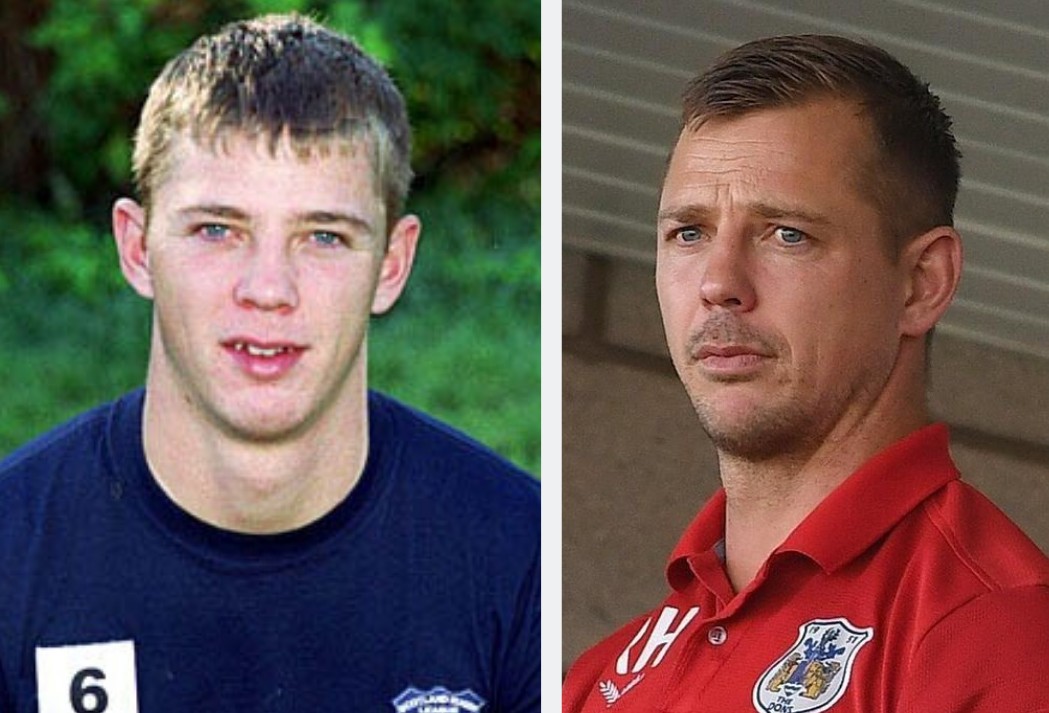 The now Doncaster coach was just starting life as a one-club man back in 2000, having enjoyed his break through year as a 17-year-old in 1999 for Hull, where he would go on to make 387 appearances before retiring in 2014.

He ended the first year of the new Millennium playing for Scotland at the 2000 World Cup, starting in their three group matches against New Zealand Maori, Ireland and Samoa, losing all three. 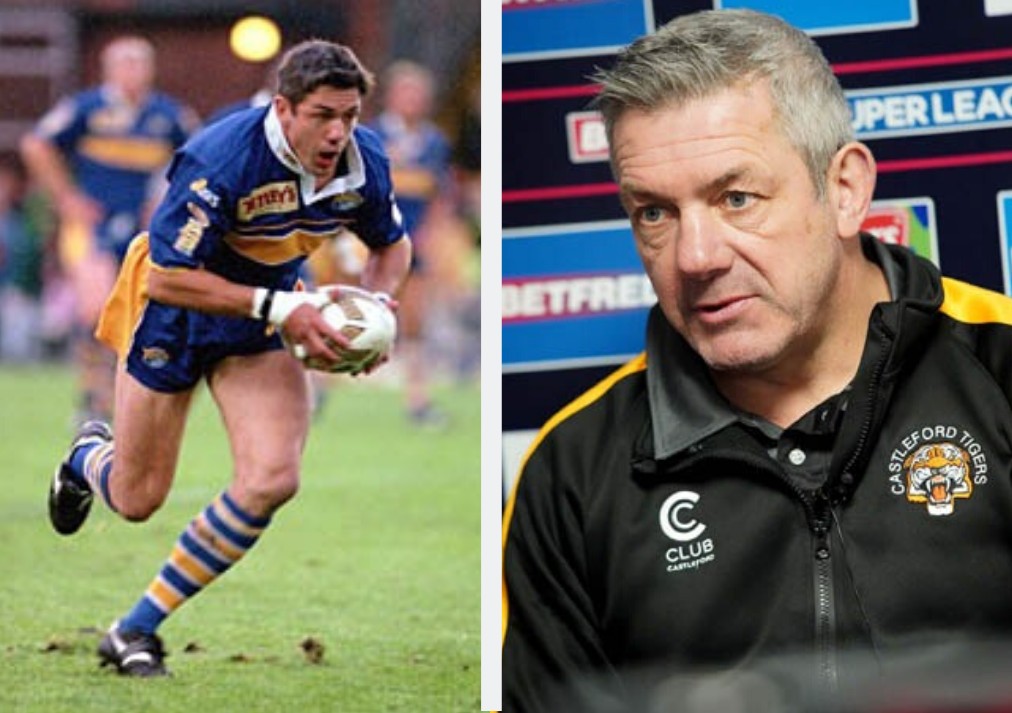 The greying now Castleford coach was in the twilight of his playing career in 2000 with Leeds, at the age of 35. He would go on to coach Leeds until 2003, but it was five years until he returned – making a name for himself with a dominant Featherstone side in the glass ceiling of the Championship during the licensing period.

A move to Castleford followed in 2013, where he has turned the Tigers in to perennial challengers, including a league leaders’ shield and Grand Final appearance. 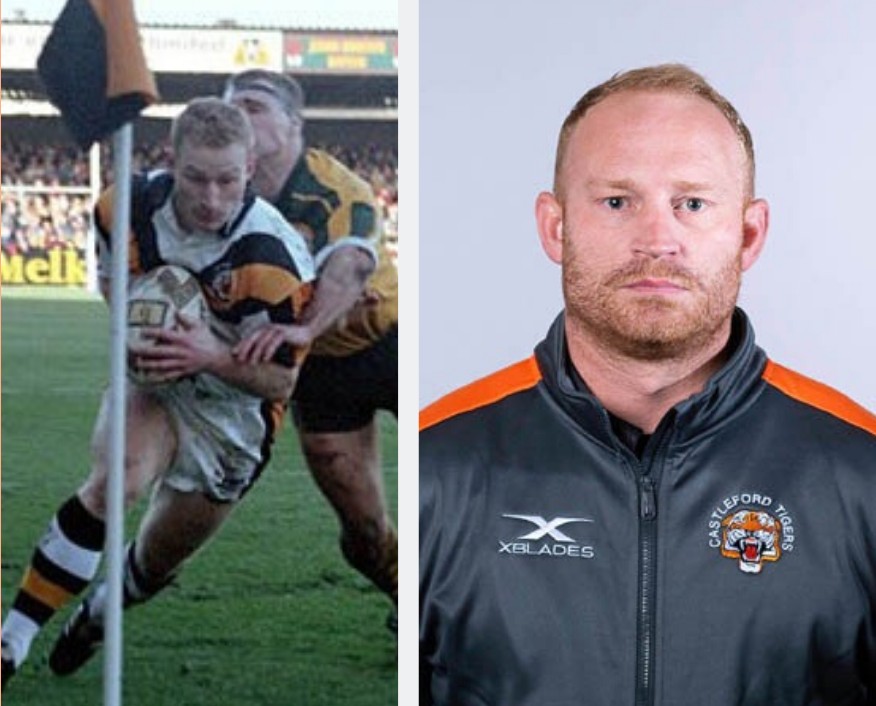 Famed for his Sky Sports punditry in recent years, Wells was a competent winger and sometimes full-back in his playing days, chipping in 83 tries in 281 games for Castleford, Wakefield and London.

Here he is bagging for Castleford in 2000, and I’m sure he would have fancied the current corner flag rules to have been in place during his playing days. 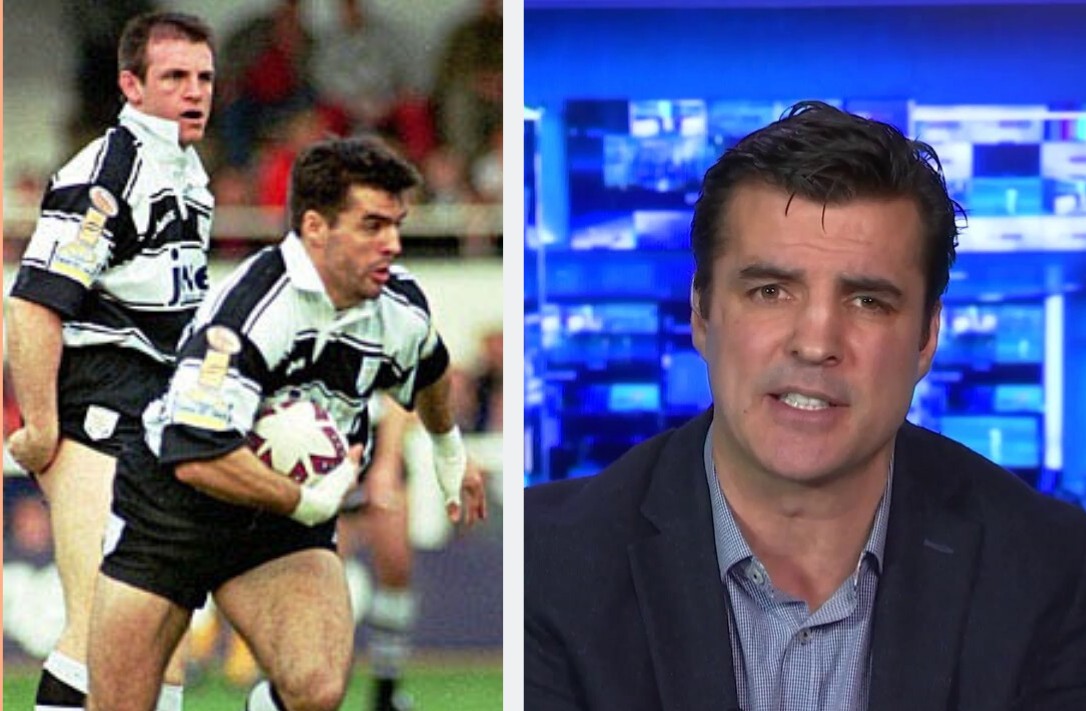 Another TV personality is Brian Carney who enjoyed a stellar career in both codes. He starred for Hull in 2000 following their controversial merger with Gateshead where he had spent 1999; but it was at Wigan that he really made his name, scoring 48 tries in 110 appearances, as well as earning 14 Great Britain caps.

A move to the NRL followed with Newcastle Knights, before a move to Gold Coast Titans was cut short as he switched to rugby union, playing for Ireland and Munster. He ended his career at Warrington. 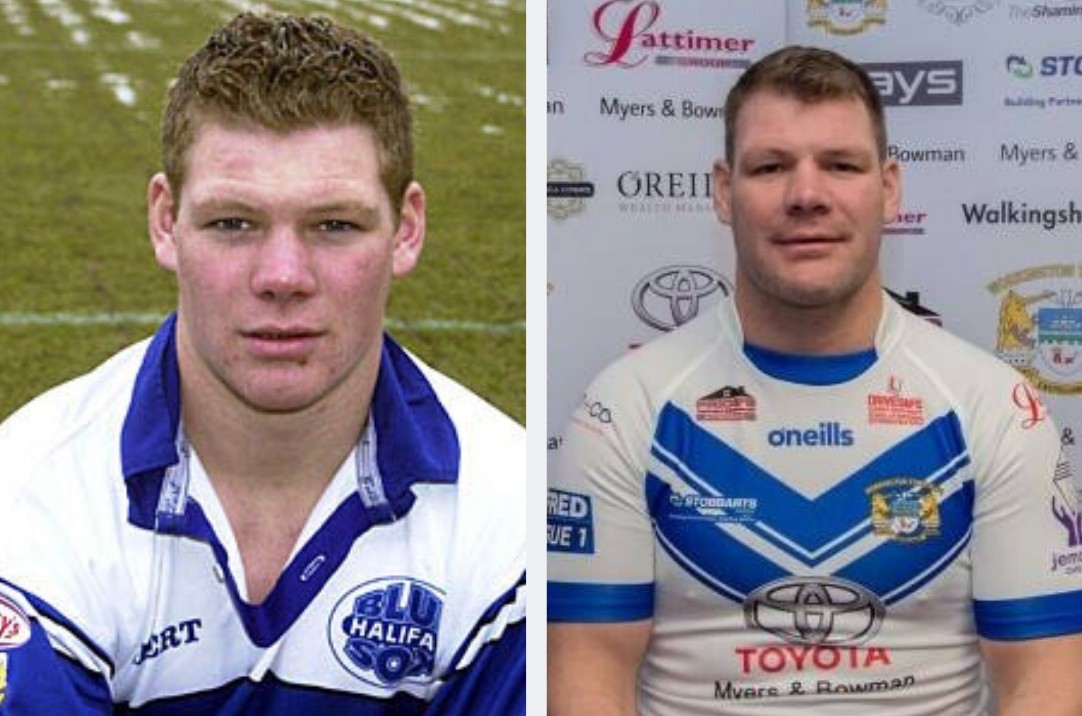 Tickle made his professional debut in 2000 at the age of just 17 for Halifax. One of a sprinkling of players from 2000 still playing today, Tickle surpassed 500 career appearances while at current club Workington last season. The majority of his career has been in Super League with Wigan, Hull, Widnes, Castleford, Leigh and Hull KR. 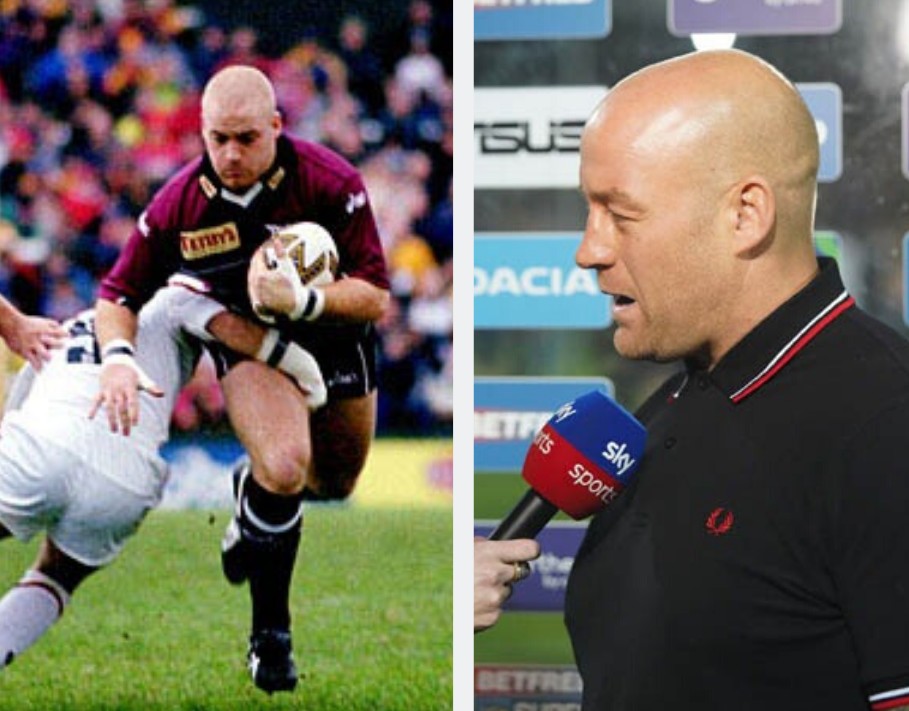 Ward played for Leeds from 1999 to 2006, before a season each at Castleford and Hull KR. He ended his career at Harlequins from 2008-11, and remained down south on the coaching staff, taking up the head coach role in 2018. 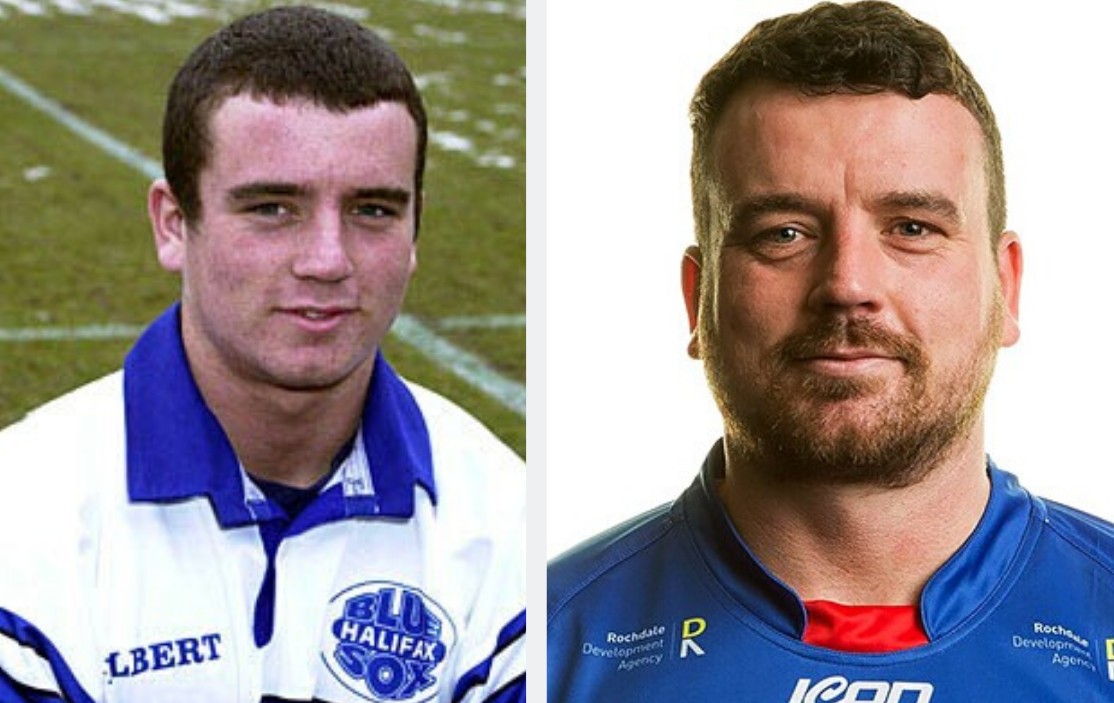 Another man who made his professional debut in 2000 for Halifax was hooker Penkywicz, then 18. He too now plays in League 1, for Rochdale, and is still a key player.

His career has been hampered by two separate drugs bans, which put paid to his Super League career at Huddersfield. He re-established himself at Halifax and then Leigh before resuming after his second ban in the inaugural season for Toronto Wolfpack. 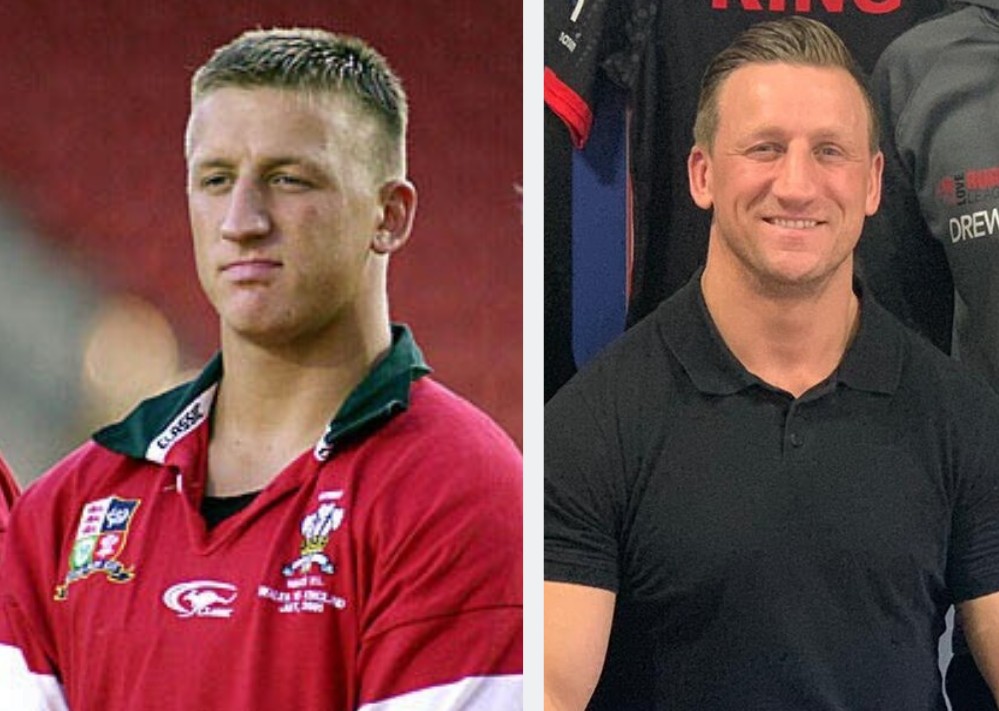 We couldn’t find a photo of film star Mason from 2000, but above is him turning out for Wales against England. He made his debut for Wakefield in 2000 at the age of 18, and his performances at international level earned him a move to the NRL with Melbourne Storm, where he played alongside a young Cameron Smith and Billy Slater, among many other superstars.

Sadly for Mason, he wouldn’t play internationally after 2002, but did enjoy a steady Super League career with St Helens (where he won a Challenge Cup), Castleford and Huddersfield before being forced in to a premature retirement at 31. He is now producing the Rugby Blood comics and film series, having become an actor through his friendship with Mickey Rourke. 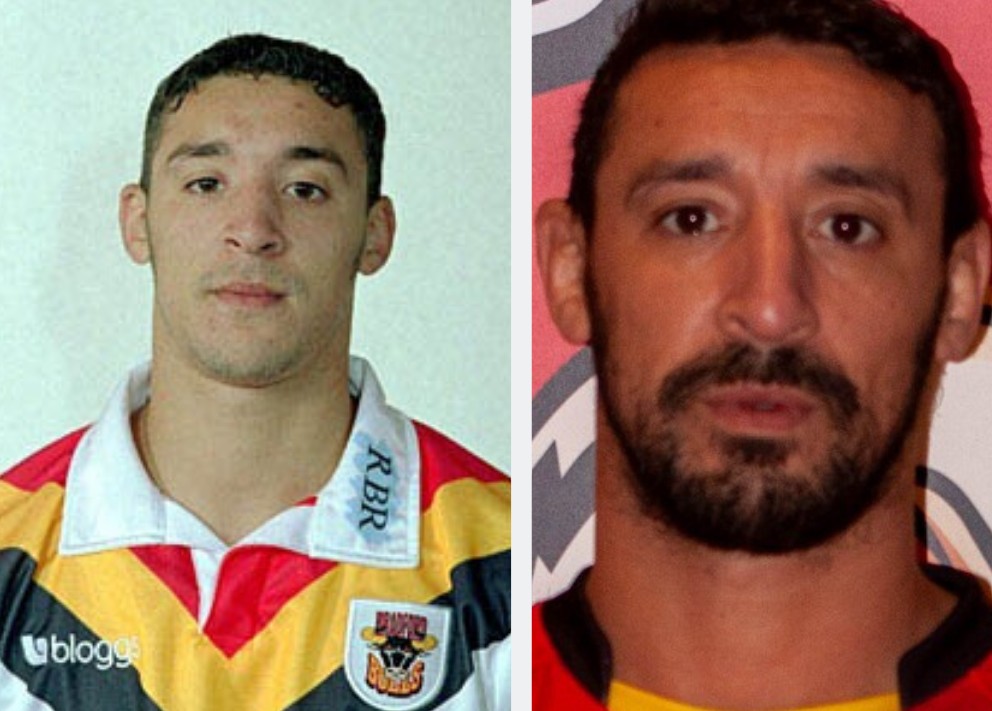 Still masterfully leading hometown club Dewsbury around the park at the age of 38 is points machine Sykes, who made his name at London Broncos and Bradford.

His debut came in 1999 with the Bulls, and above is his profile photo for the 2001 season. It was moving to London in 2002 for more game time that really kickstarted his career, before returning to Bradford in 2008.

He earned five England and one Great Britain cap, plundering well in advance of 2000 points as he approaches 500 career appearances. 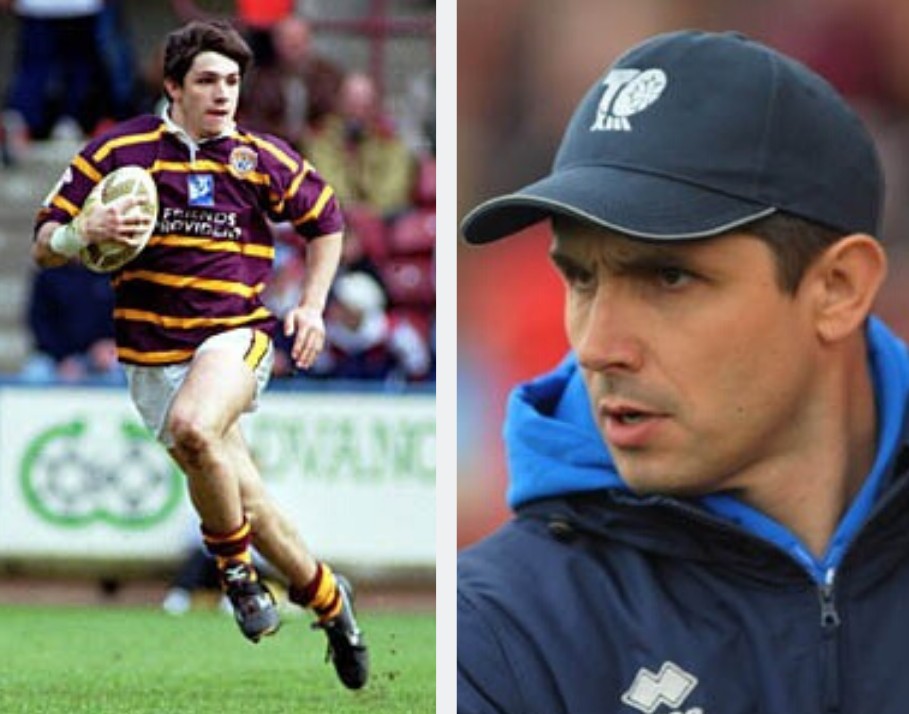 This young whipper-snapper is actually current Toulouse coach Sylvain Houles. A winger, he is pictured here for Huddersfield-Sheffield in 2000, where he scored one try in seven appearances.

A move to London Broncos followed, before he made a handful of appearances for Dewsbury and Wakefield; then returning to France. He did play in the UK competitions again when Toulouse stepped up to the Championship in 2009, and he has been coach of the French club since 2012. 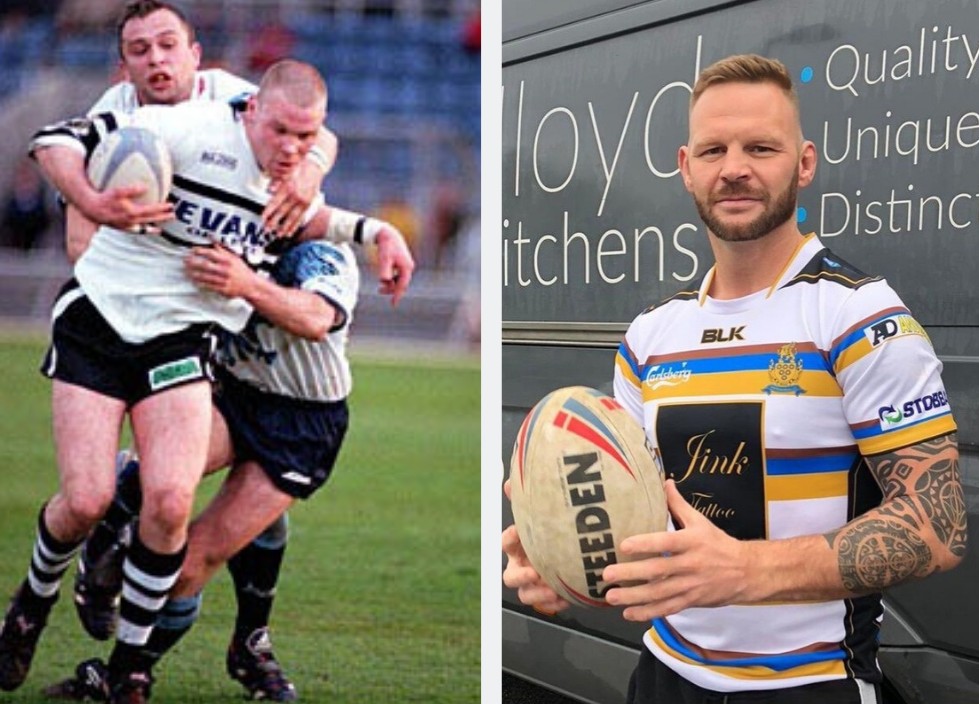 The 40-year-old came out of retirement to pull on the shirt once again in 2020, for Whitehaven in the Championship. A Challenge Cup winner with Hull in 2005, Thackray played in Super League with Castleford, Leeds and Crusaders, but spent the last decade in the lower leagues – with South Wales, Barrow, Workington, London and Doncaster, as well as some stints abroad, before initially hanging up his boots in 2017 at the Dons. 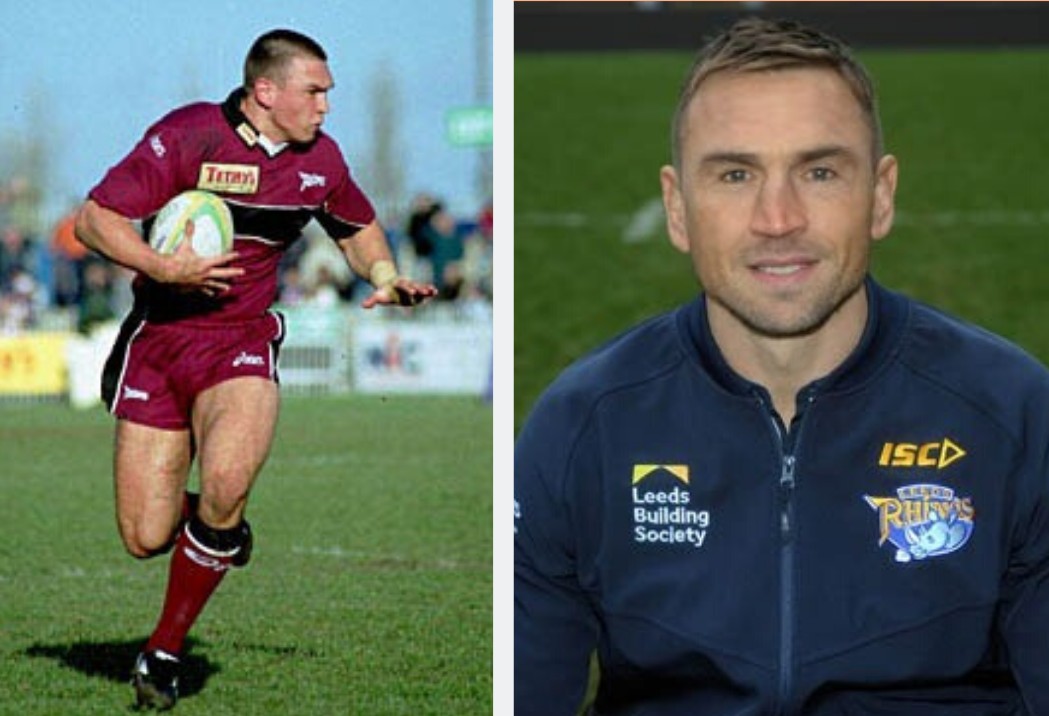 Previously with the RFL and the England set-up, Sinfield is now solely focused on driving Leeds back to the top.