Israel Folau played in his first Super League match in England during Catalans Dragons’ 34-29 against Hull FC at the KCOM Stadium.

The controversial signing of the 30-year-old was widely criticised by the Rugby Football League and Super League as he returned to the 13-man code after 10 years away when signed a 12-month contract at the Dragons in January. 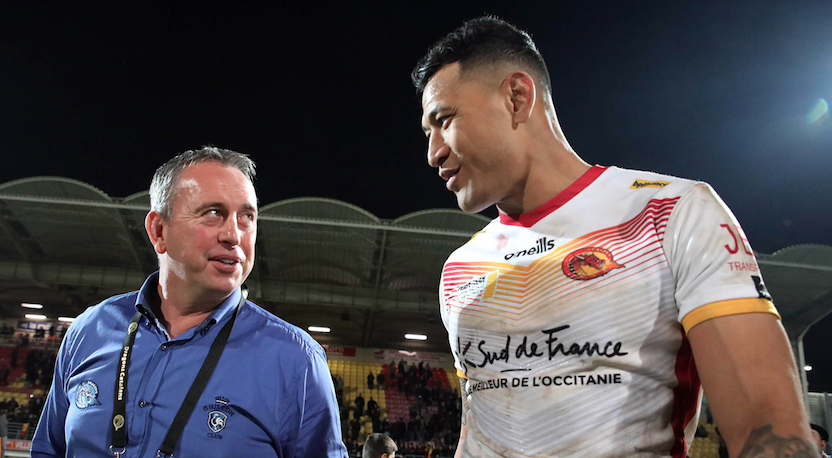 There were sporadic boos as the former Australia international warmed up before the match, however, the French outfit came out to silence before kick-off.

Folau’s first touch inside five minutes heard a chorus of displeasure from the home crowd and he was quickly wrapped up by Josh Griffin before the centre could get going.

There was no reaction with his second touch on the right edge, although Hull fans were vocal when he played a neat offload which eventually led to Catalans’ first try.

In the second half, it was Sam Tomkins who was on the receiving end of the home support’s wrath rather than Folau. 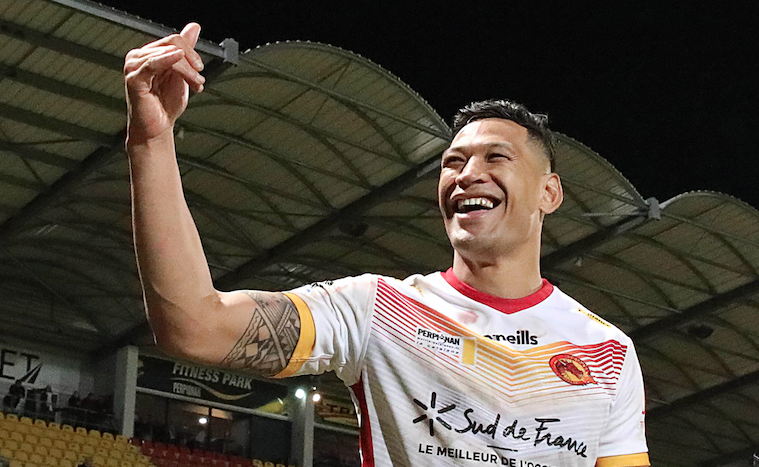 His first touch was greeted with plenty of boos, although he gained no advantage as he was dealt with by Griffin.

Folau’s main play of the first half saw the centre flick a nice offload to winger Lewis Tierney under the pressure of two defenders, which resulted in the Dragons’ first score shortly after.

He produced strong defensive tackles either side of half-time to deny Griffin and full-back Jamie Shaul before knocking back his first aerial challenge just before the hour mark, only for Benjamin Jullien to knock-on five metres from the try-line.

Catalans’ comeback came down their opposite flank as he rarely threatened in the second half but provided a telling moment at the death with a stunning catch from the short kick-off by the visitors, which saw James Maloney score the match-winning try with two minutes remaining. 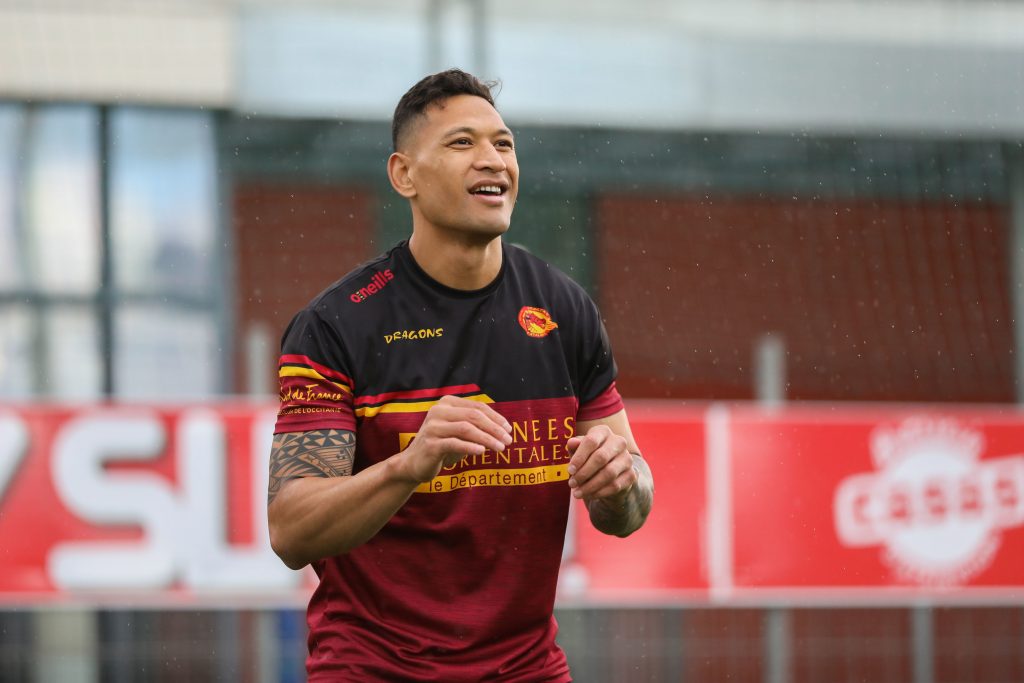 Folau struggled to make an impact at Hull with just a handful of carries for the Catalans but eventually made a telling contribution in helping the French side complete a remarkable comeback.

All the attention was on the Australian centre in the build-up, with Hull fans booing the 30-year-old in the warm-up and after his first touch.

However, there seemed few home fans who booed the Australian during the match, with Catalans’ Tomkins copping most of the home support’s attention for much of the second half.

Lee Radford: I thought we did enough to get the result