As Paul Wellens celebrates his birthday, we focus on the career of the Super League great.

Since the inception of Super League back in 1996, there is no doubt that we have seen our fair share of boisterous characters. There have been a number of players who made their presence felt due to their colourful nature. However, there are then those who go about it in their own impactful way.

These players are not necessarily the quiet type but rather the laid back type who go about getting the job done precisely, deadly and all whilst being a leader of men on the field. The one-club man that is Paul Wellens was just that.

When describing Wellens, Great Britain legend Jamie Peacock once said: “It was clear what little regard he had for his own personal safety, and I think every good full-back has to have a bit of that.”

A point that is certainly hard to argue when you look at that number one position. A need to be focused under the high ball, fearless running out from the back and unnerved in defence, proving that it takes a special kind of talent to succeed in that spot and the former St Helens man typified the role. 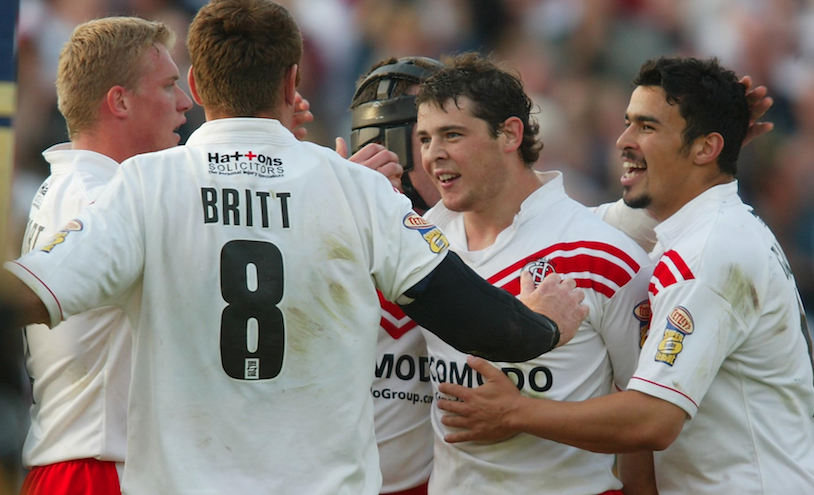 The local boy joined the youth ranks of his hometown side before making his Super League debut during the 1999 Super League season. An instantaneous impact followed, and even a Great Britain call-up was not far behind. Now, when we discuss some of Super League’s great full-backs, you will probably find it hard not to mention Wigan’s former number one, Kris Radlinski. You could probably argue until you were blue in the face about which of these players was the more impactful to be honest. However, the Wigan man was the more established international player at the time but Wellens was still able to show a fine amount of versatility with spells out on the flank, the centre position and even at hooker!

It was nothing short of a great debut season to remember as the Saints reached the Super League Grand Final for the second time and although they might have not been favourites going into the game, they still came out on top following a win over Bradford Bulls, albeit in the most dramatic of circumstances.  It would be the former Great Britain international’s first major honour in just his first ever season. Not bad all things considered, really. 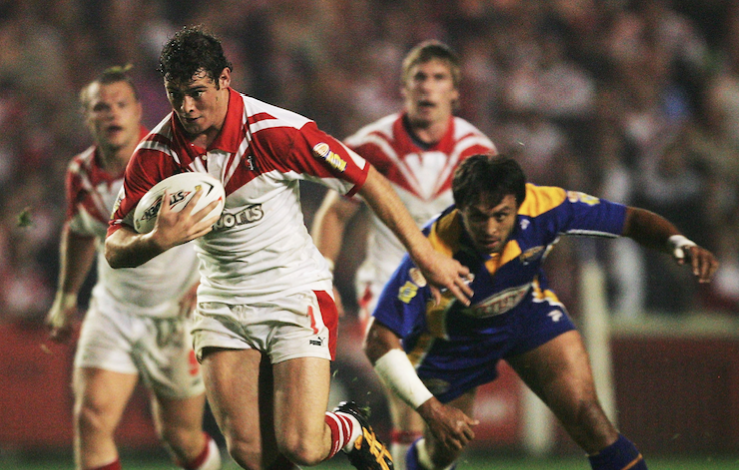 After a breakthrough year, the talented youngster – alongside a special and vintage group of players – stepped up their game to another exciting level as they contested their second straight Grand Final, making it back to back Super League titles with a win over arch rivals Wigan Warriors. The continuously impactful full-back made 28 appearances as well putting up his highest seasonal try scoring tally to date with 13. Now, two seasons into his professional rugby league career, Wellens had two Super League crowns already to his name and it was only the start to an impeccable rugby league journey.

This incredible beginning to life in professional rugby league continued over the next couple of seasons, winning the Challenge Cup in 2001 before making yet another Super League Grand Final in 2002 (a third in four years). Even though he broke his cheekbone inside the first two minutes of the Grand Final, another victory over Bradford ensured that more silverware was added to a growing trophy cabinet. 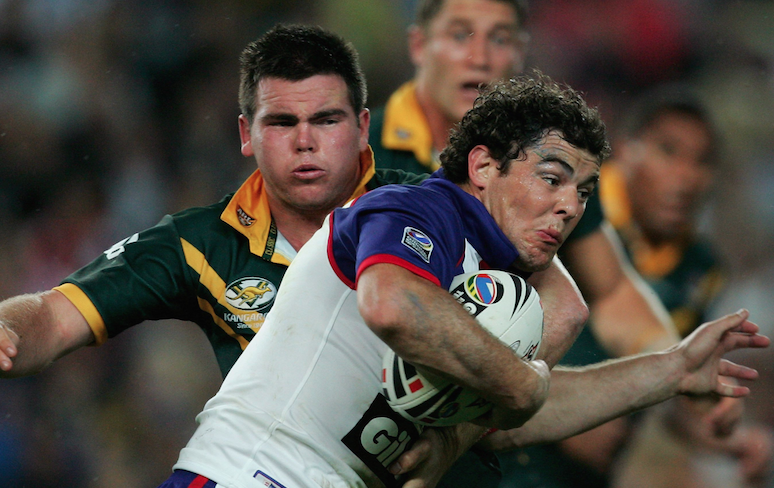 Between 2005 and 2008, we would witness a resurgence of a more than improved St Helens side, seeing him vastly becoming more recognised as a noteworthy try scorer, bagging 60 tries inside those four seasons. Alongside the 1999-02 squads, the St Helens side of 2005-08 will probably go down as one of the best teams of the Super League era, with the full-back leading the way with a string of performances that were nothing short of sensational. Throughout that time, Wellens showcased exactly why he was not only one of Super League’s elite players but also in the sport itself. The aforementioned try scoring prowess became even clearer to see alongside the qualities that made him an influential and impactful leader on the field.

The 2006 season saw the star put up his career defining season as Saints secured the elusive treble, becoming the first team to achieve the accolade in 40 years. After playing his part in the Saints 2006 Challenge Cup win, the then 26-year-old provided a huge boost towards his side’s success as he was littered with personal accolades in honour of his achievements and performances throughout a historic season. By the season’s end, he claimed the Rugby League Writers award, Super League’s Players’ Player of the Year, Saints’ Official Player of the Year, Saints’ Supporters Player of the Year and of course the big one, the Man of Steel. The season would not stop there as he put forth a grand display in Super League’s showpiece event, claiming the Harry Sunderland trophy in his side’s Grand Final win and in the end, he capped off probably one of the greatest individual seasonal performances the league has ever seen. 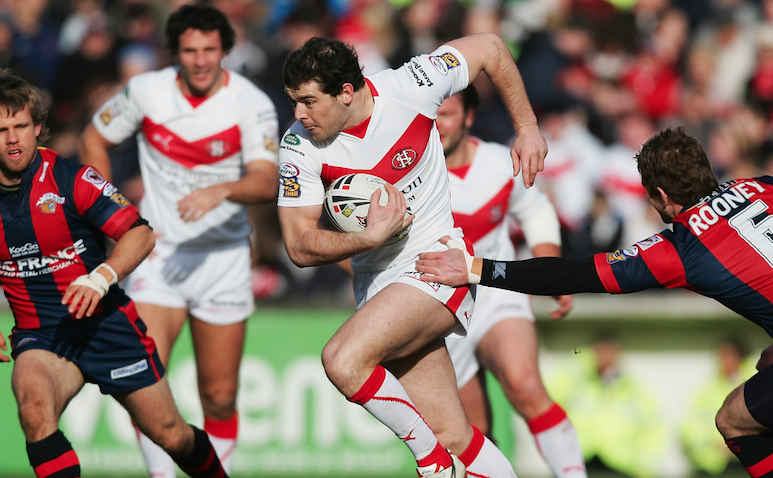 Between 2004 and 2008, Saints’ formidable presence in Challenge Cup was becoming an all too familiar sight as they went on to compete in the Cup final four times in five years, winning on three consecutive occasions between 2006 and 2008. Throughout this time, there was no questioning the impact he made, claiming the Lance Todd Trophy on two occasions (2007 and 2008) due to his impressive displays.

The icing on top of a career sprinkled with nearly every individual and team accolade he could muster, was capped off following St Helens’ 2014 Grand Final win over the old rivals, Wigan. A standout ending to eight years of pain that had seen Saints lose out on five consecutive occasions since their last Old Trafford win in 2006. A fitting end to a record-breaking season for the standout man. 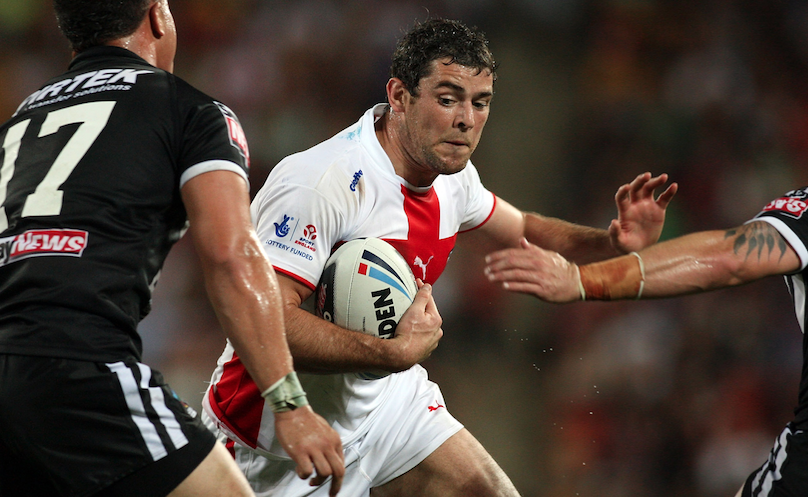 He made a total of 499 appearances, scoring 1,005 points and claiming five Super League titles, five Challenge Cups and two World Club Challenges, alongside a host of personal achievements. Despite playing a few games in 2015, he eventually hung up his boots due to a reoccuring hip injury. Looking back, there was never a specific trait that just stood out when it came to the former Great Britain international, it was more his complete all-round game that did all the talking. Whether that was putting his name on the scoresheet, quick thinking in defence or his general kicking game – there was not much Wellens did not excel at in some form or another. Never the flashiest full-back to watch but his knowledge and eye for the game made him stand above the rest.

There would be no doubt that throughout his 15 seasons in the league, he became an influential figure during an era of trophy laden success for a highly talented St Helens side. The versatility shone throughout a stellar playing career. A one-club man and a master of all trades, who quickly became one of St Helens’ defining stars and one of the game’s all-time greats.

Wellens will certainly live long in the memory of the great game. 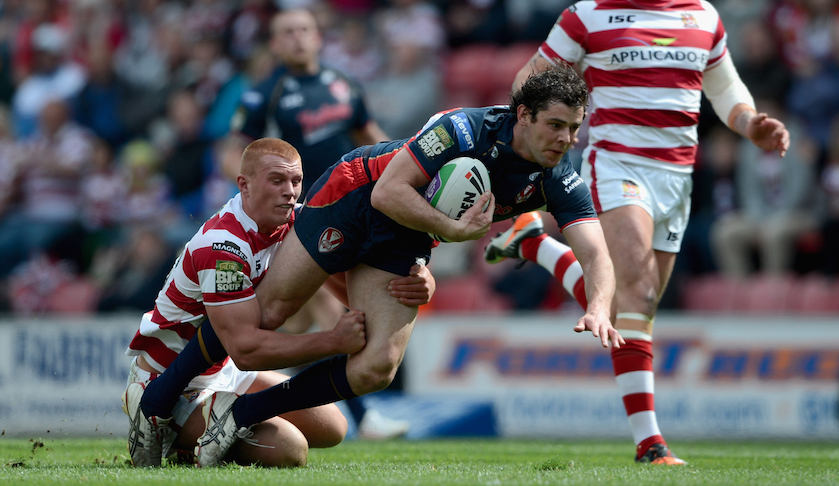