Price’s men lost at home to Castleford in 2019 and suffered a surprise loss to Hull in last year’s elimination play-off.They will once more have home advantage and will be clear favourites against the Robins in the sudden-death tie but Steve Price is wary of a side coached by Tony Smith, who steered Warrington to three Grand Finals during his time at the club.

“They are certainly not underdogs.” said Price, who is hoping to mastermind a maiden Grand Final victory in his last year with the club. “Any team who is still alive this time of year, you certainly don’t underestimate.

“They have a coach there in Tony, who has been around the game for a very long time and we have a lot of respect for.

“Also, they have a lot of quality players. Their left side is one of the most potent left-side attacks in the competition. We need to be on high alert.

“They have a good team and we need to be at our best.”

Smith has transformed the fortunes of Hull KR, turning them from wooden spoonists in 2020 into a top-six team and he says they are not finished yet.

“We just want to keep going, we’re enjoying what we’re doing,” he said. “It’s fun to come to work.

“I don’t think there’ll be many people outside of ourselves who will give us a chance this week, that was probably the case at the start of the year.

“The players were able to prove some of that wrong and it would be nice for that to continue.”

Smith hopes to have loose forward George Lawler back after missing the last three games with a dislocated thumb and will also give late fitness checks to front-rowers Will Maher (hamstring), Albert Vete (calf) and Korbin Sims (leg).

Hull KR are definitely without hooker Matt Parcell, who sustained a pectoral injury in the defeat at Leeds which saw him join Adam Quinlan, Ryan Hall, Greg Minikin, Elliot Minchella, Ethan Ryan and Dean Hadley on the sidelines.

Warrington, on the other hand, are virtually at full strength, with the return of hookers Daryl Clark and Danny Walker and centre Toby King.

Their only absentee is prop Mike Cooper, who misses out through suspension. That is likely to mean more game time for former Hull KR front rower Robbie Mulhern, who has featured in all but three of the club’s 24 matches in his first season at the club.

“I feel Rob’s got better towards the back end of the season,” said Price. 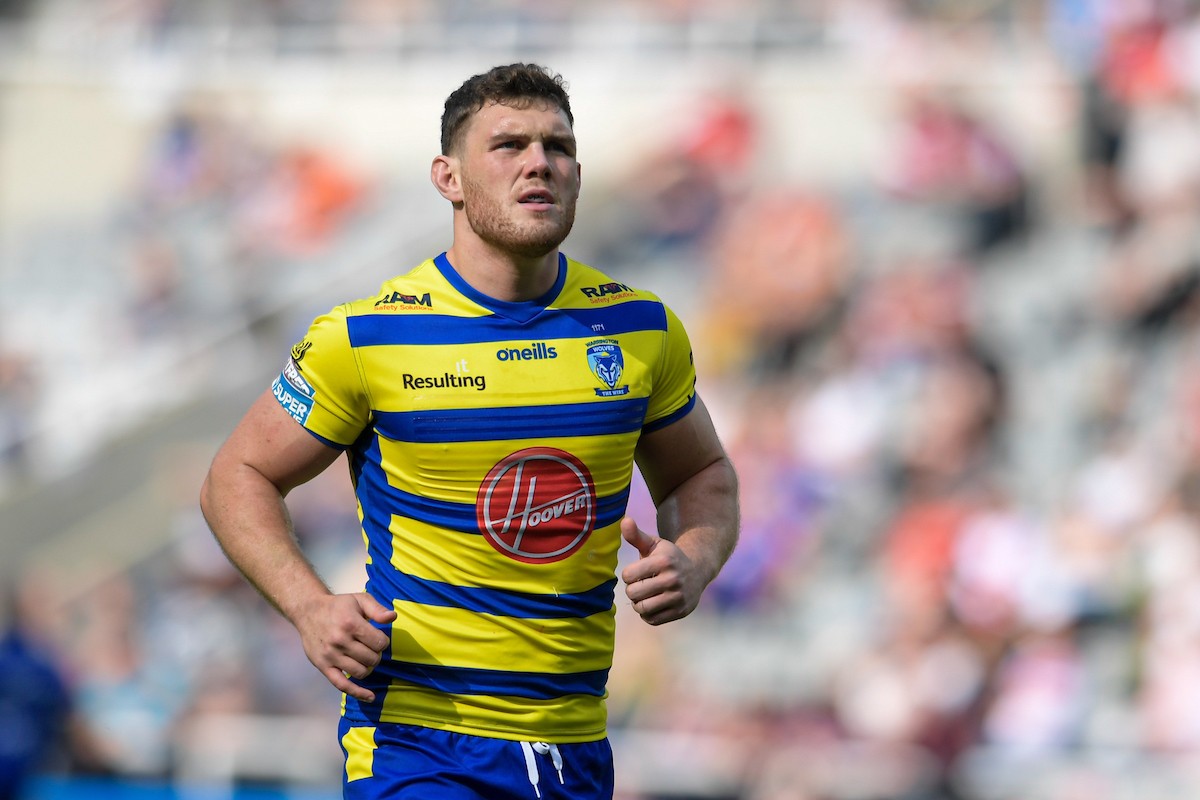 “He had a bit of a rough time with Covid. He got quite ill but now he’s back to full fitness and is loving his rugby.

“He’s happy and the boys love playing with him, too. He’s in a good place and he’s enjoying himself at the Wolves.”

The prize for the winners is a trip to either Catalans Dragons or St Helens in next week’s semi-finals.