Hull KR produced one of the best performances since the Super League restart with a stunning 34-18 win over Wigan.

Without a win in the league since January, the Robins dismantled the leaders with a ruthless display in the middle period of the match to which Adrian Lam’s side had no answer.

Though bottom of Super League, Hull KR have gained plaudits for their enterprising play since the return of the competition, attributed in some quarters by the removal of relegation and the pressures that brings. 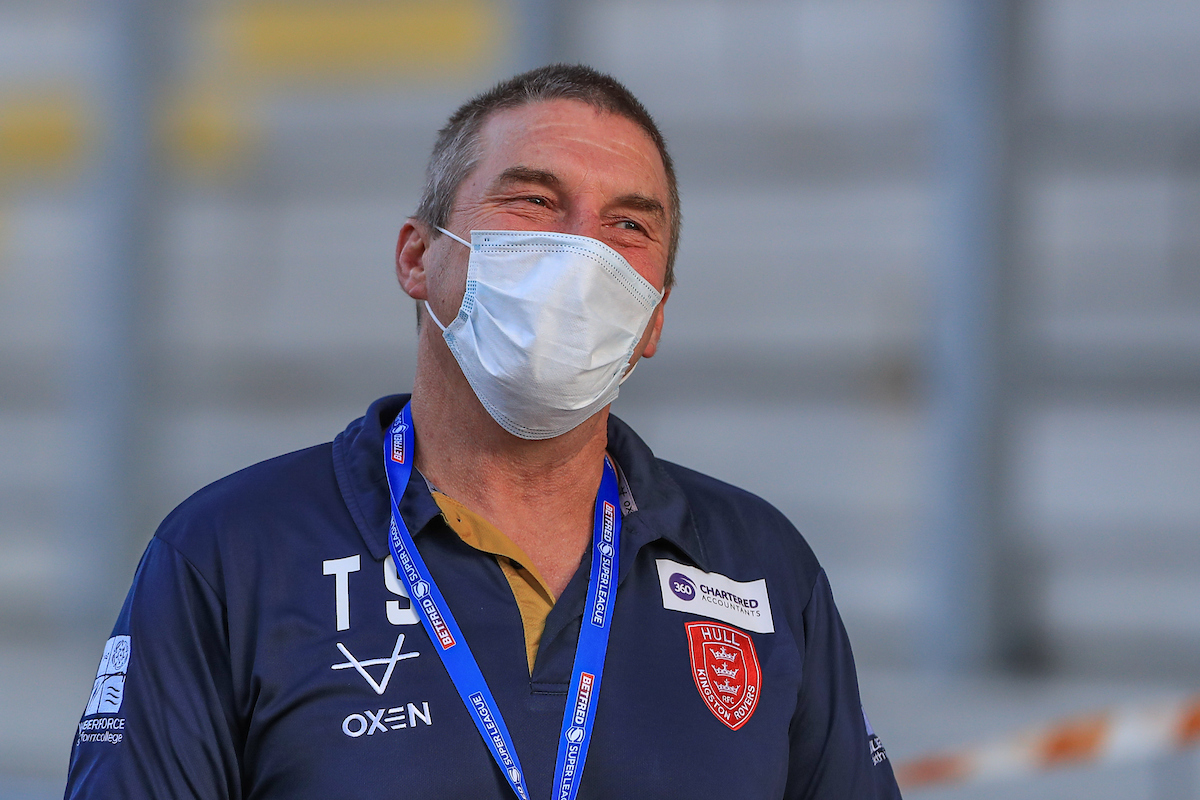 If they can make it stick like this next season, then the prospect of relegation may not even be a consideration.

Jordan Abdull had the ball on a string, evoking memories of some of the magic he provided in London’s brave effort against the drop last season. His wonderful offload out of the back door for Hull KR’s third try gave them the confidence that maybe they would get the rewards for having a go, and so it proved.

They had started on the back foot, defending stoutly for the opening 10 minutes only to be breached from close range when Sam Powell crashed over off Harry Smith’s short ball from dummy half.

It was an Abdull kick that changed the pattern of the opening quarter, and while it just didn’t find touch for a relieving 40/20, the Rovers chase was good enough to pin Wigan back and a few tackles later, an error by Liam Farrell gave them their first real look at the Wigan line.

While a shift left broke down, the same attacking pattern would reap rewards in the second of the three tries they scored inside six minutes. 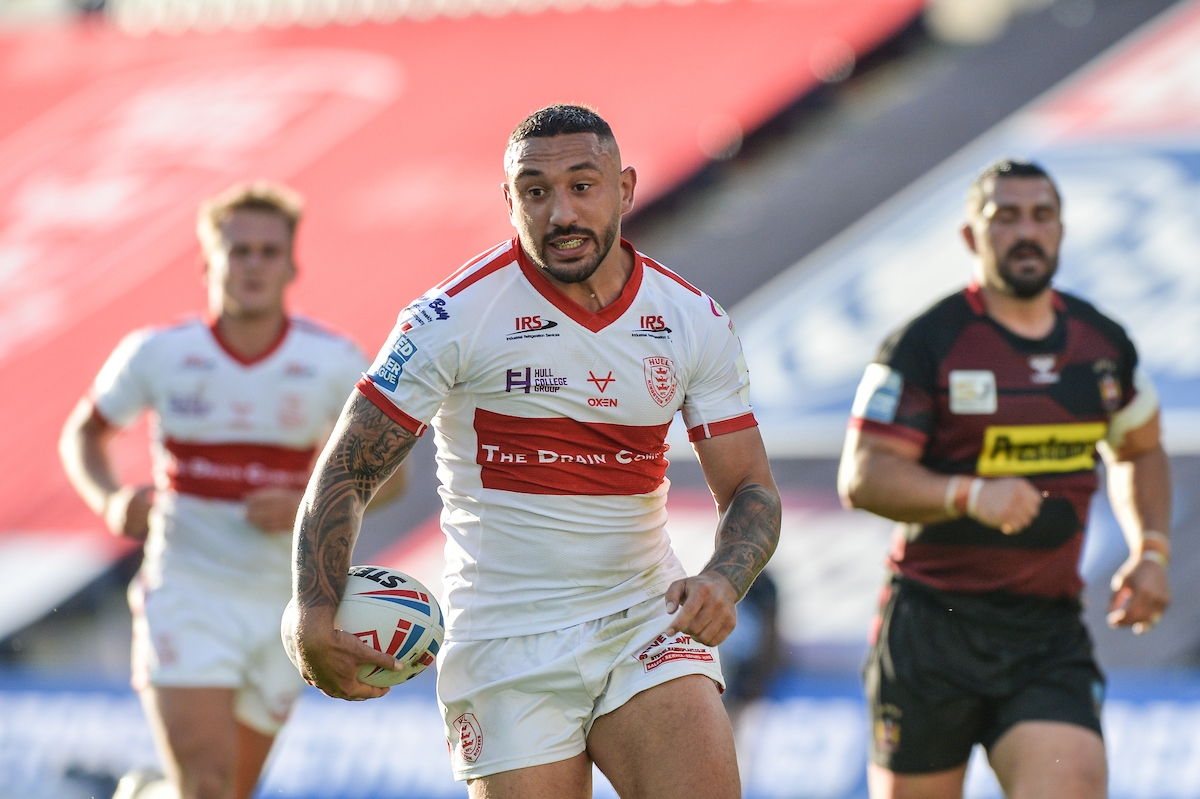 The first came when Elliott Minchella backed up a Jez Litten break for 6-6, only moments after a clever bit of improvised play by Smith had threatened the Rovers line at the other end; and then another Wigan error presented the field position and this time Kane Linnett made it stick to Greg Minikin in the left corner.

Minchella crossed for his second try on 23 minutes, showing enough pace to get past French after Abdull’s trickery and all of a sudden, Rovers led 16-6.

Wigan responded through Smith three minutes later, after a one-two with Isa, before the game settled down until the Robins scored right on the hooter. There was a hint of a knock-on by Mikey Lewis, who had moments earlier been receiving treatment following a late hit from Joe Greenwood, but the referee played on and a few tackles later, Linnett and Minikin combined again to score. 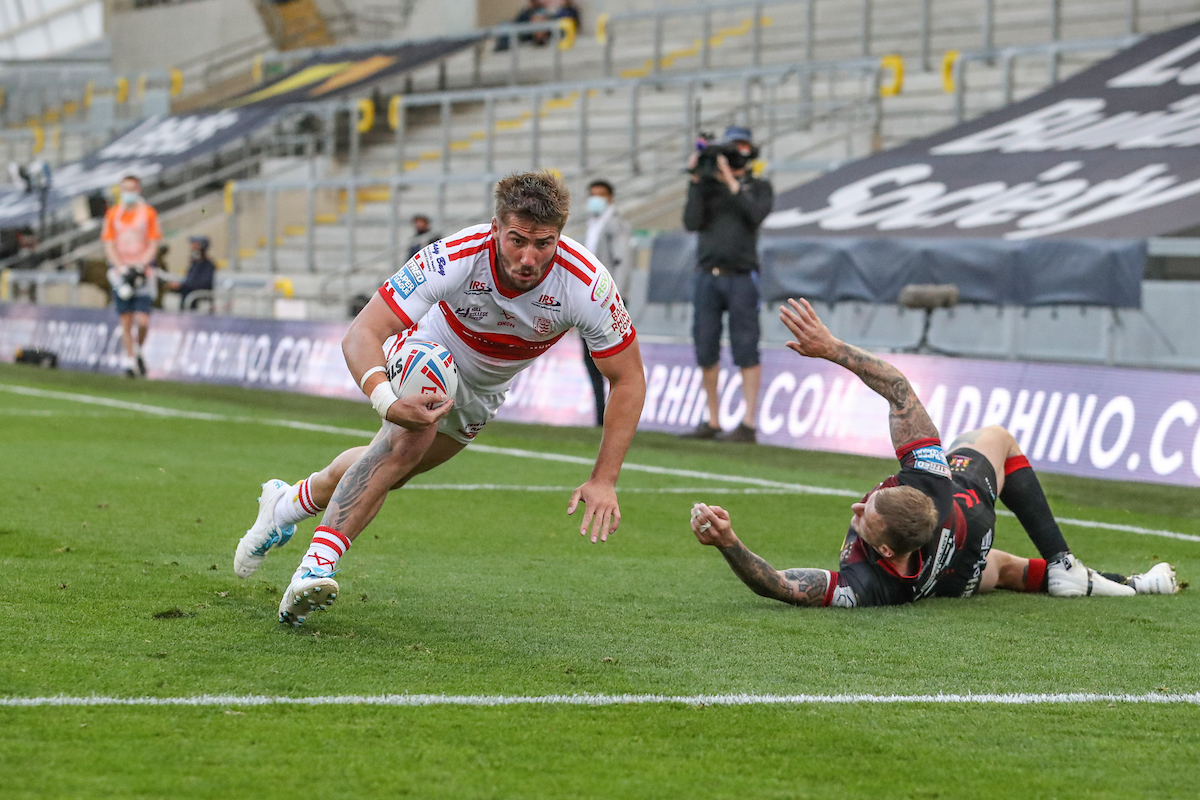 Within six minutes of the restart, 22-12 had become 32-12 as the Robins were rampant. The first try was again credit to Abdull’s ability to carry the ball one-handed in his left paw, despite the attention of a few defenders bringing him to his knees, he kept the ball carrying arm off the ground and free and popped it up for Dean Hadley.

And when Minikin completed his hat-trick on 46 minutes, one could only imagine how a packed Craven Park would have reacted.

Shell-shocked Wigan had no response and it took them until the final 15 minutes to muster a sustained period of pressure on the Robins line, and even when Jackson Hastings got over the line, three defenders were there to hold him up.

Hastings did get his try, after Shaun Kenny-Dowall was sinbinned for a professional foul as the Robins desperately tried to keep the Warriors out, though even with nine minutes left, there wasn’t enough time for it to materialise.