Leeds Rhinos strengthened their spot in the play-offs with a 28-20 victory over Hull KR at Craven Park.

It was a fiery clash that sadly led to more injuries within both camps, including England World Cup hopeful Harry Newman. Danny McGuire, who faced his former club for the first time as interim boss of Hull KR, went into the game without 11 players due to injuries and that list continues.

Ryan Hall returned for the hosts after missing the last two games through injury. Scotland international Kane Linnett also made his return from a lengthy lay-off. It was another new half-back partnership for the Robins. This time Jez Litten lining up alongside Elliot Minchella, with no Rowan Milnes.

Half-back Blake Austin returned from injury for Leeds and was named on the bench. Liam Tindall replaced the suspended David Fusitu’a on the wing. Brad Dwyer named at starting hooker.

Matt Parcell opened the scoring inside the first three minutes. The dummy-half did it all himself against his former club capitalising on an early error from the Rhinos. Sam Wood taking on the kicking duties and converting his first attempt.

Hall was next to score against his former club for his 12th try of the season on nine minutes. The former Leeds man grounding a kick from Litten to score in the corner. Soon after, skipper Shaun Kenny-Dowall left the field through injury and was replaced by Will Tate.

Dwyer made the most of his start to score Leeds’ first on 14 minutes. The off-contract hooker broke the line and ran around the full-back to score his sixth of the season.

Having missed the last 11 games, Linnett marked his return with a try on 18 minutes. Litten once again the provider from the boot.

Richie Myler hit back on 23 minutes for the Rhinos. The half-back slicing through with ease to reduce the deficit to two. The Ireland World Cup hopeful then crossed for his second just four minutes later, giving Leeds their first lead.

Bodene Thompson, Cameron Smith and Greg Richards all left the field through injury before the break. 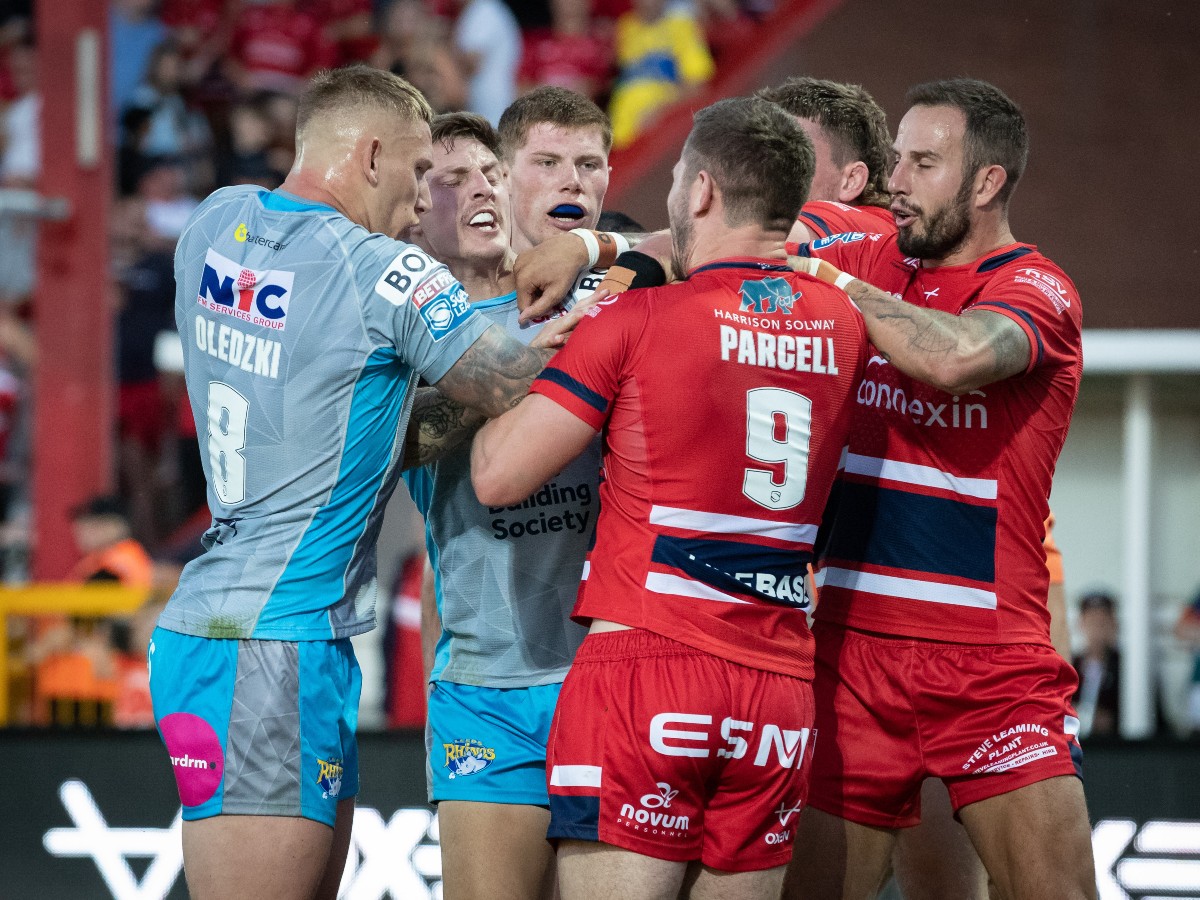 Morgan Gannon continued Leeds’ points scoring just three minutes into the second 40. The youngster crossing for his fourth try of the season.

Surprisingly, the first sin-bin didn’t come until the 56th minutes. Mikolaj Oledzki was sent for 10 for a ruck infringement.

Another injury blow came in the second half, with Leeds centre Newman leaving the field with a hamstring issue.

Despite being a man down, Gannon sprinted away for his second of the game on 63 minutes to extend his side’s lead to 28-14.

Litten provided yet another Hull KR try on 69 minutes, feeding Wood through a gap to score to set up an exciting finish. However, the Rhinos held strong to strengthen their spot at sixth place in the Super League table.