Lewis Murphy scored a hat-trick of tries as Wakefield defeated Hull 26-18 at the MKM Stadium to all-but secure their Super League survival.

Willie Poching’s side have been in good form of late and this victory, their third win in four matches, pushes Toulouse closer to relegation, with the French side losing 52-6 away to Wigan.

Trinity looked slick with the ball, carving out opportunities down both edges, with young livewire winger Murphy a major threat and former Hull half-back Jacob Miller pulling the strings brilliantly alongside Mason Lino.

It was a performance full of desperation, and in the end they simply had too much for the Black and Whites, who were left picking over the bones of another toothless display which has put another huge dent into their faint hopes of making the play-offs this year.

This was a fifth defeat in their last six games for Brett Hodgson’s men and their fourth consecutive home loss. They sit ninth in the Super League table.

Ben McNamara made his long-awaited return from injury to start in the halves alongside Luke Gale. Back-rower Manu Ma’u also started, while Scott Taylor made his 300th Super League appearance.

Jamie Shaul was unable to play against his parent club as Max Jowitt replaced him at full-back. David Fifita was also brought into the side.

Trinity struck first through Murphy. The winger dived over acrobatically in the left corner. The visitors soon doubled their tally down the other flank through Lee Kershaw to make it a 12-point advantage.

Hull found some energy and hit back through Ben McNamara, who dived on a loose ball to cut the gap to six, but Wakefield would have the final say of the first half thanks to Murphy.

The youngster grabbed his second try of the night after a high kick ricocheted fortuitously off Lee Gaskell’s head in the build up to give the visitors a 10-point lead at the break. 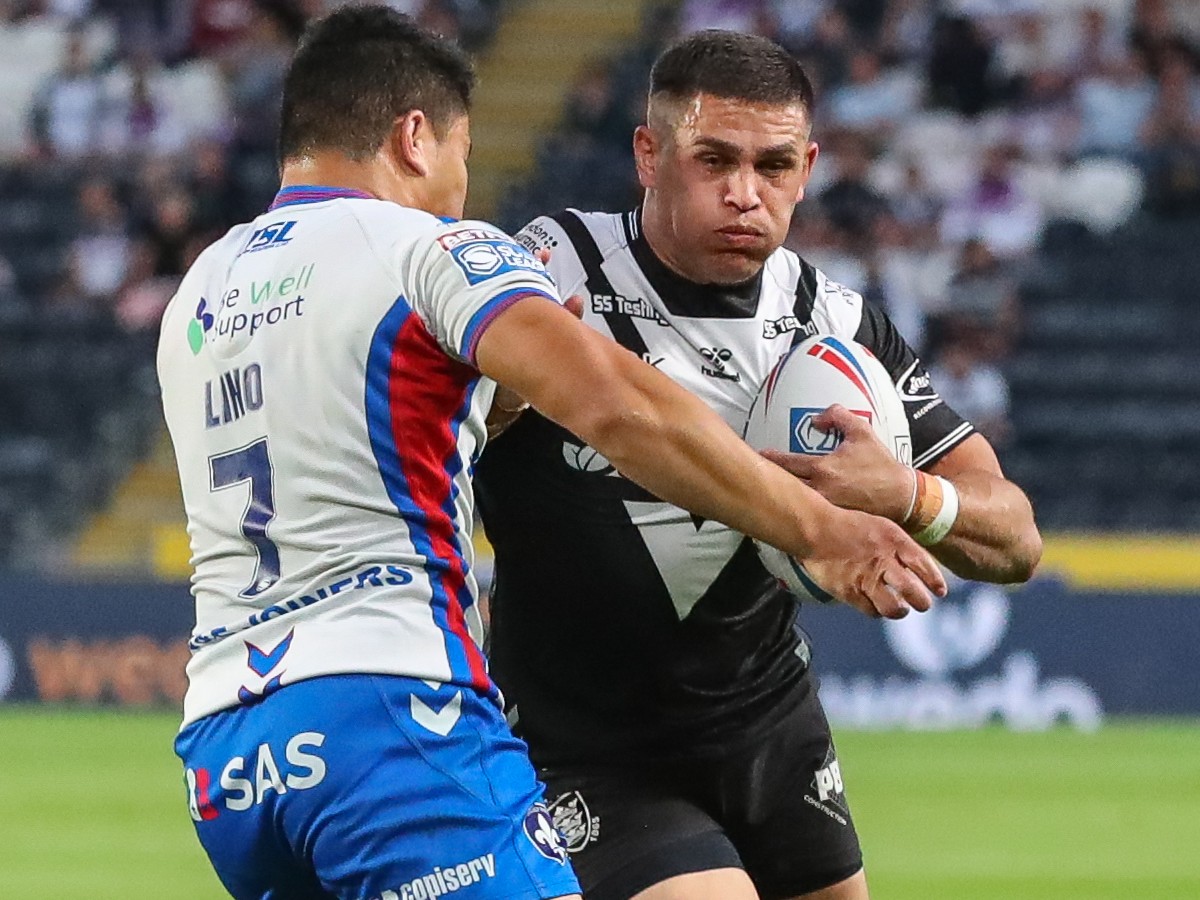 Wakefield made a flying start to the second half. Scotland international Liam Hood scoring following a lovely offload from Corey Hall in the in-goal. Murphy then grabbed his third, mopping up a loose ball from Gaskell after an unforced error from Hull.

The Wakefield flyer almost grabbed a fourth try but was ruled to have lost the ball by the video referee. From there the home side rallied, scoring two consolation tries through Ellis Longstaff and Chris Satae.