When Ben Westwood arrived at Warrington, alongside Wakefield team-mate Nathan Wood, the Wolves were playing in the decrepit Wilderspool and staring down the barrel of Super League relegation.

His home debut, against Wigan, was played in front of 6,100 – a far cry from the 66,281 that saw the same two teams fight it out at Old Trafford in the 2013 Super League Grand Final, with Westwood starting in the back-row.

When he hangs up his boots at the end of 2019, Westwood leaves the Wolves at their established, modern Halliwell Jones Stadium home, with at least three Challenge Cup titles during his spell and two league leaders’ shield – he won’t be the only one hoping that Warrington can end their 64-year wait to be called champions. 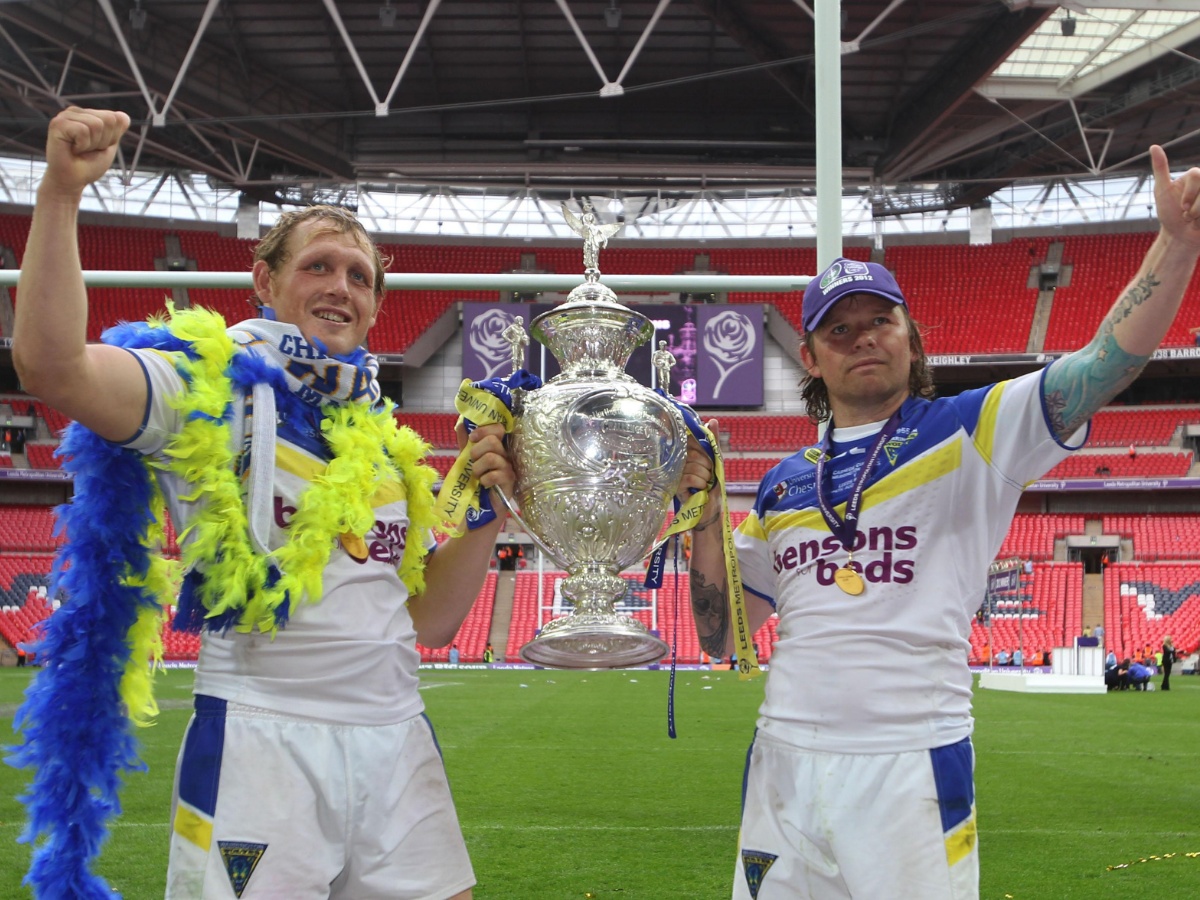 On his retirement announcement, co-captain Chris Hill said of Westwood: “If you ask Ben, he says he saved this club, and he probably did in a way, playing a massive part in the move from Wilderspool to the HJ.

“We always make a joke of how much he has done but, if you look back, he is part of the furniture and will be sadly missed at the end of the season.

“He knows the time is right though. The way he has played the game for the last 20 years is going to have taken its toll. He’s done so much for the sport.

Even in a rugby league town like Warrington, it’s no mean feat for a player to be well known even by those who don’t have much of an interest in the sport.

Westwood has achieved that. While opposition fans love to hate him, his no nonsense, passionate and enthusiastic performances have not only helped steer the Wolves as a club in the right direction, but they have earned him individual acclaim, in the shape of Great Britain and England caps and a place in the Super League Dream Team. 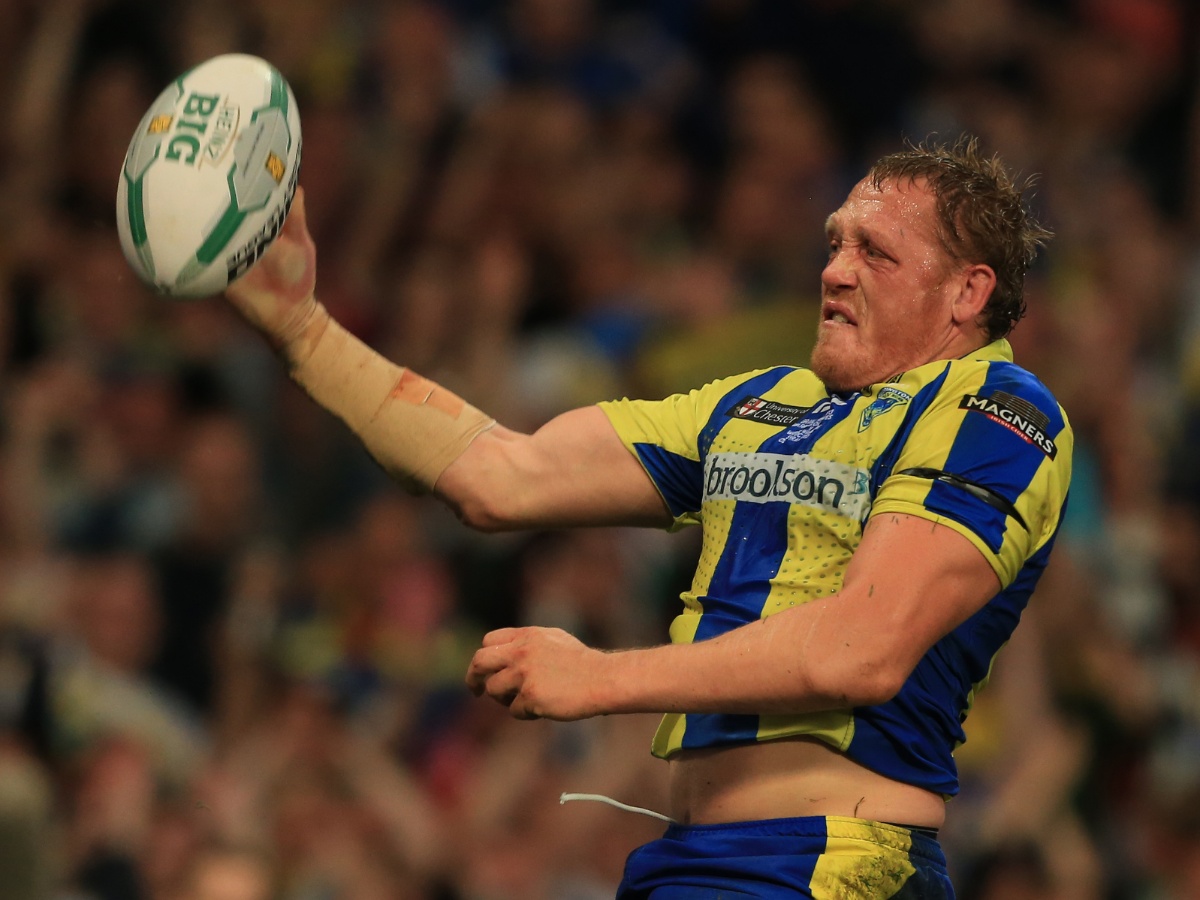 My first memory of Westwood was as a hot-headed centre from Yorkshire, who was very fortunate not to get sent off in a Challenge Cup tie between Wakefield and Widnes for a forearm smash on Vikings full-back Paul Atcheson.

After moving to Warrington at the age of 20, he soon made the move to the pack, becoming one of the most fearsome tacklers and forwards in Super League.

Last season, he chalked up his 500th career appearance.

Hill added: “For me, coming into the club, he has helped me a lot. He took me under his wing. Everyone knows he’s not the best trainer in the world but you can learn a lot from him, mainly how not to do things in the gym.

“His professionalism over the years has got him to where he is today, still with a big part to play.

“He’s probably one of the last of the old breed. He’s put his body on the line for many years for club and country.

“If you ever think you are down and out Bennie is always there to take that carry.

“He’s been an absolute pleasure to play with and a good friend too. His laugh is what stands him out from everyone else for me; his big loud laugh and personality. I wish him well for the future.”

By his own admission, Westwood didn’t expect to move his whole life over the Pennines when he first joined the Wolves.

In 2013, he celebrated his testimonial. It was at the start of that season that I spent some time in his company for the first time – other than group or quick post-match or press-conference chats – and my opinion of him significantly changed for the better. 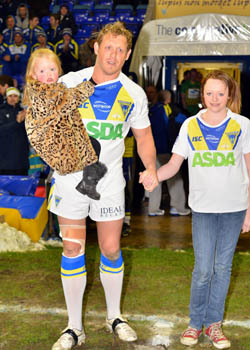 It’s well noted that rugby league needs characters in the modern age, and Westwood certainly was one of them.

About James Gordon 7070 Articles
Love Rugby League editor. Founded the website back in 2005. Worked with a range of clubs and sponsors during that time. Also commentates for BBC.
Website Twitter LinkedIn

Writing was on the wall for Tony Smith after shock announcement