We’re creating how each nation could line-up ahead of the World Cup, in collaboration with He Can Play For. This week, it’s Lebanon!

In these weekly feature pieces, we are selecting our predicted side who can represent Lebanon. This can include players born in that country, with heritage to the nation or even residency.

How Lebanon could line-up at the World Cup 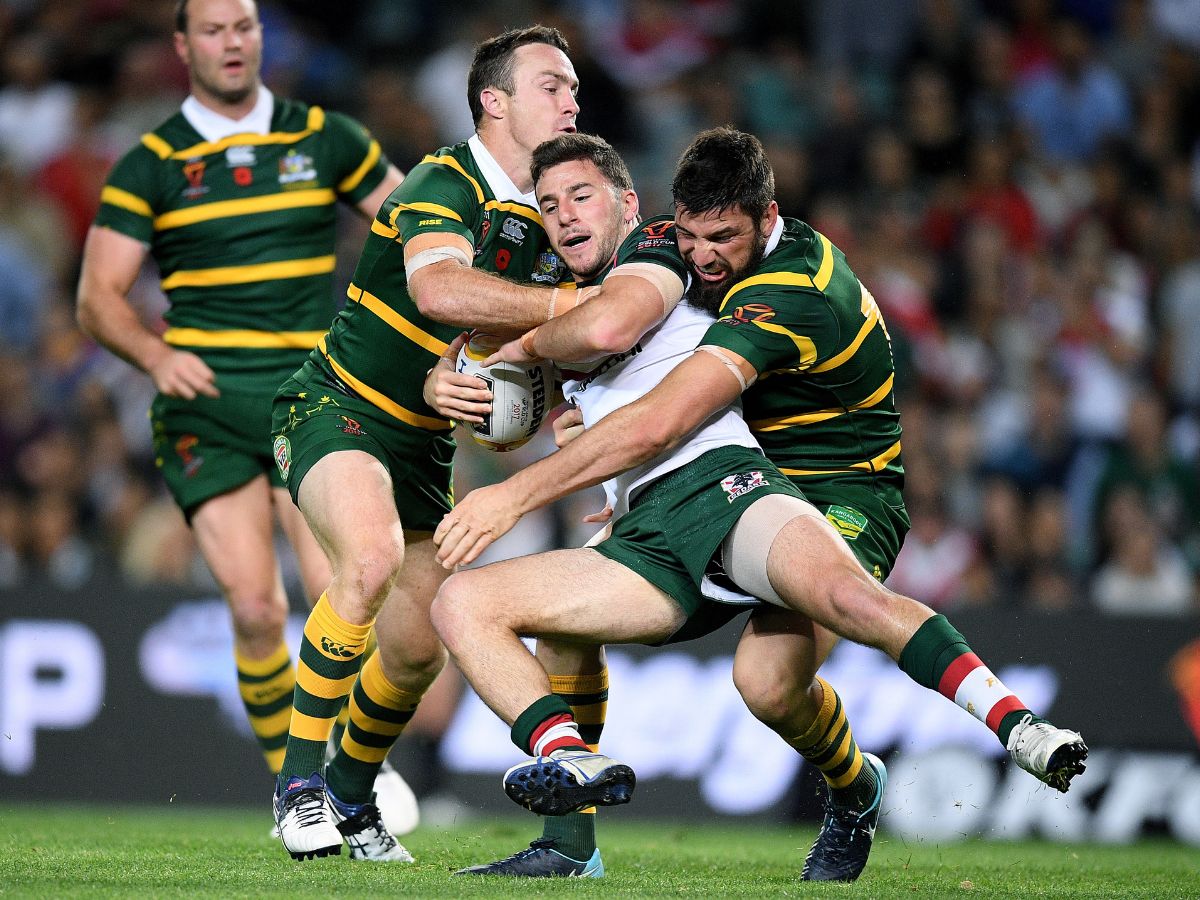 Layoun is one of the best players Down Under who has never played a game in the NRL.

The 25-year-old is currently playing for the Penrith Panthers in the lower grades and you feel his NRL debut is not too far around the corner.

Layoun, a former Australian Schoolboy, has won four caps for Lebanon and played in the last World Cup in 2017. 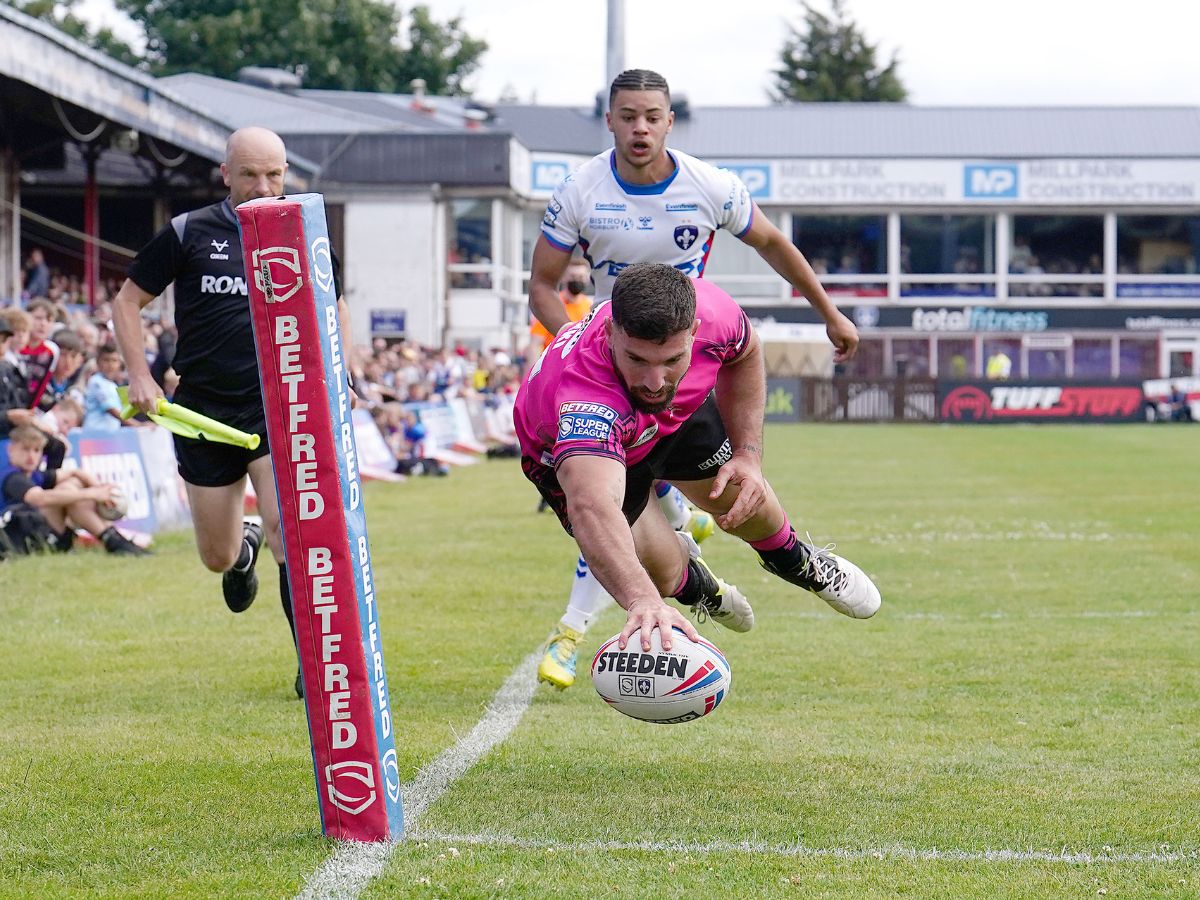 Wigan winger Miski was born in Penrith to Lebanese parents, who migrated to Australia when they were in their 20s.

He has won nine caps for Lebanon and was part of their 2017 World Cup squad.

Speaking to Love Rugby League, Miski said: “My parents were very proud of me playing for Lebanon. I guess it brought back some memories for them. I guess a parent’s worst nightmare is their kids losing touch with their heritage so he was very proud of me. I’m glad I got to pull on that jersey.” 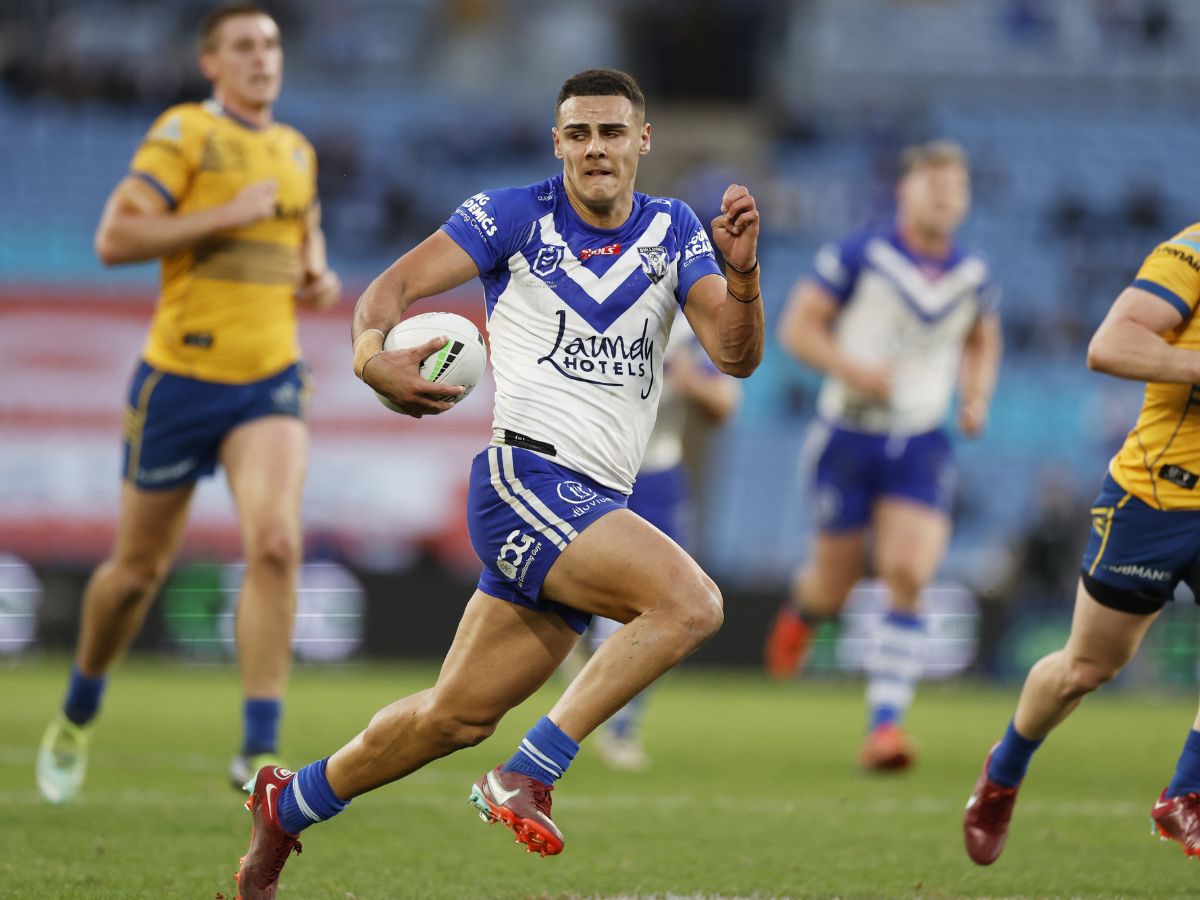 The 20-year-old made his international debut for Lebanon in 2019 – three years before his NRL debut for Canterbury Bulldogs.

Kiraz is expected to play in his first World Cup for the Cedars this autumn, having played in the Nines World Cup in 2019.

Morkos is only 19 and is yet to make his NRL debut for Canberra Raiders, but he is highly regarded in rugby league circles Down Under.

Morkos could represent his Lebanese heritage at this year’s World Cup. Who knows, could a good World Cup campaign help give him his highly-anticipated NRL debut? 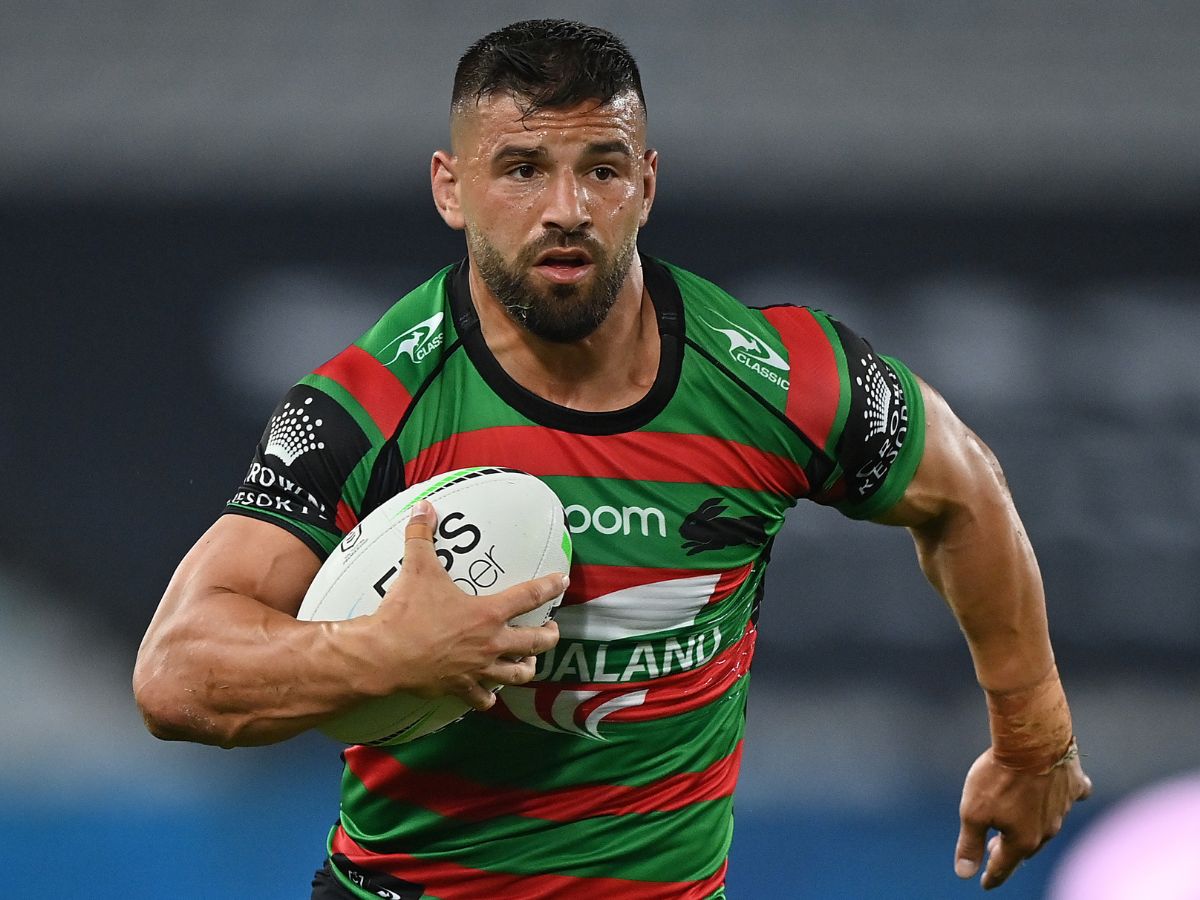 Canterbury-born Mansour is of Lebanese and Cuban descent through his father, Fidel, who was born north of Beirut. He is also of Portuguese heritage through his mother, Angie, who was born in the Madeira archipelago.

The South Sydney Rabbitohs winger actually made his international debut for Lebanon in 2009, scoring three tries in as many games.

Could the NRL star represent his Lebanese roots once again this autumn? 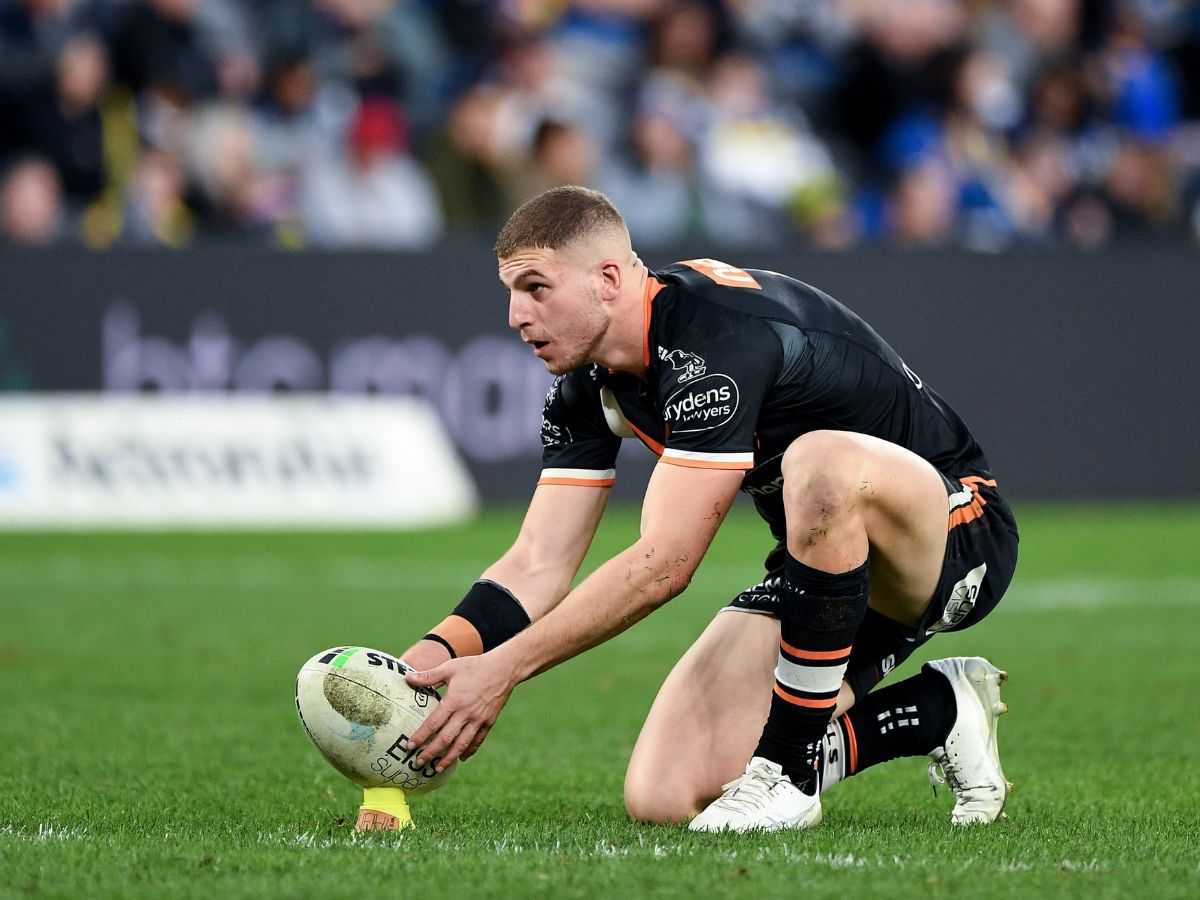 Doueihi was born in Australia but is of Lebanese heritage through his grandparents, who are from Zgharta.

The 23-year-old, who can play full-back, centre or half-back, played for the Cedars at the 2017 World Cup. Despite only being 23, Doueihi has already made more than 70 appearances in the NRL for the Rabbitohs and Tigers.

BACK IN 2018: Adam Doueihi is a future NRL star 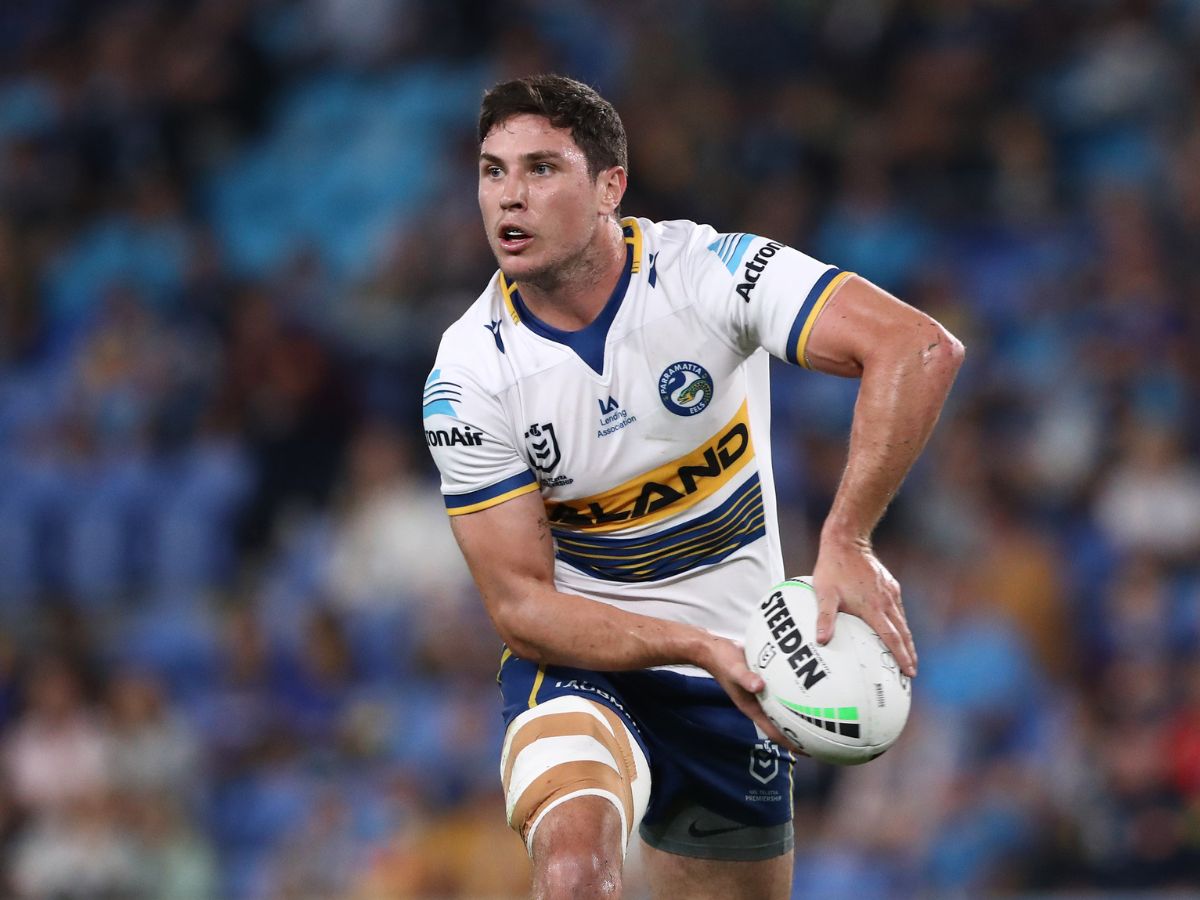 Moses is of Lebanese heritage and is the nephew of Balmain’s Tripoli-born legend Benny Elias.

The 27-year-old is the most high-profile player in this Lebanon line-up, having made almost 200 appearances in the NRL for the Tigers and Eels.

He won four caps for Lebanon at the 2017 World Cup, before representing Australia at the Nines World Cup in 2019.

Moses will be a key figure if the Cedars are going to have a strong World Cup campaign. 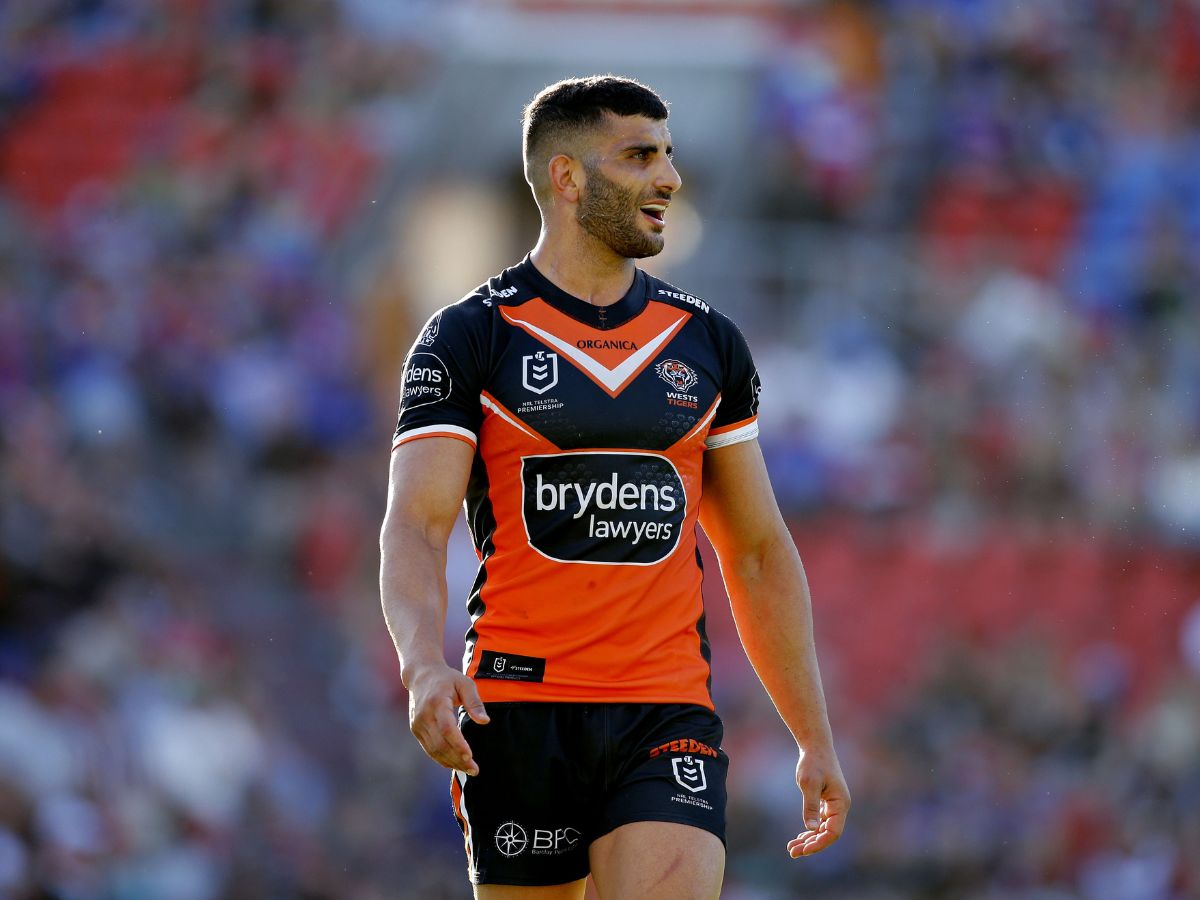 Twal has become known for his tremendous work ethic in the NRL since making his debut in 2017. The 26-year-old has already played more than 100 first-grade games for the Tigers.

Twal played in all four of Lebanon’s games in the last World Cup. He has the most experience out of all of Lebanon’s young forwards, so he will be an important part of Michael Cheika’s side.

Ghantous is a rising talent, who has plenty of tricks up his sleeve. He is currently playing in the junior ranks at Canterbury Bulldogs and you would expect his NRL debut isn’t too far away.

The dummy half helped Lebanon claim the Elias-Fenech trophy in their mid-season win over Malta. He’ll have a big part to play at the World Cup. 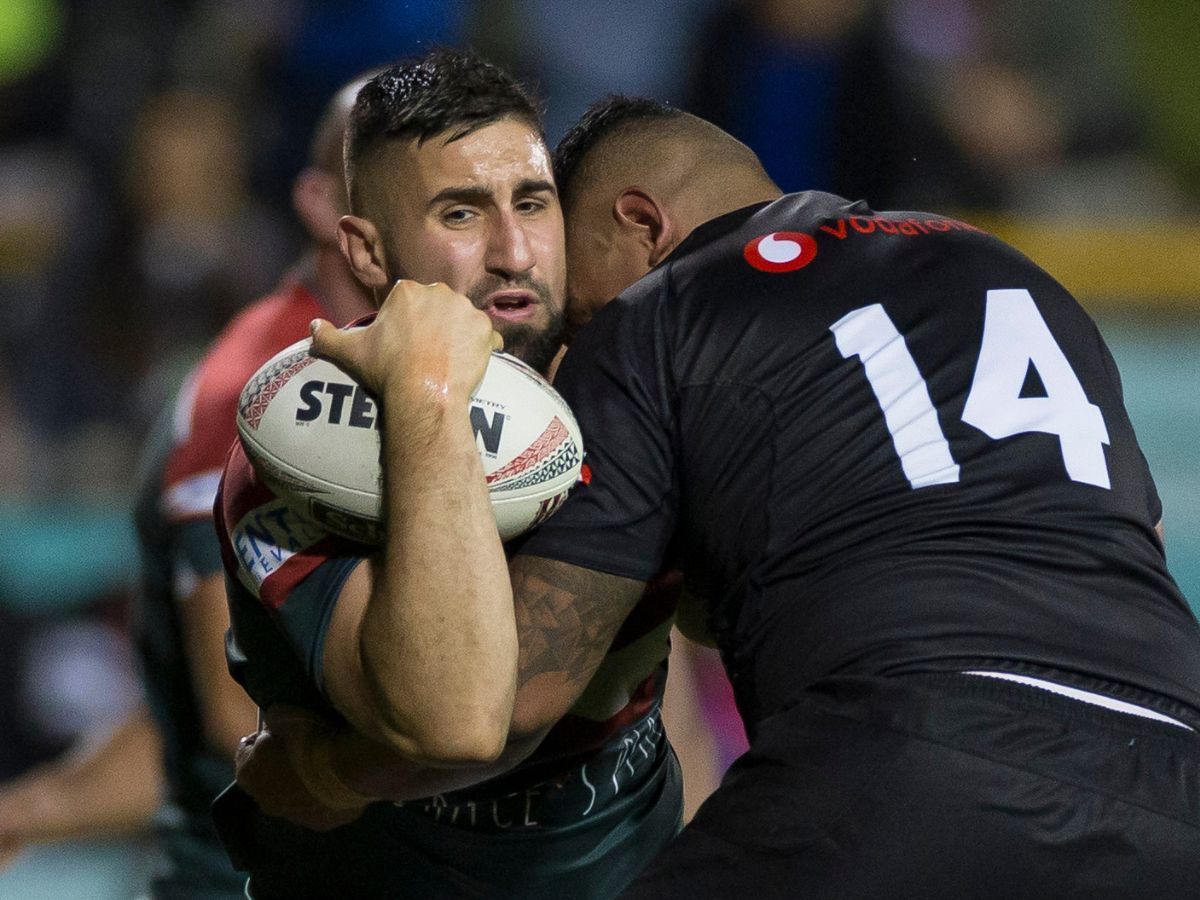 Kalache currently players for the Mounties in the New South Wales Cup. He is the only Lebanese international prop playing in that competition.

The 24-year-old made his international debut for the Cedars in a mid-season test against Fiji in 2019, and represented his heritage at the Nines World Cup in the same year. Kalache could play in his first World Cup this autumn. 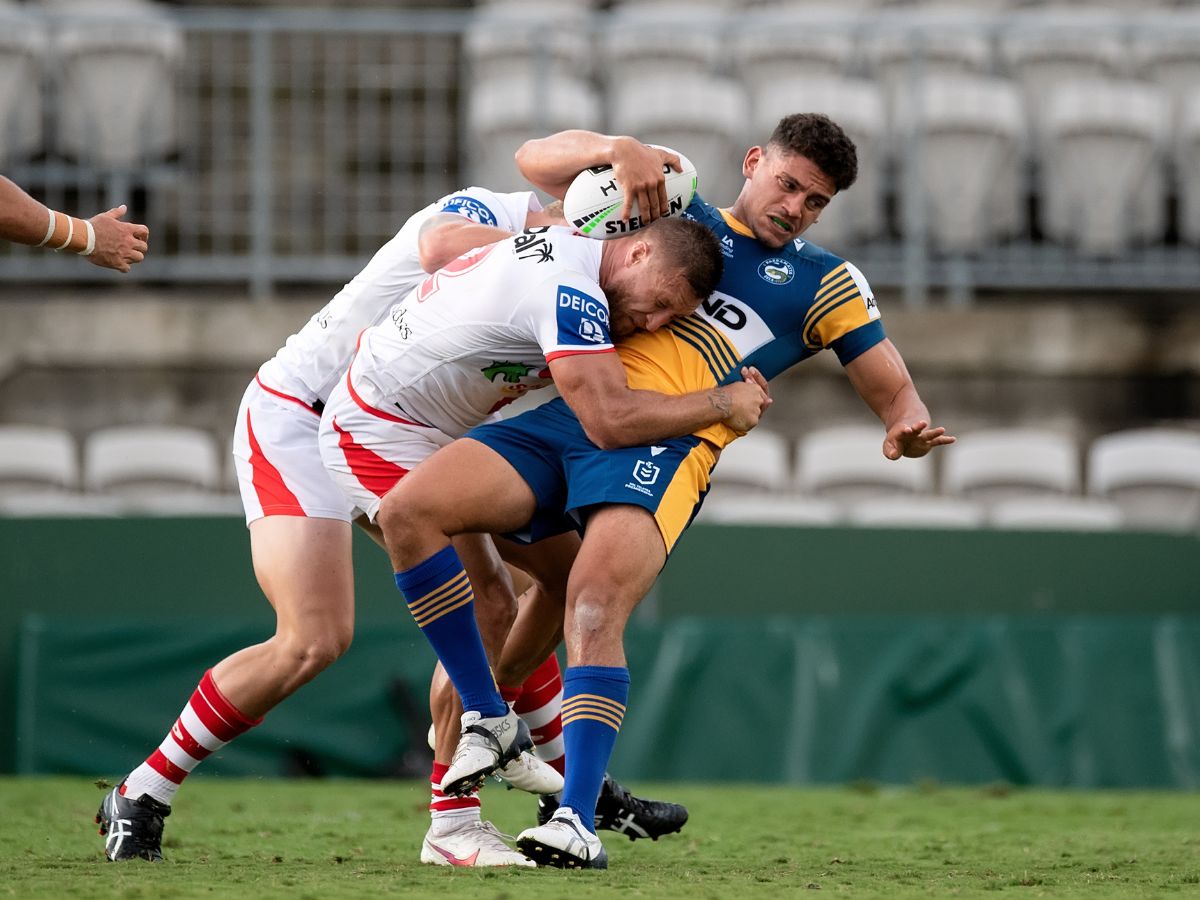 Tasipale is currently playing in the New South Wales Cup for Newtown Jets, who are Cronulla’s feeder club.

He is eligible to represent Lebanon through his family, although he is yet to make his international debut. Tasipale has previously been in the system at Parramatta Eels.

The 24-year-old is currently with NRL side Parramatta Eels, but he hasn’t made his first team debut yet.

El-Zakhem has won two caps for Lebanon, most recently playing in their mid-season win over Malta. He also represented his Lebanese heritage in the Nines World Cup in 2019.

Roumanos is currently playing in the New South Wales Cup for the Blacktown Workers Sea Eagles, who are the feeder team for NRL side Manly.

The 22-year-old has already played for Lebanon – both at test level and at the Nines World Cup. It would be some coup for the Cedars if he plays at the end of year World Cup. 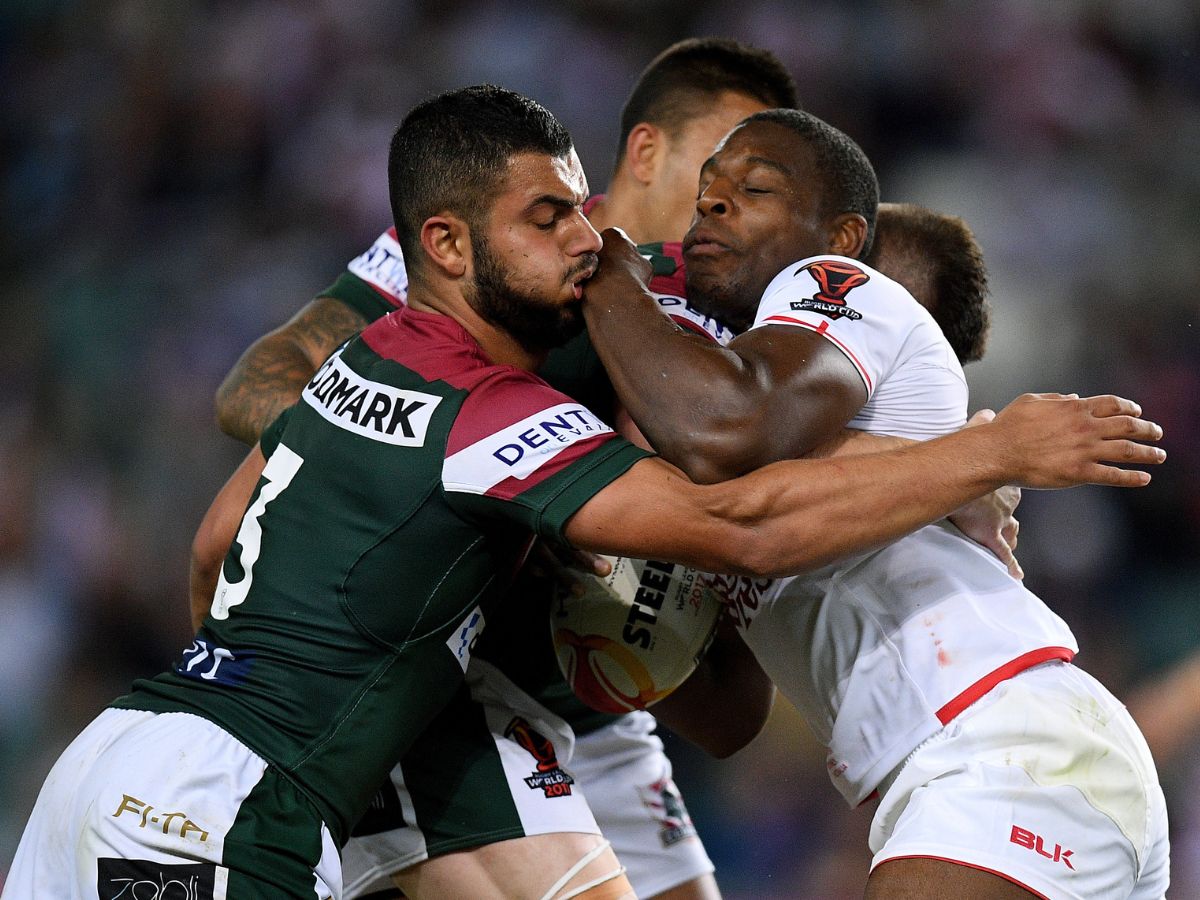 Maarbani will provide excellent versatility for the Cedars, with him being comfortable at full-back, wing and centre.

The Sydney-born utility is of Lebanese descent through his father Omar, who was born in Tripoli before migrating to Australia.

Seve-Derbas currently plays for the Tweed Heads Seagulls in the Queensland Cup. He could represent his Lebanese heritage in his second World Cup this autumn.

El-Nachar is currently in the junior ranks at NRL premiers Penrith Panthers. He is thought of as one of the best young front-rowers coming through the NRL ranks.

He helped Lebanon beat Malta 30-14 in the mid-season international, and is set to play in his first World Cup.

Rahme also played in Lebanon’s win over Malta in June, and has made no secret of the fact he is incredibly proud to represent his heritage every time he pulls the Lebanon jersey on.

Rahme will add plenty of power to Lebanon’s pack this autumn.

About Drew Darbyshire 8514 Articles
Love Rugby League Deputy Editor. Joined the site ahead of the 2017 World Cup and been a full-time reporter since 2018.
Twitter