Toronto Wolfpack are six defeats from six in their maiden Super League season – but how does that compare to other promoted clubs over the years?

Although the Wolfpack haven’t yet played a Super League game in Canada, two of their six games are classed as “home” games, which they have been forced to take on the road to Leeds and Warrington.

They have another three league games to navigate before Hull are the first visitors to Lamport Stadium on April 18.

It has been a tough start – Toronto have played last season’s top five as well as Leeds, the competition’s most successful club.

Question marks remain over their squad, particularly in light of their salary cap struggles, and the so called elephant in the room that is the threat of relegation has already been mentioned by coach Brian McDermott.

Danny Ward’s Broncos produced one of the stories of 2019, as they took the relegation battle right to the wire, despite being written off by virtually every one before the season started.

They opened with a home victory over Wakefield, who had finished 5th in the previous season, before away defeats to Salford and Hull KR. A home defeat to Castleford followed, before a fine 18-16 win over Wigan.

Sadly, despite winning 10 of their 27 fixtures, London were relegated at the first attempt.

After their heartbreaking relegation in that famous Million Pound Game at home to Salford, Hull KR bounced back immediately after romping through the Championship and The Qualifiers in 2017.

A televised start at home to Wakefield didn’t go as planned, as they were beaten 28-6, but they did at least show signs of encouragement in a high-profile game at Elland Road the following week, where they went down to Leeds.

A round 12 fixture brought forward to the World Club Challenge weekend saw a first win of the season over Catalans, before back-to-back defeats on the road to Salford and Catalans.

After finishing 10th in the regular season, Hull KR avoided relegation by finishing third in The Qualifiers – condemning Toronto and London to the Million Pound Game.

Determined to do better than in their only other season in Super League back in 2005, the Centurions would have survived – but for the controversial Super 8s system.

They started with three wins from their first six, including wins over St Helens and Warrington, as well as suffering a narrow defeat to Leeds.

Over the 23-game regular season, they did enough to finish 11th – but would be relegated after one season once again, losing at home to Catalans in the Million Pound Game.

Widnes were parachuted in to Super League courtesy of the licensing system, and endured a dismal 2012 season, shipping more than 1000 points to finish bottom.

With no relegation in that era, the Vikings earned a reprieve, and would at least bounce back in future years to reach the play-offs.

Their only win in the opening six came at home to a understrength Wigan side, who were fearful of the much-maligned iPitch, Lloyd White’s drop goal earning the Vikings a 37-36 win.

Prior to that, they had suffered hammerings at the hands of Wakefield, Huddersfield, Salford, Leeds and Hull KR. 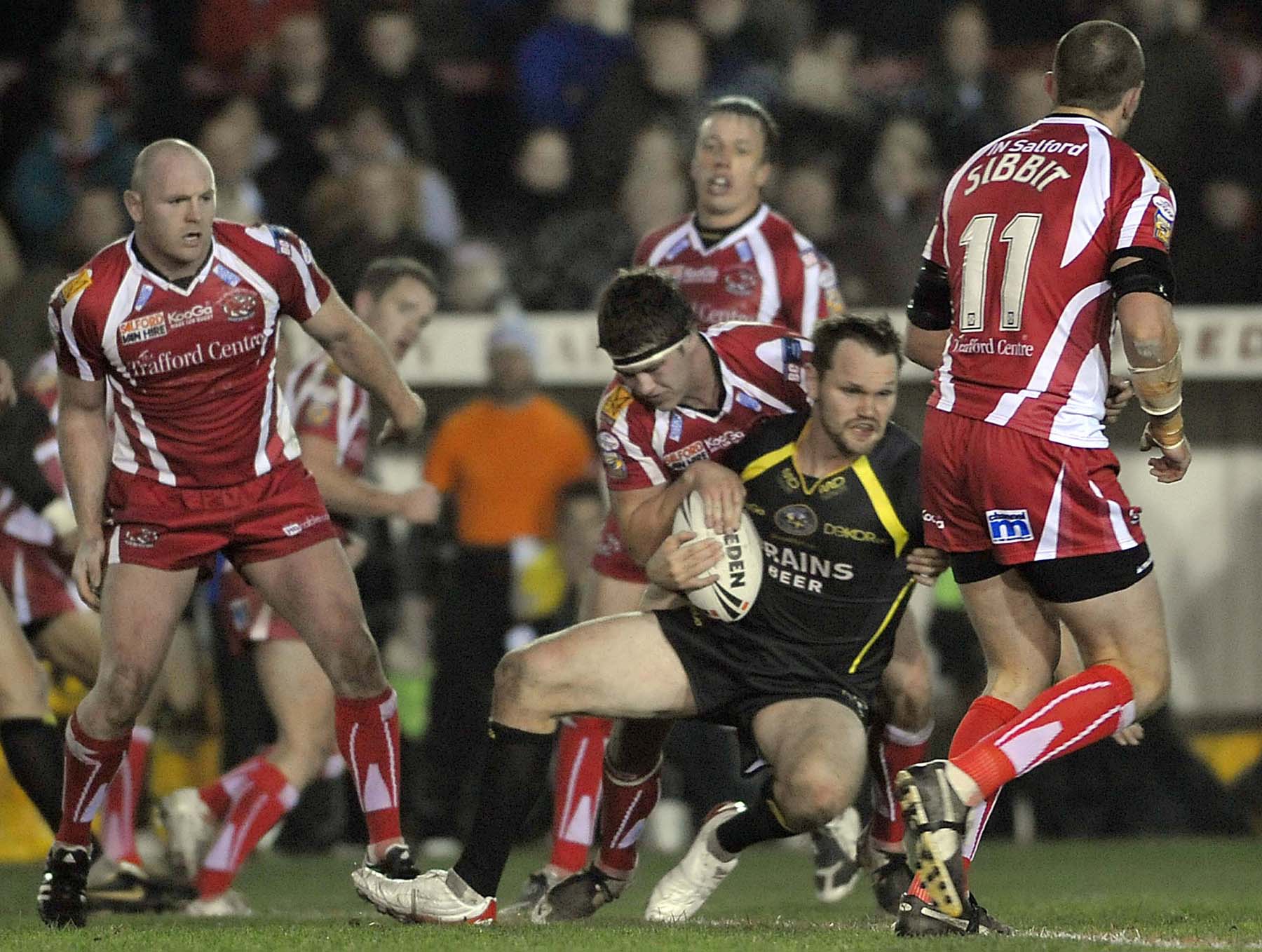 Salford were given a licence for 2009, though they did finish top of the Championship in 2008 anyway – losing the relatively meaningless Grand Final to Celtic Crusaders, who were also elevated to Super League as the league expanded to 14 teams.

The two would meet in the very first game of the season, Salford winning 28-16, before the Reds would then lose their next five fairly handsomely under coach Shaun McRae.

Prior to that game against Salford, Crusaders had already opened up their debut Super League campaign with a defeat to Leeds, in a game brought forward to the World Club Challenge.

Crusaders, like Toronto, would lose all six of their opening games – including defeats to Leeds, Hull, St Helens and Warrington.

They can point to being competitive though – they lost just 4-0 to St Helens, were beaten by five by Warrington and eight by Hull.

They would manage just three wins all season, though with no relegation in place in that era, lined up in Super League again in 2010. 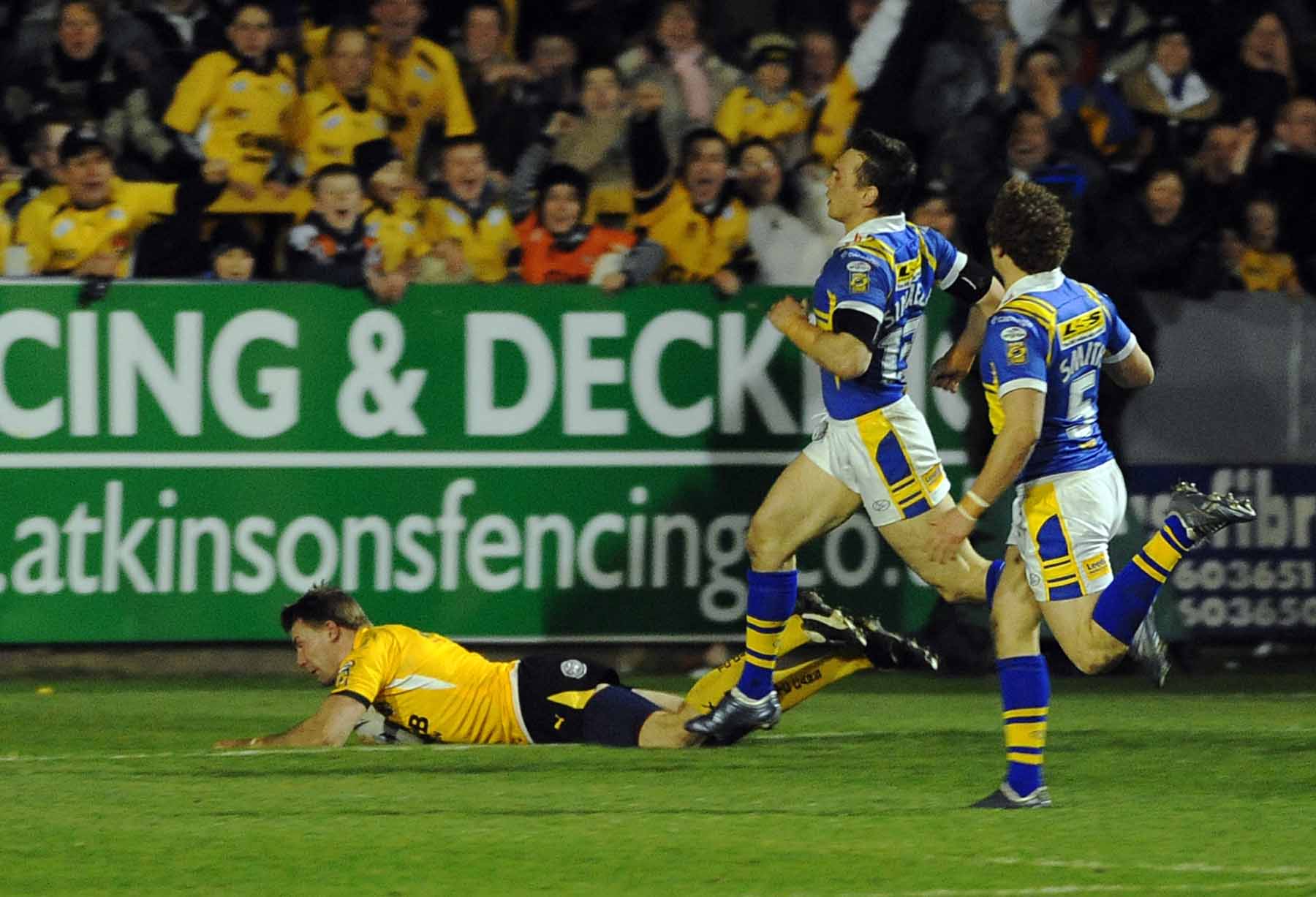 Rugby league’s yo-yo club of the 2000s, Castleford had already been relegated from Super League twice in 2004 and 2006, although the latter only due to Catalans being exempt.

Both times they had successfully secured a return to the top flight at the first attempt, but they endured a tough start in 2008 – winning just one of their first six.

That win came over Leeds, 38-20 at The Jungle. They won just two of their first 14 games, and finished bottom again – although reprieved from relegation due to the introduction of the licensing system from 2009 onwards.

Hull KR had waited a long 23 years for their top flight return, and they didn’t disappoint.

With a coach and a team that had earned their right for a maiden Super League season by romping through National League 1 in 2006, the Robins had a dream start, winning four of their first five games.

That started with a home win over Wakefield, and within their first six, they would also beat Wigan and Leeds.

A seven-match losing streak would dampen spirits somewhat, but they still did more than enough to avoid relegation, with Salford going down that year. 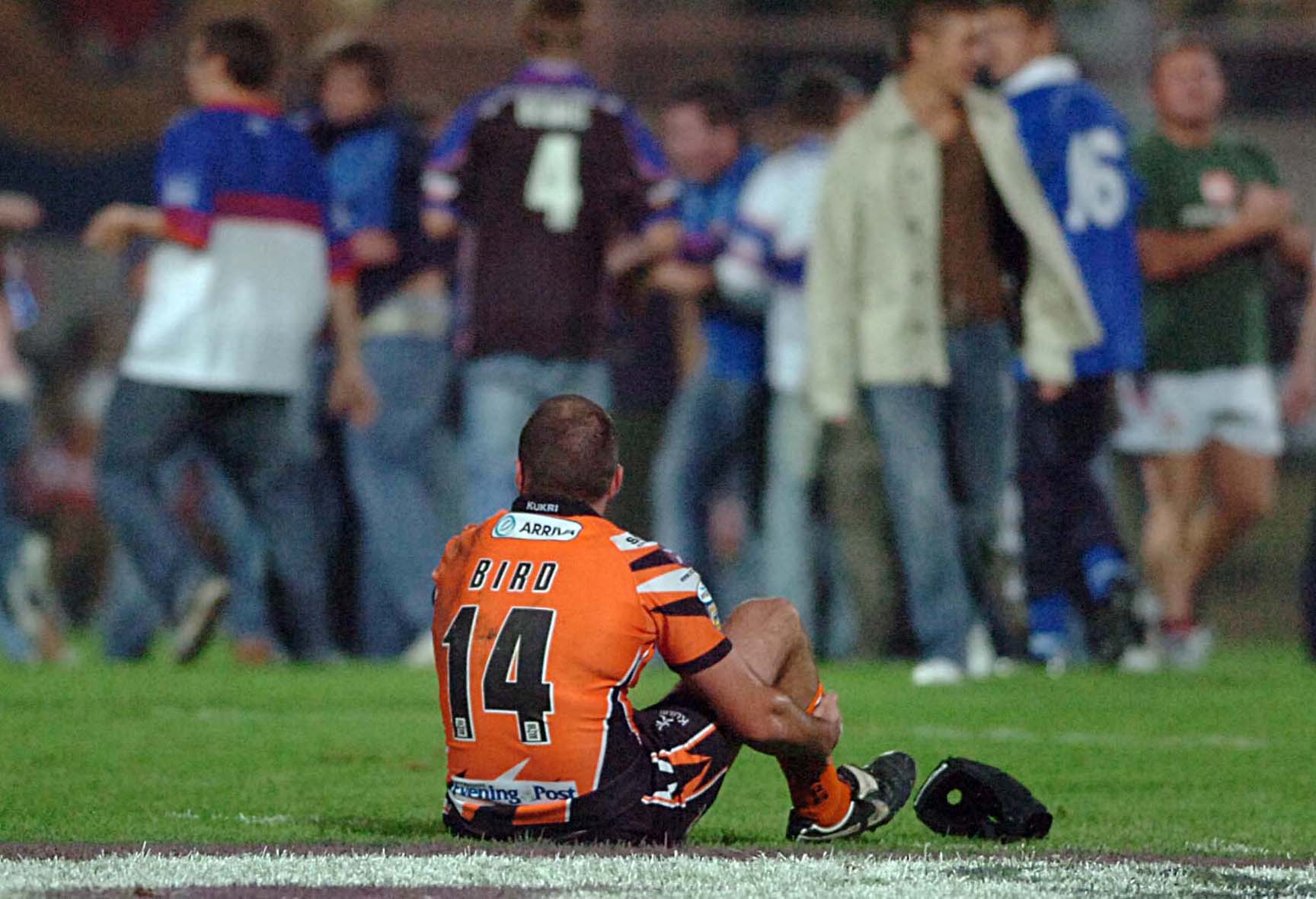 Victims of arguably the most controversial relegation in Super League history, Castleford went straight back down despite finishing off the bottom – the exemption of Catalans protecting the French club from the drop.

At the start of 2006, they were hammered by Hull and St Helens, but recovered to beat Catalans, Harlequins and Leeds in three of the next four.

It wasn’t enough though, and they would go down courtesy of the infamous battle of Belle Vue, losing to Wakefield in the final round.