It’s 10 years since Leeds and Rob Burrow returned to the Grand Final in 2011 after a year away, facing the St Helens side who they had completed the ‘three-peat’ over between 2007 and 2009.

Saints went into the game as favourites, and were hoping it was fifth time lucky, after losing the previous four Grand Finals.

Leeds finished the regular season in fifth place but had found a rich vein of form, winning all five of their games which followed their Challenge Cup final defeat to Wigan.

A rainy evening saw both sides struggle to create any real openings, with both Jamie Foster for Saints and Kevin Sinfield for the Rhinos opting to take two points at the first opportunity.

After 33 minutes, the game hung in the balance as Brett Delaney drove the ball over the half-way line for the Rhinos, Danny Buderus was at dummy half and found Burrow.

Burrow had been a Harry Sunderland Trophy winner before, winning the award in 2007, but nobody would have seen what was to come next, most notably Paul Wellens; Saints’ fullback that evening.

With a sidestep and a duck Burrow broke through line, leaving the would-be defenders lying face down on the famous Old Trafford turf.

The 5’5 hooker was then faced with the task of getting past Wellens, one of the games most experienced stars.

But Burrow was lightening quick, a neat step onto his right foot saw Wellens to the same fate as his teammates, just seconds before.

He could only watch from a distance as Leeds’ number seven charged towards the try line, to give the Rhinos the lead for the first time in the game.

However, his moment of brilliance looked to be in vain, as Saints seemed to switch it on in the second half.

A Tommy Makinson try was awarded by the video ref, Ben Thaler, after he seemed to take an age to come up with a decision, which ultimately delighted the Saints faithful, whilst angering the Leeds supporters.

At 8-8 Saints were the team who on top and they made their dominance count, Michael Shenton finished of a neat move to the right-hand side and once again Saints led.

Foster missed the conversion attempt, but all was forgiven after he knocked two penalties over, one of them coming from the halfway line.

The Rhinos needed something special, they were on the back foot and were struggling to put any pressure on the St Helens defence.

Eight points down and with 17 minutes left to play, Buderus spotted a gap and managed to squeeze the ball over the try line to get the Rhinos back into the game. 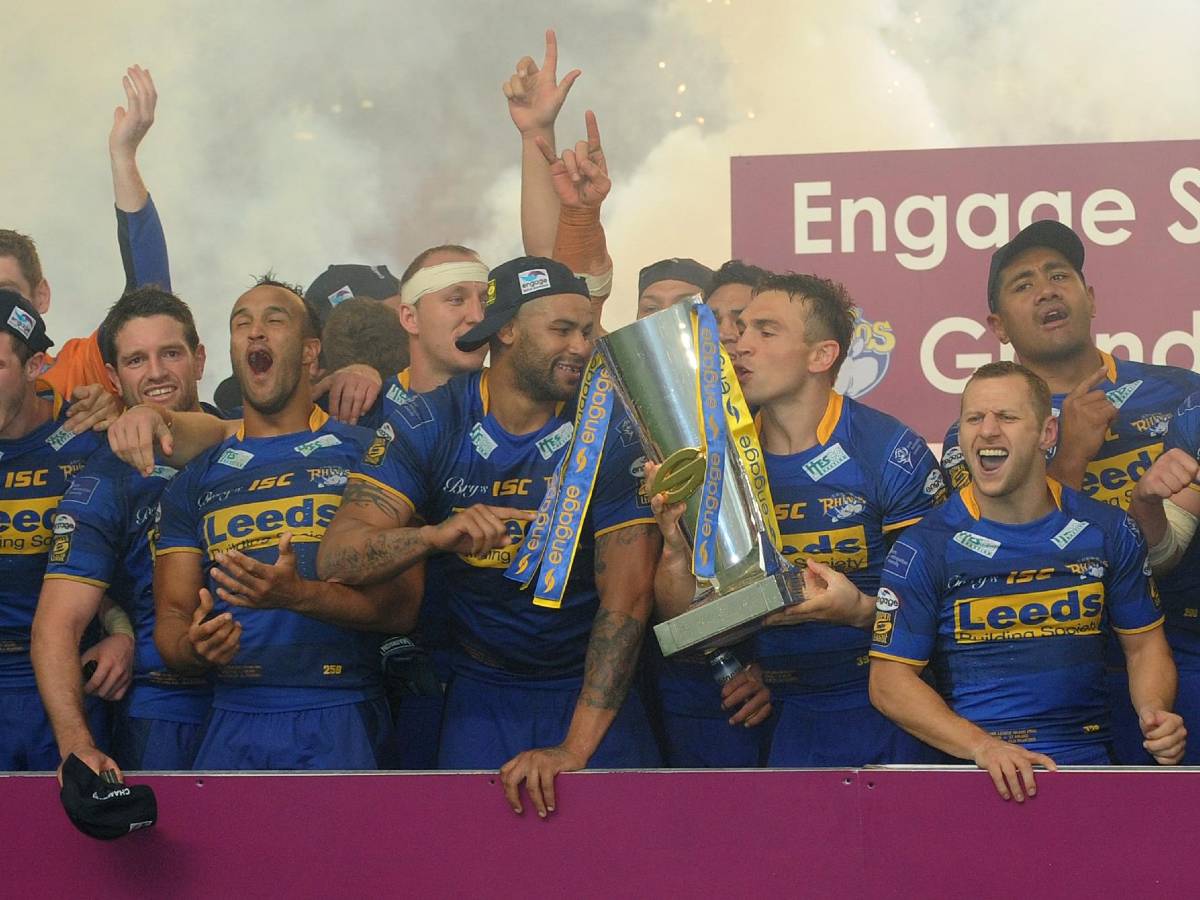 At one point it looked as though it was turning into a routine victory for Saints, but now it was looking like anything but.

Kevin Sinfield was as reliable as ever with the boot and kicked his side level once again.

Burrow had been used as an impact substitute in the nine games previous and that theme continued into this night.

Statue of Rob Burrow and Kevin Sinfield planned for Headingley

He had ignited the match in the first half, coming on from the bench when the scores were tied, and Leeds’ head coach Brian McDermott was hoping that he’d do the same in the second.

With just over ten minutes of the game to play, once again Leeds needed some inspiration.

This time Burrow gathered the ball on the 40-metre-mark and set of on another one of his characteristic runs.

With a scamper to the left, he saw yet another opening that not many inside the ground could see.

Burrow skipped past one tackle, before throwing a sensational dummy, he then set up Ryan Hall who would go into the corner, creating another memorable moment for the Rhinos faithful to cherish.

This dazzling run was arguably one of the most impressive individual bits of skill in any major final, it would be talked about more, but for Burrow’s own sensational first half effort which overshadowed it.

Leeds were in front once more, and 70,000 people watched on in awe as the ‘pocket-rocket’ from Castleford made history of his own.

The Rhinos were on a roll and looked impossible to stop. Saints were still scratching their heads as to what they had to do to keep them, and more specifically Burrow, away from their try line.

It wasn’t long until they put some daylight between them and the side who were heading for their fifth Grand Final defeat in as many years; with Carl Ablett getting his name onto the scoreboard. 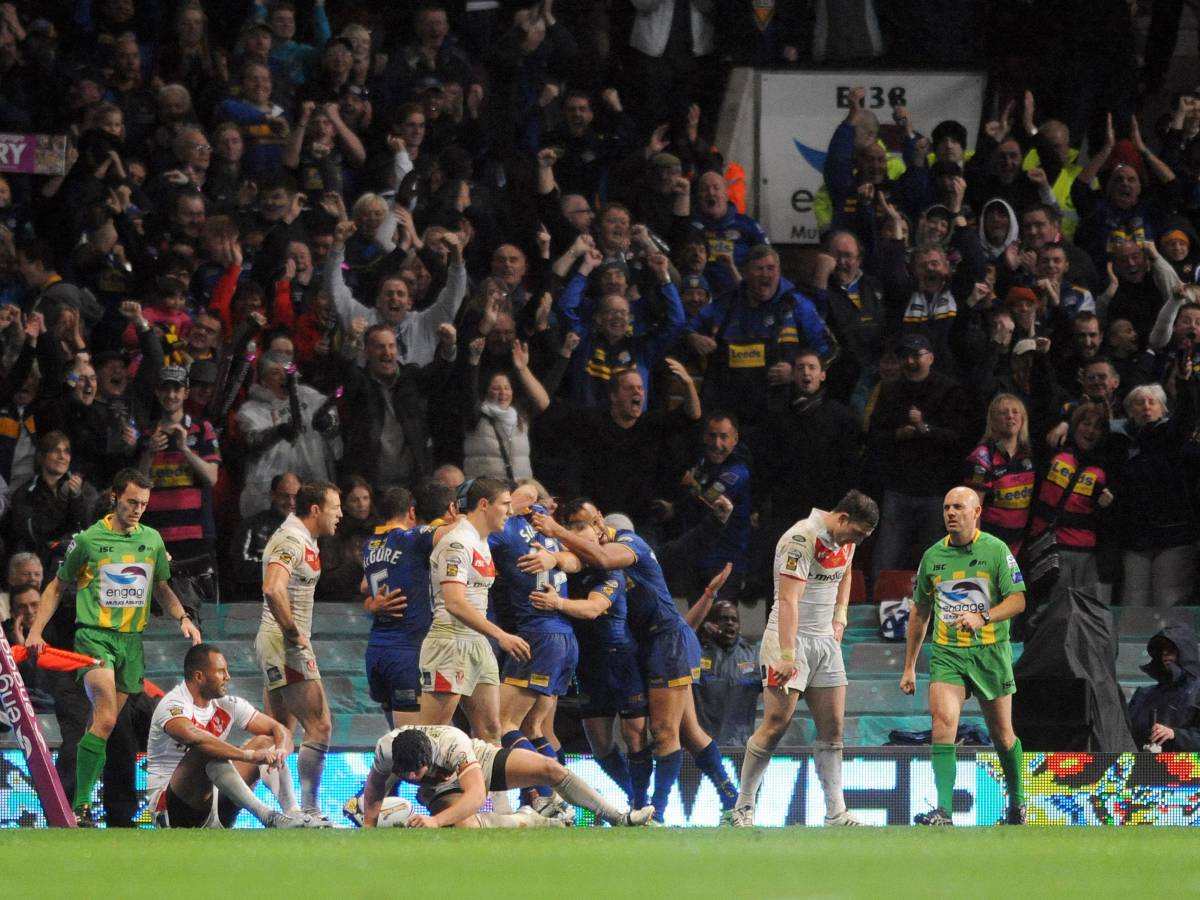 Young centre Zak Hardaker rounded off the scoring as Leeds became the first side to finish in fifth position and become champions.

The only thing more impressive than Leeds’ win was the performance of their hooker.

Burrow became the first player to be voted as man of the match in the Grand final twice, securing 100% of the votes on the evening.

The performance would live long in the memory, while videos of ‘that’ try still been shared across social media even ten years later.

There has yet to be a performance to match that of Burrow’s that year, and many doubt that there ever will be.

Rugby league fans far and wide will always mention this night, and the joy they had watching a fine player at the top of his game.

Burrow would go on to play a part in another three Grand Final winning sides, as he put the fear into any defence that faced him ever since.

This was a night that has been fondly remembered for one reason.

Rob Burrow’s performance was the best a Grand Final has ever seen.