Sydney Roosters’ two-year reign as champions of the NRL is over after they were beaten 22-12 by Canberra Raiders in the semi-finals.

England international George Williams scored a first half try and was then responsible for the gamebreaking moment in the final quarter, that saw superstar full-back James Tedesco fail to deal with a low kick close to the line enabling Jack Wighton to touch down.

The Raiders flare through the middle 🔥

Tedesco did his utmost to make up for that error, his try setting up a grandstand finish as the Roosters looked to claw back a 10 point deficit, but the Raiders held on.

The Raiders led 16-0 after 22 minutes after Josh Papalii and Joseph Tapine had scored either side of Williams’ 17th minute try. 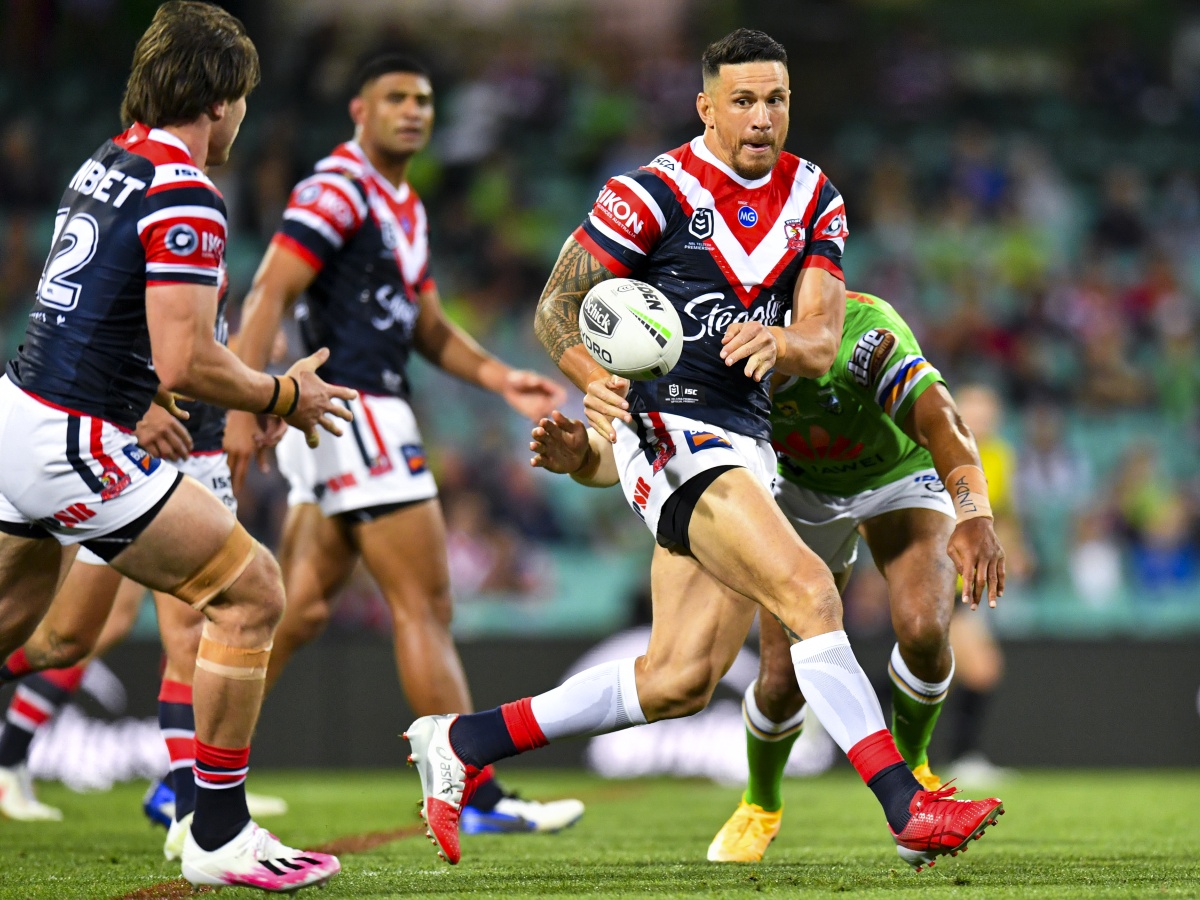 On-loan Toronto superstar Sonny Bill Williams had an impact for the Roosters, playing his part in their fightback, which started when Josh Morris’ break down the left and improvised kick was brought in by Tedesco to get them on the board before half-time.

Both sides had tries chalked off by the bunker early in the second half, before it was called upon again for Joseph Manu’s score on 57 minutes, momentum just about taking the big centre over the line after a last-ditch tackle by Jarrod Croker. 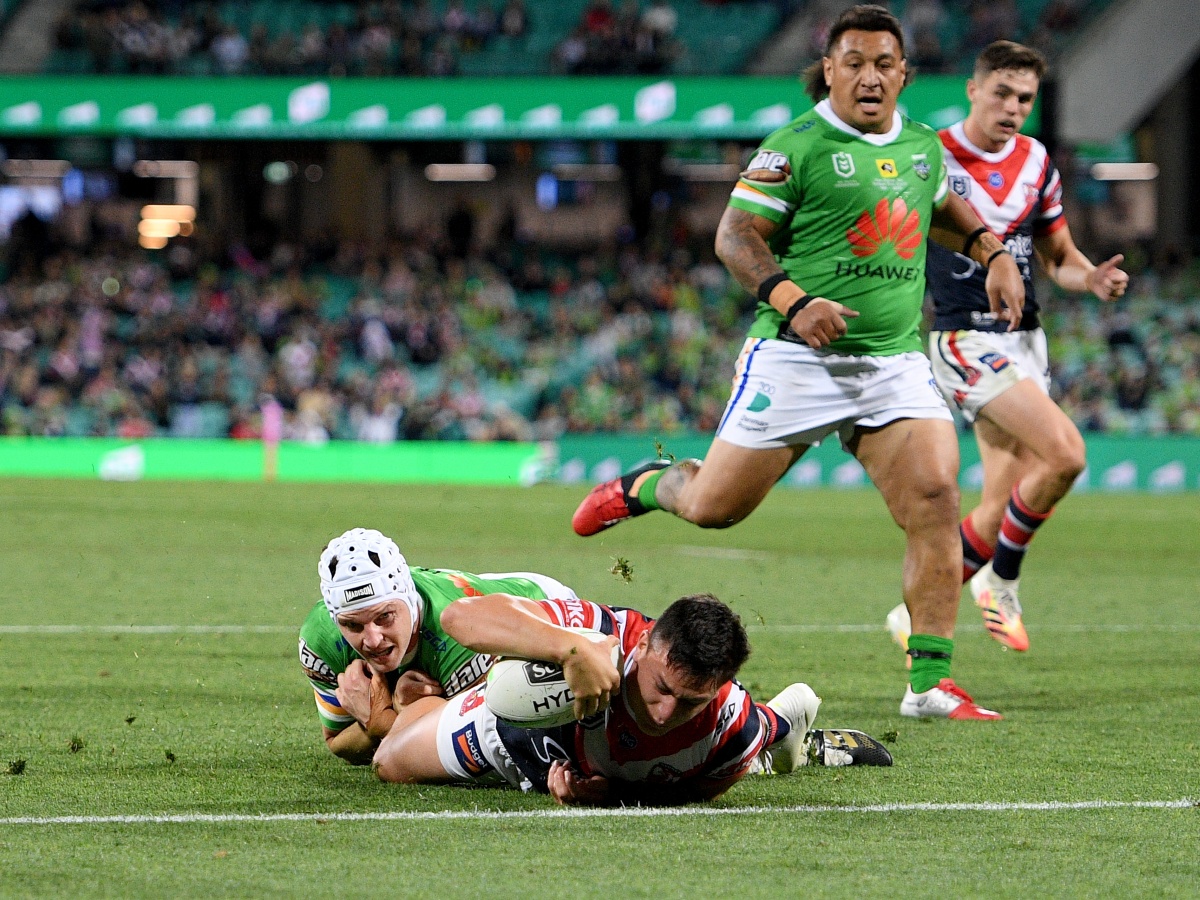 That had the game finely poised at 16-12 and Morris was denied a try in the left corner by a superb last-ditch tackle by Charnze Nicoll-Klokstad which would have tied the scores.

Moments later, there was drama at the other end, as Williams shaped to kick to the corner on the last, instead sending a low kick towards Tedesco, who was caught off-balance and slipped, enabling Wighton to surge past and touch down the loose ball. 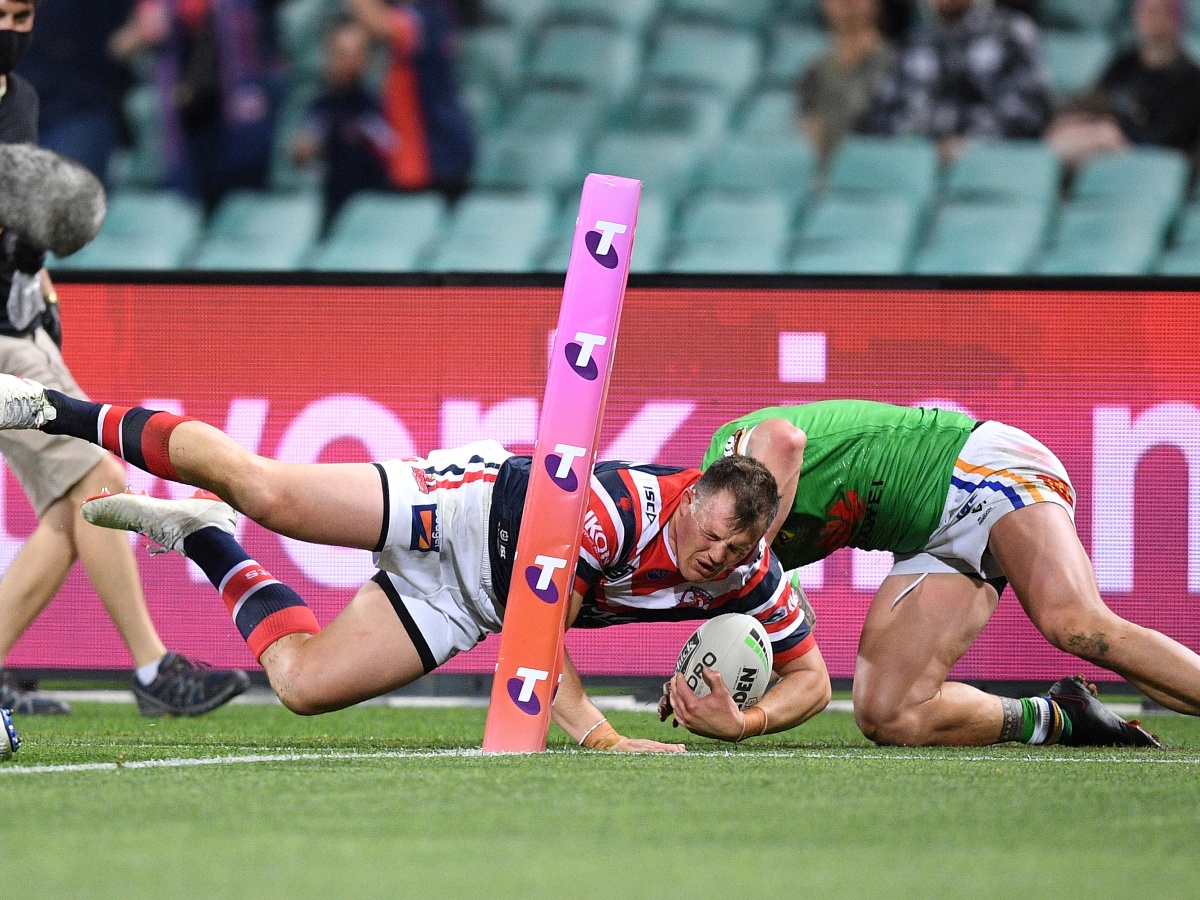 At 22-12, it looked like that would be enough for the Raiders, but Tedesco’s try six minutes from time gave the Roosters hope.

They briefly threatened, with a kick down the left put dead by Nick Cotric, only for the video referee to correctly judge Luke Keary offside and all but end the Roosters’ hopes.

Canberra now go on to face Melbourne Storm at Suncorp Stadium next Friday.