In little over a week, Toronto will become embark on their first season in Super League as the top flight’s first transatlantic team. 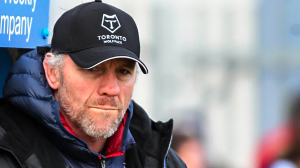 What is there to say about the most successful coach in the Super League era?

After spending his amateur career with Eastmoor RLFC, Brian McDermott joined the Royal Marines, before embarking on his professional playing career after serving his country for five years. He scored 33 times in 251 appearances for Bradford, as well as being capped four times in Great Britain and once for England in 2001.

After his retirement in 2003, the 49-year-old began his coaching career as an assistant working under Tony Smith and Jon Sharp at the Huddersfield Giants.

He took his first senior coaching role when he took over the reigns of Harlequins between 2006-10. He then marshalled Leeds to eight pieces of silverware between 2011-18 – their most successful ever period as a club – and also guided the USA National Team to the Rugby League World Cup in 2017.

When asked why he is so successful, he credits his time in the Royal Marines and the willingness to persevere in the face of adversity, highlighting the confidence it breeds. 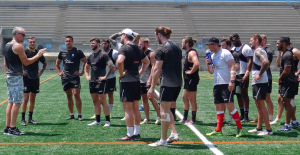 The saying that could be used for the Wolfpack’s maiden Super League season is ‘If it isn’t broken don’t fix it’.

Apart from the departures of Bob Beswick to the Newcastle Thunder, fan favourites Ryan Brierley and Nick Rawsthorne to Hull KR and the retirement of Ashton Sims, the club set about re-signing the rest of their Championship Grand Final winning squad for its maiden year in the top division.

At the moment the only players coming in are positional signings to cover some of the departing players. 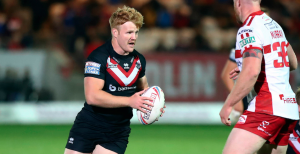 James Cunningham arrives in Toronto from the London Broncos. He can play hooker or scrum half and started his career with Hull FC, making 10 appearances for the first team. He has also spent time on dual-registration with Doncaster in the Championship.

He joined the Broncos on a full-time basis on 2015 and helped his side topple the Wolfpack in the 2018 Million Pound Game. He made over 100 appearances for the club, but left following London’s relegation to the second tier. He will fill the role of reserve hooker after Andy Ackers received Bob Beswick’s vacated number nine jersey.

With the departure of Ashton Sims to retirement, the Wolfpack had a vacancy at prop forward that need to be filled urgently. That urgent call was answered by Cumbrian Brad Singleton.

Although having been with Leeds since 2011, the 27-year-old spent periods on loan with Dewsbury, Wakefield and Hunslet. He finally broke into McDermott’s first-team plans in 2014 after being handed the number 16 jersey.

He would collect winners medals after victories with the Rhinos in the 2015 and 2017 and also has one Challenge Cup title to his name. Now, the time has come to reunite with his former coach in 2020. 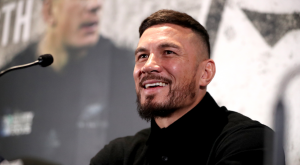 Not many players rise to a status in the sport where the word “legend” is used.

If you were to conduct a conversation with fans from across the world, many names would spring to mind. From the UK, that name could be Shaun Edwards, and from Australia Darren Lockyer. If you ask fans in New Zealand, the name Sonny Bill Williams would probably spring to mind.

The 34-year-old has done it all in both codes, winning NRL titles with the Canterbury Bulldogs and Sydney Roosters, and two Rugby Union World Cups with the mighty All Blacks.

Now, SBW has decided to rejoin the Rugby League ranks, signing a two-year marquee contract with Canadian side.

Some would ask what he  brings at the age of 34 to Super League’s newest team. Commercially, he is a household name who is known throughout the world and is a hero back in his native New Zealand.

Williams will likely bring new eyes to the sport, and despite his hefty salary, he is the kind of household signing that the Wolfpack wanted to prove they mean business next season. He is still in tremendous physical condition and Wolfpack fans will be excited to see exactly what he is still capable of.

Much like London in 2019, Toronto’s main strength will be camaraderie.

The likes of Adam Sidlow, Liam Kay, Blake Wallace, Greg Worthington, Gary Wheeler and Andrew Dixon have been together since day one and are now used to the rigours of the transatlantic timetable. This tightly-knit group have now spent two seasons together in the Championship and will be used to each other’s way of playing.

Another strength has to be the team being used to playing the elements at Lamport Stadium. The weather in Toronto certainly favours the home team with temperatures last season in the mid to high 30s.

Also, the artificial pitch absorbs heat and can also raise the playing temperature a further 5-10 degrees in the summer months. It is feasible in July and August that teams playing at The Den could be playing games in temperatures around the forty degree mark.

If the Wolfpack can keep games close in the summer months they certainly know how to pace themselves better and Super League could potentially start to run out of steam.

As we go into the new season the current squad total stands at 23. For many, this shows a significant lack of depth.

The team seem to have stayed relatively injury-free over the last three seasons, with only minor short term injuries to deal with; only Liam Kay has been out of the side long-term.

With the club admitting they are up against the salary cap with little if any room to commit to more player salaries for this season, it appears the club have hit a crossroads.

The rigours of Super League can take a toll on any team, leaving them short of first team players very quickly. This shortage usually sees the first team spots filled with the up and coming young stars. After the Toronto first team, there is no abundance of reserves to fill that gap.

Let us hope they can continue to keep the injuries at bay once again in 2020. 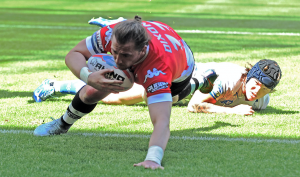 Dixon has been an ever present in this side since season one. He is a stereotypical no-nonsense player who grinds out the hard yards in the second row.

The 29-year-old has made 41 appearances for the club, and his ever-present status will be needed in 2020 to keep the team on the front foot.

Realistically, the first order of business for Toronto will be first season survival.

After the return of straight promotion and relegation, London were the first to find out just how tough a pill to swallow relegation can be last year.

Some would want a lengthy Challenge Cup run, but with such a small squad an early exit may be advantageous, with rest and recuperation being the order of the day on the weekends the Challenge Cup is being played.

The last thing Toronto needs is to be dragged into the dogfight of the bottom three when the season is drawing to a close.