The French Elite Championship resumes this weekend with five fixtures, two of which have already been confirmed for live streaming.

League leaders Carcassonne travel to Villeneuve, who boast a 100% record from four games so far, in one of the streamed games, while elsewhere St Esteve welcome Lezignan in another top four battle.

Winless Palau will be looking to end that run against second-bottom Albi, and Limoux will look to keep up with the top teams away at Toulouse. In the other game, two teams with two wins from six so far meet – as St Gaudens welcome Avignon.

New French Federation president Luc Lacoste wants to get France back to the centre of the international game. In a wide-ranging interview, he said he had a positive meeting with International Rugby League secretary general, Danny Kazandjian and hopes to establish a “Club France” feel to the international side, with the support of the respective presidents at Catalans and Toulouse, who supply the bulk of its players. Lacoste also wants to expand the French Elite 1 Championship to 12 teams, something that would be interesting for the list of betting sites that accept PayPal to be taken advantage of, should it happen. 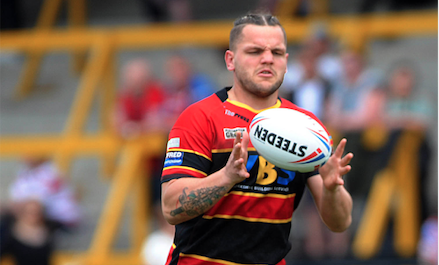 Limoux have signed prop Kyle Trout from Hull KR. Trout, 29, came through the ranks at Wakefield and has had spells in the Championship with Featherstone, Dewsbury and Sheffield. He made 11 substitute appearances for Hull KR in 2020, the last of which against former club Wakefield at the end of October, is in line to make his Limoux debut this weekend against Toulouse.

St Helens half-back Theo Fages was voted French Player of the Year, by readers and our colleagues at Treize Mondial. The former Salford man polled 31% of the votes, to beat Catalans pair Ben Garcia and Remi Casty to the gong. Stan Robin and Clement Herrero were the highest ranked domestic players.

Treize Mondial have had a go at predicting the 2021 Catalans Dragons starting line-up, and it’s sad to see only three Frenchmen make the team. Once again the Dragons’ recruitment has been on the UK, bringing in Gil Dudson and Mike McMeeken to bolster their pack. That could spell the end for Benjamin Julien, who has been linked with a move away from the club – either to Toulouse or rugby union. 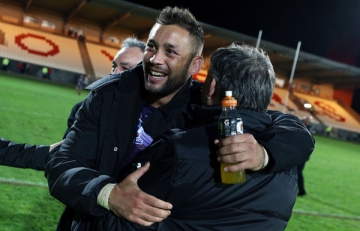 Former Catalans Dragons and France international forward Olivier Elima has been relieved of his duties as coach of Elite 1 club Palau Broncos. The Broncos have suffered five defeats from five at the start of the campaign, and Elima has left after four years in charge. He has been replaced by Benoit Albert, who left his role as St Esteve head coach in the summer.

Kiwi full-back Cyrus Payne has returned to New Zealand from Villefranche, with the Elite 2 Championship still postponed. The 26-year-old scored three tries in two appearances before the season was brought to a halt due to coronavirus. He said: “It was an honor to be a Wolf. I appreciate the club’s support throughout my stay in Villefranche, thank you to all the staff, supporters and my Loups teammates for their hospitality.” Fellow import John Talisa has remained in France, on loan at Lezignan.

Brought to you in association with TreizeMondial.fr