All the latest from across the Channel in partnership with TreizeMondial.fr

Prolific Minga back in France

Former Toulouse winger Kuni Minga, who surprisingly departed the club in January 2018 and made the switch to rugby union, is back in French rugby league with St Gaudens. The Papua New Guinean was in the France squad for the 2017 World Cup, and has spent the last few seasons playing union in Narbonne. 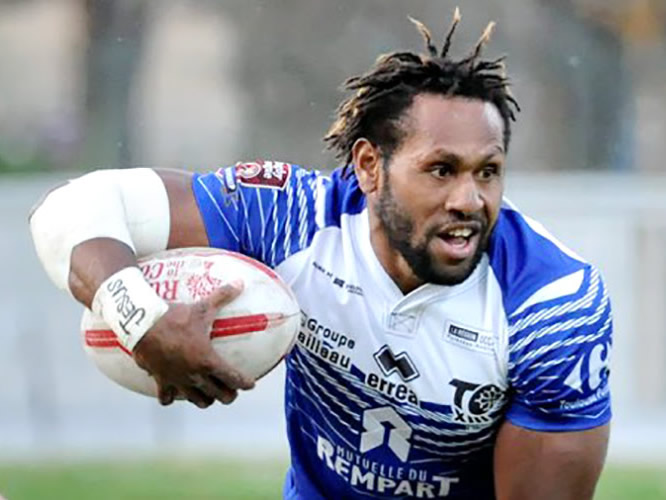 Palau have been dealt a blow with the news that two players are out for the season. Back Bruno Castany had an operation on Monday after rupturing cruciate ligaments in the knee. Loic Rosemplatt has also undergone surgery after dislocating an ankle and tearing several ligaments. Former France international prop Jamal Fakir is back fit though, and could return for the trip to Albi this Sunday.

Limoux made it four wins from four after fighting back from 18-4 down at half time to win 24-18 at Carcassonne. All four winners in the Elite 1 Championship on Sunday were away from home, with St Esteve edging Palau 30-26. Lezignan hammered a youthful Toulouse side 70-12 and Villeneuve pulled clear in the second half to win 30-16.

In the other game of the round, Avignon triumphed 32-12 over Albi. 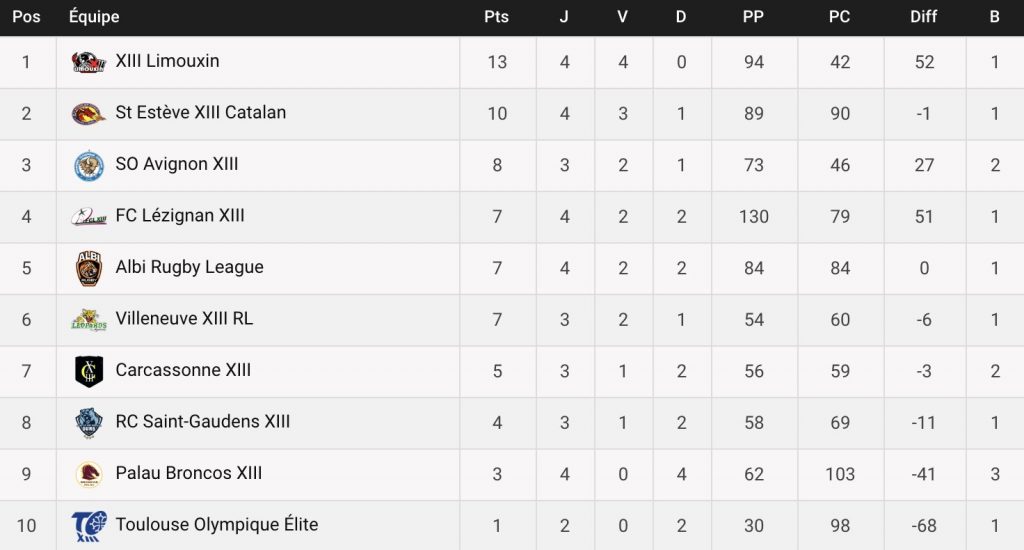 Lyon are still in trouble and suffered another home defeat as they went down 36-12 to Lescure, who look sure fire contenders for the top six.

Entraigues curbed their losing streak with a handsome 40-10 win over Toulon.

Villefranche almost squandered a 28-0 half time lead before eventually prevailing 32-28 at home to VARL to maintain top spot in the table.

Carpentras are second after beating Ille 38-18, with Pia slipping up at home to Salon in a game where an incredible 88 points were scored, finishing 50-38. 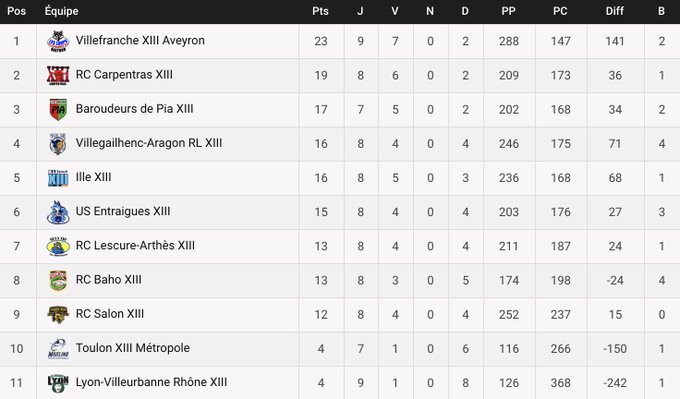