The latest from across the Channel with TreizeMondial.fr

Live on French TV, Lezignan overturned a first half deficit to beat Albi 36-18 and bounce back after two successive defeats.

St Esteve benefited again from the use of players from the Catalans Dragons to beat Avignon 24-10, a result which lifts them to second in the table as they look to defend their title.

Toulouse returned to action after last week’s forfeit, but went down to their 12th defeat in as many games, beaten 32-16 by St Gaudens. The forfeited game against St Esteve means they have a two point deduction on the league table.

Last year’s Grand Finalists Carcassonne face a challenge to even reach the play-offs this year after suffering another defeat, 29-20 at Palua in a game that saw the lead change hands on several occasions.

Villeneuve lost at home in the league for the first time this season, league leaders Limoux repeating their earlier win at Villeneuve in the French Cup. Limoux sit five points clear at the top of the table.

Elite 2 leaders Villefranche have secured their place in the Elite 2 Cup final, beating Carpentras in the semi-finals.

They could be all set for a league and cup double – though standing in their way in the cup final will be Vinnie Anderson’s VARL, who fought hard to see off Entraigues in the other semi-final. 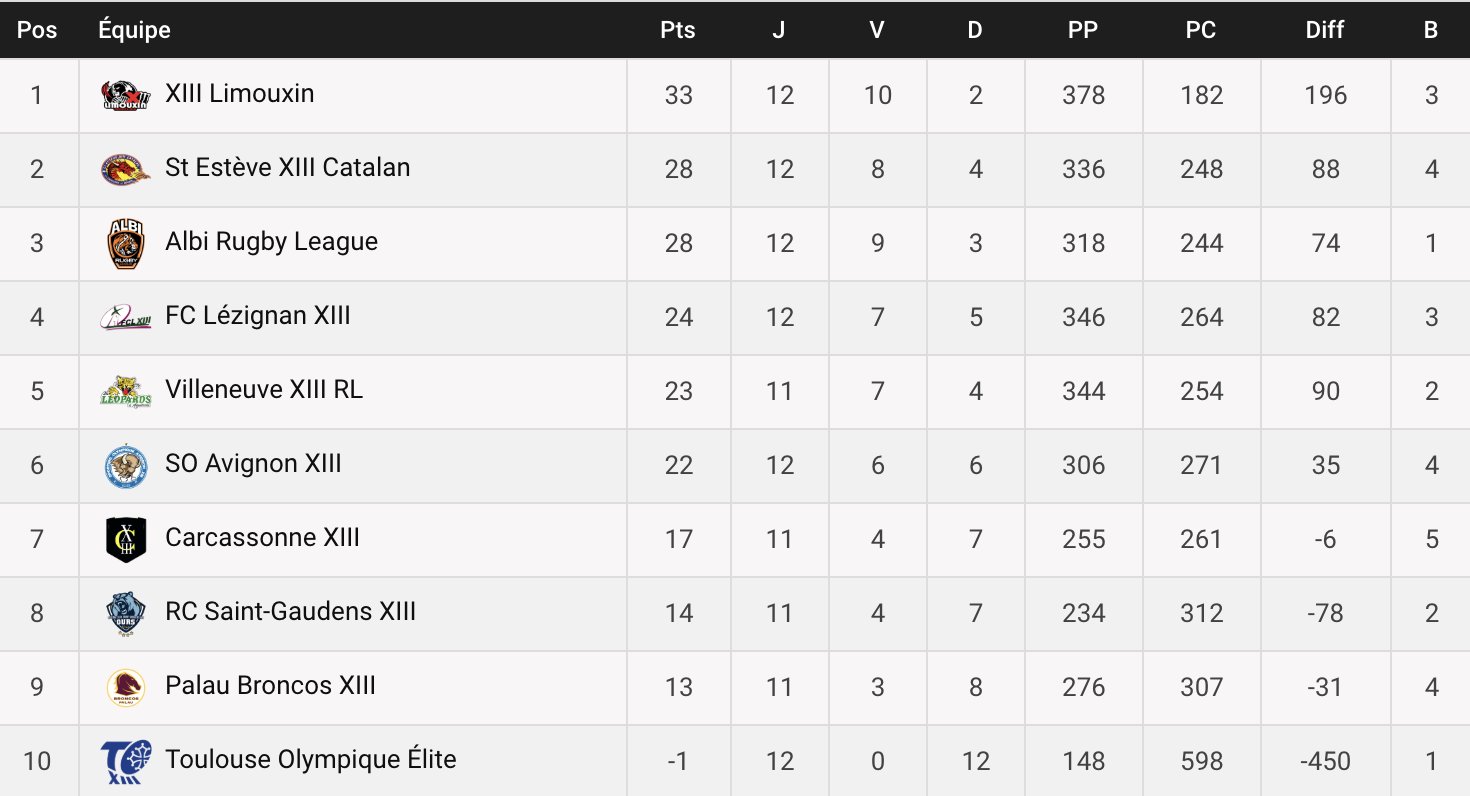