Limoux are still unbeaten at the top of the French Elite 1 Championship after making it three wins from three in beating Villeneuve 30-8.

Defending champions St Esteve came from behind to beat Avignon 22-18 at home, while Carcassonne hobbled to a 24-14 win at home to Palaua.

Albi backed up their win over St Gaudens last week with a 37-22 win over Lezignan, denying their visitors a bonus point.

Toulouse finally played their first game of the season after two weeks off due to a mumps outbreak in their squad. They dominated for most of the match, but St Gaudens scored four times in the last 20 minutes to win 28-18. 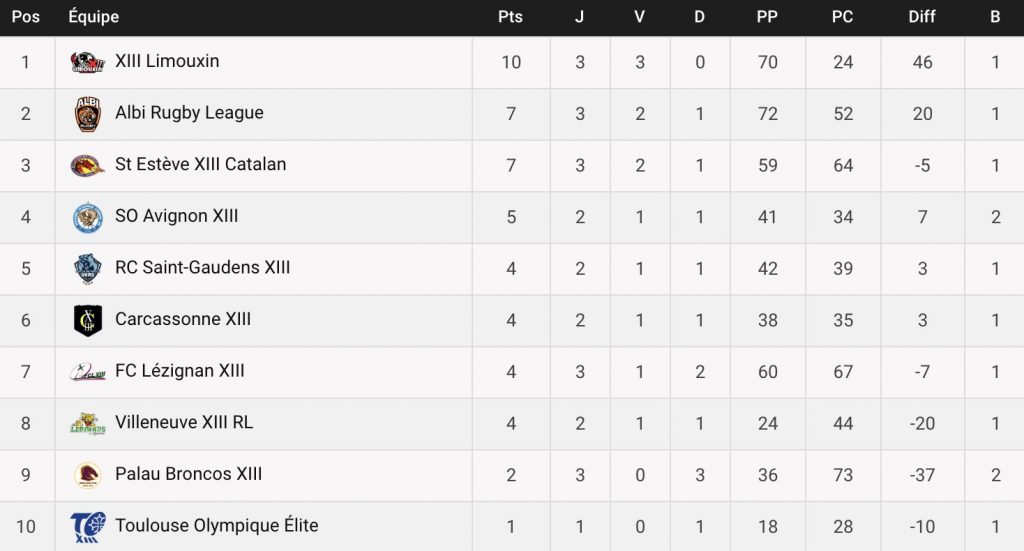 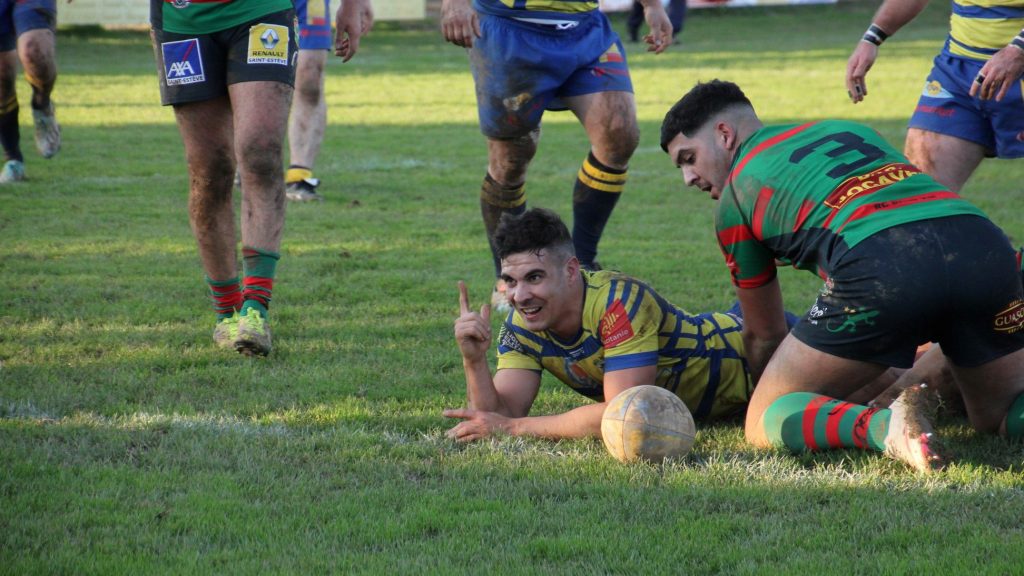 VARL are fifth in the table after thumping Lyon 64-8, who remain bottom after suffering a second successive big defeats.

Ille played for 60 minutes with 12 men but still managed to secure a 40-18 win at home to Salon, bouncing back from last week’s big defeat at Villefranche, who remain top after beating Carpentras 30-12.

After a slow start to the season, Lescure secured their third win of the campaign, beating champions Baho 35-26.

The game between Toulon and Pia was postponed due to bad weather. 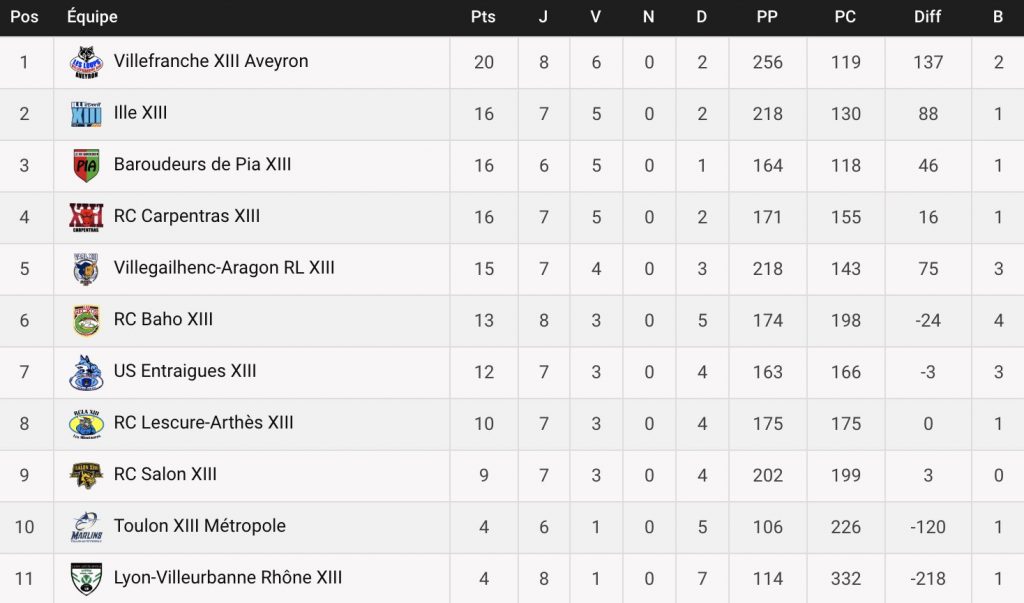