Brought to you in partnership with TreizeMondial.fr

In one of the games that did go ahead, league leaders Avignon went down against Lezignan. Amine Miloudi scored twice to lift Sangliers to 5th.

On a match broadcast live on TV, Albi came out 29-24 winners over Limoux in a battle between third and second. Alex Grant and Nittim Pedro scored two apiece, while Limoux earned a defensive bonus point. 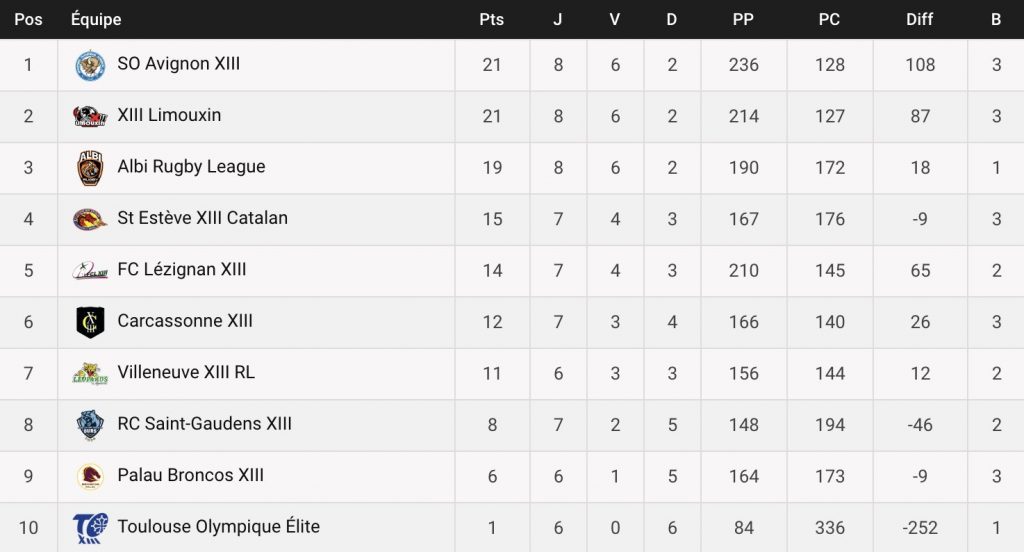 Lyon won only their second game of the season as they defeated Salon on the hooter. 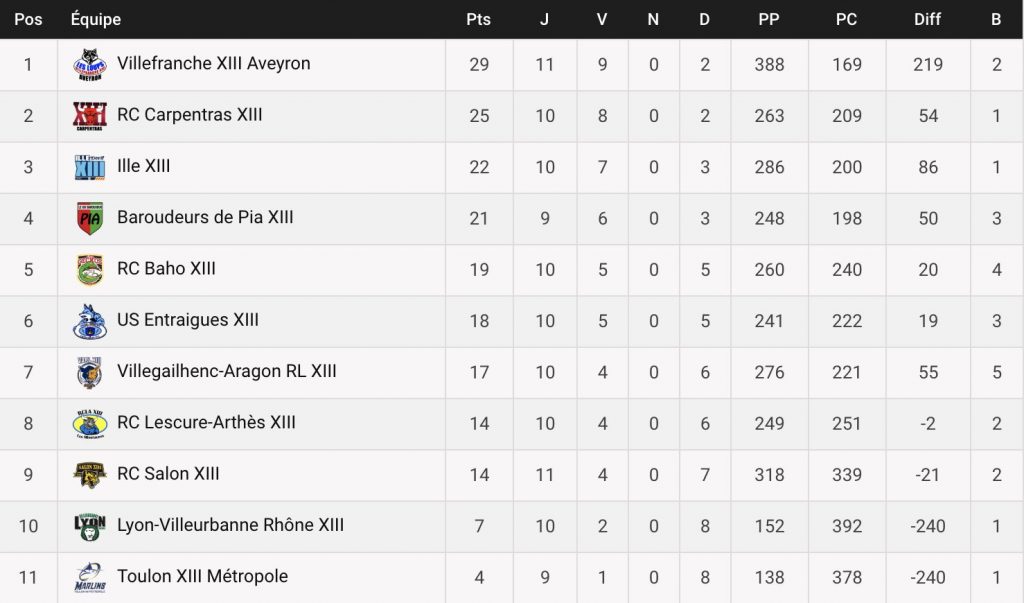