Carcassonne tightened their grip on top spot with a stunning 36-32 win over rivals Lezignan.

Although Lezignan got two tries back, the Canaries led 24-12 at the break thanks to Anthony Mullally’s score.

But Lezignan turned the game on its head early in the second half with quickfire tries from Wesley Lolo and Sam Moa, as Remy Marginet led the fightback to give them a 26-24 advantage.

Carcassonne recovered to open up a 10 point lead again, and then held on to win despite Lezignan getting a score back 10 minutes from the end and pushing for the win.

Avignon are well and truly in the title picture after re-emphasising their credentials with a thumping 64-12 win over Toulouse.

The Bisons are threatening to make an assault on the top four places following their resurgence in form, that has virtually seen the top six clubs split away from the rest.

Albi, Toulouse, Palau and St Gaudens have now been cut adrift, with 7th placed Albi some eight points behind Villeneuve in the final play-off place with only five or six rounds left to play.

Villeneuve lost ground on the top five as they suffered a 34-14 defeat at home to Limoux.

The Leopards suffered from a difficult start, which saw Thomas Monclus sinbinned and then Eddy Pettybourne sent off for a dangerous tackle.

Although they lead 6-4 at half-time, even stretching that advantage through Monclus to 12-4, their numerical disadvantage started to take its toll as the second half wore on.

Maurel’s second brought Limoux within two, and though Thomas Lasvenes’ penalty restored a four point lead, that proved to be the hosts’ final scoring play of the match.

Mickael Rouch’s converted try gave Limoux their first lead and a quick-fire double from Eli Leivido and Yann Belmaaziz put the game beyond doubt, before Rouch’s second try rounded off the scoring to consolidate their place in the top four.

St Esteve managed without several of their regulars, who were on duty with Catalans Dragons, to earn a hard-fought win away at Albi.

The Dragons led 18-12 at half time and were able to keep their opponents at arms length to secure the win, 30-24.

Catalans new star of the moment, centre Mathieu Laguerre, says he still wants to give his all to the St Esteve cause in their bid to win the Elite 1 Championship. The youngster made his Super League debut, scoring a try and winning the man of the match award, in the dramatic 29-28 win over Hull KR at the weekend.

He told Treize Mondial: “If I don’t get playing time in Super League, I will give my maximum with St Esteve to get a title. It would reward this group of young people, for many players it’s a first year in Elite 1. We get along well and that’s what makes us good on the pitch. We really have the capacity to go for a title at the end of the season.”

The French Federation has launched a new website, as the Luc Lacoste era continues to get off to a good start. They even gave a shout out to our recent in-depth interview with the man himself. Merci!

Great to see my piece with Luc Lacoste shared on the French Federation site!

He seems to have a real positive attitude of working with the media – rather than trying to compete with them. And with talk of 2025 World Cup in France, getting things done toohttps://t.co/wgKShIT130 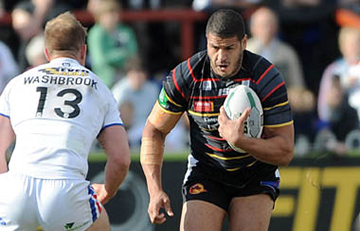 Former France international and Catalans Dragons forward Jamal Fakir has been appointed head coach at Baho. The Geckos are the defending Elite 2 champions and have recently had a change in president, which also saw the departure of previous coach Didier Meynard. 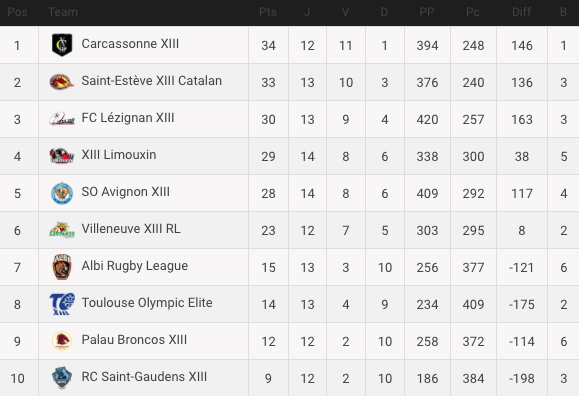