The French Elite Championship is riding on the crest of a wave, despite the tribulations caused by the coronavirus pandemic.

With it being virtually the only rugby league going on in the world right now, even The Guardian saw fit to give its freely available live streams a plug this week.

Standards in the league are improving too, and the feeling is that the league’s top teams could now compete with their English counterparts in the Championship and maybe soon the UK bookies will start offering markets and give it added exposure.

Carcassonne are three points clear at the top of the Elite 1 Championship after a thrilling 28-26 Aude derby win away at Limoux. 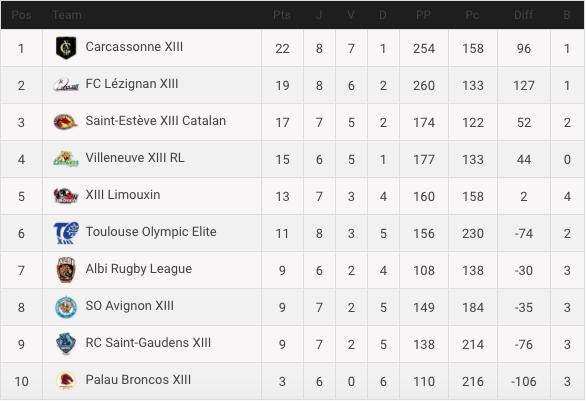 An early penalty and a Leandre Torres try gave Limoux an 8-0 advantage and that became 12-6, with Alexandre Bourrel scoring their second try while Carcassonne forward Mika Simon was in the sin-bin.

But a mistake by Zachary Santo gifted a try to Georgy Gambaro either side of two penalties from Clement Herrero to give the Canaries a 16-12 half-time lead.

What was becoming a topsy-turvy encounter turned in the Grizzlies favour again, as Santo made up for his earlier mistake to score a try, with Allan Torreilles adding a penalty and a conversion for 20-16.

A quickfire double from Vincent Albert and Anthony Mullally swung it back towards Carcassonne, and that proved enough to earn them the points, despite Ben Vergniol’s try 10 minutes from time.

Limoux coach Maxime Greseque said: “There was a good derby with a lot of intensity and rhythm. Carcassonne has a great team this year and they were able to seize opportunities by scoring when needed.”

Villeneuve came out on top in a high-scoring game against St Gaudens, eventually winning 36-30.

The Leopards led 12-0 after 20 minutes but trailed 20-12 at half-time, as they started to get in discipline trouble, suffering three yellow cards during the game.

The game levelled at 24-24 and then 30-30 and after St Gaudens had missed two drop goal attempts, Gavin Marguerite scored the decisive try to earn Villeneuve the win.

St Gaudens coach, Julien Gerin, said: “We can feel the level that is rising in the championship. We will continue to work and the group is positive and passionate about securing the 6th qualifying place.”

St Esteve built on a strong start to secure an impressive 20-14 win away at Avignon.

Tries from Alan Baby, Cesar Rouge and Corentin Le Cam gave them a 14-0 half-time advantage and although Joris Cement got the Bisons on the board soon after the restart, a 90-metre interception try for Jordan Flovie stretched St Esteve’s lead to 20-4 and it was too much for the hosts.

Albi closed the gap to the play-off places for them and those below them by beating Toulouse 26-16, while Lezignan registered their sixth win from eight this season by breezing past bottom side Palau 54-6.

Though not yet officially confirmed, the French press are reporting that there will be no relegation from the Elite 1 Championship this season. With the Elite 2 Championship not playing due to the pandemic, there would be no obvious candidates for promotion, while new FFR president Luc Lacoste has made no secret of his desire to expand the top league to 12 teams. 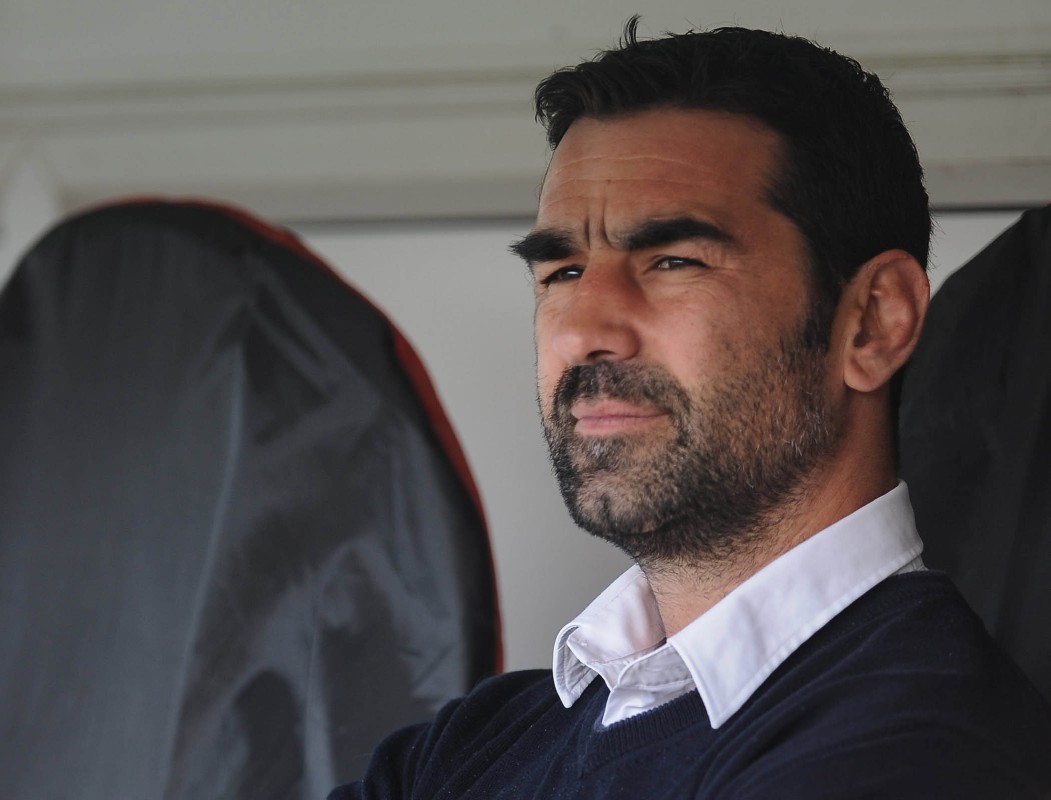 New French president Luc Lacoste is yet to decide who will lead France at the 2021 World Cup. Aurelien Cologni is currently the men’s head coach, but former Catalans boss Laurent Frayssinous – who had been due to lead Ottawa Aces before their withdrawal from the 2021 season – has been linked with the post.

Former Catalans captain Greg Mounis, who played 274 times for the Dragons between 2006 and 2016, has taken up the role of defensive consultant at Palau Broncos. He has also been involved with the junior section at St Esteve as director of rugby.

There is only one game this weekend – St Esteve take on Albi on Saturday at 3pm, with the game streamed live via the Dragons YouTube channel.