The latest from across the Channel in partnership with TreizeMondial.fr!

Tony Gigot marked his Avignon debut with a try as they thumped Albi 64-18 for only their fourth win of the season.

They broke the match in the first half, with Gigot’s try helping them to a 22-6 half-time lead.

And they ran riot in the second half, racking up a total of 11 tries, including a hat-trick for half-back Jack Payne and a brace for winger Sofiane Ghanem.

Avignon coach Renaud Guigue said: “We finally showed the offensive and defensive qualities that we had. Despite a few mistakes in the first half, we stayed in the game and had a wonderful second half.”

St Esteve moved up in to second place in the Elite 1 Championship with a 36-6 win away at Toulouse.

“The game was a great opportunity for our players and we are very proud of the progress and the efforts. Our goal is not changing and we have a lot of work to do.”

Palau remain rooted to the bottom of the table after going down 24-14 at Limoux.

The Broncos failed to take proper advantage of a 10 minute spell in the first half where the Grizzlies were reduced to 12 men, with Maxime Peault’s try giving Limoux a 10-8 half-time advantage.

That lead was stretched to 20-8, with Leandre Torres adding his second try, and that left Palau with too much to do – despite Jean Baptiste-Bousquet’s try 10 minutes from time giving them hope.

The Elite 1 Championship is set to expand to 12 teams for the 2021/22 season. It has been widely speculated since the appointment of Luc Lacoste as FFR president, and it now appears that relegation has been called off for the current season, to enable two Elite 2 sides to jump up. It will be decided by a commission with criteria, similar to the process that saw Leigh elevated to Super League. Villefranche and Pia are the favourites.

QUIZ: Can you name the 10 teams in the French Elite 1 Championship?

Reports in France suggest that the Elite 2 Championship, the second tier of the game in France, will resume on April 10/11. Only 10 teams will participate though, in two pools of five, after Lyon decided to withdraw. There have been just eight games played in total in the season so far, with Entraigues the only team to have won two from two.

Catalans and Toulouse to play friendly

Catalans will take on Toulouse in a pre-season friendly on March 13. The Dragons haven’t been permitted to return to training until March 1, due to the way government funding is allocated, and will prepare for their Super League opener against Hull KR on March 27. Toulouse don’t kick off their season until April 2, when they visit York and then a 15-day break until their first home game against London.

Vaivai could stay in France 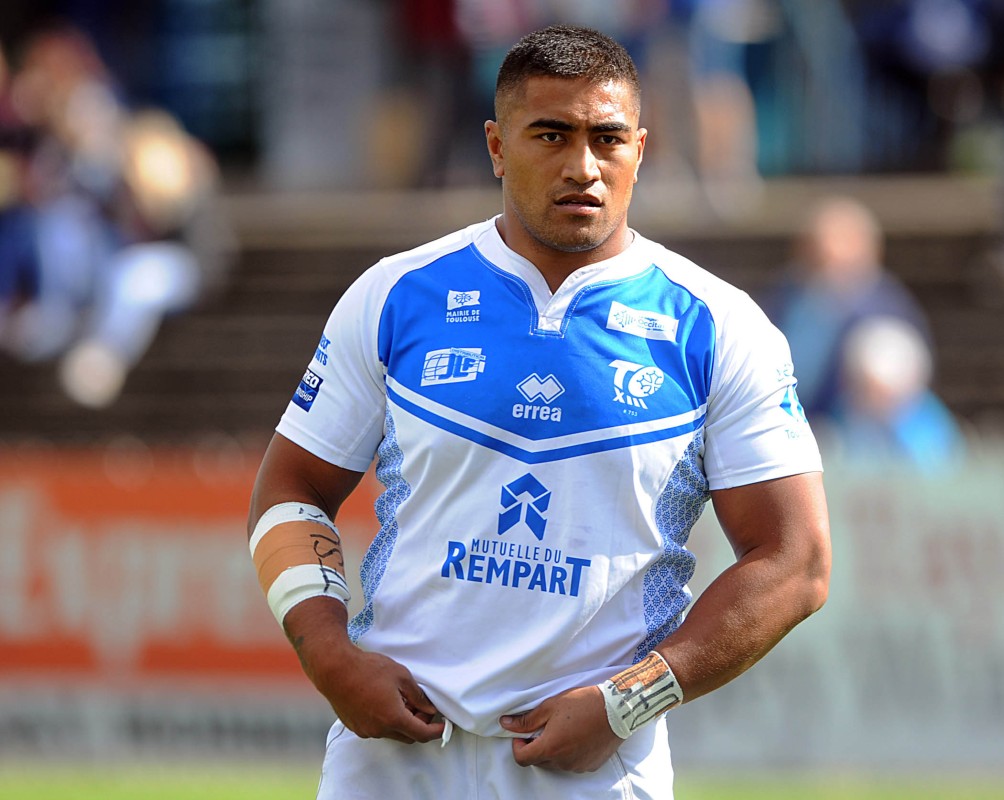 Samoan prop Patty Vaivai could yet stay in France, despite leaving Toulouse. The former Newcastle Knights, Gold Coast Titans and Leigh forward played 22 times for Toulouse in the Championship, but has been released on the eve of the 2021 season by mutual consent. He has had interest from French rugby union and a number of French Elite 1 Championship clubs, with his signing expected to be announced imminently.

Coming up this weekend

Three re-arranged games will take place this weekend, following postponements earlier in the season. Assuming games are live streamed, as they have been in recent weeks, the schedule will enable you to watch all three matches live.

It includes toppled league leaders Carcassonne, who have lost top spot after being forced to have a few weeks off due to COVID. Their captain, Bastien Escamilla, said: “It’s especially frustrating to train hard all week to learn on Friday that the game is canceled. But we see in training that the team remains focused and competitive, even between us.

“We are not putting particular pressure on these upcoming matches. We will take the matches one after the other and prepare well depending on the team we meet on the weekend.

“The objectives remain unchanged. Winning titles of course, winning as many matches as possible, and above all having maximum pleasure with this quality group in these times of crisis.” 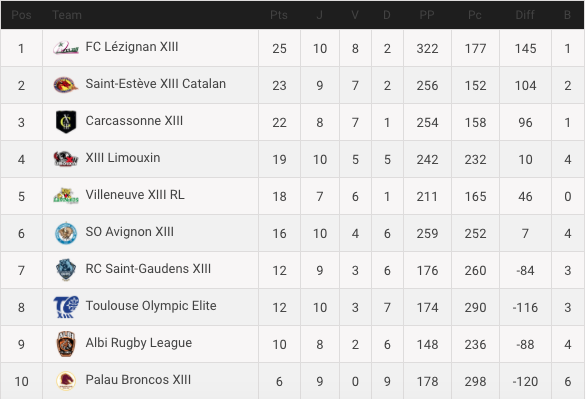