Former Hull and New Zealand forward Frank Pritchard is fighting for his life in a Sydney hospital after being struck down by COVID.

He also played in the NRL for Canterbury, Penrith and Parramatta.

Reports Down Under said he was on life support as a result of complications from the virus.

Channel 9 said he had suffered a collapsed lung, among other health issues due to the virus.

The Telegraph also reported that he has ongoing problems with asthma issues.

Bulldogs General Manager of Football, Phil Gould, tweeted: “Hearts and prayers are with former Bulldog Frank Pritchard who is in hospital battling Covid.

“We send all our best wishes for a full and speedy recovery. Our love to Frank’s family and friends.”

Hearts ❤️ and prayers 🙏 are with former Bulldog Frank Pritchard who is in hospital battling Covid. We send all our best wishes for a full and speedy recovery. Our love to Frank’s family and friends. #proudtobeaBulldog

Thinking of you and your family, Frank – keep fighting. ❤ pic.twitter.com/RsL2Bf6ZKQ

Affectionately known as “Frank the Tank”, Pritchard played a solitary season in Super League for Hull in 2016, making 26 appearances.

On his arrival to the UK, Pritchard took over from Mose Masoe as the heaviest player in the competition.

He played for the Airlie Birds in their cup final win over Warrington, the first time they had ever won at Wembley in seven attempts. 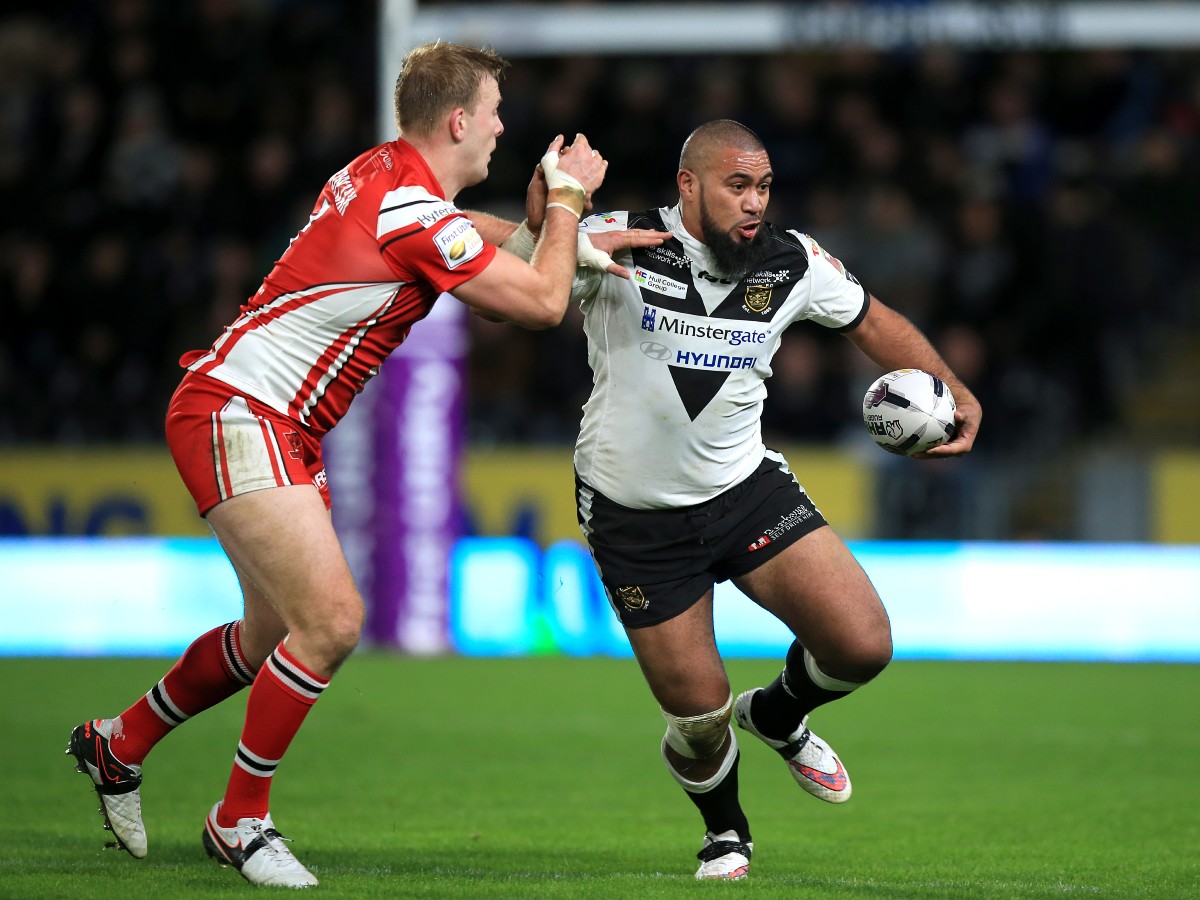 The Sydney-born back-rower made his debut for New Zealand in 2005 and was part of their squad for the 2008 World Cup.

The Kiwis won that tournament, though Pritchard didn’t play a match due to a shoulder injury.

He won 27 international caps for New Zealand, before switching allegiance to Samoa in 2014.

Pritchard captained Samoa at the 2017 World Cup, which turned out to be his final appearances in rugby league.

He announced his retirement in January 2018.

COLUMN: Could we be seeing another COVID affected Rugby League season?