The Vikings are set to start their much anticipated qualifiers campaign against London tonight – a game that has its fair share of interest.

Widnes, despite a lacklustre season all-round, remain hopeful that they can secure their Betfred Super League status.

Whilst London, who have raised eyebrows in what can be considered a fantastic Betfred championship campaign, will fancy their chances against the struggling Super League outfit.

Will this be the beginning of the end for the Vikings’ Super League tenure? Are the Broncos due to return to top flight rugby league?

Coming off the back of a hectic week of coaching announcements and pending player departures, the Warriors will look to refocus on their Grand Final push.

The Tigers will also be keen on starting their Super 8 campaign against the Warriors, in a game that could well be a mock of the future Semi-Final.

With Wigan in second and Castleford breathing down their necks in third – we just might be in for a classic at the DW Stadium on Friday. 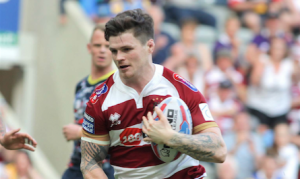 St Helens looking to bounce back from Semi-Final disaster.

The Challenge Cup final seemed a shoe-in for the league leaders but Catalans Dragons stopped any Wembley dreams the Saints may have had.

In a double header at the Universirty of Bolton stadium, the Dragons put in a fantastic display to humble St Helens – in what was only their third loss of the year.

The Saints now face a rampant Huddersfield outfit who themselves defied the early season odds to secure Super League status.

All eyes are now on the Totally Wicked Stadium on Friday night – will the Saints bounce back?

League 1 setting up for fiery finale.

The Knights managed to defeat the Bulls in their recent clash – a game that was described as a complete thriller.

The Knights face up against West Wales Raiders, whilst their top of the table rivals the Bulls, battle the other Welsh outfit North Wales Crusaders.

With 35 points difference being all that separates the two at the top, we are in for a photo finish come the end of the season – question is, who comes out on top?

The much anticipated derby between South Sydney Rabbitohs and Sydney Roosters takes place on Friday, in a game that is much more than a rival showdown.

Both clubs sit in pretty positions on the NRL ladder, the Rabbitohs topping the lot whilst the Roosters sit poised in 3rd.

Only two points separate the sides, so there certainly is everything to play for.

Who will win? Can the Roosters drag down their fierce rivals? 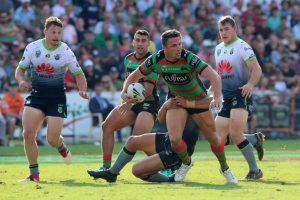