Wembley will host the battle of the fullbacks this Saturday.

The question on everyone’s lips is, which fullback will take home all the plaudits.

But who will turn up when it counts?

These two ferocious forwards will lock horns on Saturday – the question is who will prevail?

Hill captains the Wolves and leads by example.

Casty has been in sensational form and also leads his side.

Who will come out on top? 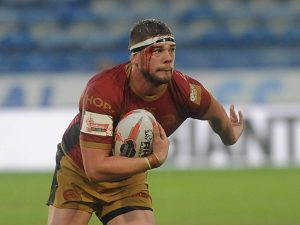 Charnley is no stranger to Challenge Cup final success, having won the competition in 2011 and 2013 with Wigan Warriors.

Yaha has enjoyed a fruitful 2018 with the Dragons and will look to top of a roller-coaster year with a Challenge Cup title.

Who will win the war of the wingers?

The Dragons are 80 minutes away from creating history – as a win at Wembley this Saturday will gift them their first ever major Trophy.

Their last chance at achieving Challenge Cup glory was in 2007, but they unfortunately failed to bring the title home.

The Wolves will provide an equally tough challenge on Saturday but after defeating the tournament favourites St Helens, they will believe they can succeed. 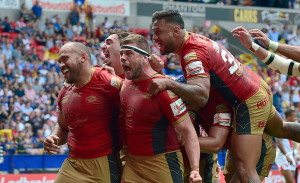 A game for the neutrals?

Warrington are set to being large contingent to the capital, which isn’t much of a surprise.

However, it is no secret that the Catalans Dragons faithful will be outnumbered in London this weekend.

The French following is expected to reach over 5000, which considering the short notice and distance to travel, is extraordinary.

Therefore, a great deal of the spectators at Wembley will be neutral rugby league lovers.

The spectacle is set to be yet another example of rugby league’s ability to bring people together – no matter who they support. 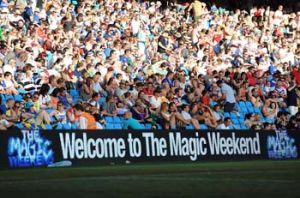