Gill joins the Rovers from Queensland Cup side Mackay Cutters. He is the son of former London Broncos star Peter Gill, who was named in the Super League Dream Team in 1996 and 1997.

Featherstone coach Brian McDermott said: “Bayley has a strong pedigree in the Australian game and I’m sure his father Peter Gill who played plenty of Super League games for London Broncos has steered his career well thus far.

“Bayley is extremely keen to show his qualities to the British fans and I’m really pleased to give him this opportunity.”

Gill commented: “I’m really excited to get over there and give it a crack. I was born in England when my father played there so it’s something I’ve always wanted to do.

“I’m looking forward to meeting up with the group to play my part in making that extra step towards Super League.  I’ve been speaking to Brian the coach and I’ve heard so many positive things about him, I cant wait to get going.”

New signing Joey Leilua “excited” to test himself at Featherstone 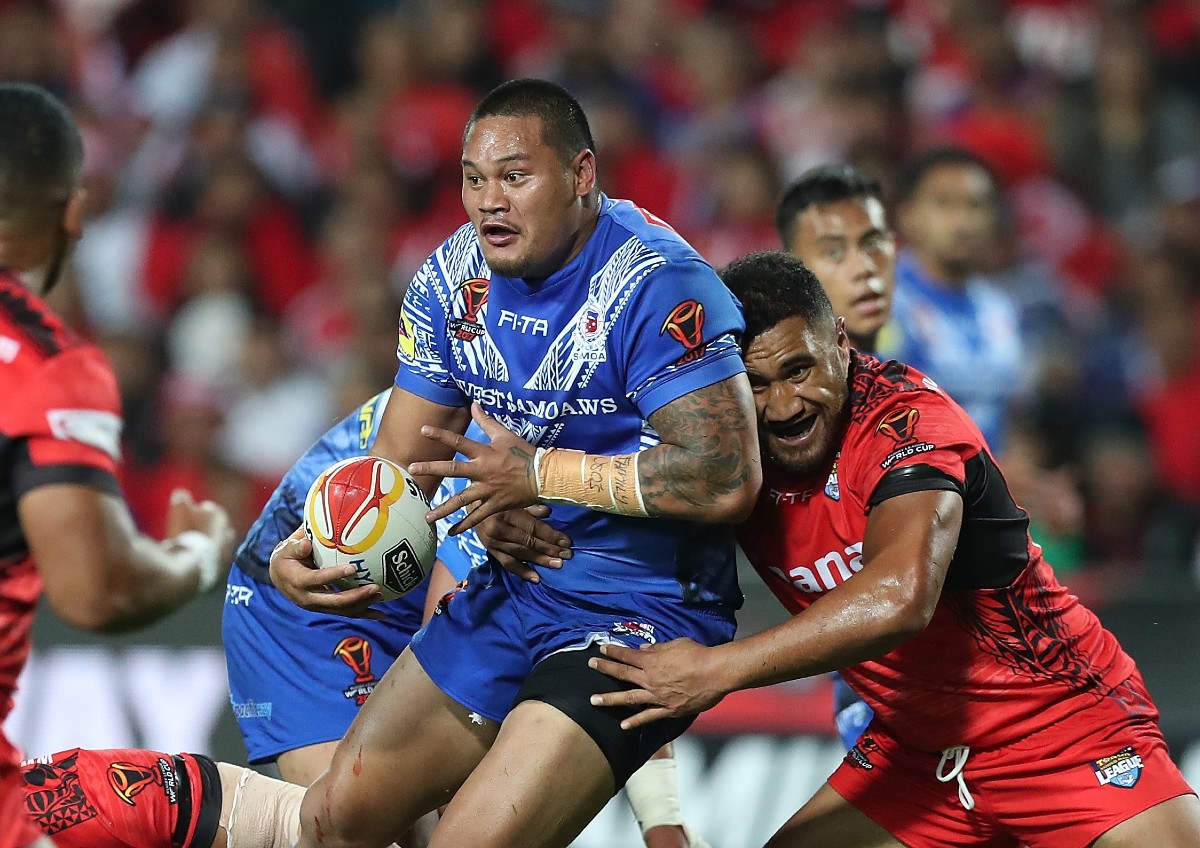 New Featherstone signing Joey Leilua has said he is excited to test himself in the Championship in 2022.

Leilua joins the Rovers with a wealth of NRL experience under his name. He has made over 200 appearances for Sydney Roosters, Canberra, Newcastle and Wests Tigers.

He is a two-time Dally M Award winning centre, having won the accolade in 2016 and 2018. At the end of 2021, the 29-year-old found himself without a club, after falling out of favour at the Tigers.

His only experience of England has been in the 2013 World Cup. He played for Samoa in their matches against New Zealand, Papua New Guinea and France. He made a try-scoring debut against the Kiwis in Warrington.

In an interview with Rovers TV, Leilua said: “I can’t wait to see my new team-mates, and see a new town. I have never been to that part of England before, I have only ever stayed in Warrington.

“I’m looking forward to seeing the new coach Brian (McDermott). I have heard some good things about him, and he’s encouraged me to come over.

“I want to go ahead and prove myself in the UK, and show the other side of the world I am not the type of person everyone thinks I am.

“I’m going to bring aggression, that’s a standard for me, but controlled aggression. But also I want to bring some excitement.

“I wanted to test myself in that league, so it will be exciting.”