The current state of affairs in rugby league in Greece at the moment are worrying and alarming, but most of all – unbelievable.

The Greek Rugby League Association is at loggerheads with Anastasios Pantazidis, the leader of the Hellenic Modern Pentathlon Federation.

The full story of the ongoing situation regarding rugby league is so ridiculous that it almost seems fictional.

In April 2015 – after a year of receiving excessive bans, monetary fines against players, exclusion of a club, and persecution of a referee – four of the five active clubs in Greece voted ‘no-confidence’ against Pantazidis, the then president of the Hellenic Rugby League Federation.

The Rugby League European Federation opened an investigation into the matter and the group were labelled as ‘rebels’ by Pantazidis. The RLEF attempted to reconcile the two parties in May 2015, with Pantazidis managing to persuade one of the four clubs to return. The other three started their own competition.

As the year came to a close, the HRLF continued to be the recognised body of Greek Rugby League, but due to lack of players – they failed to travel to Malta for their Euro Group C match, so they had to forfeit the game. They then hosted Spain and lost 76-4. At this stage, HRLF barely had any players and brought in several players from rugby union.

In November 2015, Pantazidis used his position in ministry of sports to persuade venues to not let the ‘rebels’ hire their facilities. The situation came to the point that the only field left in the whole of Athens was available after midnight, once all the football games had finished. A new – but unwanted – world record was set, when the Attica Rhinos v Rhodes Knights match kicked off at 00:15 and concluded at 01:47.

3 years on since our unwanted world record and sadly, nothing has changed. In fact, the state is now more hostile than ever towards rugby league and playing matches top secret, undisclosed locations has now become normal to us. And we are supposedly living in 2018. pic.twitter.com/NB0Lo02uJt

The ‘rebels’ continued their activity with their small competition and begun the process to form a legal entity at the start of 2016.

The other competition – ran by Pantazidis – had two matches scheduled that weekend, which Collier and Vujosevic were set to attend, but they were both cancelled without any explanation. It was later revealed that it was due to lack of players.

In April 2016, the RLEF suspended the HFRL for ‘wilfully acting in a manner prejudicial to the interests of the RLEF and international rugby league’ after RLEF membership voted 33-1 in favour of the result, while outlining plans to rehabilitate the sport in Greece, so they could regain their membership.

And then in August that year, the RLEF expelled the HFRL after a four-month suspension period.

The ‘rebel’ league continued to gain popularity in 2016. Patra – the third largest city in Greece – joined the league. Rhodes hosted a tournament that attracted over 100 participants, including the first-ever Turkish XIII to play a historic friendly.

In 2017, the light seemed to be at the end of the tunnel for rugby league in Greece. In February that year, Greek courts formally approved the application of the Greek Rugby League Association as a legal entity. The GRLA was awarded observer status the following month.

Rhodes won the Grand Final in June and shortly after, the GRLA announced its intentions of sending an all-domestic national team to tour Serbia in October.

But in September, Pantazidis took the GRLA to court in a last-minute attempt to prevent them playing in Serbia as the nation of Greece. He demanded that any reference to Greece, its national anthem or its colours to be forbidden for use by the GRLA. George Stilianos and Aris Dardamanis represented GRLA in court and the court rejected Pentathlon Federation’s motion and finds in favour of the GRLA.

2017, summoned to court in an attempt to stop our national team touring Serbia. Here's a snippet of the 14-page document, in case anyone doubted just how serious this all is. @WorldPentathlon & @ikramofficial – we urge you to stop supporting this hostile movement! #GreekRLjustice pic.twitter.com/6pdw7BGuM6

In March 2018, GRLA was awarded affiliate member status and Larisa – the fifth largest city in Greece – formed a team and hosted its first game.

Legal action continued against venue owners across Greece, but in June, the GRLA successfully staged a match at the well-known Pampeloponnisiako Stadium in Patra.

At a Balkan Super League match in Athens between Attica and Radnicki Nis of Serbia in June 2018, police were sent to the venue in the 70thminute. After a five-minute stoppage, police officers agreed to allow referee Aris Dardamanis to stay and complete the remaining 10 minutes of the match, while taking one representative from each team back to the local police station for further questioning and to provide statements.

In September 2018, Greece defeated Malta 60-4 in its World Cup qualifying match, but the match was organised in top secret on the outskirts of Athens. Neither Malta staff or Greek players were told where the match was being played, for fear of police intervention. Each team was given a meeting point and driven by bus to the venue.

And then in October, legal action was taken against the venue owners that hosted Greece’s international match against Malta. GRLA president Stilianos was summoned to the local police station for questioning.

Greek players are now being told not to upload any photos from matches or venues because of legal threats being made. Results of matches involving certain clubs are not even announced anymore as their board fears further legal action.

The GRLA have now decided to go public with their actions on social media in a bid to gain help from the rugby league community, and that’s the story so far.

STRENGTH IN NUMBERS! Thank you all for the support so far! We are the real Rugby League community of Greece and we will continue the fight. Please keep contacting @WorldPentathlon, @ikramofficial, and ??General Secretary of Sport @juliosynadinos until justice is done! Thank you! pic.twitter.com/H7ITAVPpnD

Let’s just hope that there can be peace for rugby league in Greece soon. We want to have a global game, but this can’t happen if federations are fighting against one another.

On a more positive note, Greece will play Norway on May 18 in London in a World Cup qualifier.

The winner will play in a qualifying group against Scotland and Russia. Two of the three teams will then reach the 2021 Rugby League World Cup, which is held in England. 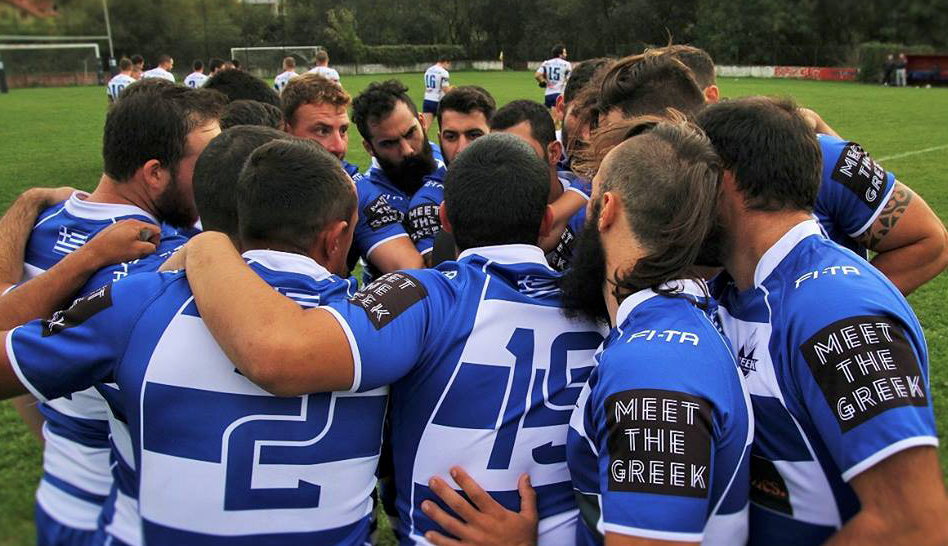