Jamaica will be a new name at the 2021 World Cup – and it marks a stellar achievement for a country that only adopted the sport in 2004.

There from the very beginning was national team head coach Romeo Monteith, who has over seen 22 internationals during his time, the bulk of which have come against USA and Canada, but that took in a historic game against England Knights at Headingley last autumn.

Their squad included the likes of Super League players Ashton Golding, Ben Jones-Bishop and Michael Lawrence, as well as some from their domestic competition – including Khamisi McKain and Jenson Morris from Duhaney Park Red Sharks. 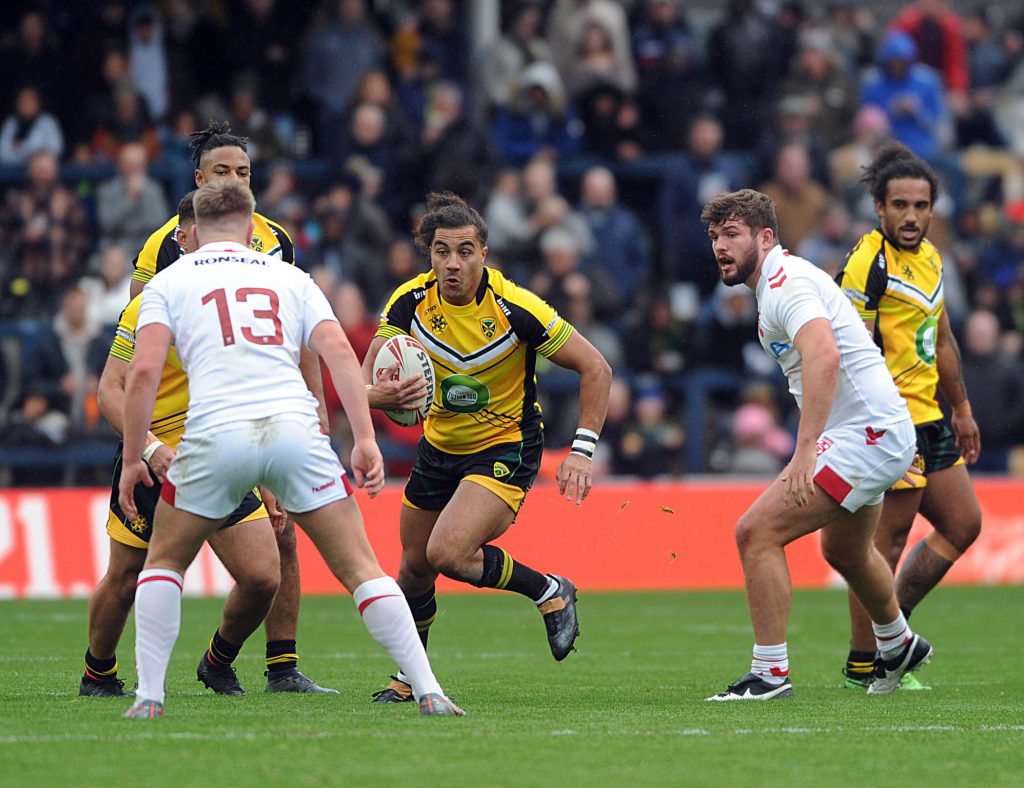 That game came almost a year on from the biggest result in their history, a 16-10 win over the USA in Jacksonville that sealed qualification for the World Cup.

The Reggae Warriors will undoubtedly become a second favourite for many fans during the tournament and the draw has given them a realistic chance of progress too – coming up in Group C against New Zealand, Lebanon and Ireland.

And banging the drum even more for Jamaica, is their Operations Director and Rugby AM presenter Alex Simmons, who represented the country at the World Cup draw earlier this year.

He said: “Massive respect and love to Romeo because to have the vision and desire to start a brand new sport in a country that had no past history of rugby league is insane.

“In such a short space of time to be having Super League winners in Jordan Turner playing for them and having Jason Robinson, a World Cup winner and a man who has achieved so much in both sports, working alongside me as operations director; I think Romeo has assembled an amazing team of people and an amazing squad of players and it’s just going to improve up to the World Cup.”

There will no doubt be more players ready to put their hands up to represent their Jamaican heritage at the tournament in England. 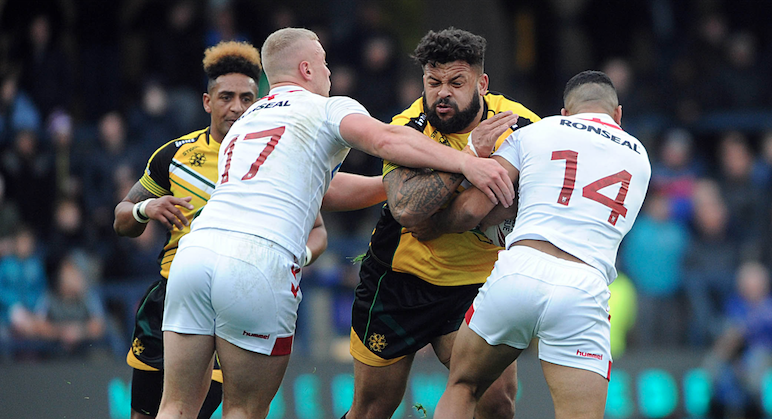 Regan Grace, a Grand Final winner with St Helens last season, qualifies for Jamaica though is more than likely set to represent Wales.

Simmons added: “There’s quite a number who will put their hand up and say they want to play for Jamaica, especially with the draw and us facing New Zealand.

“The fact that our boys will be getting to stand up against the haka in a World Cup is amazing.

“It’s the next step for a lot of the boys in their career, it’s the dream, it’s why they played rugby.

“This year when we saw Komici and Jenson line-up against the Knights, and filming Komici before the game and he nearly started crying stood in the empty Headingley Stadium knowing he was going to play in front of a record crowd for Jamaica, just shows the passion of the people and the strength of the community whether they’re based in Jamaica or here in the UK.” 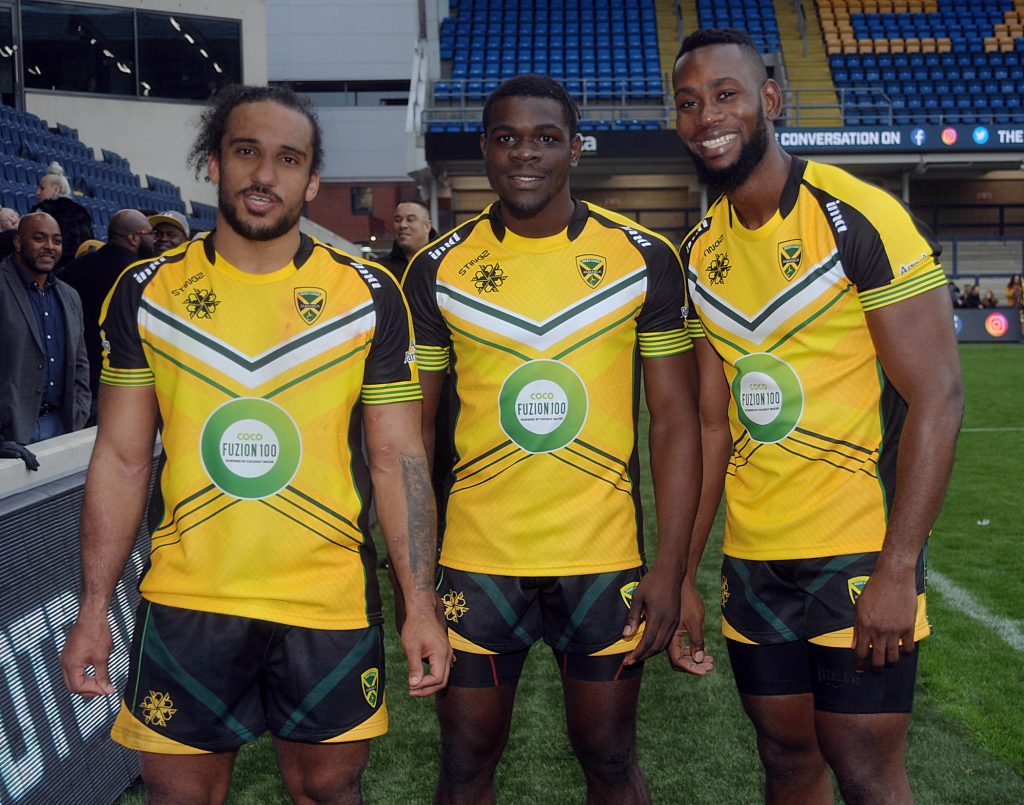 Whatever happens, it will be a memorable occasion for Jamaica and the sport – and they’ll be able to lean on an experienced coaching staff that includes Chev Walker, Ian Kirke and Jermaine Coleman.

Their plan is to play a number of games this year to help them prepare for 2021, with fixtures to be announced soon.

In 2019, as well as playing England Knights in October, they played a home friendly – only their second home game ever – beating USA 26-24 in Kingston.

Simmons added: “Romeo is our leader and he knows how he wants to play, the Jamaican way, which I think is really important.

“It wasn’t that long ago that players were paying themselves to play in a World Cup qualifier, and that investment’s paid off. Obviously not all of them will make it to World Cup, that’s the nature of sport.

“But the narrative is this Jamaica journey, it’s a story of an underdog, a story of new beginnings and a story of inspiring young people both here in the UK and on the island to make the dream become reality.”

While World Cups always bring talk of legacies, it will be fascinating to see what legacy it brings Jamaica.

The island already has 1200 registered players, and a flourishing amateur league that has been running since 2005.

“What they’ve achieved on the island in developing the sport is phenomenal. The commitment, the energy and time they’ve all put in for no money.

“This isn’t about getting a fat salary, this is literally people putting their own time away from their families, some amazing stories of sacrifice that have happened to get Jamaica to this point.

“It really is a huge achievement.”

About James Gordon 7296 Articles
Love Rugby League editor. Founded the website back in 2005. Worked with a range of clubs and sponsors during that time. Also commentates for BBC.
Website Twitter LinkedIn