There will be live Championship games broadcast in 2020, courtesy of the RFL’s OuRLeague app, which represents a bold move towards the future.

With Toronto having funded the broadcast of their games in 2018 and 2019, the rights holders at Sky have once again decided not to show any games from the second tier, with doubts even whether they will show games at the Summer Bash – perhaps with the exception of Widnes against Leigh, which was one of their best viewed games in the first half of last season.

That left the RFL with a decision to make – either allow the Championship to disappear from view again, or to increase its commitment to their internal platform to ensure that the best of the second tier is available ahead of the crunch broadcasting talks at the end of the year.

Rugby league is entering in to the unknown. Nobody truly knows what the state of the next broadcast deal might look like, or indeed who will be in for it.

Technology and viewing habits dictates that streaming must be part of that – but the jury is out on whether the OuRLeague app is the way to do that.

First of all, how can it be monetised? Currently, the games are available for free. The RFL faced a huge backlash when they put an England international behind a paywall, which doesn’t bode well when they try to do the same for a game between Whitehaven and Oldham (with all due respect).

Surely the bigger game plan from @TheRFL is to monetise Our League? Otherwise what is the point in it? They’ve invested a lot of money in it so far and imo haven’t produced anywhere near the numbers they need. They are trying to plan post tv deal hence the new specific ko times

There are doubts over the number of members, which has previously been announced as having surpassed 100,000 by the RFL. It’s unknown how many of those downloads are regular users, and the available statistics from the relevant app stores seem to suggest a figure far south of that.

The cost too of not only running the app, but filming the games, streaming them live and getting commentators in shouldn’t be underestimated too.

This is the naive reality that rugby league finds itself in. Robert Elstone has already talked Super League out of their TV deal in France by demanding more money from the broadcasters to show Catalans games, and they have walked away. A worrying sign.

For rugby league clubs to be having the cost of broadcasting covered as well as receiving a tidy sum of money is actually quite a coup – there are very few sports that manage this, especially a niche one as ours.

It puts Sky in a strong position – they will value rugby league of course, but at the same time know that they hold the cards. It’s unlikely that many other interested parties will come to the table. Talk of Amazon Prime is pie in the sky.

And so that is why focus has turned to the RFL’s OuRLeague project, given increasing prominence with it being linked to the central funding that clubs in the Championship and League 1 can earn.

The trouble is that currently, the bulk of that funding comes via the Sky deal that is ultimately for Super League. Take that away, and OuRLeague app or not, there’s not much funding to go around.

While rugby league worries about its position and value, rugby union is confident that at the end of their current broadcasting deal in 2021, they can target an up to 70% increase – leaning on the presence of Amazon, Google and Facebook in the market to do so.

Their current six-year deal with BT Sport is worth £200m, and includes five live games per season on terrestrial television via Channel 5, and Saracens chief executive Mitesh Velani can increase that as high as £370m.

Details of the current Sky deal for rugby league are sketchy, with a five-year deal worth £90m signed in 2011 and then hastily extended without much fuss by Nigel Wood during the ill-fated Super 8s days, which then by definition, incorporated the Championship, taking it away from a bemused Premier Sports.

Hopefully any new deal will include a breakdown of various packages, incorporating live games, highlights and online streaming – with the potential, perhaps, for live Super League games to be shown elsewhere other than Sky, in a similar way to how Premier League football is packaged up.

Regardless of what happens there, the streaming of games online is still a major consideration – what is for sure, providing them for free is not a long-term solution.

Less familiar sports with sparse coverage and no funded broadcast deals have been experimenting with streaming for many years with mixed success.

Speak to PDC Darts, run by Barry Hearn’s company like snooker, and they’ll tell you how important their in-house subscription channel is for broadcasting their minor events – but this is underpinned by their huge broadcast deal and partnership with Sky.

In basketball, every game in the professional British Basketball League is streamed live – this was done behind a modest paywall initially (monthly subscription of around £8 to watch as many games as you liked, and this also included games from European leagues too), but has since moved to free-to-view on YouTube.

Ultimately, streams behind the paywall were only getting between 50-100 viewers and as such the decision was made to take the streams to a wider audience. But while the potential is there, views on individual games are still only around the 3000 mark – hardly the eye-catching numbers likely to attract the commercial deals the league craves. Clubs are reluctant to promote, as there is no real cash benefit for them, and as much as you can ask them to play the long-game, these are businesses that need the short-term cash flow to survive – not too dissimilar to rugby league.

The assumption is that making streams free to watch will make it more attractive to casual fans. The reality is that there is so much sport to consume these days, that there is just no way to get the cut through. There is no evidence either that big numbers necessarily mean that blue chip sponsors will come flocking to your door.

What it does do, is potentially open up a TV deal – if you’re filming the games already, you can provide the footage to channels to broadcast; something which ice hockey has done with FreeSports/Premier Sports, and basketball has with BBC Sport (red button). 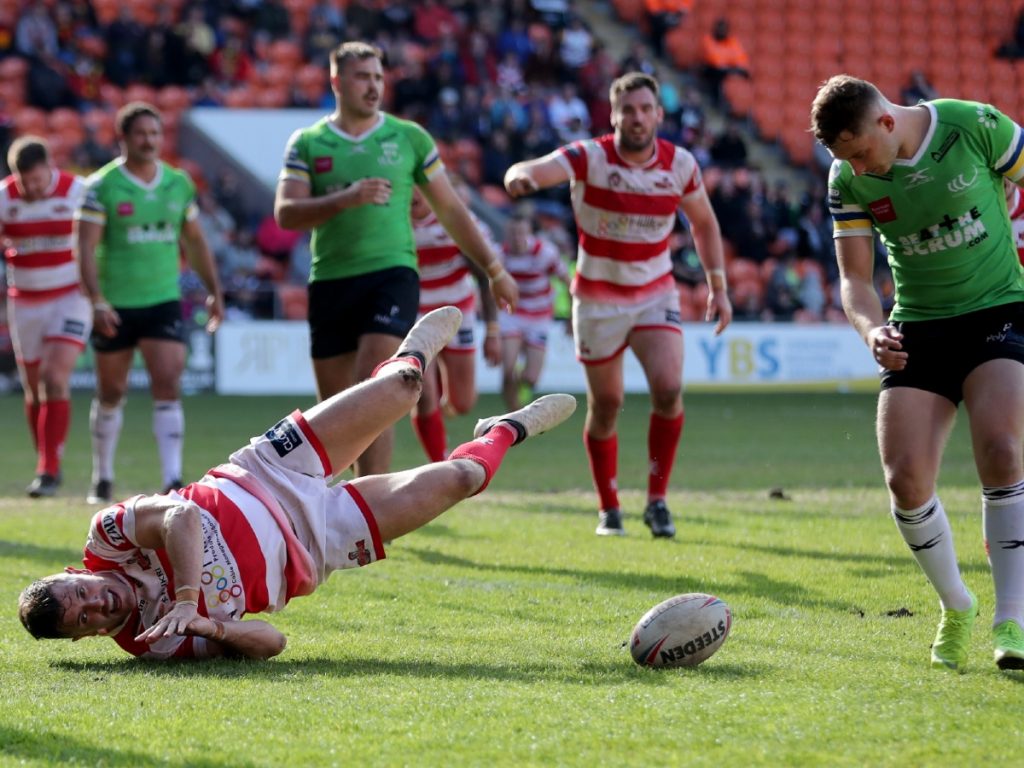 Rugby league may succeed in that it has a larger and more engaged, die-hard fanbase.

Part of the concern over the announced games for 2020 is the revised kick-off times. A number of games have been moved to 6.15pm kick-offs on a Sunday, so that fans attending the 3pm kick-off games can watch.

This isn’t a bad idea in practice. But the main broadcaster of Super League doesn’t even do this – some Friday nights, there can be four other games on in direct competition of its TV match, which surely has a detrimental affect on viewership.

The Sunday slot was chosen as it has proven popular on Sky, and the fixtures have been carefully selected so as to not impact on fans too much, but to ensure that attractive games are being shown live. All the clubs have been consulted and have supported the decision to stream games.

Well there’s 3 away games I would have gone to but won’t be doing for a 18:15 KO. When will sport realise that without the atmosphere from fans the product to show on tv, or tablet as may be, is vastly diluted ??

That’s three away games that I’m unlikely to go to. RL must be in great shape to make it more difficult for fans to go to away fixtures.

Already fans have hit out at the kick-off changes, and it will no doubt put people off from attending. The hipster argument these days is that “away fans don’t matter” and of course, clubs shouldn’t budget on a number of away fans – but the reality is that clubs are nowhere near selling out their grounds, and every fan who is put off from coming – be it home or away – is a loss. It may not sound a lot, but even if 100 fans are put off at £20 a go, that’s potentially £2,000 to a club.

Losing match-going spectators is a driver behind the some might say eye-watering costs of streaming live games from the Elite Ice Hockey League, the UK’s premier professional competition.

To watch one match live, you’re looking at between £10-£15. Clubs sell bundles at varying degrees of value – Belfast, for instance, charge £300 for a season pass that includes all of their games, or £27.50 pass for games against a certain team.

Given the travelling distances and volume of games in ice hockey (there are 10 teams that play 60+ games per season), the so-called webcasts are put in place primarily for away fans – but make it too cheap, and home fans may also choose to watch at home, hence why the pricing is not too dissimilar to a match day ticket (around £15-£20).

Some clubs in the Elite League choose not to stream at all, such is their assertion that streaming games will cost them money as it will stop people coming through the door.

It’s unknown what the plan is for OuRLeague moving forward. The RFL continue to experiment to gauge interest. York chairman Jon Flatman said in their release about the games: “Combining this additional coverage with the commercial benefits of using the sports own platform, ‘Our League’, is an excellent opportunity to grow and establish the broadcast value of the Championship as we enter into a new broadcast cycle.”

It remains to be seen whether that’s pie in the sky PR, or a pre-cursor to genuine interest from a paying party.

Either way, make sure you enjoy the variety of Championship (and League 1) games next season.