The build-up to last weekend’s Challenge Cup semi-finals provided some exposure to young players, forgotten by the cancellation of the academy, reserves and lower leagues.

In a tough time for everybody, they simply have nowhere to play. It must be of concern for those who are out of contract, perhaps best reflected by the impressive Warrington back-rower Ellis Robson, who is already tied up by Ottawa Aces for 2021, despite some pretty solid evidence that he can more than cut it in the top flight. 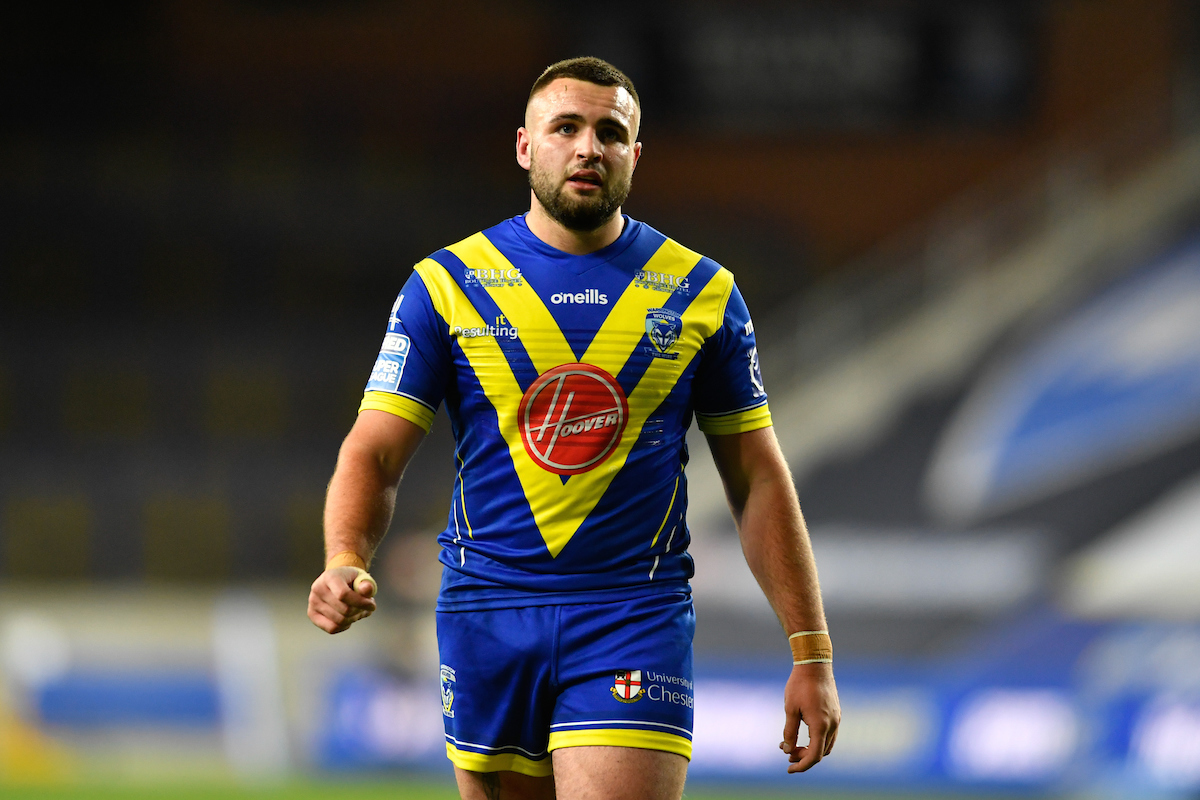 Warrington’s young guns earned credit for their 20-18 defeat to Salford, losing to a late Krisnan Inu penalty having led 18-0, in which nine academy players played for the Wolves.

Though what it did do, was highlight the gap that remains between the most successful clubs in Super League history and the rest.

For St Helens and Wigan particularly, fielding nine homegrown players in a match day 17 is all but the norm.

In fact, Wigan have fielded at least eight homegrown players in every match in 2020 and as many as 10 in some, while St Helens have managed at least seven in all of theirs.

Warrington’s average is four – usually Toby King, Mike Cooper, Ben Currie and Joe Philbin – though their recent coronavirus related woes have seen a number of others come in to the fold, leading to six playing against both Hull and Castleford, including Robson and Dec Patton.

Even Leeds, rebuilding following the end of a dynasty of homegrown stars the likes of which will surely never be repeated, have averaged more than six homegrown players in their 17 this season.

Off-field movement at Warrington in recent years, including the appointment of Paul Anderson as academy head coach and Pete Riding as head of youth, points to them being well aware that they need to bring through more of their own players to claim that elusive Super League title.

The statistics for Super League winners is quite extraordinary – you have to go back to 2006 for a winning team that fielded fewer than seven of its own homegrown players.

It’s surely no coincidence that St Helens, Wigan and Leeds follow the blueprint of bringing through their own, around the superstars they bring in from elsewhere.

At the other end of the scale, you have the ever rising stock of Ian Watson, forging a quite enviable reputation as a coach who is capable of getting the best out of a bunch of so-called cast offs.

Hindered by the short-sighted moves of previous club owners, even when Salford played a makeshift side against Warrington last week, they had just two of their own academy products on show (Luis Roberts and Ryan Lannon) – largely down to the fact that they are still in the process of working their way up from a category three academy.

While it would be inconvenient for Salford right now, Super League ought to consider a minimum requirement on naming academy produced players in a squad’s 21-man, or even 17-man matchday squad, especially for clubs in the heartlands.

The current rules on non-federation trained and quota players enable clubs to recruit from elsewhere, without themselves adding to the player pool, and so adding a specified quota of naming your own players would force clubs to ensure that they are bringing youngsters through.

There’s simply no excuse for Super League teams not to have an academy.

That takes us back round to Ottawa, and any other new territory expansion side for that matter. As it will likely be decades until they can produce their own players to a suitable standard, then the player pool will need to be increased to keep filling their rosters – just look at the sheer number of players they have already recruited that have been through the system at Warrington and Widnes to name but two. Without them, there would be no players for them to get at.

In the argument between heartlands and expansion, there’s one area that the heartlands will likely always win – player development.

At this point, we should highlight the sterling work done by those in the south and Wales to produce their own players, thus contributing to the pool of talent.

One of those was Kai Pearce-Paul, who made his Wigan debut last week after moving from London Broncos at the end of last year, while the likes of Dan Sarginson, Louie McCarthy-Scarsbrook and Tony Clubb have all made their impressions on Super League.

The numbers highlighted there shows just how tough it is, and how long an investment is needed, to bring through players of Super League quality from anywhere other than the traditional boundaries.

The reports that the controversial dual-registration system is coming to an end is a welcome one, but only if the players impacted can play in meaningful games – whether that be reserves, academy or on loan.