The Great Britain team are set to return in 2019, so we have decided to come up with an all-time XIII for the Lions.

Although his domestic form would not to replicate onto the international stage, it would still not be far off to say that the former Saints man is probably one of the best full-backs – if not the best – of the Super League era.

The 2006 Man of Steel winner stands as one of the most coveted with five Super League titles as well as claiming five Challenge Cup victories. 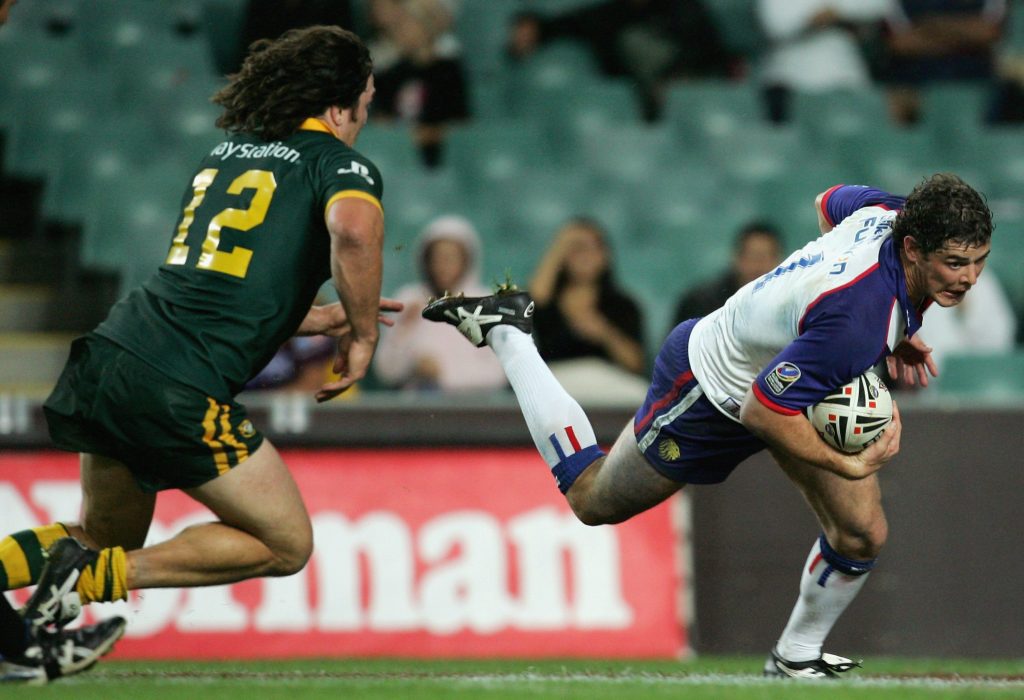 Not many players at the time could say they were faster or as explosive as this man.

The Widnes and Wigan great was one hard man to stop once he got going. All you have to do is just picture Roadrunner going up against the Coyote in Looney Tunes sketch then you will get the full story. Even though he would be criticised for his lack of defensive ability, Offiah would still be just as deadly and prolific at international level, scoring 26 tries in 33 appearances for the Lions. 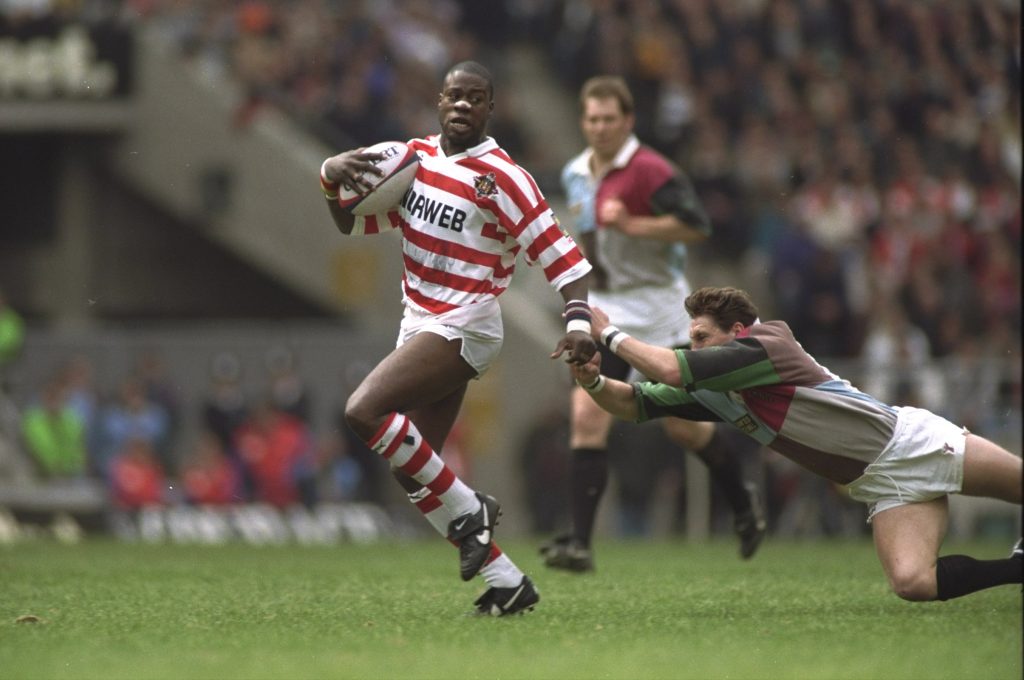 The winner of the 1990 Golden Boot, mainly due in part to his inspired performances at international level against the likes of New Zealand and Australia.

The former Leeds star’s displays saw Great Britain produce back-to-back wins against the Southern Hemisphere giants. A total of 31 tries in 46 appearances for the Lions means that he definitely deserves a place on the team sheet. 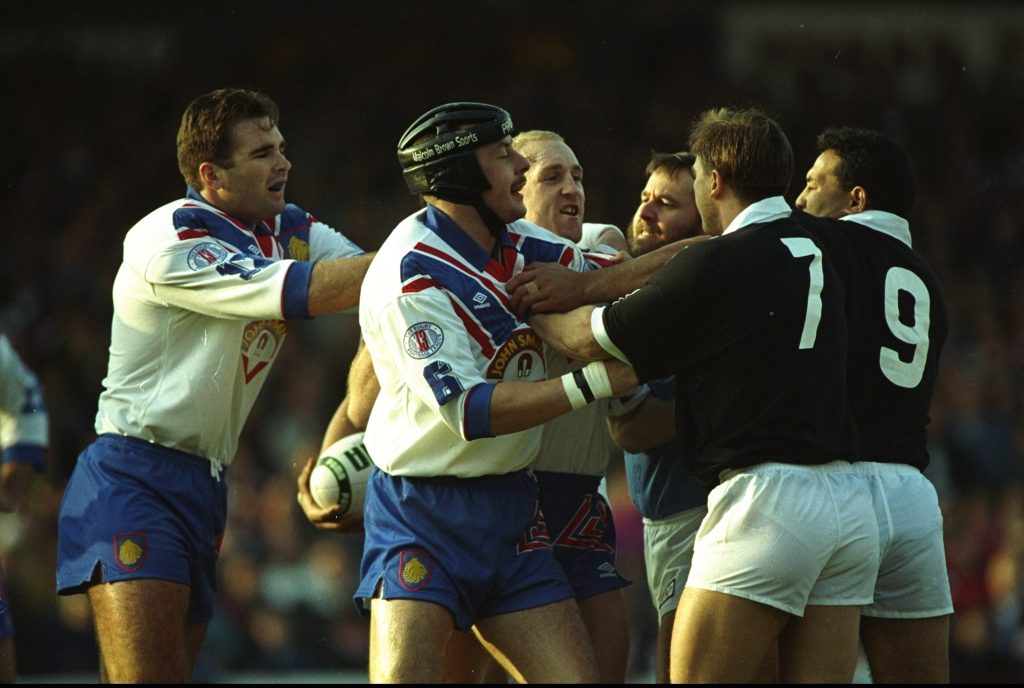 The Wakefield legend would achieve recognition throughout the 50s, 60s and 70s where he would display the skills of which made a him a player to go and see every week. By the end of his career, he completely reset the bar by setting the all-time rugby league points-scorer record with 6,220 points! It is hard to imagine anybody breaking that anytime soon. Fox eventually went on to represent Great Britain 29 times, scoring 14 tries in the process. 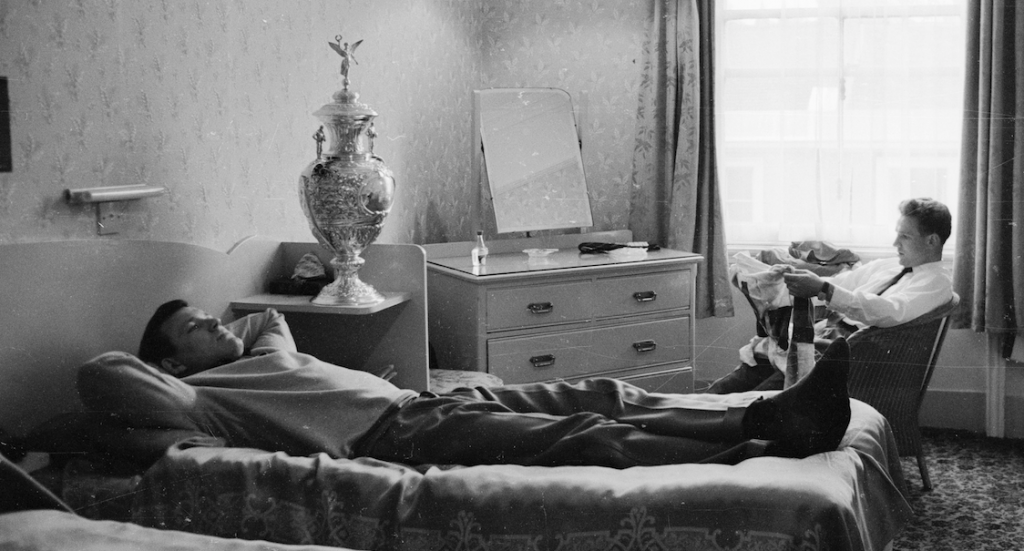 A total of 571 tries throughout his career.

It is a feat that just says everything you need to know about the former Wigan superstar. The prolific winger became famed for his lethal pace and acceleration, traits that were made more impressive by his large frame. The Hall of Fame inductee still holds a spectacular record to this day of 478 tries in 488 appearances for the Cherry and Whites. 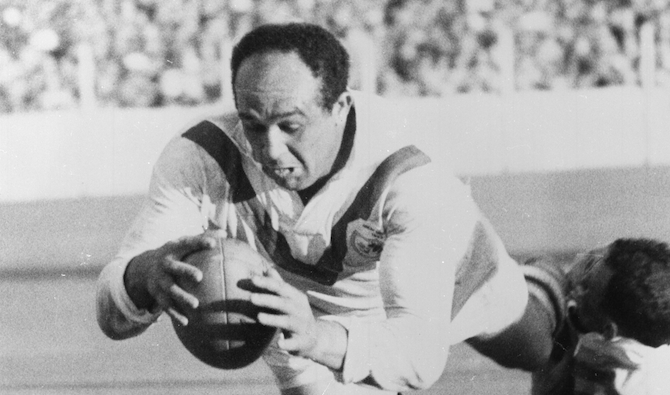 Often regarded by many as Great Britain’s greatest ever player and was voted as such in 2007.

A truly dominant player in the 80s, who exceled at the likes of Wigan, Bradford Northern and Leeds. You could not wish to find a more versatile player than Hanley, who performed outstandingly in a variety of positions from wing to loose forward. The three-time Man of Steel winner starred in the 1984 Ashes series against Australia, scoring 12 tries before leading the Lions to victory against the Kangaroos in 1988 – the Lions’ first test win in 10 seasons. 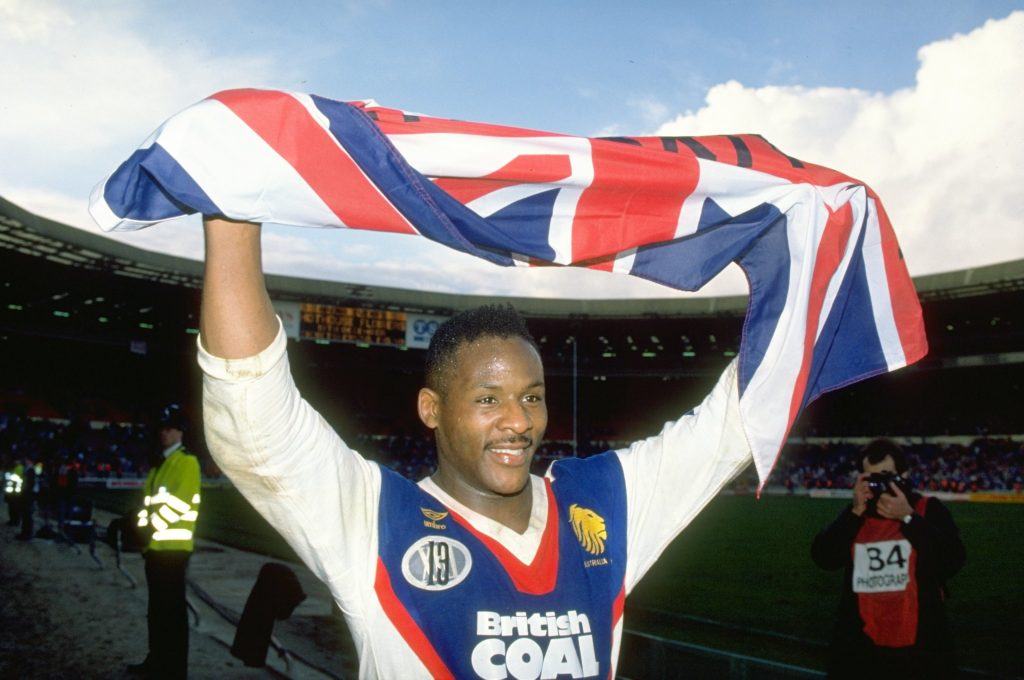 The most decorated player in the history of rugby league with 37 winners’ medals to his name.

The former Wigan half-back and 1990 Man of Steel winner would lead the Cherry and Whites to profound success in the late 80s and 90s, winning an astonishing nine Challenge Cups and eight league titles – both stand as records today. 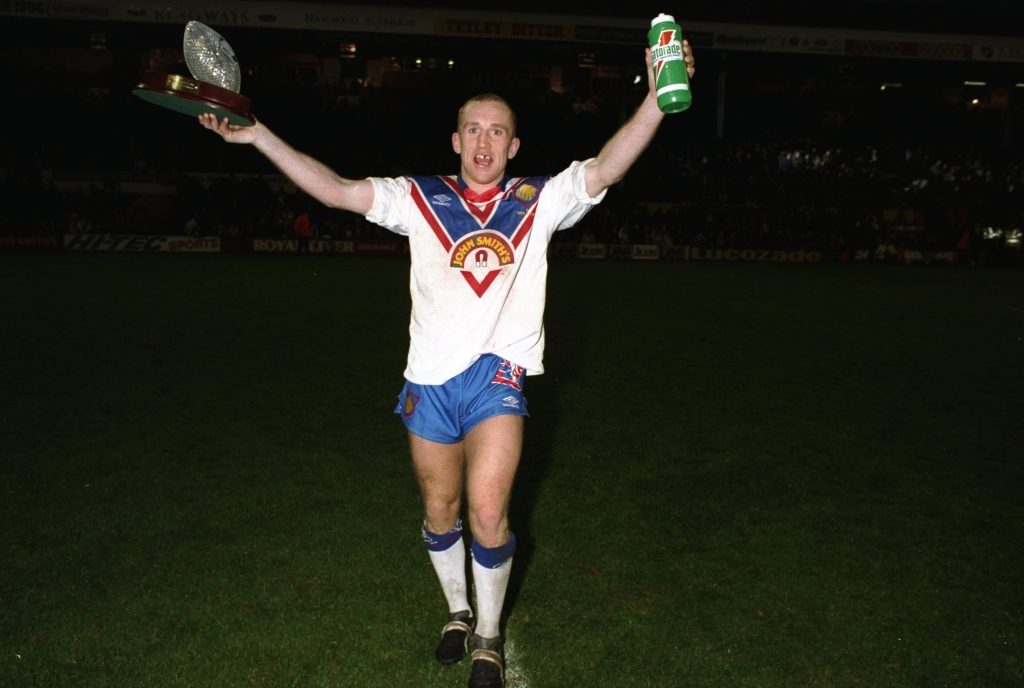 One of the game’s great warriors.

A maverick on the field who was everything you would want from a prop forward. He was as hard hitting and fearless as they came and was never afraid to be the first into a tackle. 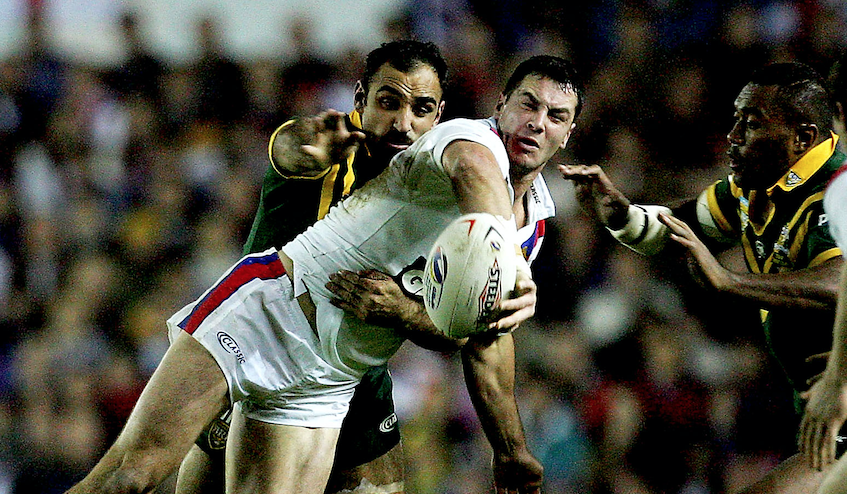 The one club man spent a total of 20 years with St Helens as player and coach and is regarded as a legend in those parts.

Although he may not have been as prolific at international level as he was at club level, Cunningham still stands as one of the greatest hookers to play the game, especially within the Super League era. 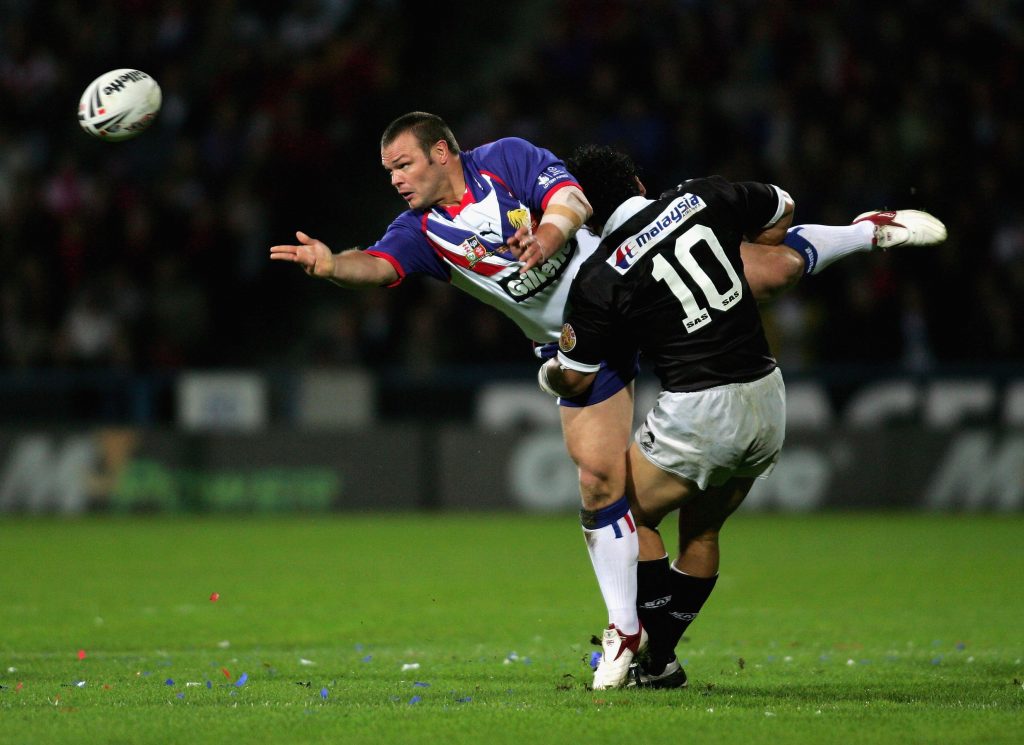 Is there a better general in this pack than this man?

The image of Peacock squaring up against Willie Mason against Australia in 2006 will be something that will live long in the memory for many rugby league fans for years to come. The former Bradford and Leeds forward went on to become one of the great on-field leaders of the Super League era, winning several accolades along the way and is the perfect candidate to lead such a squad. 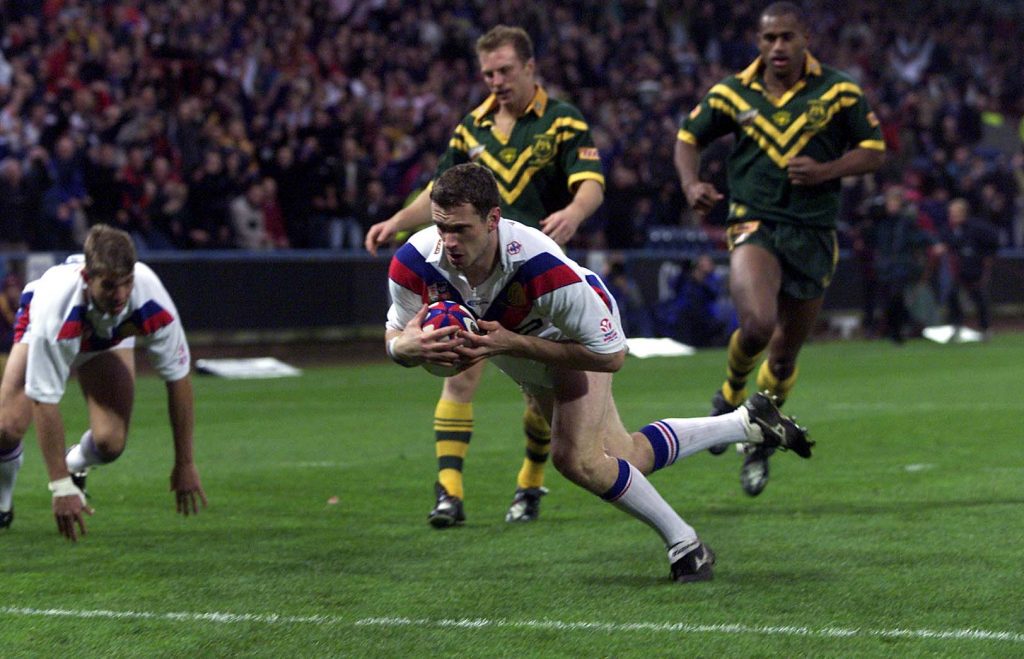 A former Golden Boot and Man of Steel winner, Farrell became a hugely influential figure in the fearsome Wigan side of the 90s and early 00s.

The goal-kicking forward made his debut for Great Britain at the tender age of 18 in a Test match against New Zealand, before going on to be the Lions youngest ever skipper in the 1996 Lions Tour of New Zealand at the age of 21. By 2004, he had made 34 appearances for the side as well finishing second on the list of Great Britain’s all-time goal scorers with 78 points. Also, just like former team-mate Shaun Edwards, Farrell claimed several trophies throughout his career, winning six League titles as well as four Challenge Cups and several individual awards. 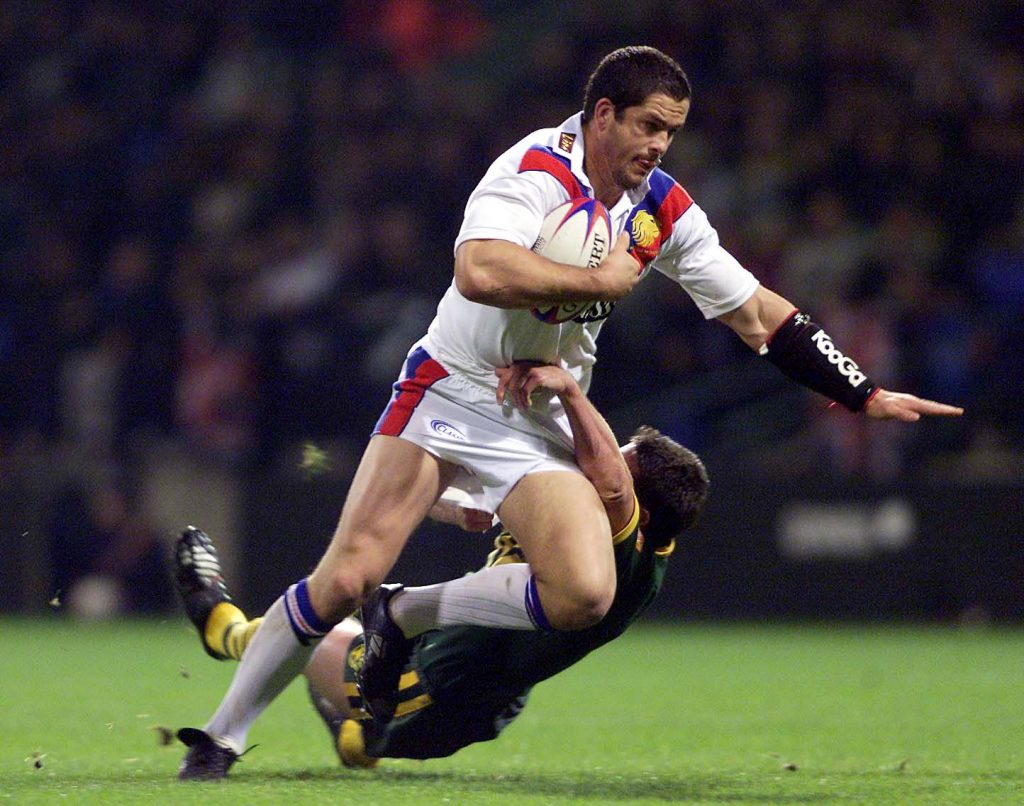 Now usually when we speak of Sculthorpe, the first thing that always comes to mind is his back to back Man of Steel awards in 2001 and 2002. However, this is only a testament to his abilities as a rugby league player.

The former St. Helens and Great Britain second-rower may have been plagued by injuries towards the end of his career, but he was still a key catalyst and figurehead within the team right up until his retirement in 2008. Sculthorpe’s leadership, organisation and inspirational performances for the powerhouse Saints side of the early noughties led him to those Man of Steels and a deserved spot in this list. In a 12-year career, he went on to represent Great Britain 27 times to go with five tries. 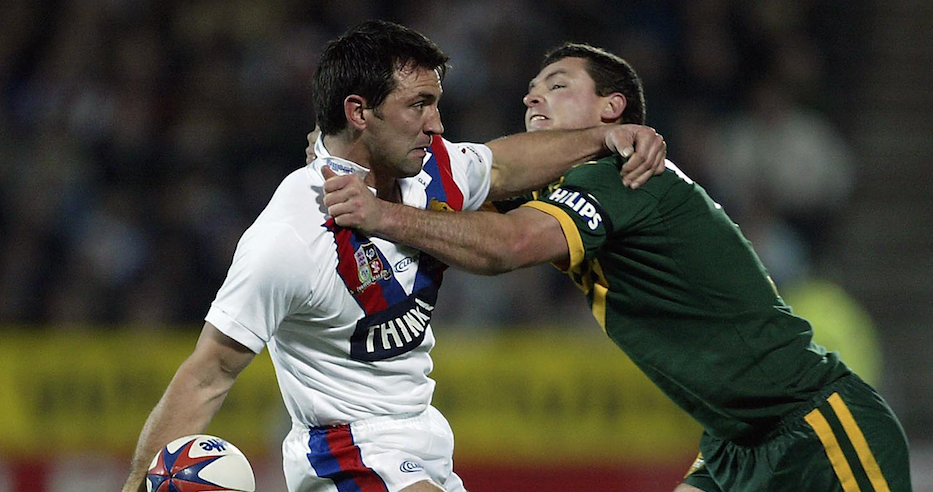 Who else? Sinfield may have spent the latter part of his career at stand-off but rose to prominence at the loose forward position, a spot where he would become known for his exceptional ability with the boot.

A hugely accomplished player, who has won countless trophies and accolades, became renowned for his great goal-kicking accuracy and leadership. The Rhinos stalwart made his debut at international level in 2000 and became a mainstay within the Great Britain and England set up for years to come. 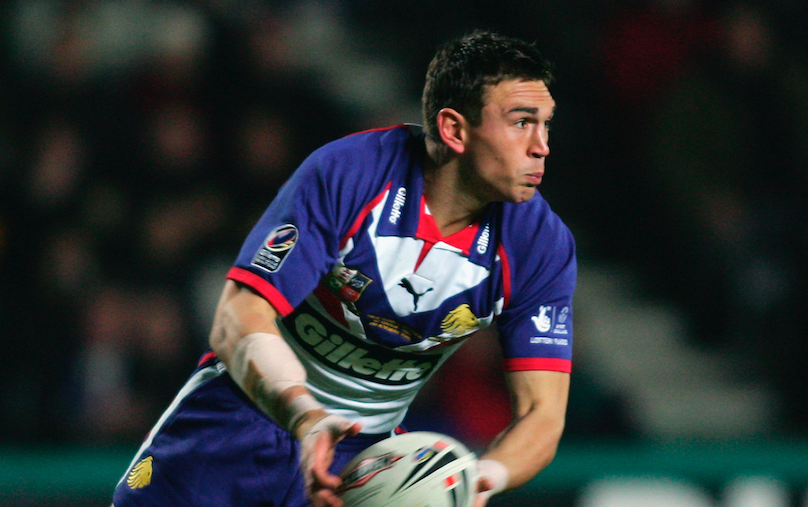