Dom Manfredi scored on his first game back since April to help Wigan beat Hull FC 26-12 at the DW Stadium.

The 26-year-old last played against Castleford back in April where he suffered an ACL injury in his knee.

Wigan took an 8-0 lead within 14 minutes thanks to a Liam Farrell try and two goals from Zak Hardaker.

But Hull hit back midway through the first half as an intercept from Josh Griffin saw Adam Swift race under the posts. Sneyd then notched two goals to level the score at 8-8.

Referee Robert Hicks sent two players to the sin bin just before half-time. Hull’s Griffin was sin-binned for fighting and Wigan’s Farrell was yellow carded for retaliating to an earlier challenge from Danny Houghton.

Hicks awarded the penalty to the Warriors and Hardaker added a penalty goal to send his side in to the break with a 10-8 lead. 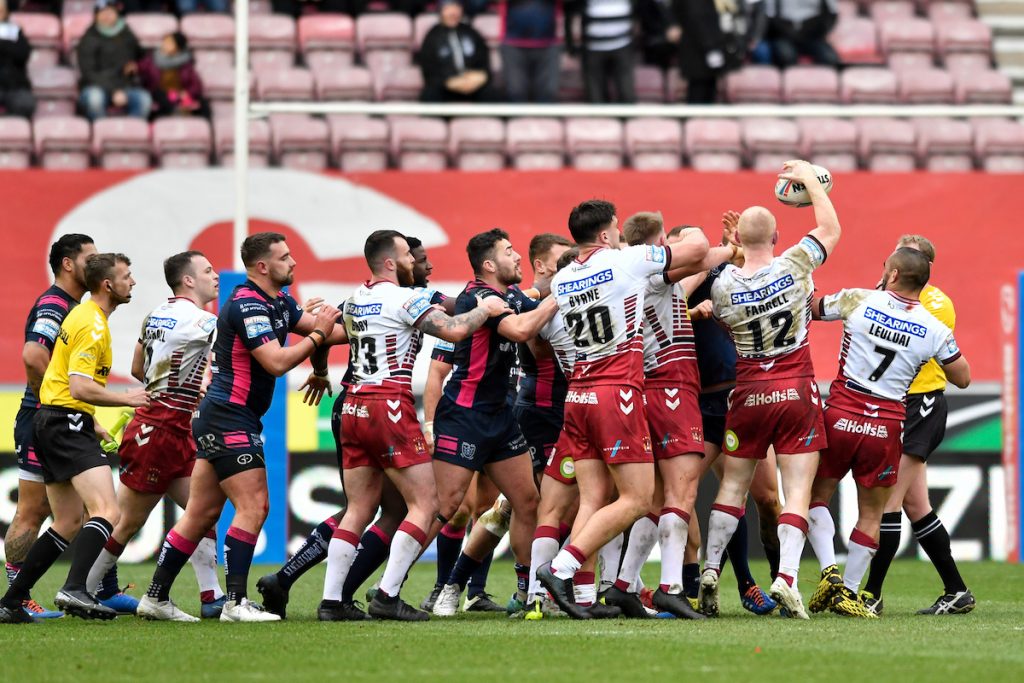 Manfredi extended Wigan’s lead shortly after the second half restart as he scored in his first game back.

Jackson Hastings then registered his first try in cherry and white colours and Willie Isa went over to give Wigan a solid 26-12 lead with 68 minutes played. 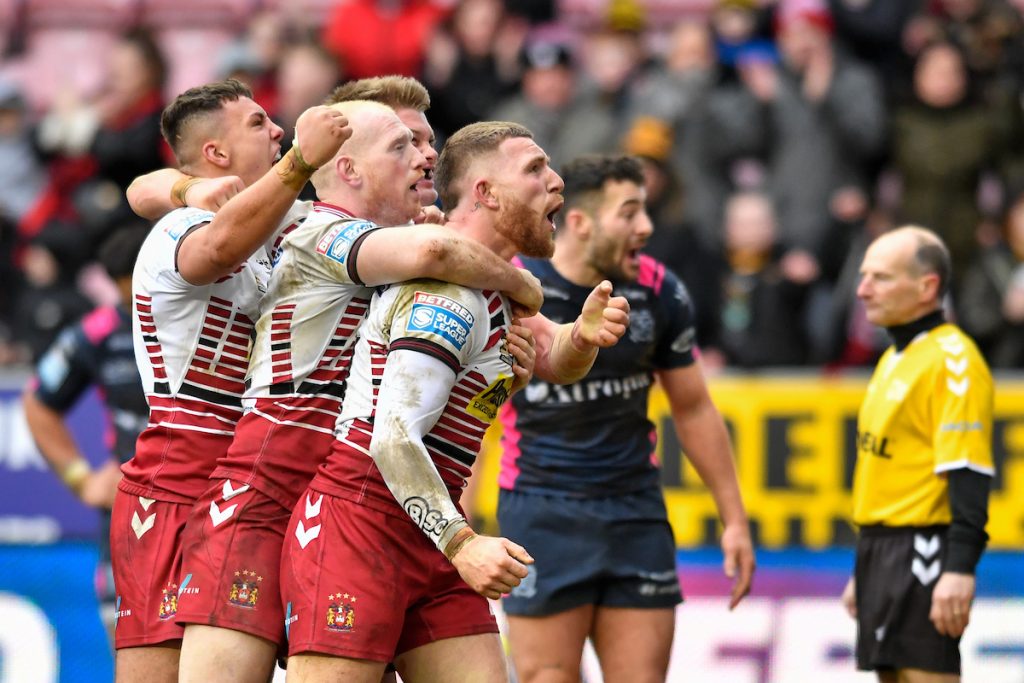 Griffin went over for the Black and Whites late on but Wigan finished 26-12 winners on a cold Sunday afternoon.

About Drew Darbyshire 8037 Articles
Love Rugby League Deputy Editor. Joined the site ahead of the 2017 World Cup and been a full-time reporter since 2018.
Twitter