USA international Corey Makelim couldn’t have dreamt of a better journey than what he has been on at Sheffield so far.

The 26-year-old first joined the Eagles midway through 2018 after catching Mark Aston’s eye while representing the USA at the 2017 World Cup.

Makelim only signed until the end of that season at the time but he has been in the Steel City ever since, penning another one-year deal ahead of the 2020 campaign.

And last term, the utility man scored to help Sheffield beat Widnes in the 1895 Cup final at Wembley.

He recalled: “It was a pretty amazing feeling that I can’t really put into words.

“The build-up and the day was awesome and then the feeling after winning it was just incredible. Being with the boys and sharing that moment with them was just unreal. It was out of this world.” 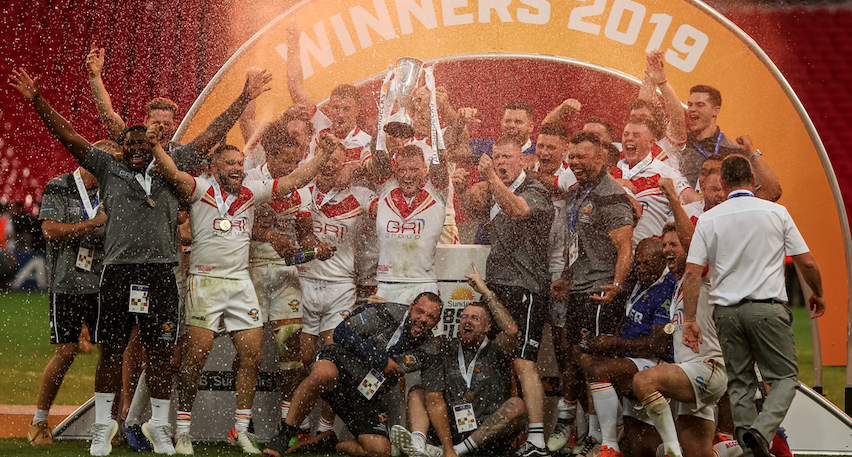 But Makelim could never have imagined reaching such success when he first made the move over to the Championship club from Australia.

He continued: “To be honest, I didn’t even know Wembley was such a big thing until I came over here, so to see and be able to learn about the history of Wembley, what it signifies and how much it means to the English community was unbelievable.

“Our coach won the Challenge Cup in 1998 when they were massive underdogs and then to have former players come in and present us with our jerseys to add to that history was incredible.”

Makelim, who has earned six caps for USA, has become a fan’s favourite at the Eagles with him being able to play full-back, half-back, hooker and loose forward.

He has scored 10 tries in 43 games for Sheffield in his time at the club so far – but what made him stay for another year?

“I would have been gutted if we were to do something special this year (if I had gone back home).

“Wembley was absolutely amazing but if we can take it one step further and get in the top five then I’d be kicking myself if I was back home so that’s another reason why.”

Sheffield started the Championship season in fine fashion last season but tailed off towards the end – just missing out on a place in the play-offs for promotion to Super League.

Makelim acknowledged: “I think it was down to a couple of injuries we had and a few suspensions.

“If we can keep boys fit then I think we can do special things and that’s what we are going to aim for this year.

“We’ve got a few boys back like Matty James and James Glover so hopefully we can build a platform on the back of those guys and have a good season.”

Quiz: Can you name the last 13 Lance Todd Trophy winners?