The Combined Nations All Stars will wear a kit inspired by Mose Masoe when they take on England next month.

Designed by the RFL’s new kit partners, OXEN, it will include a subtle not to all the clubs that Masoe represented in his career, as well as a unique shoulder and sleeve design that replicates his own tattoo.

£10 from each jersey sale will go to the Mose Masoe Foundation, the charity that was set up in the light of Mose’s injury to provide support for his family, but with the long-term goal of supporting other Rugby League players who suffer spinal injuries.

Masoe said: “I am so grateful for this amazing gesture from Tim Sheens and the Combined Nations All Stars. I’ve had wonderful support from the Rugby League family, and the overseas players in the Super League are like another family.

“I’m really excited to see the team that Tim picks, with so much talent to choose from, and I can’t wait to see them have a crack at the England team.”

The Samoa international played for Sydney Roosters and Penrith Panthers in the NRL, before moving to Super League with St Helens in 2014.

While playing in a pre-season game for Hull KR in 2020, he suffered a spinal injury that left him paralysed from the shoulders down. Since then, he’s inspired both the Rugby League and wider sporting community with his spirit, patience and perseverance in recovery, along with his partner Carissa.

Following on from the Exiles, who played four fixtures against England between 2011 and 2013, the Combined Nations All Stars have been created to provide a stiff mid-season test for England and honour the history of ‘Other Nationalities’ teams that have been part of the sport since 1903 and have featured an array of Rugby League legends, including Brian Bevan, Dave Valentine and Billy Boston. 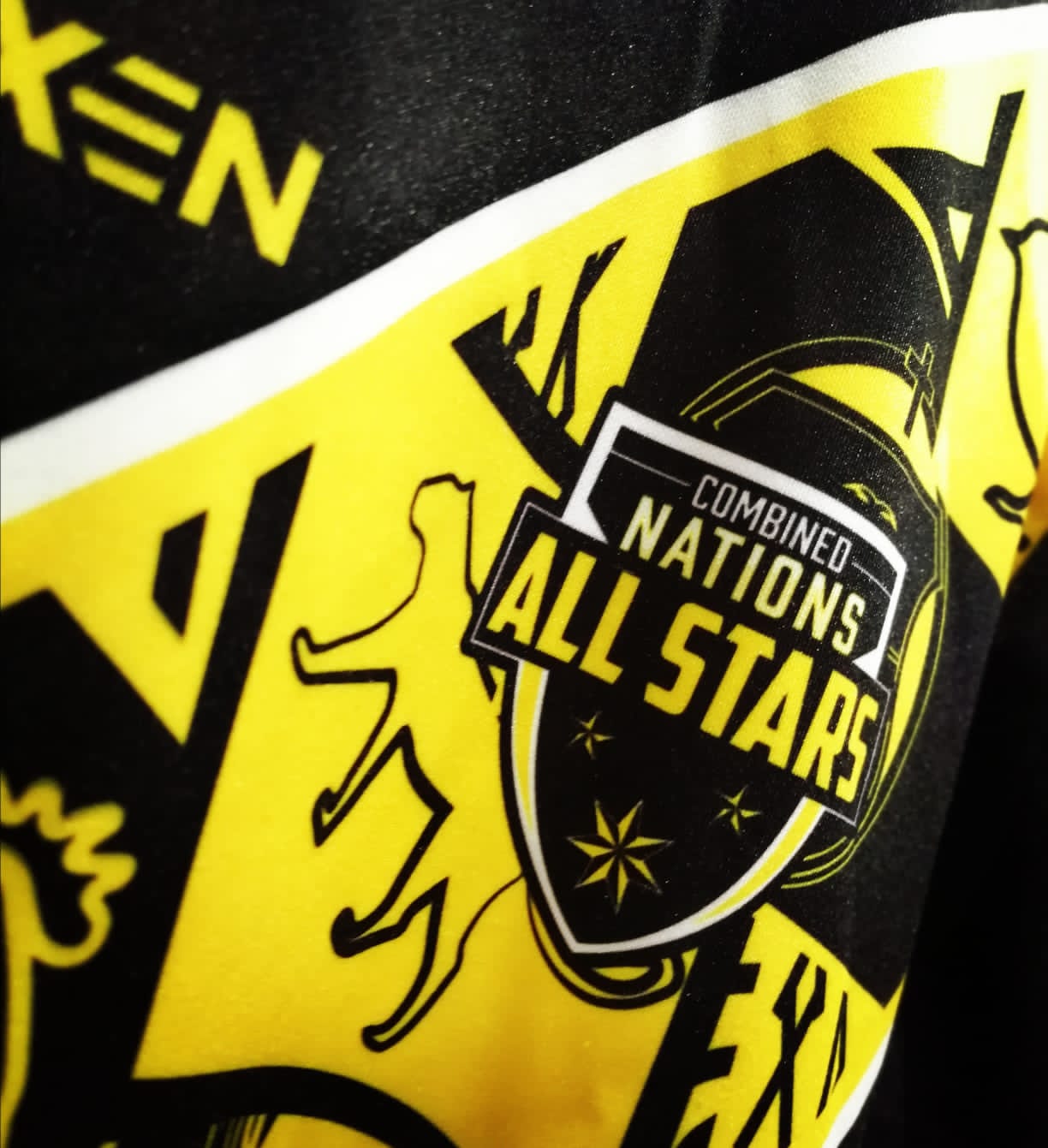 Tim Sheens, the World Cup winning coach who met with Mose at his home to congratulate him on the partnership, and will also take charge of the All Stars for their inaugural fixture.

He said: “One of the first things we agreed as a management team was that we’d want to do something to support Mose. He’s a great example of what we want the team to represent – overseas players who have given so much to the competition over here, and who are coming together for a unique Rugby League experience.

“Mose is such a popular guy with the Rugby League community, whether players, coaches or supporters. The courage he’s shown with such amazing support from his family has inspired everyone, and we have to say a big thank you to OXEN for their generous support of this initiative.”

The Combined Nations All Stars jersey will be officially released in June – with the new England playing range, the first designed and produced by OXEN, also to be released that month.

A limited allocation of tickets are on sale now for England Men versus the Combined Nations All Stars (KO 8.15pm) on a historic night that will also include England Women taking on Wales (KO 6pm) on Friday 25 June at Warrington’s Halliwell Jones Stadium. Book your tickets now at eticketing.co.uk/rugbyleague.