British sporting icons do not come that much bigger than the great Clive Sullivan.

The former Great Britain and Wales international will go down in history as a man who became a pioneer in the cultural history of British sport and one of the rugby league greats.

Born in Cardiff, Sullivan’s rugby journey began in 1961 whilst being part of the army. Whilst there, the 17-year-old was chosen to play in an inter-corps match and despite having injury doubts, he shown a great deal of potential that made him an eye catcher. After an unsuccessful trial with Bradford Northern, the youngster was eventually picked up by Hull FC who saw something in the raw teenager.

Although his first few seasons would be hampered due to his army commitments as well as some worrying injury concerns, Sullivan began to feature more prominently in 1964 after becoming free from his military duties. Even though he had issues with his knees, he still went on to become a force for the Airlie Birds, showcasing an unnatural level of speed alongside great toughness in defence and an impeccable eye for the line.

In his 13-years whilst at Hull, he made 352 appearances and scored 250 tries and although he did not go on to win a RFL First Division Championship whilst there, he starred during Hull’s Yorkshire County Cup victory during the 1969-70 season after scoring a try in the final against Featherstone. By 1974, he went on to sign for city rivals Hull KR and again, his try scoring exploits took centre stage, scoring 118 tries in 213 appearances for the Robins.

During his time with Hull KR, he discovered his first taste of league success during the 1978-79 season in which the Robins secured top honours before going on to secure Challenge Cup glory after defeating former club Hull the season after in the 1979-80 Challenge Cup final. That was not the only success he saw during his time there either as he went on to win another Yorkshire County Cup during the 1974-75 season alongside claiming the BBC2 Floodlight Trophy in 1977. By the end of his Hull KR stint, he had become the first man to score over 100 tries for both Hull clubs. To this day, Sullivan holds the club records for both career tries and most tries in a game (7) by a Hull player.

After his successful eight years with Hull KR, he spent time with Oldham before making his return to the Hull squad after spending time on the coaching staff. Now at the age of 39, Sullivan started at wing in Hull’s 1981-82 Challenge Cup final replay victory over Widnes. The legend’s career, which span more than 20 years, came to an end in 1984 after a short stint with Doncaster.

It was not only at domestic level in which Sullivan achieved a great deal of success though as he became just as famed for his international career as part of the Great Britain squad. After making his debut for the Lions in 1967, he went on to star during the 1968 Rugby League World Cup after scoring a hat-trick against New Zealand. In a historic moment in 1972, he was given the Great Britain captaincy in time for the World Cup. The appointment was huge in itself as even the England national football team was a further six years years away from even selecting a black player to start, without to mention being captain.

All in all, he became the first black captain of a British national sports team and went to lead the Lions to World Cup glory in that same year. The tournament saw Sullivan score a try in each of his side’s four games, with one of them coming in the final against Australia. The polarising winger’s stunning length of the field try against the Kangaroos will go down as one of the most noteworthy tries in World Cup history. That year’s tournament would be the last time it was won by a nation that was not either Australia or New Zealand.

It was not long after his retirement though that the influential sporting figure would unfortunately pass away at the age of 42 due to cancer. However, the city of Hull would commemorate the passing of an icon by renaming the city’s main approach road, the Clive Sullivan Way. And since 2001, the winner of the fierce rivalry between Hull and Hull KR has claimed the Clive Sullivan Memorial Trophy. 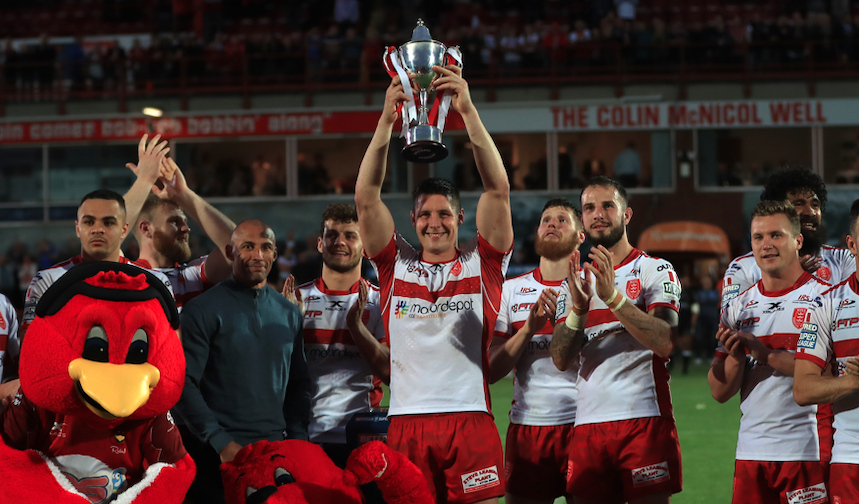 During the 1960s and 1970s, there were very few black athletes in prominent positions in British sport, but Sullivan was a man who would go on to completely change all that.

The speedster was a trailblazer who broke down walls and paved the way for other athletes to make their presence felt – not just rugby league but British sport in general.

Throughout his career, several black sporting role models such as Tessa Sanderson in athletics and Neville Meade and John Conteh in boxing began to feature prominently. Even after his retirement, Sullivan’s exploits would pave way for players like Gill Henderson, Martin Offiah and Ellery Hanley – all of whom would become huge faces on the rugby league scene during the 1980s and 1990s.

After leading Great Britain to World Cup glory, it was not met with much fan fair upon his return due to social and racial issues as well as the fact that most rugby league players only played professionally on a part-time basis at the time, with many working ordinary jobs to make a living.

But, it still does not take anything away from the achievement itself and at the end of it all, Sullivan was one of the games truest professionals whose talent was undeniable.

The breathtaking speed alongside a great eye for the line made him of the game’s most notable superstars. He would break down racial barriers and his impact on British sport has undoubtedly been forever lasting, and the influence of the rugby league legend is still seen today.

We are providing LIVE updates on both of tonight’s Super 8s fixtures. [Read more…]

It was an emotional farewell for Leigh centre Junior Sa’u on the weekend, whilst Luke Briscoe is reportedly set to leave Leeds. [Read more…]