Leigh forward Chris Green has revealed the horrific journey that has forced him into retirement at the age of 32.

Green suffered a broken arm in the second round of the 2022 Championship campaign against Featherstone in February, and was hoping to return later that season.

However, the injury was the start of a long and gruesome process, in which he was told he could have lost his arm.

“It was all from a relatively simple broken arm that turned into a horror story,” Green told Love Rugby League. “Every time I tried to recover, it was as if the door had been slammed shut in my face.

“I broke it in the second game against Featherstone and ended up in hospital with a bad infection and then the bone never healed.

“I was still going to Leigh and training and was trying my best to get back, Adrian Lam and Chris Chester were desperate for me to get back for the back-end of the season and for next year going into Super League.

“But it wasn’t meant to be at the end of the day.

“I ended up sorting what I thought would be to re-plate my arm and have that sorted in August which is what then led to another hospitalisation.

“It was a pretty serious infection and I was told I could possibly lose my arm at that point. And from there, I was sent home with IV antibiotics with a line in me and a nurse coming out every day giving me antibiotics for six weeks. After that, I developed a blood clot due to the line being in my arm. It’s a pretty gruesome story really.” 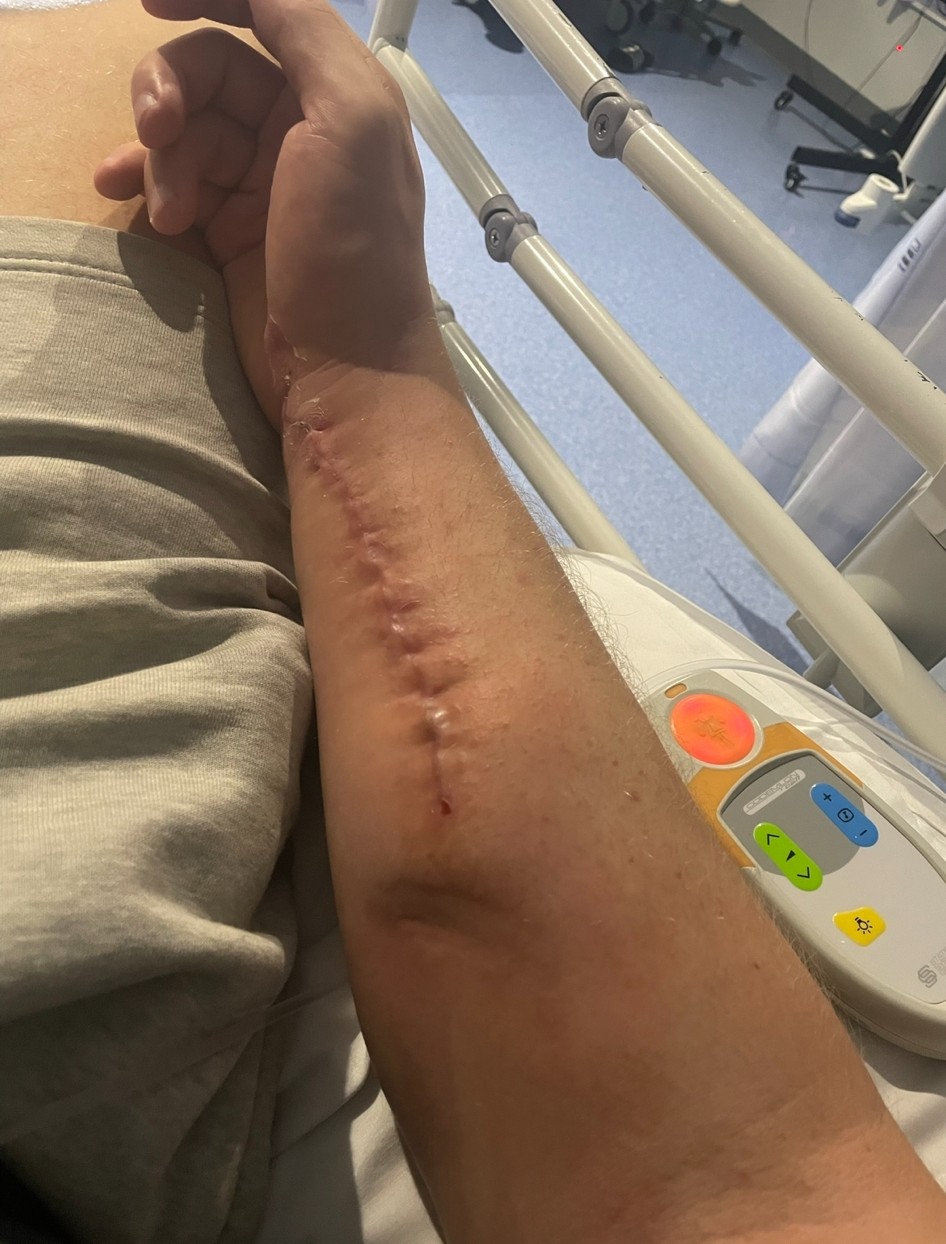 Chris Green on conceding to retirement

Green says he had to not only deal with the ongoing issues, but also the prospect of never playing rugby league again and thinking about work to provide for his family.

“There was a lot of pressure on my fiancé, Sian, being home with two kids. The amount of strain on our family was pretty immense.

“After the blood clot, that was the final moment I conceded my career was over and I needed to look for some work elsewhere.

“The plate that was initialy put in was loose, so the bones never got the chance to heal. Then throw an infection on top of that, it just compounded everything.

“Going forward, a new surgeon called Sam Vollans said a stronger plate had to go in to hold the bones together. That’s ultimately what’s happened and it has healed and that was the main thing, getting that bone to heal then all the complications of the back of it.”

Green says he would have enjoyed at least two more years in the sport, with Leigh winning promotion to Super League for the 2023 campaign.

“I would have liked to have gone for at least another two years and with Leigh going into Super League. Not only have I lost my career, I had lost my ability to work at that point so I was panicking a little bit.

“Luckily I had some career-ending insurance in place which has paid out. But at one point, that was even touch-and-go if it was going to get paid out.

“Moving forward, I need to find some work soon. I’m still recovering at the minute. I’ll probably need another surgery at some point going forward.

“I need to make sure I’m in the right place to return to work. I’m on treatment for the blood clot, so I need to take it steady for now and hopefully the new year brings some good luck and better health.”

Among the chaos and horrific injury, Green says he eventually managed to reflect on his career after conceding retirement.

He won the Challenge Cup with Hull in 2016 and 2017, and made 153 Super League appearances including a stint with Wakefield. He joined Leigh in the Championship on a one-year deal in 2022.

“I have had time to reflect towards the back-end when the blood clot happened,” Green said.

“I conceded rugby was over and it was a testing time to get my head around it. But looking back on what I achieved, despite this year, I’ve been really fortune to make a career out of it and had some success along the way.

“The game of rugby league has been good to me. It has taught me a lot and I couldn’t have done that without my father and my brother supporting me along the way.

“Andy Last also picked me up from the amateur game, he was massive for my development.

“I look back with enormous pride. Some of the memories I’ve shared with the Hull fans who are the best in the business. Two Challenge Cup wins and numerous derby wins, they’ll never leave me.”

I’ve been at clubs that have had rebuilding phases: Paul Vaughan relishing Warrington move

Brett Ferres on the market for 2023 following “disappointing” Featherstone exit

About Josh McAllister 2276 Articles
Journalist. Joined the Love Rugby League team full time at the start of 2022 having been a freelance reporter for several years. Previously media manager for Swinton and Rochdale.
Twitter