Six Chernobyl children and their host families were “thrilled to bits” by their visit to the Vestacare Stadium last Sunday as guests of Oldham against Keighley.

They were invited into the Roughyeds dressing room before the game to get autographs and, prior to kick-off, they carried the club’s giant flag out on to the pitch to the applause of the crowd.

All from Belarus, the children were back on the pitch at half-time to compete in club official John Davies’s Half-Time Challenge in which they attempted to kick a rugby ball and hit the crossbar from 20 metres out.

They met and mingled with players and fans and were signed up as members of Roary’s Pride, the club’s junior supporters’ club, each receiving Roughyeds memorabilia and spending time with Roary, the club’s lion mascot. 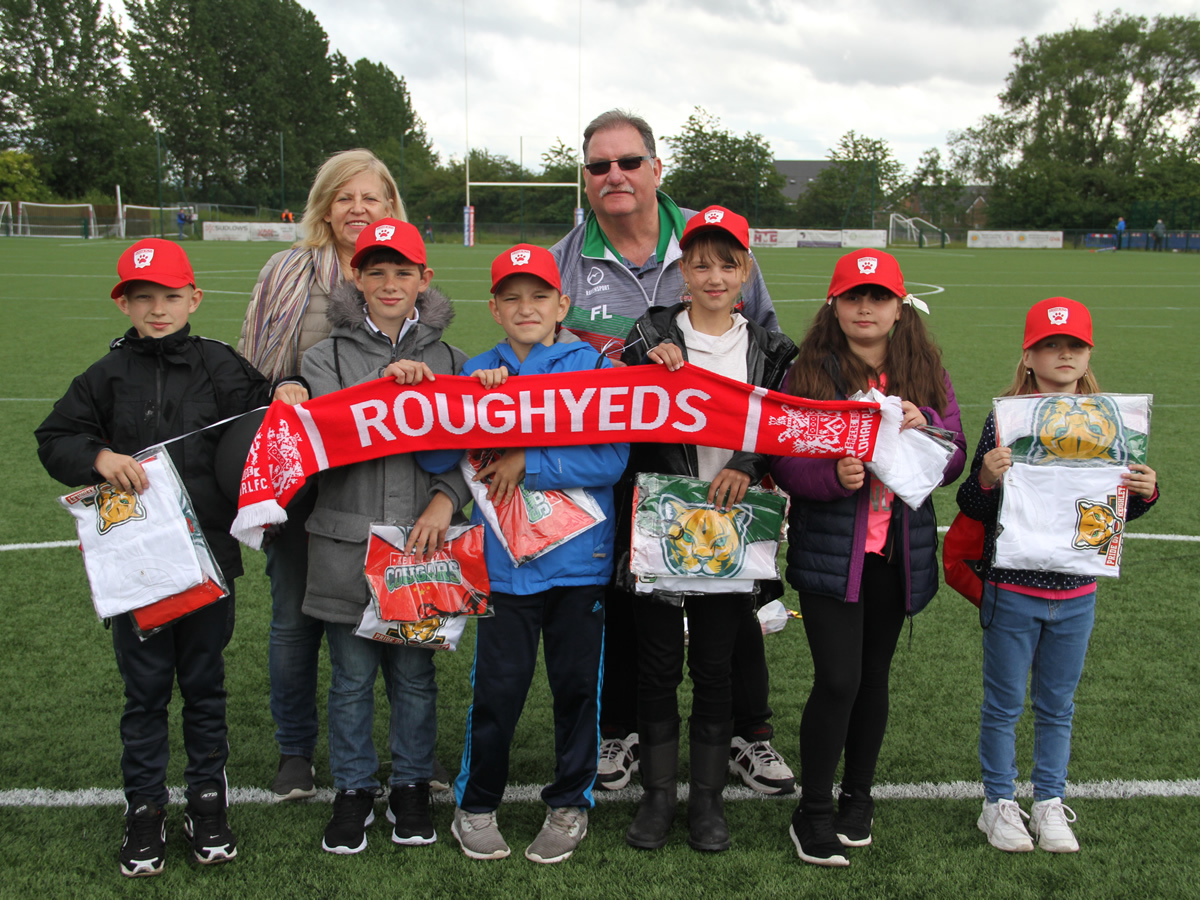 “It was a fantastic experience for the children. We couldn’t have asked for more. They were thrilled to bits. They had never even heard of rugby league before but they’re confirmed Roughyeds fans now, that’s for sure,” said one of the hosts, Mark Albiston of Lees.

Wearing ‘Pride’ hats and club scarves, the children cheered Roughyeds on to a 28-4 win that lifted them to third place in Betfred League 1.

And the Oldham Link of the national Chernobyl Charity held a bucket collection to raise funds so they can continue to send children from Belarus and Northern Ukraine to the UK for respite holidays to combat effects from the Chernobyl nuclear disaster in 1986.

Oldham RLFC chairman Christopher Hamilton said he was both proud and humbled by the visit.

He added: “We couldn’t have planned things any better. From the minute the children arrived at the ground to the moment they left they had an absolute ball.

“Staff, players, coaches and fans made them feel welcome and I was very proud of everybody connected with the club. It underlined the warmth of Oldhamers.”

Although they speak no English, the children could be heard chanting “Oldham, Oldham” during the match. 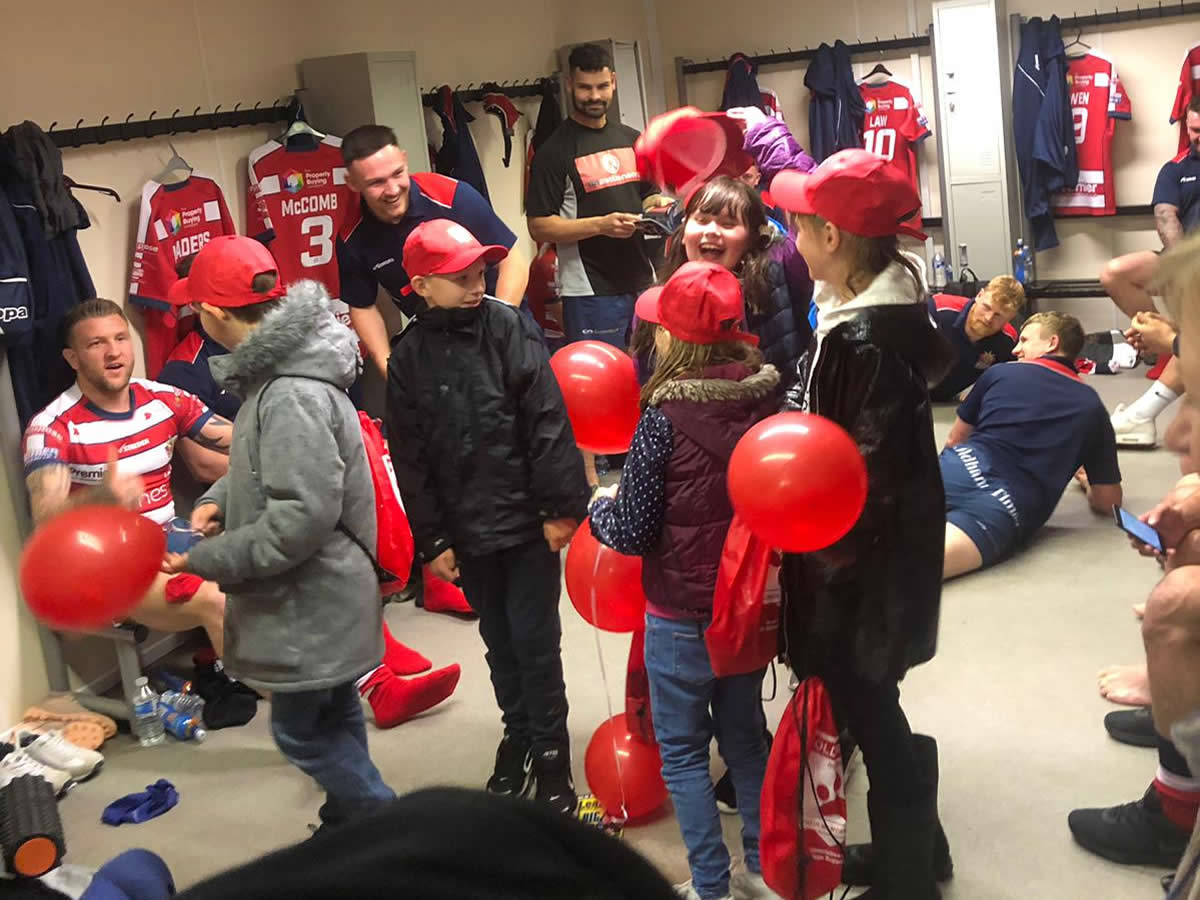 Clearly touched by it, the players went over to them post match to shake hands with their new supporters and have pictures taken with them.

Hamilton added: “It was a good performance on the pitch to set us up for next week’s match at Workington and a good one off it too.

“The stories we were told about some of the children were truly sad and therefore it was even more rewarding that everybody made them feel so much at home that they were able to laugh and enjoy themselves.

“A massive thank you to everybody from me”.

About James Gordon 7166 Articles
Love Rugby League editor. Founded the website back in 2005. Worked with a range of clubs and sponsors during that time. Also commentates for BBC.
Website Twitter LinkedIn