Championship and League One clubs have been responding to a meeting between all clubs and the RFL on Tuesday.

With all rugby league activity suspended until at least April 3, clubs are in various states of concern, while the 1895 Cup draw has also been shelved.

Ralph Rimmer, the RFL Chief Executive, said: “Public health and concern for the most vulnerable is everyone’s priority.

“It was important that we exchanged information and allowed the clubs to discuss their position as soon as possible following the confirmation that the season will be suspended.

“This will have a significant impact on clubs at all levels, as on all businesses, in all sectors. It is important for us as a governing body to be able to represent those clubs, given what a powerful force for good they are in our communities.

“It was a positive meeting at which all agreed on the importance of a collegiate approach, both for the Championship and League 1 clubs and the game as a whole – focusing on three key areas of player welfare, club sustainability, and the integrity of the competitions.

“We will maintain regular dialogue with the clubs, as well as with Government, broadcasters and sponsors, over the period of our initial suspension until the weekend of 3 April, as we work together and look forward to the resumption of games.”

Leigh owner Derek Beaumont has praised the RFL’s handling of the situation, and says they hope that their players can continue training for the forseeable.

Widnes chief executive Phil Finney says their turbulent experiences of administration in 2019 has left them well prepared for this crisis, with the club confirming that their club offices and shop will be shut down for a period.

Toulouse’s players and staff have been told to stay at home since Monday following the closure of their facilities.

Swinton, who were due to host Bradford in one of their most lucrative home games this weekend, are yet to play a home league game this season, and issued a statement on their website.

Lions director Steve Wild, said: “We are in constant contact with the RFL who themselves are diligently following government protocol and passing on exceptionally detailed and helpful information. Our primary objective as a club will always be to protect our players, staff, their families and of course our supporters.

“The next few weeks are going to present an enormous challenge to the country as a whole, let alone rugby league and Swinton Lions, but all we can do in the meantime as a club is to take sensible precautions in line with official advice.

“I’m confident that all of our fans and partners will fully understand the situation and continue to support the club through this unprecedented period of uncertainty. If we stick together and show innovation and resolve then we will be in a position to emerge with strength once the situation recovers.”

League One side Rochdale say their players are being placed on restrictive training, to keep them fit and healthy while the game is suspended.

A Hornets statement said: “We would like to place on record our gratitude and thanks to the RFL who are supporting the whole sport in a period on uncertainty.

“We are in open dialogue with the RFL and will make every effort to keep our supporters, members and sponsors updated as the situation develops.

“At a time of unprecedented uncertainty, we will all need the support of our community. We are all in this together and should work as a family.” 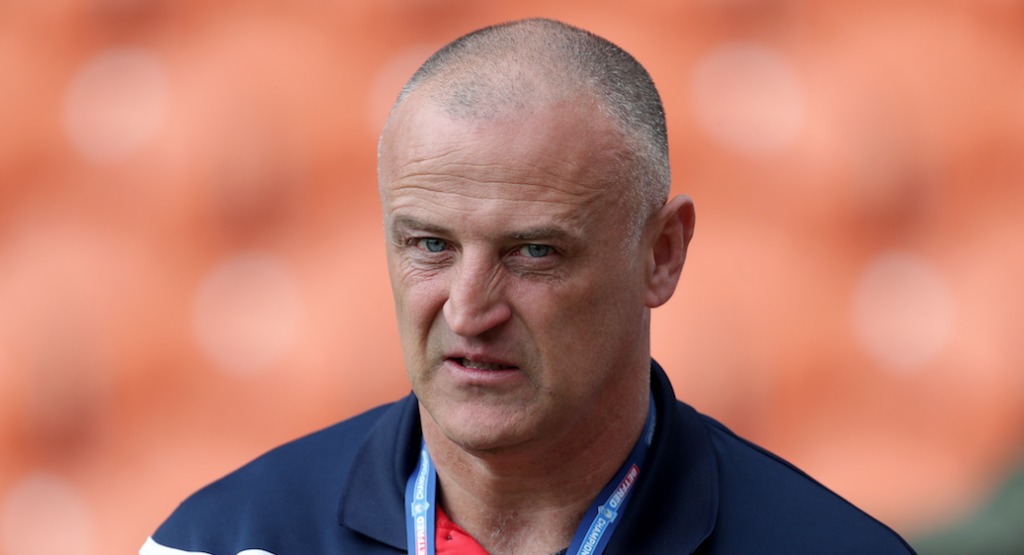 As with many clubs, London Skolars have outlined ways that supporters and partners can help the club during the period of uncertainty, including joining the club’s lottery, using their online shop and donating via easy fundraising.

They said in a statement: “The postponement of games will put significant financial pressure on the club with forecasted cash flow severely restricted.

“Whilst of course we understand that many supporters will be disappointed to see the League One season postponed, it is a decision everybody at the club fully understands and supports given the current situation and continued spread of COVID-19.”

Skolars were due to face Hunslet this weekend, with Parksiders coach Gary Thornton left frustrated to stop after their encouraging start to the campaign.

He said: “The coronavirus scare is of course having a huge impact on society as a whole and we have to keep sport in perspective. From that narrower perspective, though, it’s unfortunate that we’re not playing London Skolars this week after having lost emphatically at Featherstone last Friday.

“We’re following government guidelines and avoiding non-essential contact, so we’re not training this week as a club; we’re relying on players to follow their own programmes to keep fit.

“We plan to regroup next week to prepare for the home game with Coventry but obviously everything is very much up in the air, in all walks of life, right now.”

The general feeling is that it’s unlikely that games will restart after the current suspension on April 3, though the possibility remains of playing games behind closed doors to keep the season going.

New Zealand postpones all rugby league until May 2, as Warriors remain in Australia

Quiz: Can you name the Wigan team from Shaun Wane’s last game in rugby league?