Catalans are set to break a 14-year Super League record when they take on Wigan at the Nou Camp on Saturday.

The record attendance for a regular season match, excluding Magic Weekend, is set to be broken at the home of FC Barcelona.

There’s just one player who played in that match that will feature at the Nou Camp – Sean O’Loughlin.

Wigan and Saints account for five of the top six crowds in Super League to date.

The only other game featuring in the top six was at Odsal, 24,020 watching Bradford beat Leeds back in 1999.

Coached by Denis Betts, the Warriors won 22-20 against a St Helens side that had won their previous nine games. Kevin Brown partnered Danny Orr at half back, while Wigan’s rugby director Kris Radlinski started at full-back. St Helens’ star-studded side included Sean Long, Keiron Cunningham and Jamie Lyon. 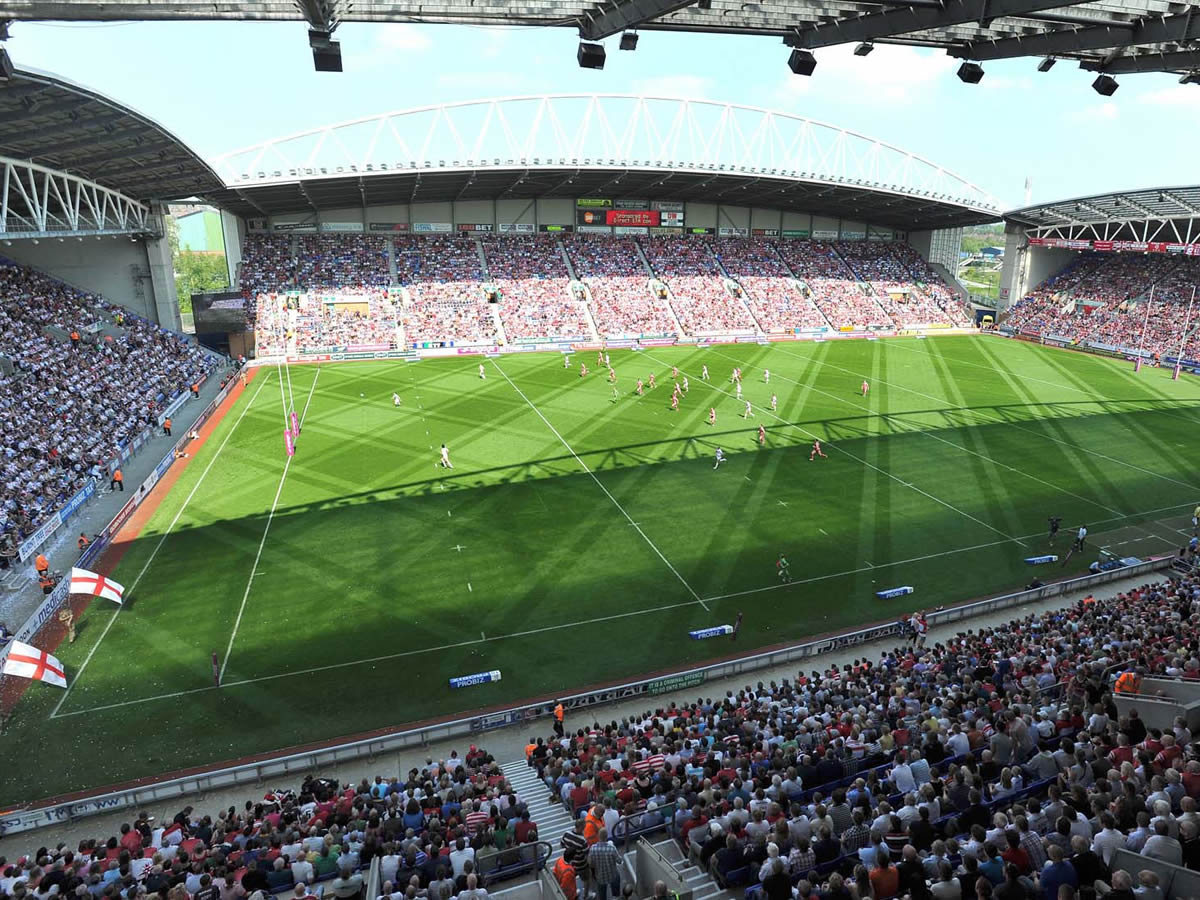 Liam Farrell scored a last minute winner to end a run of three straight defeats for Michael Maguire’s Wigan. The back-rower is injured so will miss the game at the Nou Camp, as will Sam Tomkins, who started at full-back for Wigan in this game.

This was the first meeting between the two since the infamous Ben Flower Grand Final in the previous October. Joe Burgess’ try on 71 minutes settled the tie after almost an hour without a score after Dom Manfredi and Louie McCarthy-Scarsbrook had exchanged early scores. 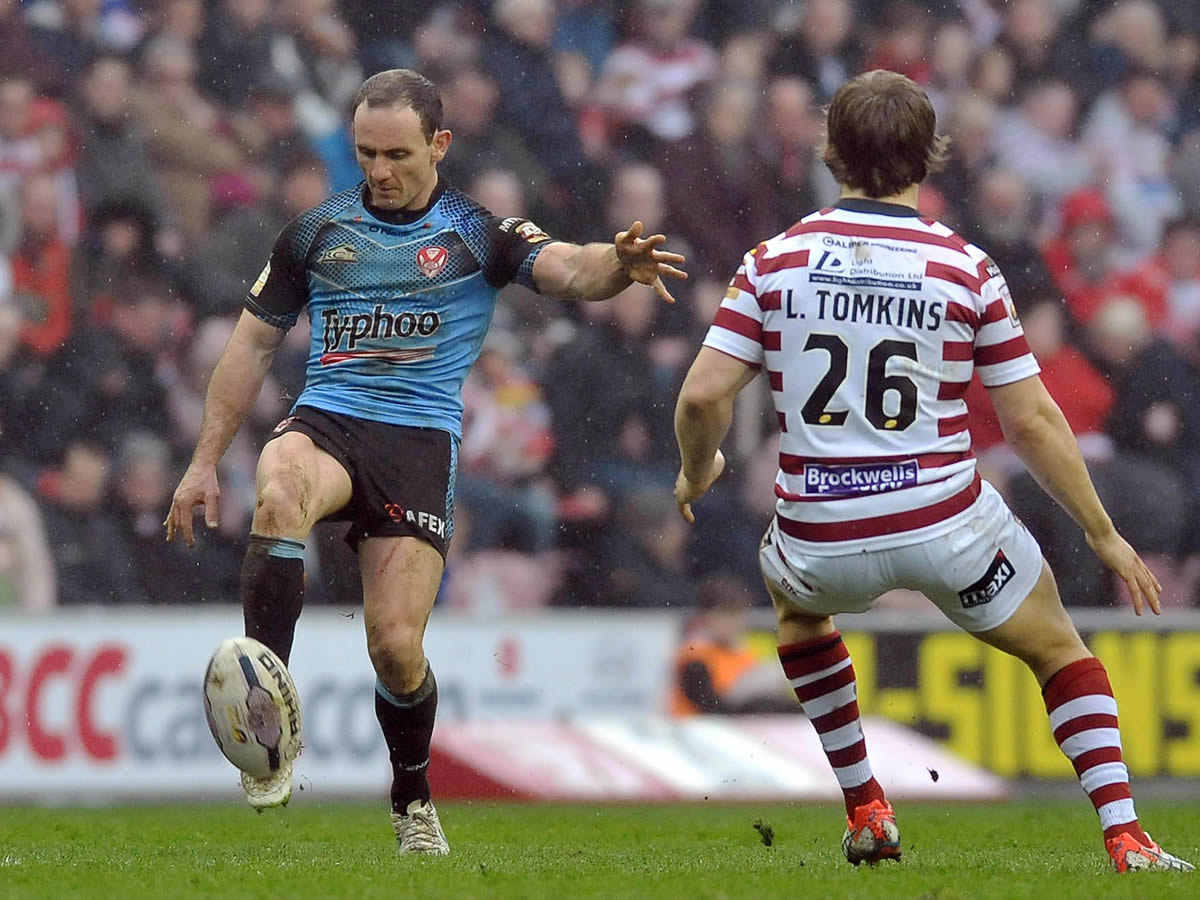 Four straight wins under new coach Brian Noble were brought to a resounding end by Daniel Anderson’s St Helens, who in turn won their sixth consecutive derby. On the bench for Saints that day were James Graham, James Roby, Maurie Fa’asavalu and Mike Bennett.

In the Bradford line-up that day was current Catalans coach Steve McNamara, who kicked three goals, as the Bulls won 19-18. The Leeds team featured Daryl Powell and Ryan Sheridan at half-back.

Another big crowd at the DW Stadium saw Wigan romp to an 18-0 half time lead that proved too much for Nathan Brown’s St Helens to come back from. The win saw Wigan top of Super League, having scored more tries and goals than any other club in the season to date. 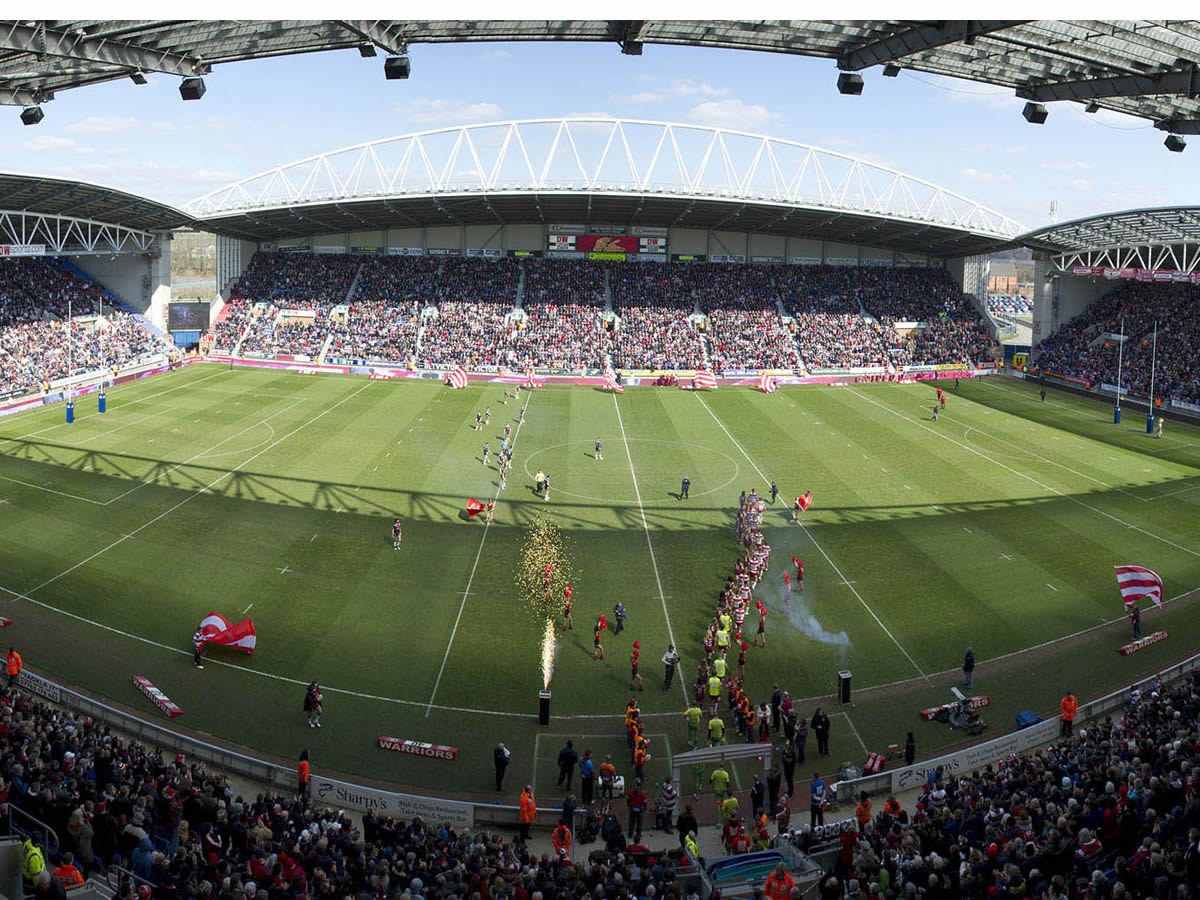