Keep up to date with the latest injury news in Casualty Ward, this week including Leeds centre Zak Hardaker and Wakefield star Mason Lino.

Leeds centre Zak Hardaker left the field in their 34-20 win over Castleford on Saturday night and didn’t return.

When asked for an update on Hardaker by Love Rugby League, Rhinos coach Rohan Smith replied: “He’s got a decent cork in his leg, he did it quite early in the game. He got to a point not too long after half-time where he felt like he was going to end up being a bit of a passenger and not being able to do his job. The medical guys made the call to bring him off and not risk further injury.

“It won’t be anything too long-term. Hopefully it turns around okay. He’s in a fair bit of pain right now but those ones are hard to tell (the extent).”

Samoa international Mason Lino missed Wakefield’s defeat to Toulouse at Magic Weekend for two reasons. He tweaked a calf in captain’s run ahead of the trip to Newcastle. Lino then suffered from a bout of food poisoning, which Willie Poching said he was recovering from on the day of the game.

No major concerns from top of the table clash

St Helens forward Curtis Sironen passed his HIA in their 20-18 win over rivals Wigan. The Australian returned to the field to help Kristian Woolf’s side claim the bragging rights.

Wigan coach Matt Peet revealed after the game there were a few knocks and bruises to his players, but thankfully there were no serious injuries.

Recent signing Tyler Dupree “popped something in his knee” and will have two or three checks by the club’s medical staff this week to discover the extent of his injury.

Joe Burgess continues to be sidelined through injury. Morgan Escare, Dan Sarginson, King Vuniyayawa and Jack Wells have all been ruled out for the season.

New Zealand international Elijah Taylor came off for a HIA Magic and Rowley says he should be okay for next week, although he never said if he passed the protocols.

Meanwhile, Huddersfield forward Owen Trout passed a HIA and will be okay to face St Helens on Friday. 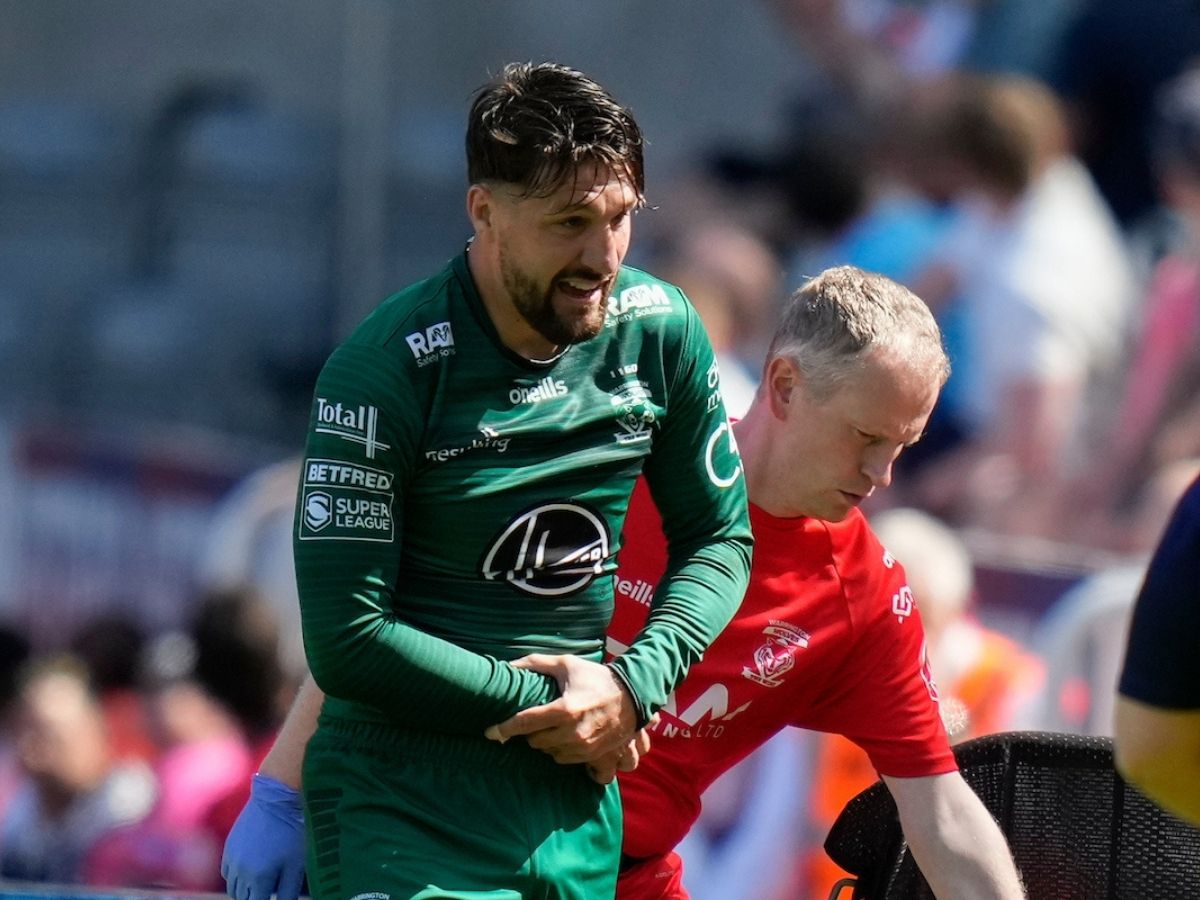 Gareth Widdop is likely to have played his final game for Warrington after he suffered a season-ending injury in their win over Catalans at Magic Weekend.

The England international suffered a dislocated shoulder in the act of scoring in their 36-10 win over Catalans Dragons at St James’ Park.

Powell said: “He has dislocated his shoulder. I’ll be pretty certain that he won’t play again this year which is really tough for him.

Widdop is out of contract at the end of the season and has been linked with a move to Castleford as well as a return Down Under.

Catalans Dragons coach Steve McNamara has revealed that his captain Ben Garcia nearly lost an ear in a nasty injury at Magic Weekend.

A couple of hours after the game, Catalan Media tweeted that he was treated in hospital; and was able to join his team-mates on their flight back to the south of France.

Latest on Ben Garcia for all those asking. He was treated in hospital for a terrible injury to his ear but he has been stitched up and he has joined his team-mates on the flight home.
❤️💛 pic.twitter.com/LInd2hHQcJ

“Frankie is a tough kid. He’s disappointed in there. He’s come over to apologise and I said, ‘You don’t have anything to apologise for mate. You’ve been brilliant for us’.”

Tonga international Albert Vete also left the field with a groin injury. The 29-year-old prop will be looked at more closely this week.

Our Casualty Ward feature is out every Monday with the latest injury news.