Local MP Judith Cummins is spearheading a campaign to bring Bradford back to Odsal and says “it’s a travesty” that the club will spend 2020 playing outside the city in Dewsbury.

The Bulls have once again been embroiled by off-field sagas, with chairman Andrew Chalmers departing the club as it was taken over by a consortium that controversially includes International Rugby League chief Nigel Wood and Dewsbury chairman Mark Sawyer.

Wood was RFL chief executive when the governing body took over the lease at Odsal, meant to preserve rugby league in the city during a turbulent period where the club fell in to administration three times since 2012 and were even liquidated prior to Chalmers’ involvement.

Judith Cummins MP has brought together an influential group of supporters and former players in a campaign to ‘Bring the Bulls Back’.

“The Bulls are part of our heritage and we need them back in Bradford,” says Judith.

Writing in today’s T&A the Bradford South MP stresses that she “will continue to stand with fans to see that the club’s proud heritage is protected, to have the Bulls back in Bradford, and for our club to have a thriving future in our city.”

In her article, Judith reveals that she recently convened a meeting between the Bulls, the Rugby Football League and Bradford Council and that there was a “willingness from all sides to get the Bulls playing back in Bradford.”

“It’s a travesty that the Bulls will be playing outside of Bradford next season. Everywhere I go people are asking me what is happening to the Bulls and when will they be coming back.

“The petition launch today is to show everyone that us Bulls fans want the team back in Bradford. We want to hold the club, RFL and Council to their commitment to bring our team back to Bradford.”

Now, Judith and the Bullbuilder supporters group have launched a petition calling for the Bulls return.  The petition is intended to show the club, RFL and the Council how much it matters to people to have their rugby team back in their city. 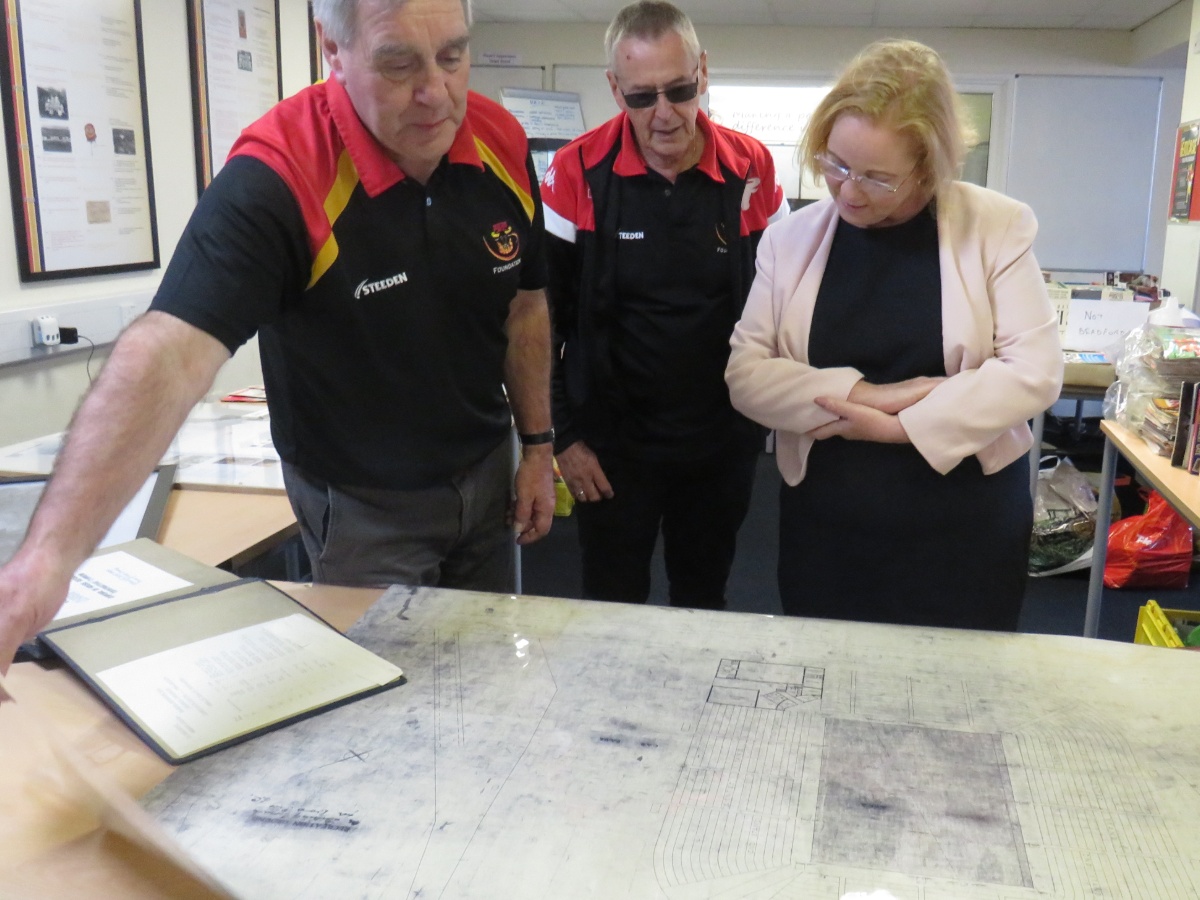 Paul Butterworth, chair of Bullbuilder, said: “I have been going to Odsal for over 50 years and I’m proud to say that I have passed this tradition to my children and grandchildren.

“Becoming a Bulls supporter is like joining one giant extended family. The Bulls family is going through tough times and I know that we all want to do something about it.  Now we can.  Judith Cummins MP and Bullbuilder are today launching a petition calling for the club’s rapid return.

“The aim is to get enough signatures for it to be debated by the Council, to show councillors, the club and the RFL how much it matters to us to have the Bulls back playing in Bradford.”

Bradford played their final game at Odsal on September 1, with plans announced around that time for them to spend the next two seasons at Dewsbury – with Bradford City’s Valley Parade not feasible in terms of the work needing to be done according to Chalmers and Bradford Park Avenue’s Horsfall Stadium too small.

Former player Jon Hamer, a veteran of 12 seasons for Bradford Northern and the Bulls, added: “We need Bradford Bulls back playing in the city of Bradford.

“I started my Bradford career with Northern and finished it at Wembley with the Bulls. I, and the majority of former players, still enjoy supporting whichever team wears our famous colours. Bradford Bulls needs the city of Bradford and Bradford needs the Bradford Bulls.”

The petition to ‘Bring the Bulls Back’ is open to sign on: https://www.change.org/p/bradford-council-bring-the-bulls-back

In our new feature series, we create alphabetical dream teams from all the players in the Super League era. [Read more…]

We’ve taken a look at six props to watch in the NRL this season.  [Read more…]