London Broncos have prepared for their return to Super League with a team building military exercise with the Royal Engineers.

Soliders from 22 Engineer Regiment (22RE), based in Wiltshire, put 28 players through their paces in a military exercise designed to challenge them both mentally and physically.

They swapped their kit for combats as they took part in a three-day pre-season training programme on the edge of Wiltshire’s Salisbury Plain Training Area, staying out in two-man shelters, cooking 24-hour ration packs and providing guard sentry for a simulated army infiltration. 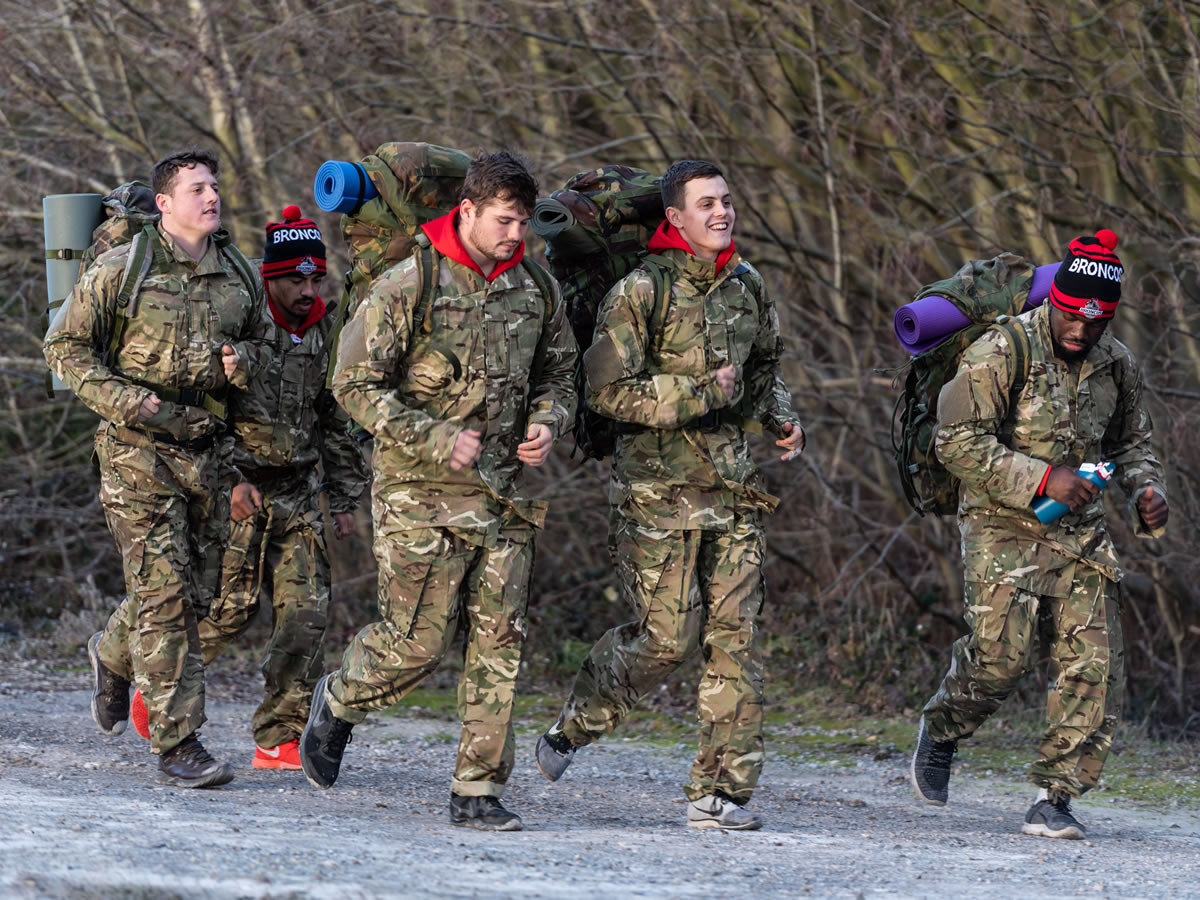 Head coach Danny Ward said: “We have a good relationship with the Army, so I approached them and asked them to make it tough, make it uncomfortable, take them out of their comfort zone. Put them into a different environment, give them a bit of adversity to see what happens.

“There are a lot of skills that are transferable between the Army and what we do but I think they will find the sleep deprivation the toughest. Everyone gets a bit cranky when they are tired, that is what we want, to see who handles it the best.

“These last few days has been a great opportunity for us and the Regiment to grow an affiliation, we have similar values, we are all a very disciplined tight knit bunch, the culture you create as a club stands you in good stead for the season, its all about the winning culture, work mentality, work ethic.” 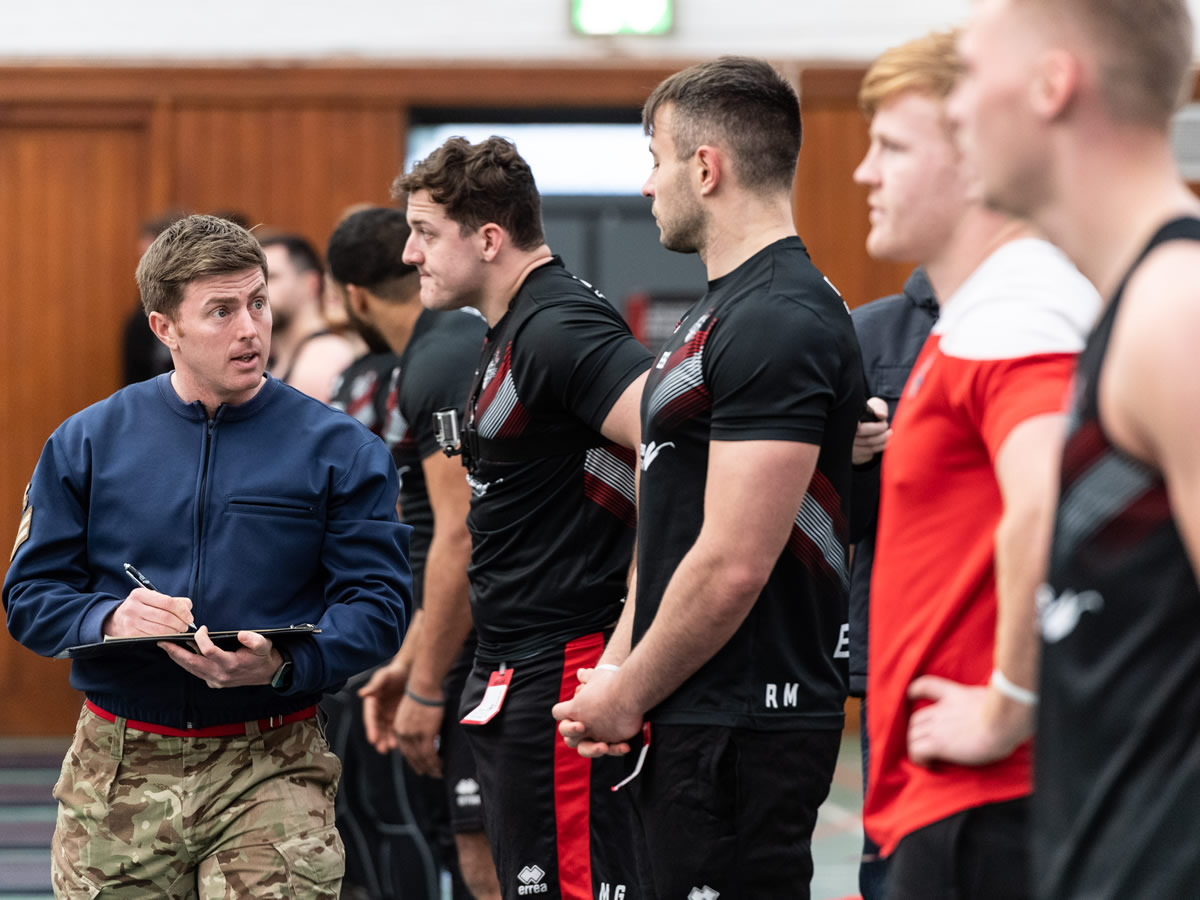 He said: “The physical challenges we have set up for them are completely different to what they train for, something they’re not used to doing. As professional sportsmen the Broncos are robust, fit individuals but can they carry 90kgs between six people over a set distance up-hill.” 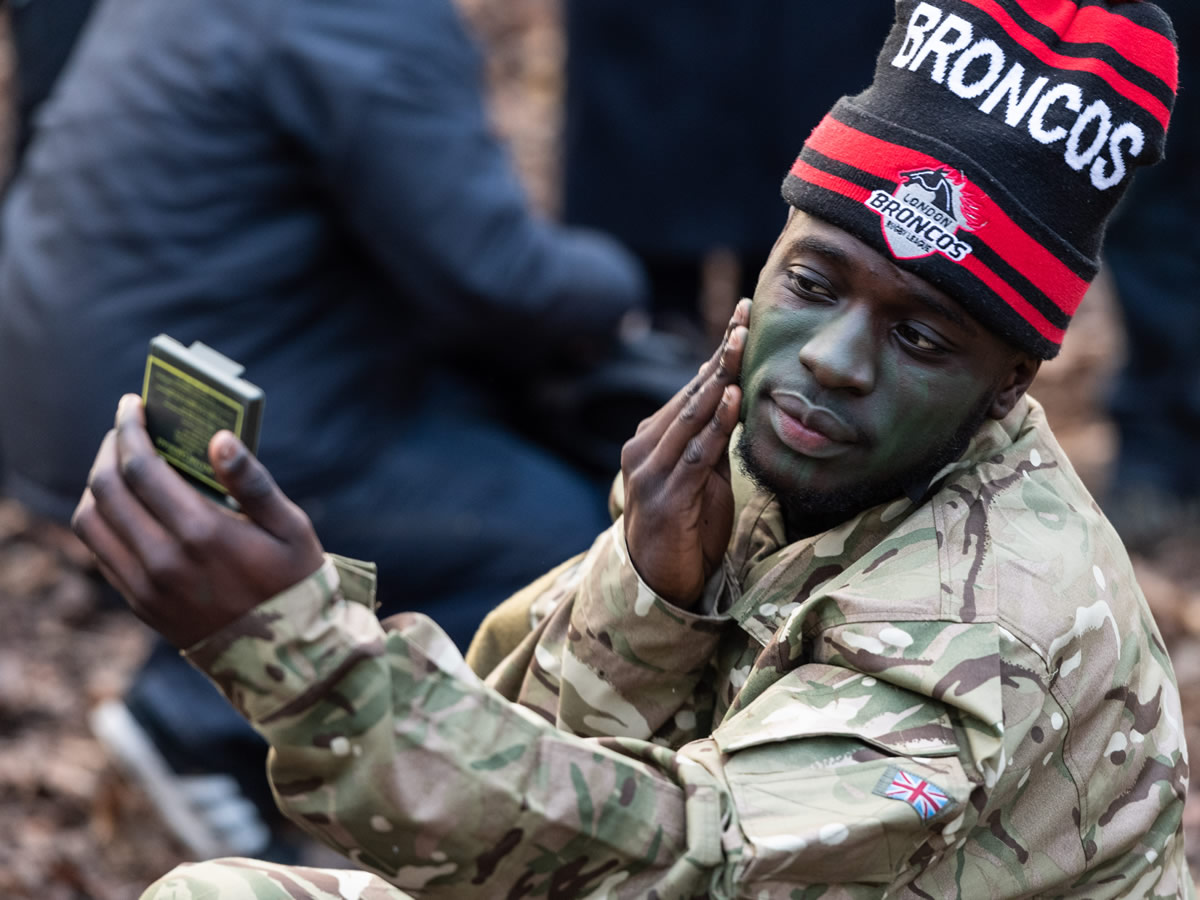 The Broncos, who won their place back in Super League by beating Toronto Wolfpack in last season’s Million Pound Game, host Wakefield in their season opener on Sunday February 3.

Prop Eddie Battye said: “I’m pretty tired, we all had a rough night’s sleep, we think pre-season training is hard but what the Army guys do is just another level.

“When we find it tough and our backs against the wall we can look back at what we’ve done her these last days and get through it and get to the other side.”