After a week away we are back with another edition of Brits Down Under as we look at the performances and stats of the league’s British contingent after round 16. 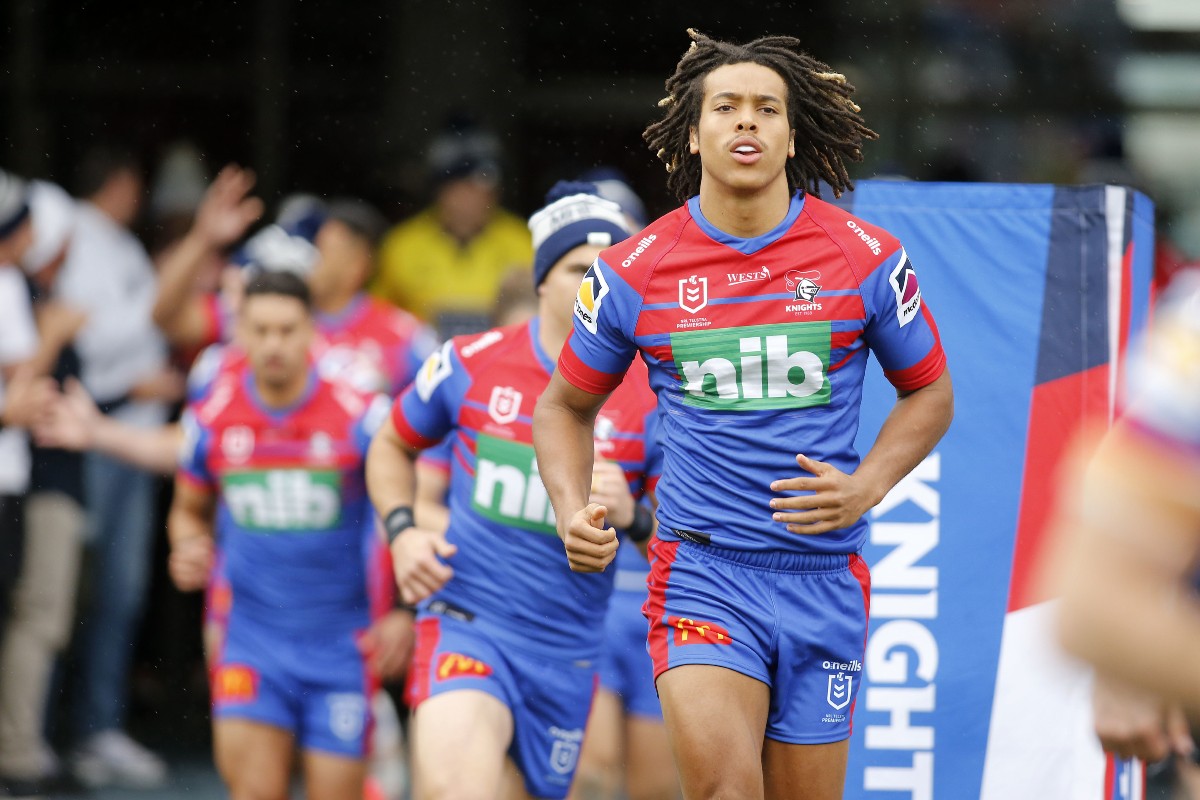 The 19-year-old made his fourth NRL appearance in the 38-0 over North Queensland at the weekend and what a display it was as the youngster put together what was arguably the best performance of his professional career to date. The Knights have struggled with injuries to their backline throughout the year and have called upon the likes of Young to fill the void and after the game against the Cowboys their decision to promote the youngster from the New South Wales Cup proved dividends. In a stunning effort, the powerful winger scored two tries, one of which came from a beautiful piece of play involving himself and superstar full-back Kalyn Ponga and he even played a hand in setting up another one. The former Huddersfield talent also had the most metres gained by anybody in the game with 180 as well as securing 55 metres post contact, three tackle busts and a line break. 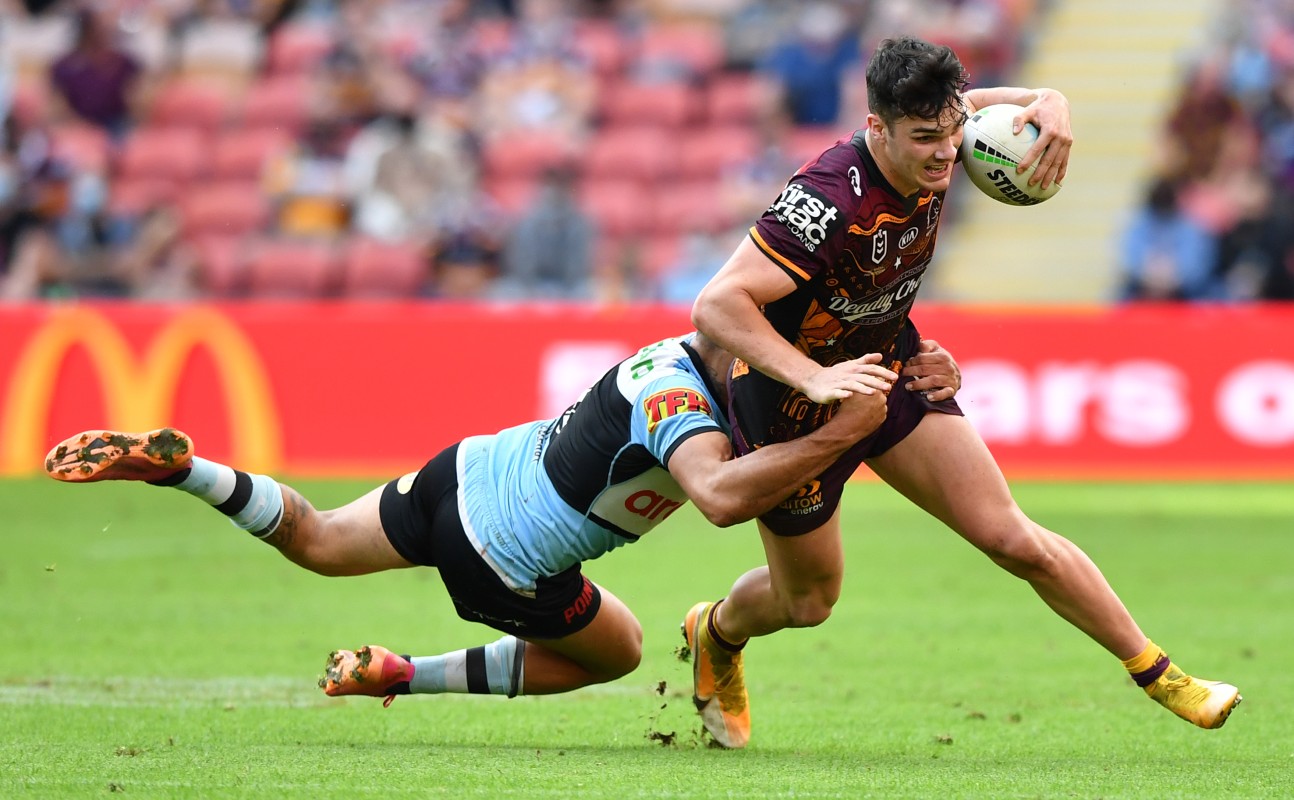 The 21-year-old keeps going from strength to strength and was once again one of Brisbane’s standout performers in the 26-18 win over Cronulla. The Broncos were in strong form over the weekend with the return of one of their premier talents in Kotoni Staggs seemingly giving them a spark they desperately needed. The Lancashire-born Farnworth partnered Staggs in the centres and he was certainly in top form himself, securing 16 carries, 157 metres, 79 post contact metres, a tackle bust and a try assist.

The 31-year-old struggled to pull the strings as Gold Coast coasted to a 44-6 victory against a Canberra side that have found wins hard to come by this season. The veteran hooker led his side in tackles throughout the game though with 41 but he was not able to get much going from an attacking standpoint this time around despite a few dynamic runs that saw him produce 38 metres from four carries as well as a line break and a tackle bust. Overall, Hodgson still leads the Raiders in try assists this year with seven whilst continuing to climb their tackle charts, sitting third with 402 and now only seven behind Ryan Sutton after missing a couple of games earlier in the season. 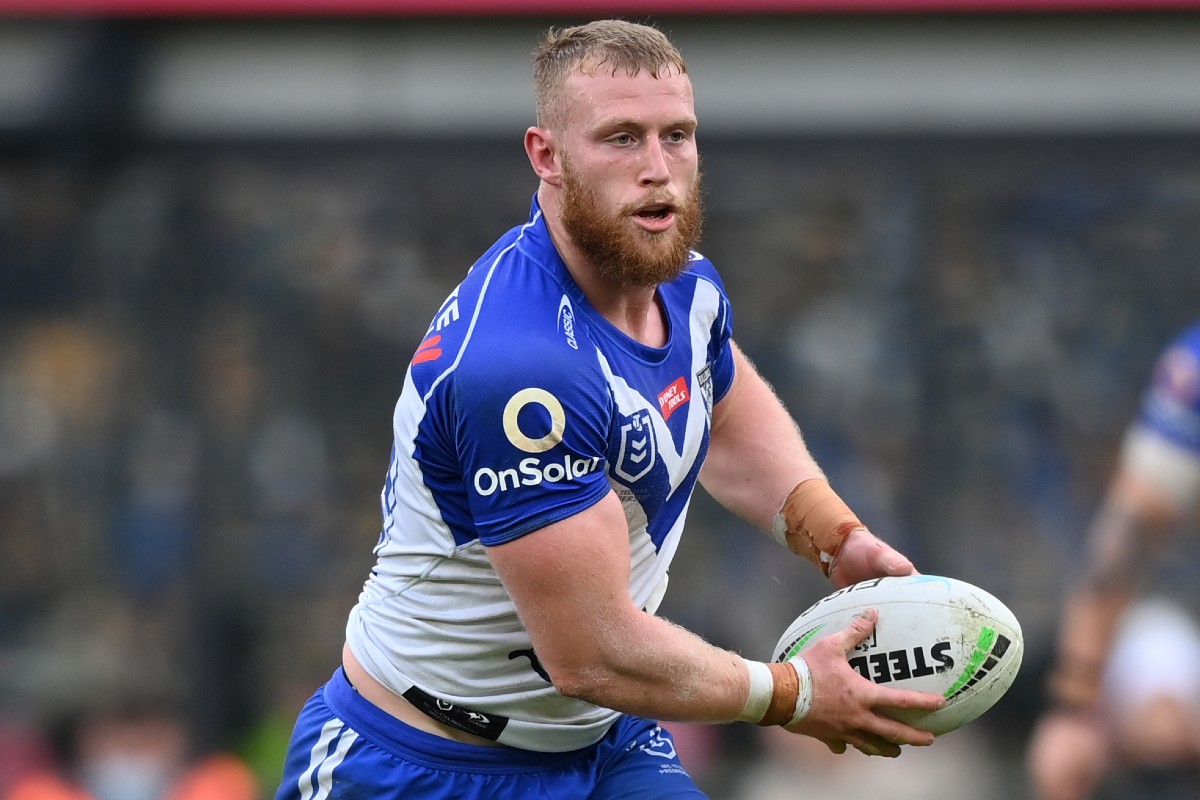 The Bulldogs just had no answers for a Tom Trbojevic inspired Manly side as they found themselves on the end of majorly disappointing 66-0 loss. Canterbury’s attack was minimal and even with Thompson giving another solid account of himself in the front-row, Trent Barrett’s side failed to inspire as they now drop below Brisbane into last place on the ladder. The 26-year-old prop continues to be one of the more standout players though and was only one of two Canterbury players to surpass 100 metres as he racked up 124 from 17 runs while doing the best he possibly could defensively with 26 tackles. The former St Helens man now has the fourth most metres (1,421), third most tackles (343) and the fifth most tackle busts (21) by a Bulldogs player so far this year. 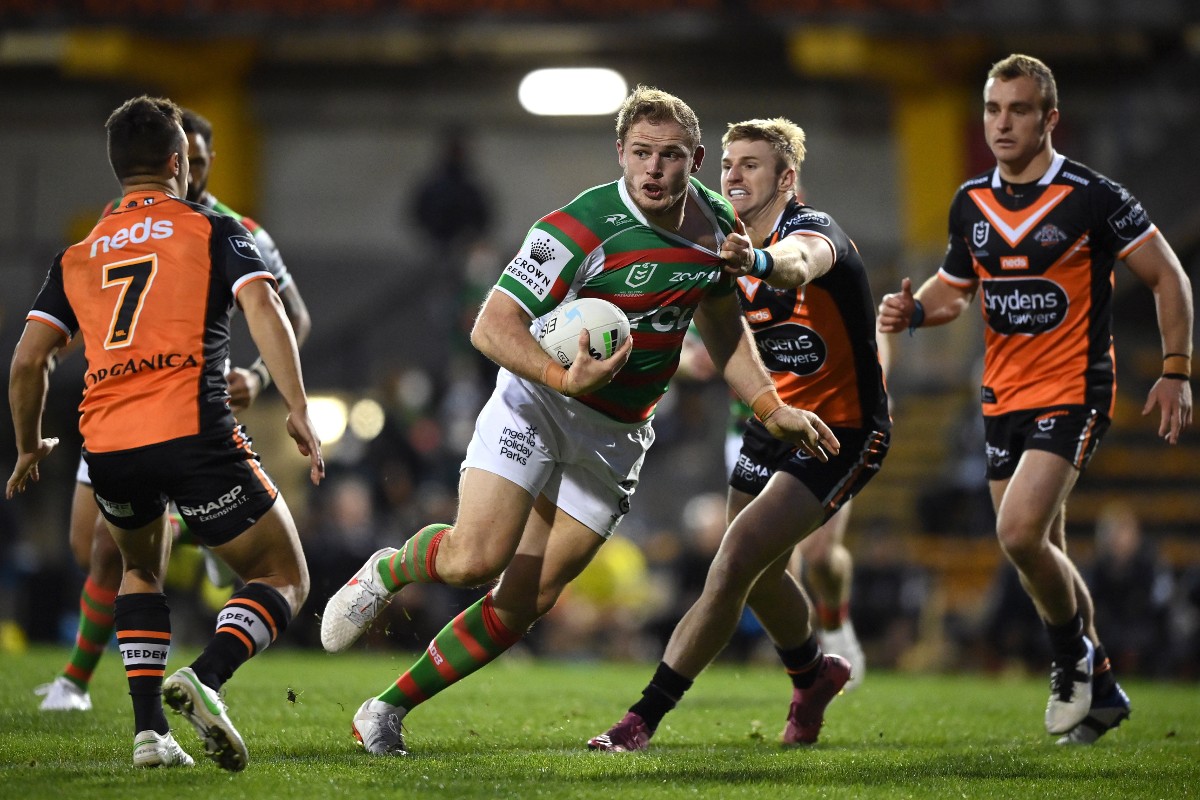 Despite starting on the interchange against the Tigers on Sunday, the 28-year-old still proved he is one of the best props in the league with another monster effort. In the Rabbitohs’ 38-22 win, the powerhouse forward put in a great deal of effort as he took 14 carries for 152 metres and 54 post contact metres whilst also securing five tackle busts, a line break and 19 tackles in a great all-round effort. After 16 rounds of action, Burgess still leads all South Sydney players in metres (1,960) as well as having the fourth most tackles (324). 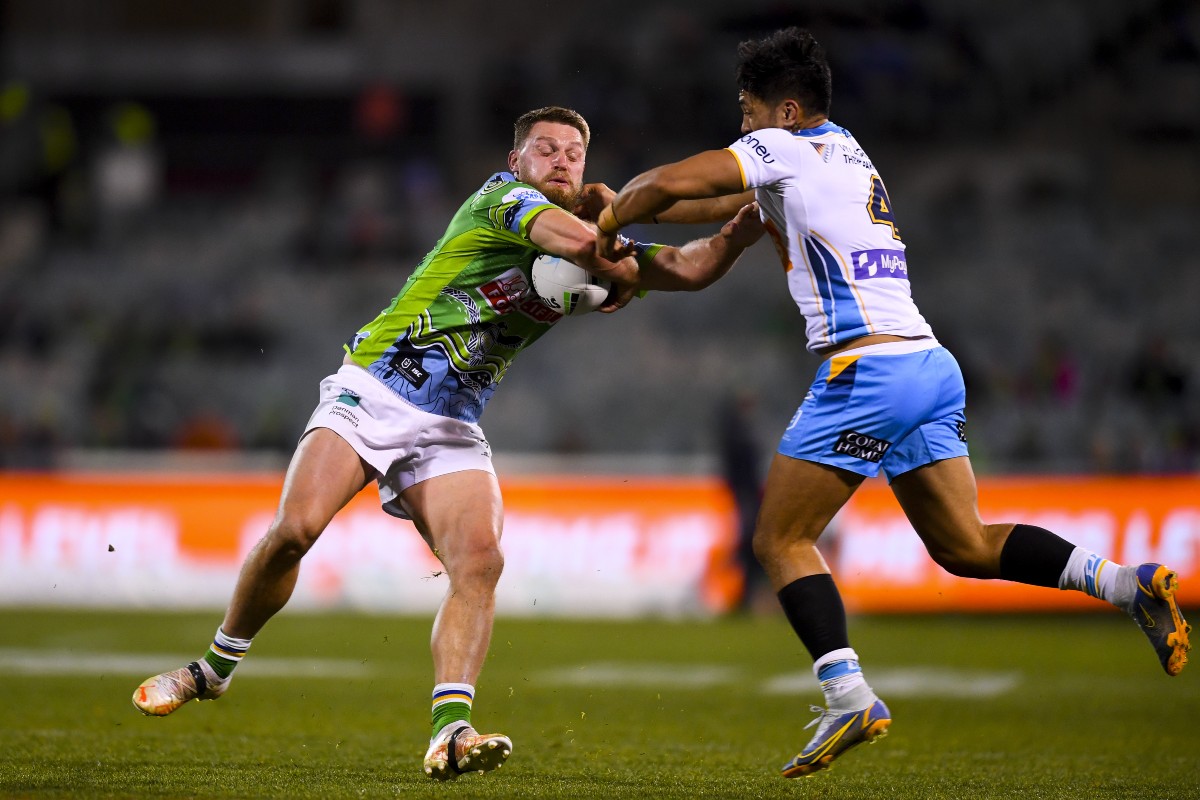 Like Hodgson, it was not easy for Whitehead to leave any kind of impression on the game against Gold Coast over the weekend with the Titans’ attacking savvy being too much for Ricky Stuart’s side to handle. The 31-year-old did as much as he possibly could given the nature of the game as he came away with 67 metres from eight carries, 26 post contact metres and a tackle bust. It has been without question a tough year for Canberra but the influential second-rower has still been one of their more integral players, leading the side in tackles (439) on top of having the second most offloads (14) and try assists (5) as well.

In a tough and heavy loss to Gold Coast, there weren’t many standout performances in Canberra’s ranks but in terms of effort Sutton did his best given the dominance of the Titans. The 26-year-old was one of only three Raiders players to exceed 100 metres throughout the game with 111 to his name alongside posting 47 post contact and 19 tackles.

Watch NRL and live stream every NRL game to keep up with how Tom Burgess, Josh Hodgson, Ryan Sutton, Elliott Whitehead and Luke Thompson and all the others are getting on Down Under.