We have taken a look at how the British contingent got on in round 10 of the 2020 NRL season. 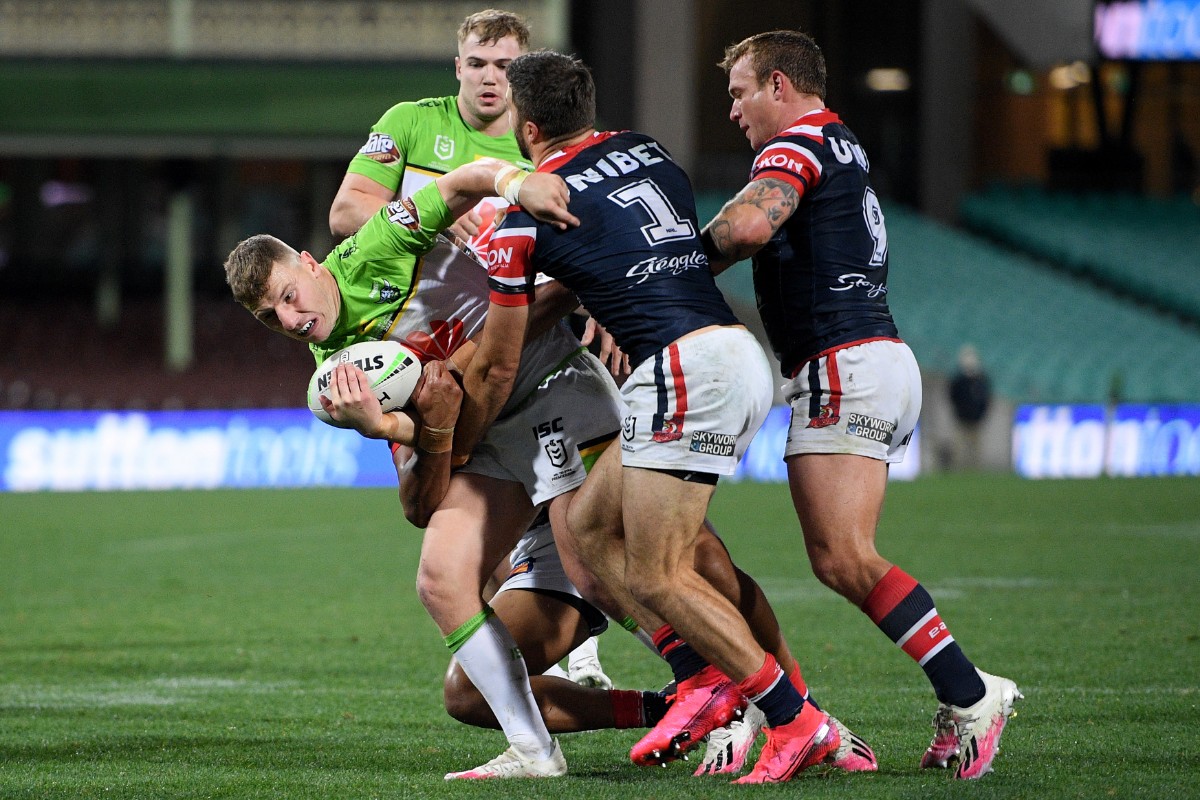 The pressure was certainly on the Raiders going into the game against the Roosters, they sat seventh on the ladder and were without one of their most influential players in Josh Hodgson due to injury. However, Canberra came into the game with plenty of fire in their bellies and came away with a gutsy win in the end. The 25-year-old was certainly an impact player in the Raiders’ halves alongside Jack Wighton and again showed his quick footwork to secure his second try of the season after weaving his way through the Sydney defence.

The former Wigan half-back continues to grow well into the NRL and he still has the highest number of try assists (8), the third most line breaks (5) and the fourth most tackles busts (24) all by a Canberra player this year.

After coming from 10-0 behind to take a 22-10 lead going into half-time against the Dragons, it looked like it was going to be a good day at the office for Thompson and his Canterbury side as a second win of the year looked to be on the horizon. However, it was not to be as St George Illawarra came roaring back after two catastrophic mistakes from the Bulldogs allowed their opponents to clinch a late victory.

Despite the disappointing loss, there was still plenty of positives to take away from the 25-year-old’s performance though as in only his second NRL game he proved to be an effective force in the loose forward position. The former St Helens prop looked menacing with the ball in his hand as he made the third most metres by a Bulldogs player with 134 as well as the third highest number of tackles by a member of the Bulldogs with 29. 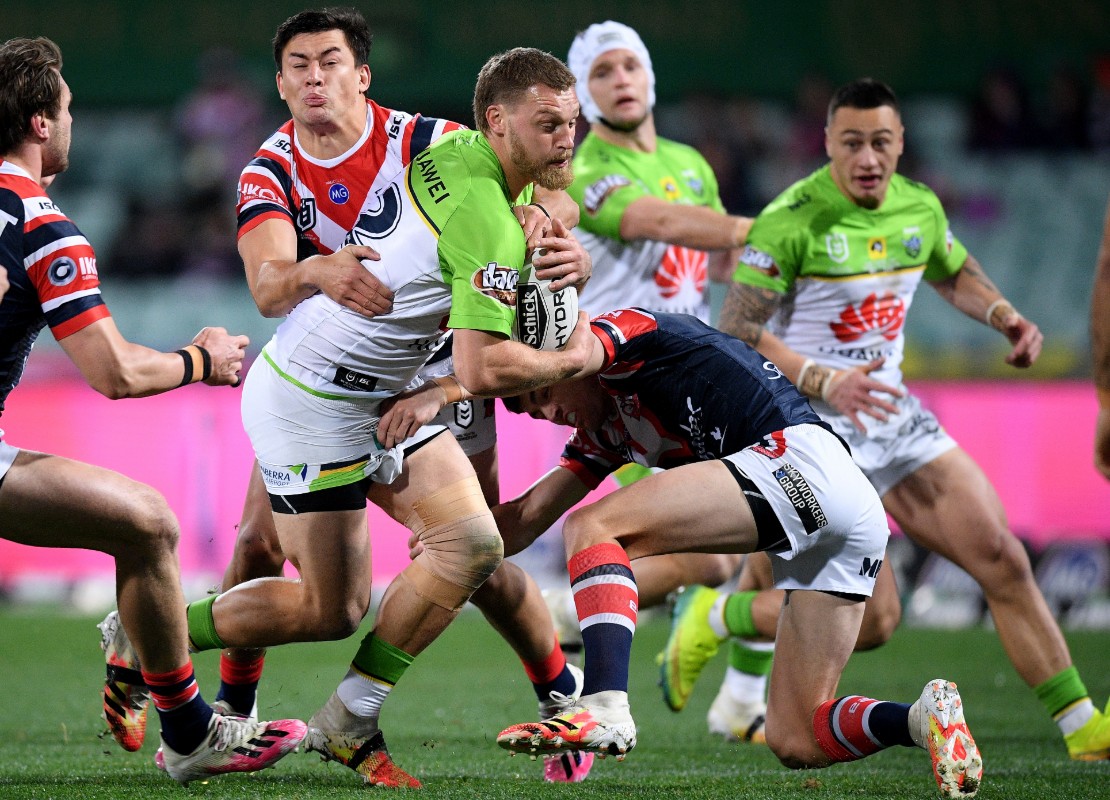 It may not have been the biggest running display from the talented back-rower but the 30-year-old was still a vital part of a gritty and tough defensive display that saw the Raiders keep the Roosters at bay long enough to seal a big win. Overall, Whitehead put in a typical hard-working display with 26 tackles to his name. The former Bradford and Catalans star also has the second most tackles made (298), the joint second most tries (4) and the highest number of line breaks (9) by a Canberra player so far this season. 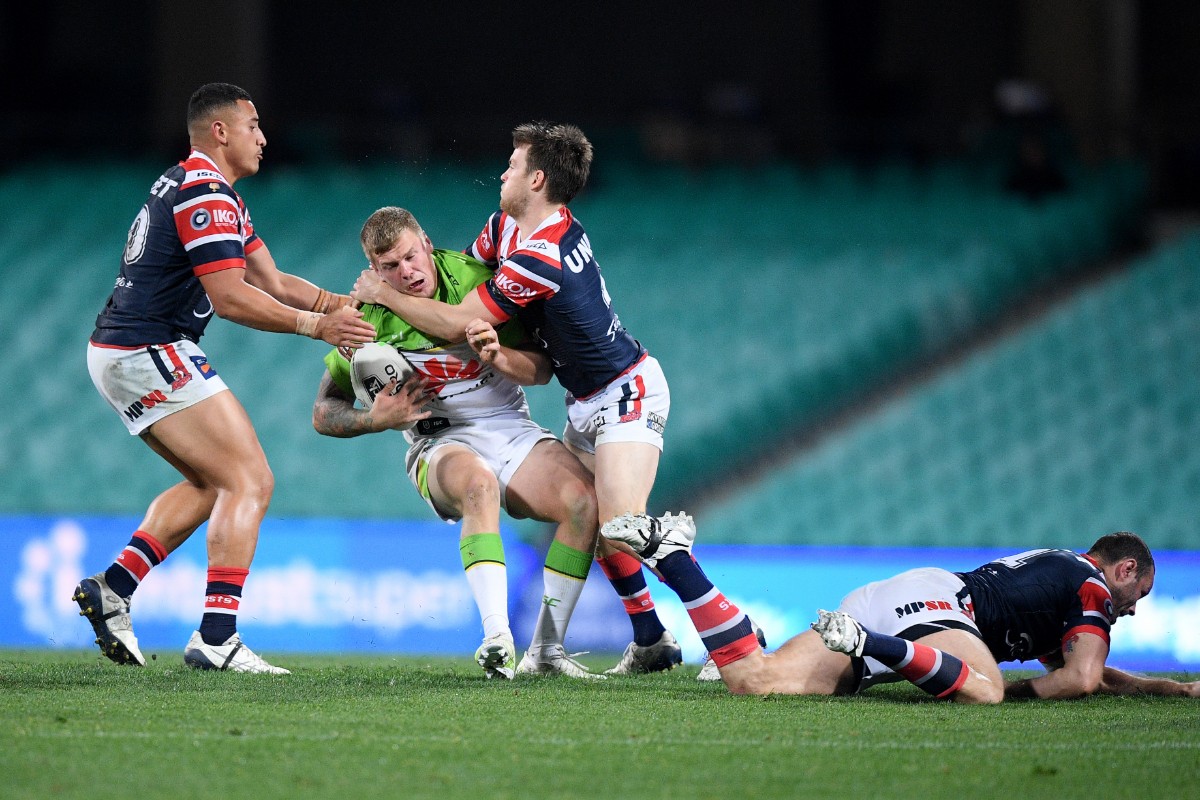 The 25-year-old has certainly made his mark whenever he has come off the bench for the Raiders. The tough back-rower made the fourth most metres by a Canberra player in the game with 87 while racking up 17 tackles in the process.

Canberra’s Josh Hodgson remains out for a significant time with an ACL injury while Brisbane’s Herbie Farnworth was not risked due to his own injury concern. Ryan Hall was named in the Roosters’ reserves as Brett Morris returned from a one-match injury absence.