The 2019 NRL season is now in full swing and as round three is in the books, we look once more into how the British contingent are performing Down Under.

The first game of round three saw Widdop’s St George Illawarra face Brisbane in a back and forth thriller! The Dragons came into the game low on confidence following a 0-2 start and this game against the Broncos was set to be another strong test.

However, the game would end up showcasing the unpredictability of the NRL as the 0-2 Dragons came away with the narrowest of victories following Corey Norman’s dramatically late drop goal for the NSW side to win 25-24. Over the course of the first two games, questions had been asked to Widdop’s role at full-back but the 30-year-old certainly had his kicking boots on here with three conversions and a penalty goal to his name. However, his time in the number one spot took another patchy turn as in the 73rd minute, Widdop fumbled the ball near his own try line under the pressure from Brisbane’s Darius Boyd for Jack Bird to level the score at 24-24. The incident placed him in considerable pain.

The game would end on that sour note for Widdop as he had to leave the field with what appeared to be a dislocated shoulder following the pressure from Boyd, thus continuing an unfortunate run of shoulder injuries for the England international over the last few months. It remains to be seen how long of a time he spends on the sidelines but as he now faces surgery over the injury, it might well be a lengthy period. 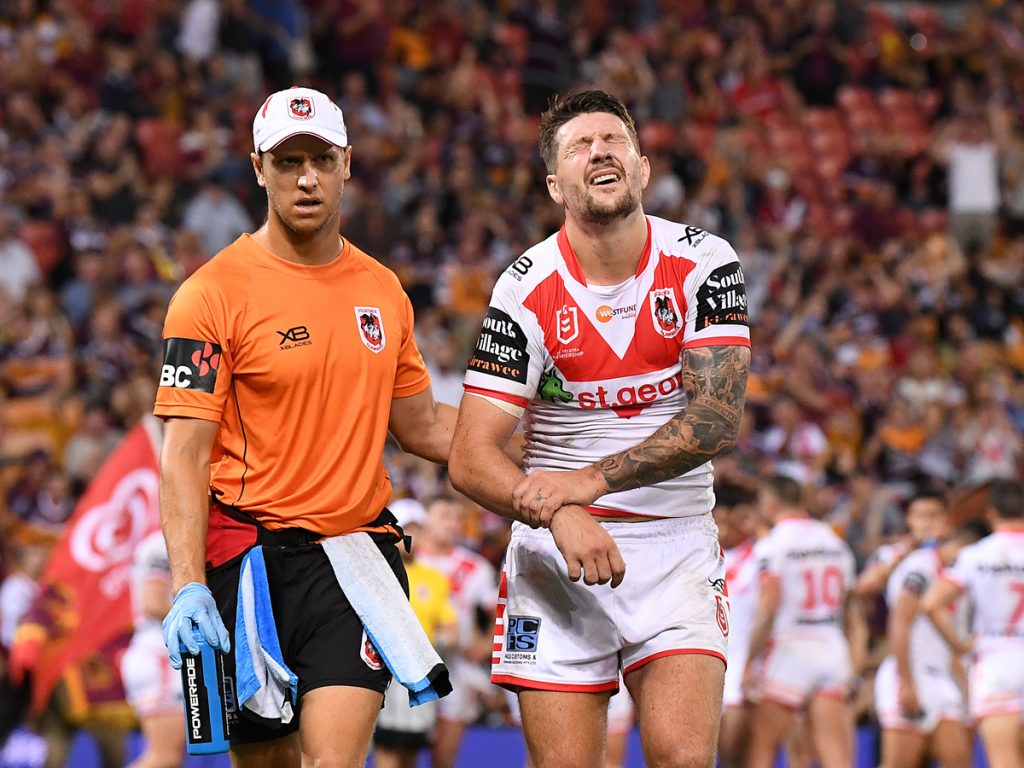 On paper, it was set to be a walk over but Burgess and his Rabbitohs side found it hard work against a valiant Gold Coast team that was still without key playmakers in the likes of Tyrone Roberts and Ash Taylor. However, despite the much-improved performance from the Titans, they were unable to sneak away with the win.

Now, it was not the inspiring performance that we have seen in the first two games from Burgess, but there never seems to be any doubting the quality. Once again, the 30-year-old was one of South Sydney’s top tacklers throughout the game along with eclipsing over 100 metres in the running game. The 28-20 win over Gold Coast now means that along with Melbourne, Burgess’ South Sydney remain undefeated for the season and that life under coach Wayne Bennett looks to be in really good shape right about now. Next stop: Manly.

The size, the presence and a great work rate are what always stand out for the 26-year-old prop forward and once more this showed in the hard-fought win over Gold Coast. Although he was not able to exceed triple figures in terms of metres made, the England international racked up a steady 83 metres alongside being amongst his side’s top tacklers with 20.

The England number nine was able to do what he so often does in Canberra’s win over Newcastle, displaying great build-up work and organisation. The 29-year-old showcased great play in the first-half but the Raiders just could not take their chances early on with Ryan Sutton and Sam Williams failing to score from Hodgson’s angled grubber kicks.

However, after a great bit of work once again, another Hodgson grubber kick was latched onto by Charnze Nicoll-Klokstad for the try and the first points of the game. It was a commanding performance from the hooker. 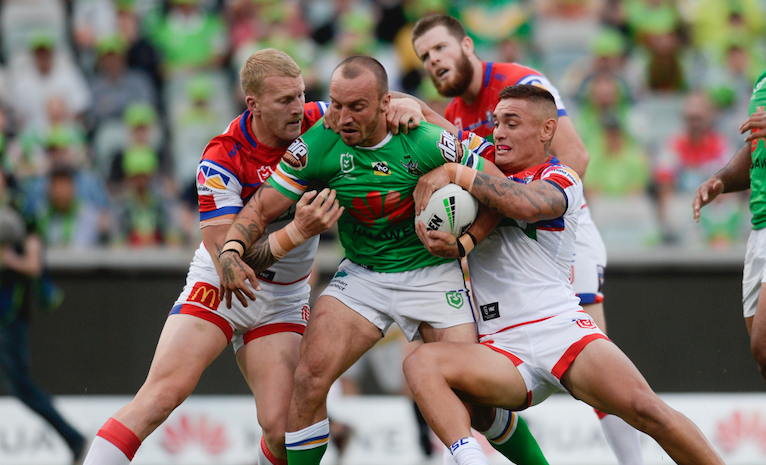 The 33-year-old’s defensive efforts have known no bounds, despite their stuttered start to the season. Over the first two games of the season, Graham has been in amongst the top tacklers for St George Illawarra and he was again in their thrilling win over Brisbane this time around, racking up the second most tackles for the Dragons in back-to-back weeks with 38 to his name.

The NSW side’s 25-24 win will no doubt be what the doctor ordered as after consecutive defeats to start to season, St George Illawarra finally found a winning formula, albeit in dramatic circumstances.

Following the injury to Joe Tapine, Sutton was given the nod at the starting 13 position against Newcastle this weekend. In what his first official start for Canberra, the 23-year-old gave his coach a great deal to ponder over the course of the season as Sutton took the opportunity presented him with an impressive showing in the Raiders’ 17-10 win. The loose forward put in the second most tackles for his side with 30 along with making 84 metres from 10 runs.

The 25-year-old continues to shine in the lime green of Canberra, putting forth another great performance in the Raiders’ gutsy win over Newcastle. After moving into the back-row to accommodate for the injury of Tapine, Bateman went on to lead the way in both tackles (34) and metres (190) for the Raiders as he showed once more that he was quickly adjusting to life in the NRL.

This display marks the second time over three games that the England international has eclipsed the 100-metre mark and right now, the sky is seemingly the limit for the Yorkshireman. 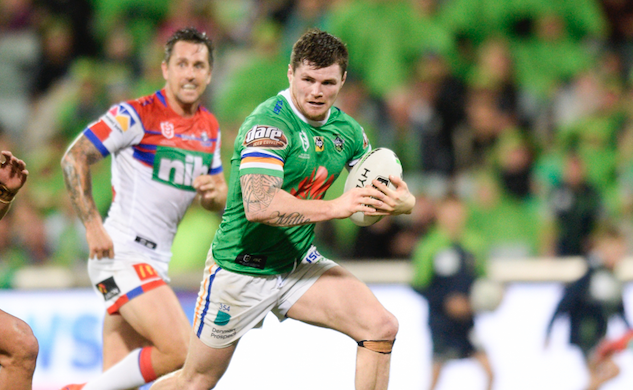 As the likes of Bateman, Nicoll-Klokstad and Sia Soliola starred in the running game, Whitehead had more of a subdued outing than what we are usually used to seeing.

The 30-year-old made the forth most tackles for the Raiders with 21 but did not have a great deal of opportunities with the ball in hand. However, from just six runs Whitehead made 54 metres.

We will have to wait a little longer to see the former Leeds star out on a NRL field as he continues to make his way back from an ACL injury.

The 26-year-old has now served a four-match ban following an eye gouging incident in England’s second Test victory over New Zealand at the end of last year. Only time will tell if Burgess returns immediately into the Rabbitohs fold for their round four fixture against Manly.