A slightly more condensed version of Brits Down Under this week because of injuries and suspensions, but there is still plenty to talk about regarding the NRL’s British contingent.

It went right down to the wire for the Raiders but they were able to overcome a close one in their 22-20 win over Cronulla. Although, we have not seen huge statistical numbers being posted by Whitehead, his efficiency, productivity and consistency are always on show. In the win over the Sharks, the former Bradford and Catalans star finished with figures of 92 metres and 23 tackles, figures that placed amongst the side’s top performers on the day.

He remains an older and more experienced player compared to his fellow British team-mates and has been at the forefront of a steely Canberra defence on a week-to-week basis. The 29-year-old has helped install much more of a positive attitude amongst the Canberra faithful as his influence in the Raiders set up alongside his British cohorts have translated into the Green Machine’s performances and placed them right in the mix of that top four.

A James Tedesco-less Roosters squad came into the game against Canterbury on the back of three losses in their last four games but were given the perfect opportunity to get back on track when taking on the bottom of the table Bulldogs. Despite the unavailability of one of the game’s premier players in Tedesco, the Roosters flexed their muscles with a convincing 38-12 win over Canterbury, which gave Hall his third appearance of the season for the Chooks.

It was another case of seeing plenty of the ball for the former Leeds man as the powerful winger made plenty of barnstorming runs and racked up the most carries by any Sydney player on the day with 22. In his appearances so far, Hall has made over 100 metres and Sunday’s win was no exception as he made his most in a Sydney jersey with 196 metres. Even despite recently coming back from an ACL injury he suffered last year, Hall has taken the opportunity presented to him and showcased that there is still plenty left in the tank. Although his opportunities have come through injuries and Origin, the 31-year-old is certainly proving to be valuable asset for Trent Robinson’s men as they look to defend their NRL crown. 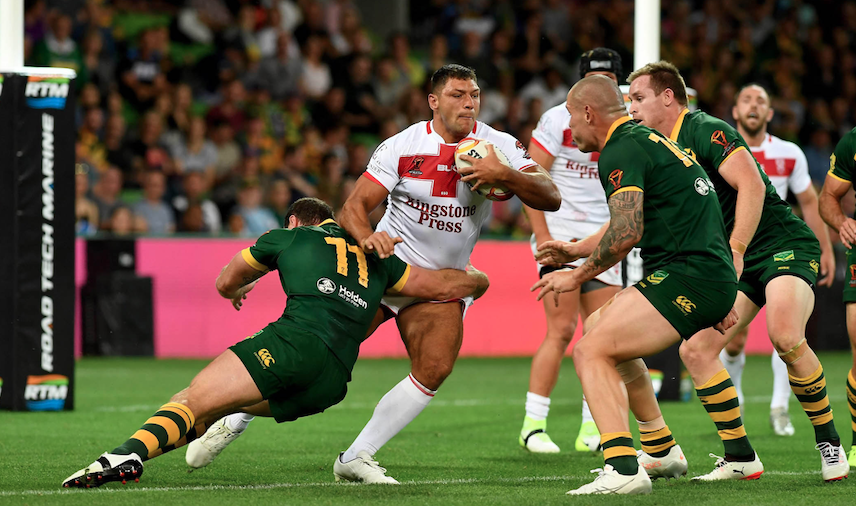 What more you can say about the former Bradford and Wigan man this season? The back-rower has shown a good deal of durability and toughness in coming back much quicker then expected from a fractured eye socket and still continues to be a dynamic ball carrier and a brutal defender who always looks more than willing to put his body on the line in the heat of the battle. Even though it was a much quieter day with the ball in his hand, the 25-year-old was ever present in defence as he made 28 tackles (joint second most by a Canberra player) and continued to prove his metal as one of the best NRL signing’s of the year, if not the best.

Despite questions being raised as to whether the Raiders can truly be a competitive top four team and hang with the big dogs, one thing is for a certain and that is if Bateman can continue to make inroads amongst this side then it can be difficult as the season goes on to question their credentials going into the post season finals. 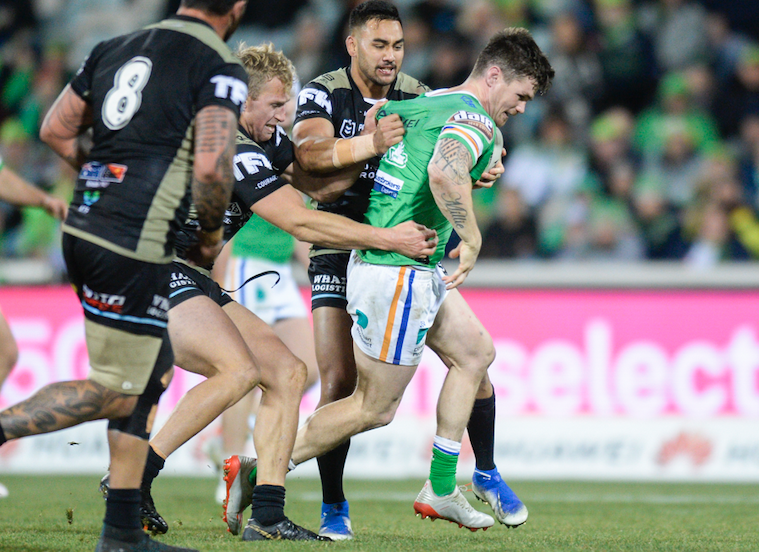 In much a similar vain to the likes of Bateman and Whitehead, Sutton has been utterly impressive both as a ball carrier and a defender. The British trio have certainly turned plenty of heads as they continue to thrive in a Raiders triple threat and have have brought a rugged style to Canberra’s edge, something that Ricky Stuart’s men have seriously lacked in recent seasons.

Now, although it was what you would call a much quieter game in terms of the stat line for Sutton against Cronulla, the 23-year-old still continued to give an impressive account of himself by putting in a great amount of work with another strong performance. A total of 78 metres to go alongside 24 tackles were part of great team effort in the running game and as a team, Canberra have made the third most metres in the NRL so far this season with 19,837, and Sutton making the fifth most in the team with 1,186, now ahead of Bateman. 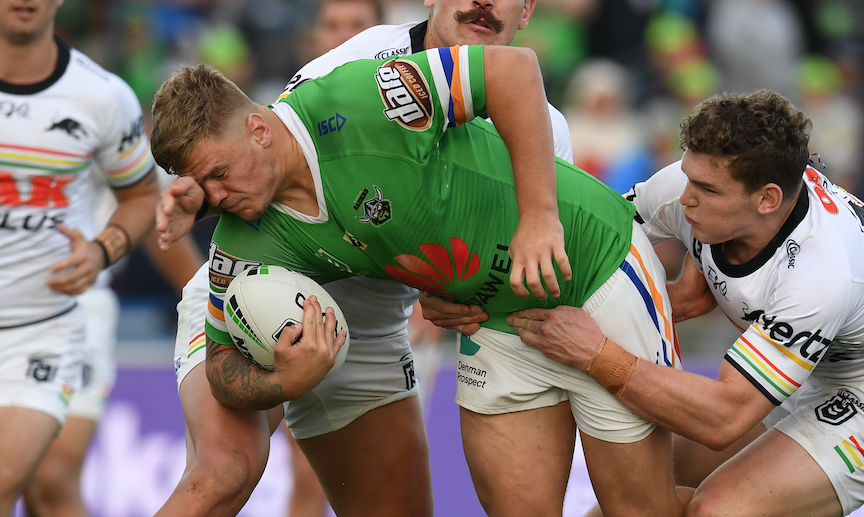