Brits Down Under returns this week after a break due to State of Origin.

Over the past two rounds, Hall has been given back-to-back starting roles due to the Origin period and he did not disappoint, seeing plenty of the ball and racking up the metres. During a bye week for most teams in round 16, Hall started on the wing against the Tigers with James Tedesco fulfilling representative duties for the Blues. The former Leeds man made his presence felt as both of the Chooks’ flanks dominated with the ball in hand and Hall made the second most metres for Sydney, with 199 from 19 carries. The Roosters ran away with it in the end, 24-16. This weekend’s round 17 game against the Cowboys gave Hall another chance to show his winning credentials as Tedesco was given a rest due to his Origin heroics and although it was not another winning display from the Chooks, the powerful winger profoundly showed his ball carrying skills with 183 metres from 20 carries.

In his five appearances this season, Hall has blitzed his way to 838 metres at an average of 167 metres per game and only second in that respect behind Tedesco. The 32-year-old is still going to find it difficult to break into the starting 13 on a consistent basis as the Roosters host plenty of talent in the backline with Daniel Tupou, Tedesco, Latrell Mitchell and Brett Morris all seemingly ahead in the pecking order. However, after a more than exceptional display in each of his games this season, Hall continues to make life difficult for coach Trent Robinson in terms of selection. 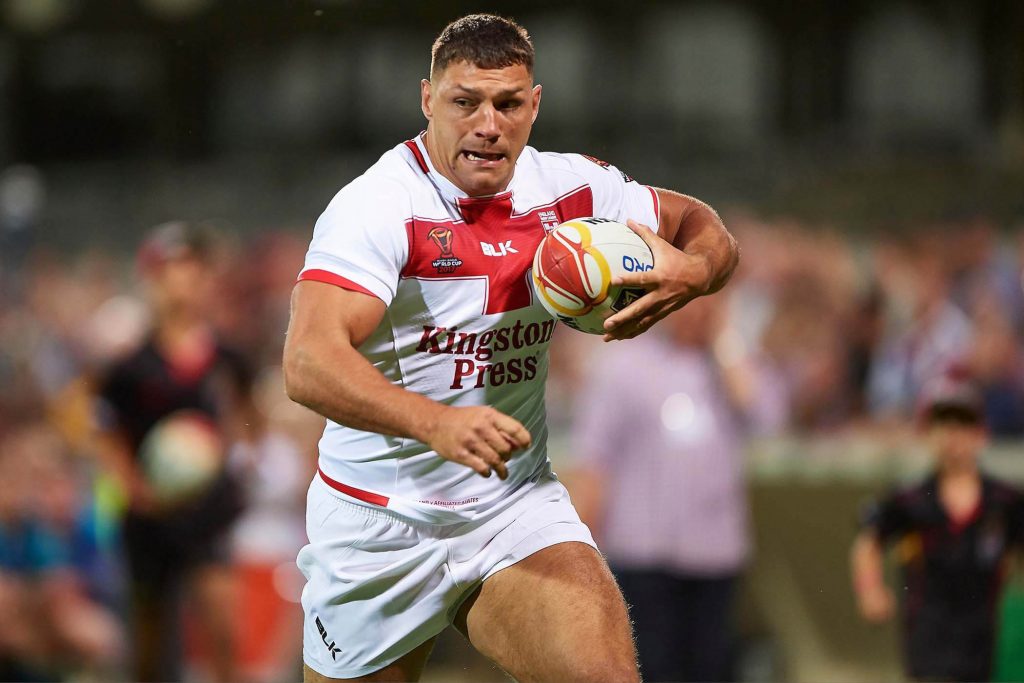 It may have been mentioned plenty of times this season already but if there was an award for ‘buy of the year’ then this man is right up there to claim it. Although he may not be performing at the exceptional standards with the explosive stat numbers we witnessed in the first half of the season, the dynamic second-rower still continues to deliver in that mighty back-row of the Raiders alongside fellow British recruit Elliott Whitehead. The addition of the 25-year-old alongside Whitehead has been nothing short of a revelation for Canberra and Bateman has had a major impact on the side’s improvement in defence, with the Raiders conceding the second least amount of points this season and are only behind Melbourne in that respect.

In round 17, the Raiders came up against St George Illawarra Dragons and were able to place a fine amount of pressure on their top four rivals with a 36-14 win, with Bateman his usual self in defence and attack. The former Wigan man made the most tackles by a player in lime green with 35 as well as chalking up 104 metres from 13 carries. This most recent showing means that the England international now has the sixth most metres (1,284) and fourth most tackles (394) by a Canberra player, moving ahead of Ryan Sutton in the process. 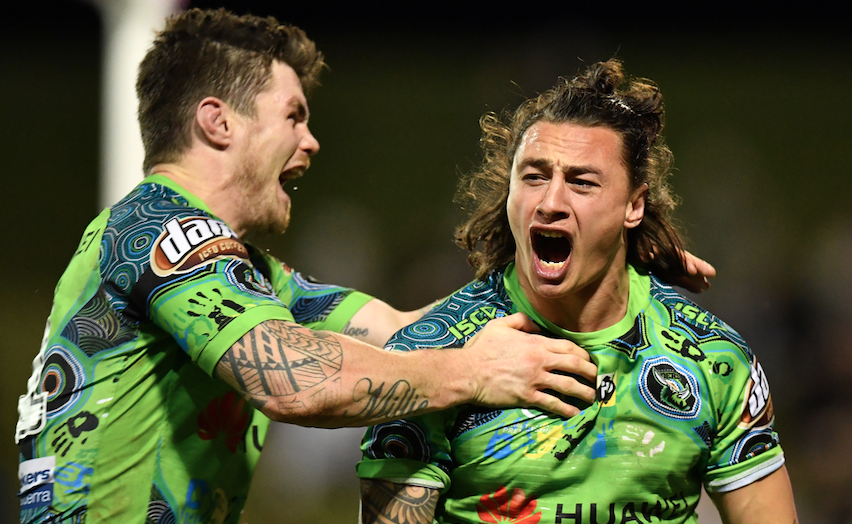 The former Bradford and Catalans star may not always put out the most standout stat lines but the 29-year-old’s influence in the Canberra second-row should not be taken lightly. Another hard working defensive display saw Whitehead wrap up 27 tackles during the game against St George and overall he continues his reign as his team’s top tackler with 503 to his name and also keeping him inside the top 20 of the entire NRL. The England international has been hugely consistent in this regard, averaging 31.4 tackles per game – only behind Hodgson at the Raiders.

As mentioned before, the Raiders’ defensive nature has been somewhat questionable even with the likes of Whitehead in the back-row. However, the decision to bring Bateman over to the Southern Hemisphere seems to have sured up the forward pack, with Whitehead and Bateman doing the business. 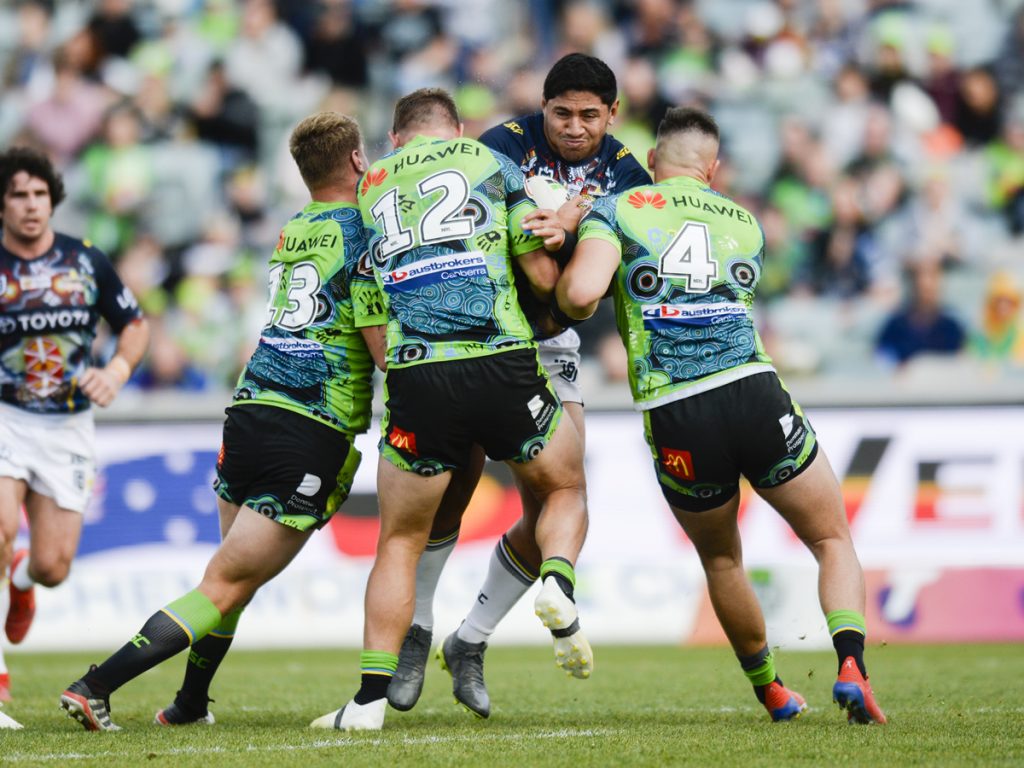 The 29-year-old continues to be the man that makes the Green Machine tick in both attack and defence. In a trait that he has seemingly made his own, Hodgson showed some great instinctive moments throughout the game against the Dragons including a couple of delightful one-on-one strips in the first half of the game, taking snatch and grab to whole new level.

Alongside his British cohorts in Bateman and Whitehead, the dummy half was more than effective defensively, producing the second most tackles by a member of his team with 32 and despite missing a few weeks with a broken thumb, he sits second on Canberra’s top tacklers list behind Whitehead.

Now as the Raiders place pressure on their rivals with an all important win that sees them take third place ahead of the Roosters and now two points ahead of both Manly and Parramatta, the question now remains as to whether Ricky Stuart’s can continue this run. However, if their British quartet can stay healthy, then it would not be a long shot to see them as contenders come the end of the season. 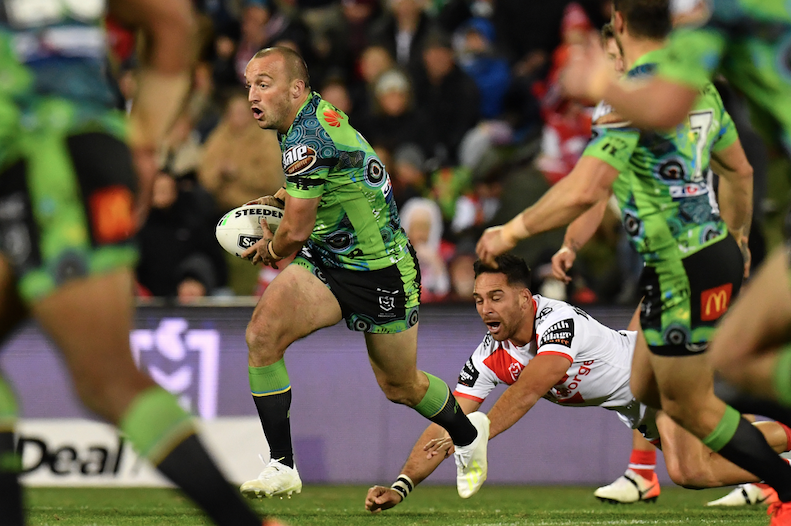