This weekend saw the return of the Indigenous round and once again we looked at the performances of British based players within the NRL.

We will start off with the biggest news of the round concerning British players and that being the untimely injury to Canberra dummy half. The past few weeks have not been kind to the Raiders as they have come up against the likes of Sydney and the Souths in back to back weeks before going on to face a slightly rejuvenated North Queensland team in round 11.

In another tough outing Canberra did their best to keep the Cowboys forward pack at bay but eventually succumbed to a 22-16 defeat. One of the biggest moments of the game came in the second half when Hodgson left the field with a suspected broken thumb, an injury that has him now set to miss around a month of action. The exclusion of the 29-year-old did nothing to help the Raiders causes as they struggled from an attacking standpoint. The dynamic hooker has been one of the sides’ standout players all season with his ability to open up the opposition and create chances and his skills will almost entirely be a significant loss going forward.

Another untimely injury for the green machine and their top four hopes as they already remain without another key figure in John Bateman. The question remains as to how they can adapt with these key losses and it could mean the likes of Elliott Whitehead and Ryan Sutton picking up even more of the load in such a crucial point in the season that sees Canberra drop out of the top four for the first time since round two.

The Rabbitohs just keep on rolling and with the win against the Tigers on Saturday they have now put forth their best start to the season in 30 years, with 10 wins and one loss to their name. It was yet another scarily powerful performance from ‘Slammin Sam’, leading from the front with 177 metres off 19 carries. game over 150 for the Bunnies captain as well maintaining his stance as his side’s top metre maker with 1,517 as well as being within inside the top 15 of the entire NRL. There looks to be fewer and fewer words we can use to describe the influence of this man and if he can continue at a capacity, we have seen on countless occasions then expect the Souths to be right up their come the post season. 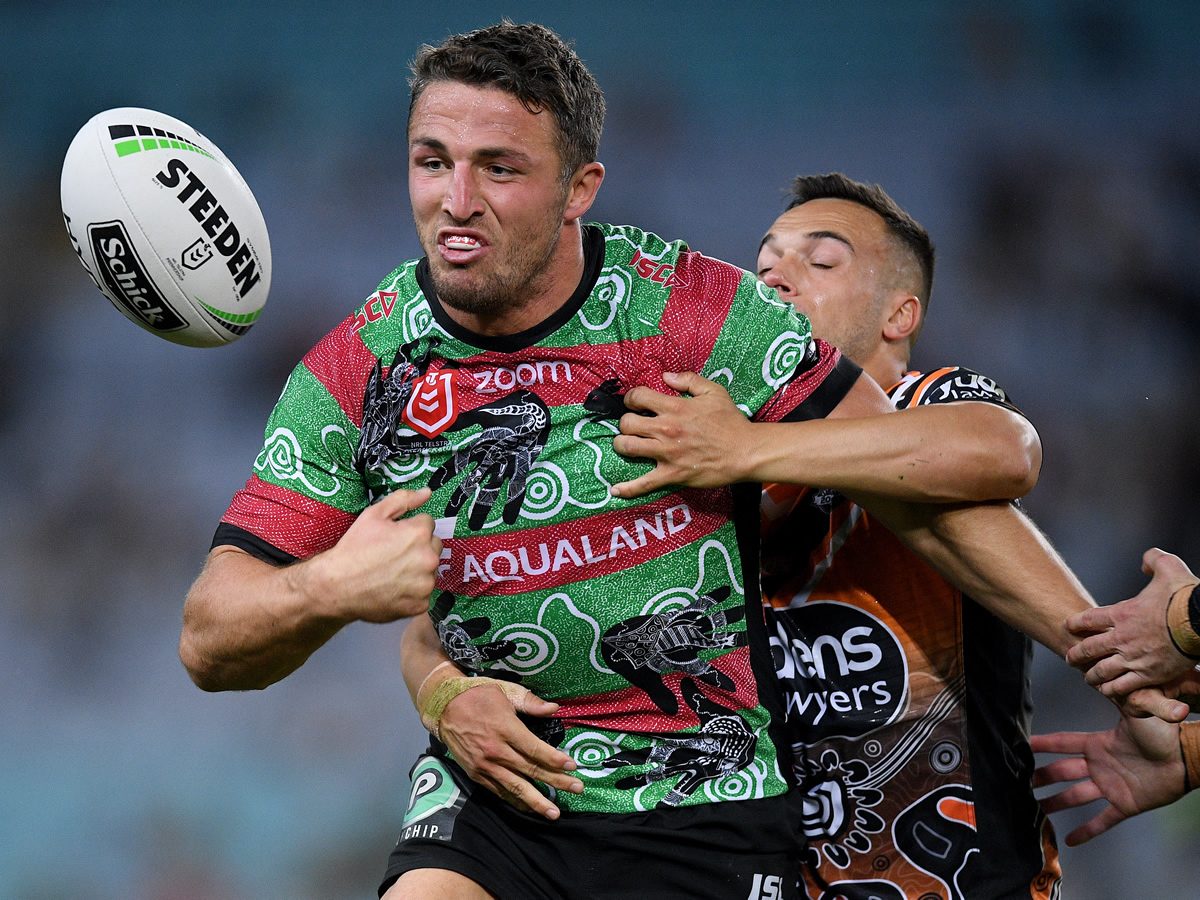 The Souths win over the Tigers was overshadowed though as key playmaker Adam Reynolds went down with a leg injury and depending on his time on the side lines it could prove pivotal to the Rabbitohs as Reynolds’ injury and now Cody Walker’s inclusion in the NSW side they may leave a slight problem in the halves. The emphasis on Burgess even more pronounced as the season reaches a pivotal stage and to put this alongside other State of Origin inclusions and other injuries sustained to likes of Kyle Turner, Alex Johnston and Braidon Burns it will be interesting to see how Burgess and his men are able to maintain their momentum at the top.

It has not been the greatest time for Canberra over the last few rounds as previously stated and now with a tough loss to North Queensland over the weekend and the loss of Josh Hodgson to injury there top four hopes took a major dent. The 29-year-old has done his best in the back row, being a beacon of stability and productivity, becoming one of the leaders in tackles alongside racking up a steady amount of metres. It was much of the same in the loss to Cowboys as Whitehead made the most tackles for Canberra with 38 as well making 100 metres going forward in a gritty effort.

Now, at a critical point in the season and with State of Origin just around the corner, the pressure mounts on the Raiders as they continue to try and push for a top four place and will need someone like Whitehead to be a this barnstorming best on both sides of the ball.

As the wins keep coming for the Rabbitohs, the performances from the 27-year-old just seem to be as monstrous. The past three rounds have the seen the prop forward stand out as one of the leaders in the running game eclipsing over 100 metres on several occasions with his sheer size, presence and hard running always a difficulty to contain by any team’s defence. In the 32-16 win against the Tigers, Burgess racked up 170 metres off 15 carries. The game marks the third time in four games that the powerhouse forward has made over 150 metres and overall is the Rabbitohs third highest metre maker behind brother Sam and Dane Gagai with 1,309 off 133 carries. However, despite being third, his average stands above those in front of him with 9.8 metres per run. A testament to his hard work and determination in that forward pack. 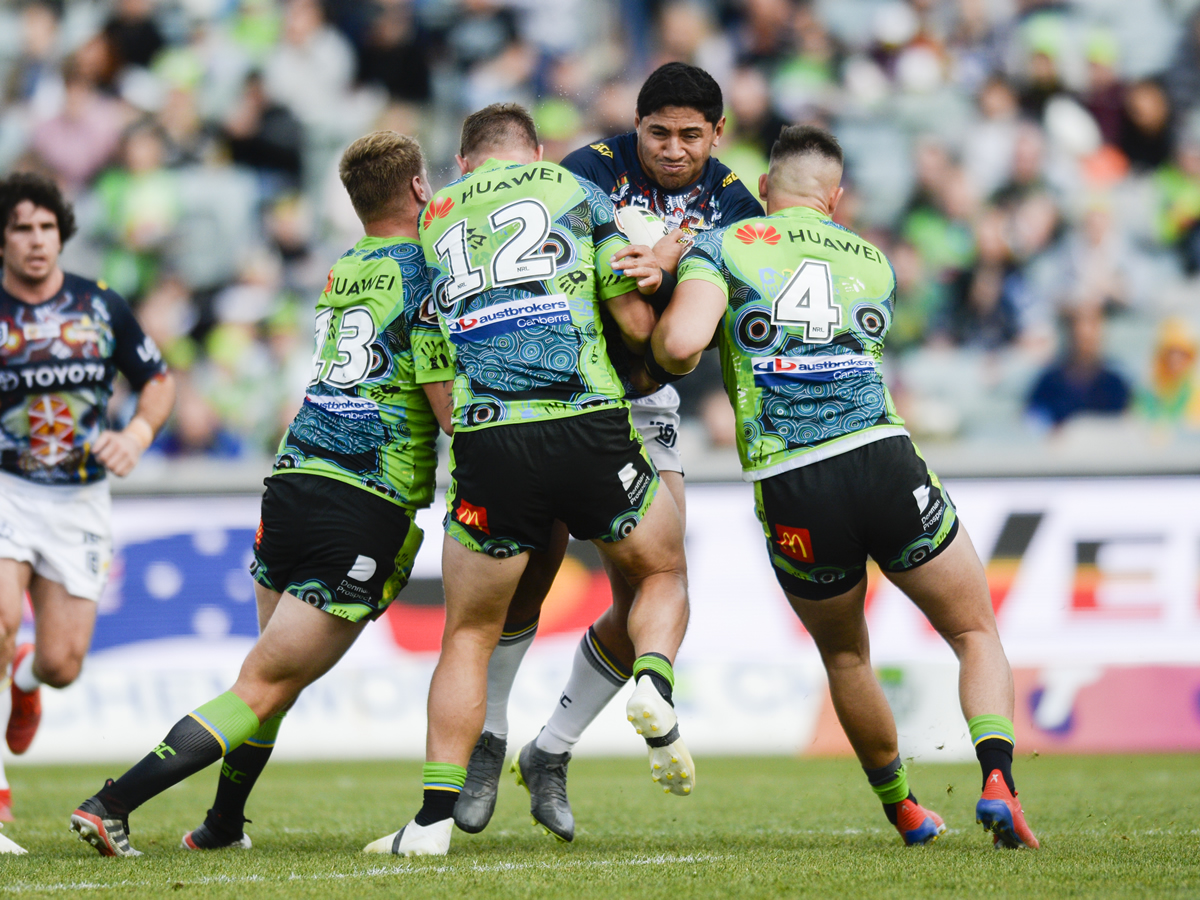 After such a phenomenal start to the season that saw the Raiders sit within the top four for a substantial amount of time, the green machine is now stuck in a sticky situation with three consecutive losses after a defeat the defeat to North Queensland over the weekend. The 23-year-old has still been showing his worth on a rather consistent basis, putting in spirited performances defensively and being amongst the leading tacklers for his side. The former Wigan man making the second most in the loss to the Cowboys with 30.

It was always going to be tricky with star man John Bateman out, putting more emphasis on the impact of Sutton in the back row. Alongside Bateman, the men in lime green are now set to lose key playmaker Josh Hodgson to a broken thumb and a selection of others due to State of Origin duty, making it a much more difficult task for Canberra to stay within the top four mix. The pressure now seemingly on the likes of Sutton to continue to step up to the plate and go that one step further.

The injury bug has certainly taking its toll on the British players in recent times with Widdop, Bateman and now Hodgson all missing a chunk of time from the field. It looks like we may have to add Graham to this mix as there is a scare involving the veteran prop forward as he went off with an apparent ankle injury in the loss to Cronulla on Sunday and ending up in a protective boot after the game. 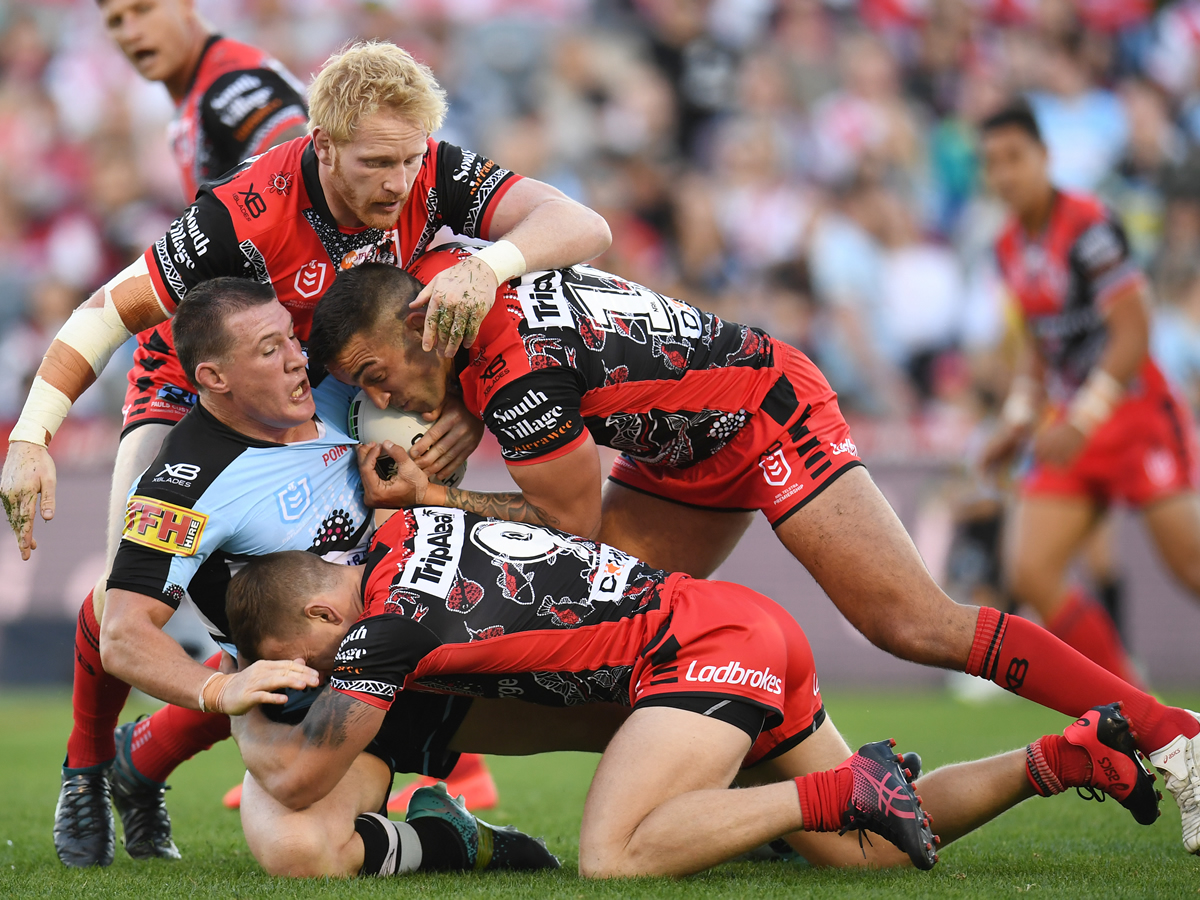 It has not been the greatest of times for the Dragons either, now standing firmly outside the top eight and a host of injuries through their ranks have made life difficult for Paul McGregor’s men to forge any form of consistency in attack. Even despite this, the 33-year-old veteran has been one of the more standout performers over the course of the season and on Sunday this undoubtedly showed as before he left the field in the second half, Graham had made 62 metres off eight to go with 22 tackles and upon departure the solidity in defence crumbled as the Sharks eventually ran away with it 22-9.

It remains to be seen if the former Saints star misses any time but Dragons will have their fingers crossed it is nothing too serious. 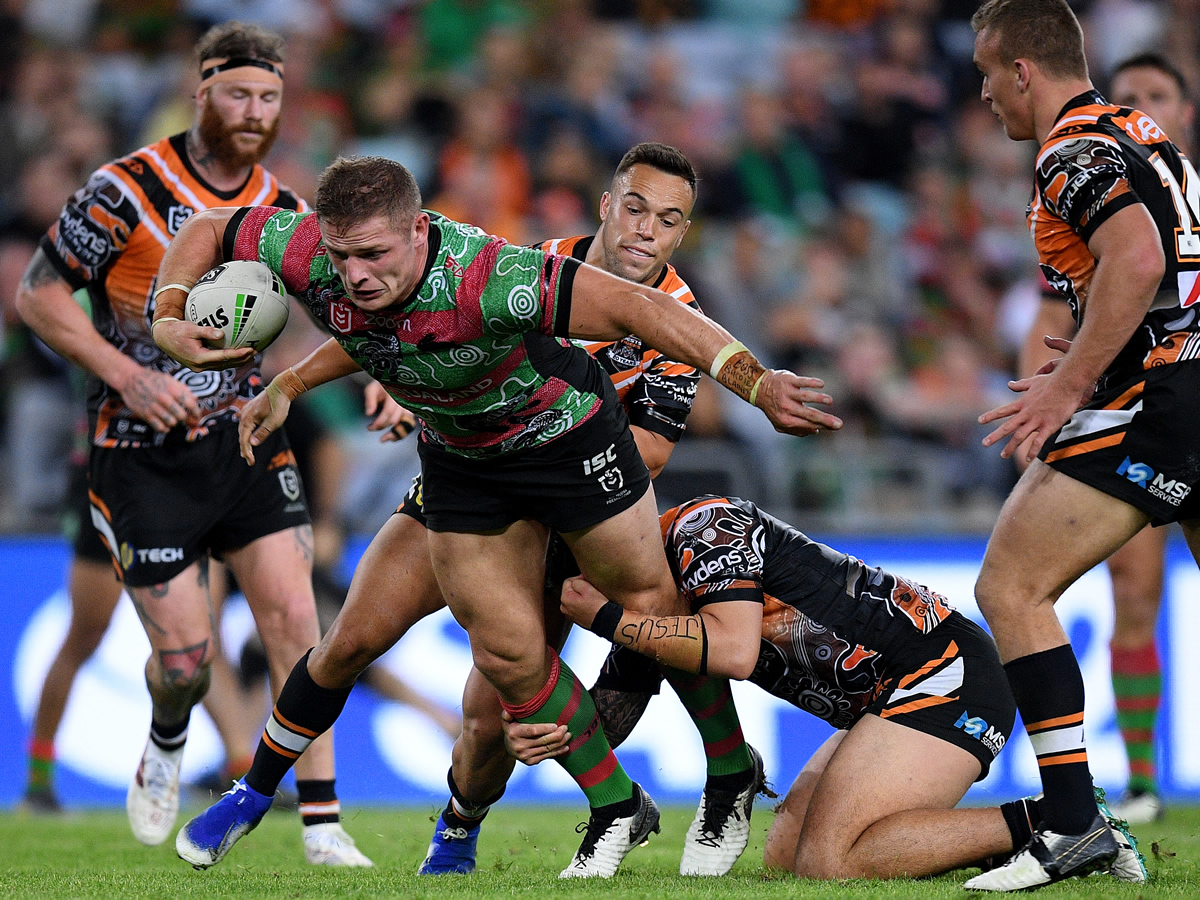 After a selection of steady performances, the 27-year-old had a much more solid performance and made himself known with the ball in his hand. Alongside his brothers, George made over 100 metres in the running game and once more showed that the forward line of the Rabbitohs runs through this more than effective trio. A game of this magnitude is exactly what is expected of the big man and when all three Burgess brothers are song like we saw this weekend then good luck stopping them.