We’ve taken a look at how the British contingent got on in the opening round of the NRL, with Dom Young being a highlight.

There was plenty of faith shown by Newcastle coach Adam O’Brien as the 20-year-old was selected to start on the wing for the Knights in their first game against the Roosters. The towering back certainly took the opportunity with both hands. The former Huddersfield man put forth an impressive performance in the shock win over Sydney on Saturday, forming a lethal combination with Dane Gagai on the right side whilst registering a try, 116 metres, 24 post contact metres, two line breaks and five tackle breaks.

In one of the shock upsets of round one, Brisbane showed plenty of fighting spirit to come away with a surprise 11-4 win over last year’s Grand Finalists, South Sydney. The Broncos looked incredibly effective in the running game whilst being able to restrict the Rabbitohs’ dynamic attack led by Cody Walker and Damien Cook. Farnworth may not have had a blistering performance but he still looked his energetic and busy self with the ball in hand and recorded 72 metres and 24 post contact metres. 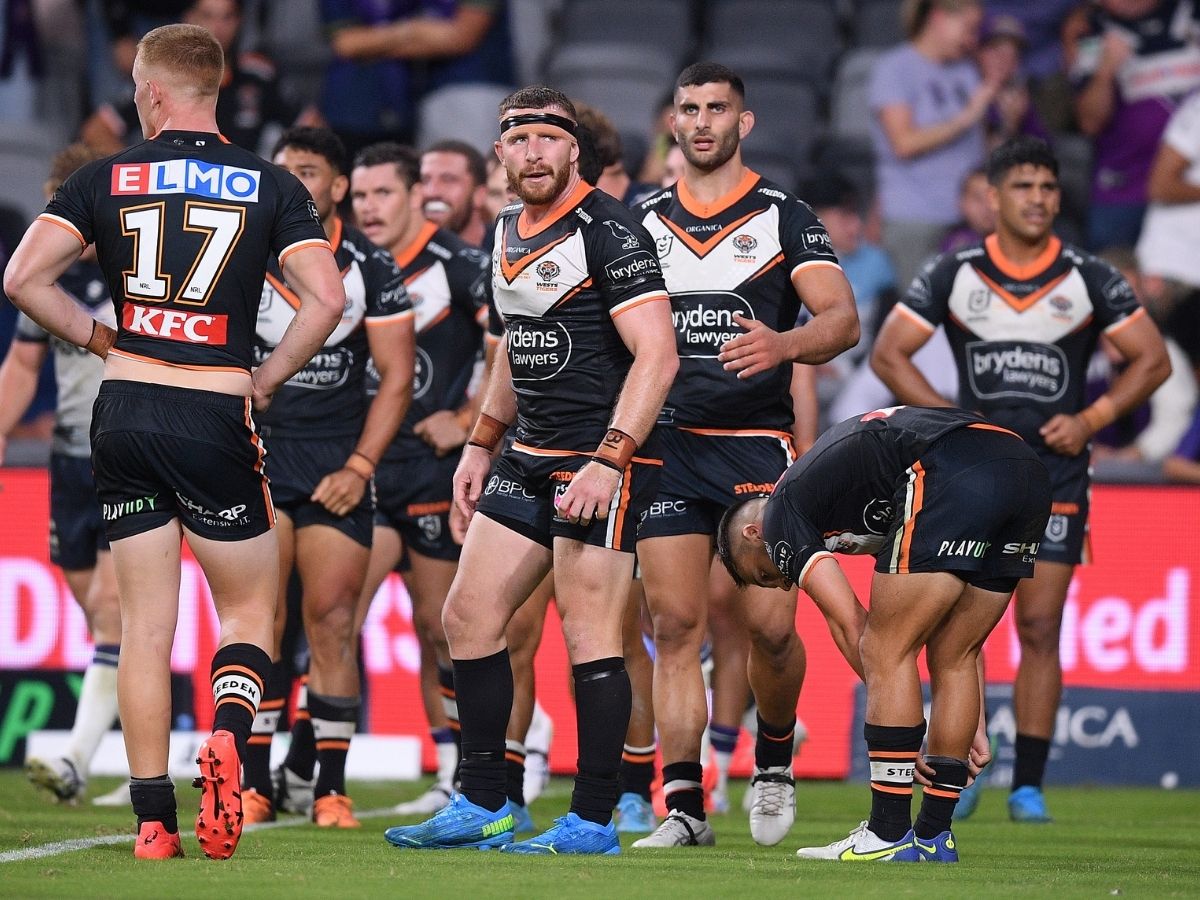 The Tigers’ half-back marked his return to the NRL with a steady performance in the loss to the Storm. Even in defeat, the Western Sydney side certainly made life difficult for Melbourne in the first 50 minutes of the game. Hastings proved to be solid with the ball, tallying 61 metres, 18 post contact metres and two tackle busts. As they head into week two, life does not get much easier for the Tigers as they come up against a confident Newcastle side. However, if they are able to turn what they were able to do here in the first 45 minutes into a full 80-minute display then they have every chance to come away with a win.

In his NRL debut, Gildart put together a strong showing for the Tigers despite Melbourne’s come from behind win. The 25-year-old was in fine form on the left-hand edge alongside winger Ken Maumalo, recording 102 metres, 32 post contact metres and two tackle busts. The Tigers may have found themselves on the end of a defeat but a strong first half certainly showed plenty of promise with the likes of Gildart showing glimpses of exactly what he can bring to Michael Maguire’s side.

More on the NRL

The 26-year-old picked up right from where he left off last season. He proved to be one of Canterbury’s top performers yet again with a highly effective display on both sides of the ball in their tough opening round win over North Queensland. The barnstorming front-rower came off the interchange to record the most tackles by a Canterbury player with 39 whilst also racking up the second most metres by a member of his side with 122 to his name on top of 51 metres post contact. The former Saints man may have missed chunks of last year through suspension but when he was on the field, he was clearly one of Canterbury’s most dominant players. That was evident in the victory over the Cowboys on Sunday.

The powerful prop forward started on the bench in the game against Brisbane but despite the loss there was plenty of evidence to suggest he is still going to be as efficient and productive as ever when he has that ball in his hand. The 29-year-old went on to rack up 88 metres, 45 post contact metres and 27 tackles all in 42 minutes of action. 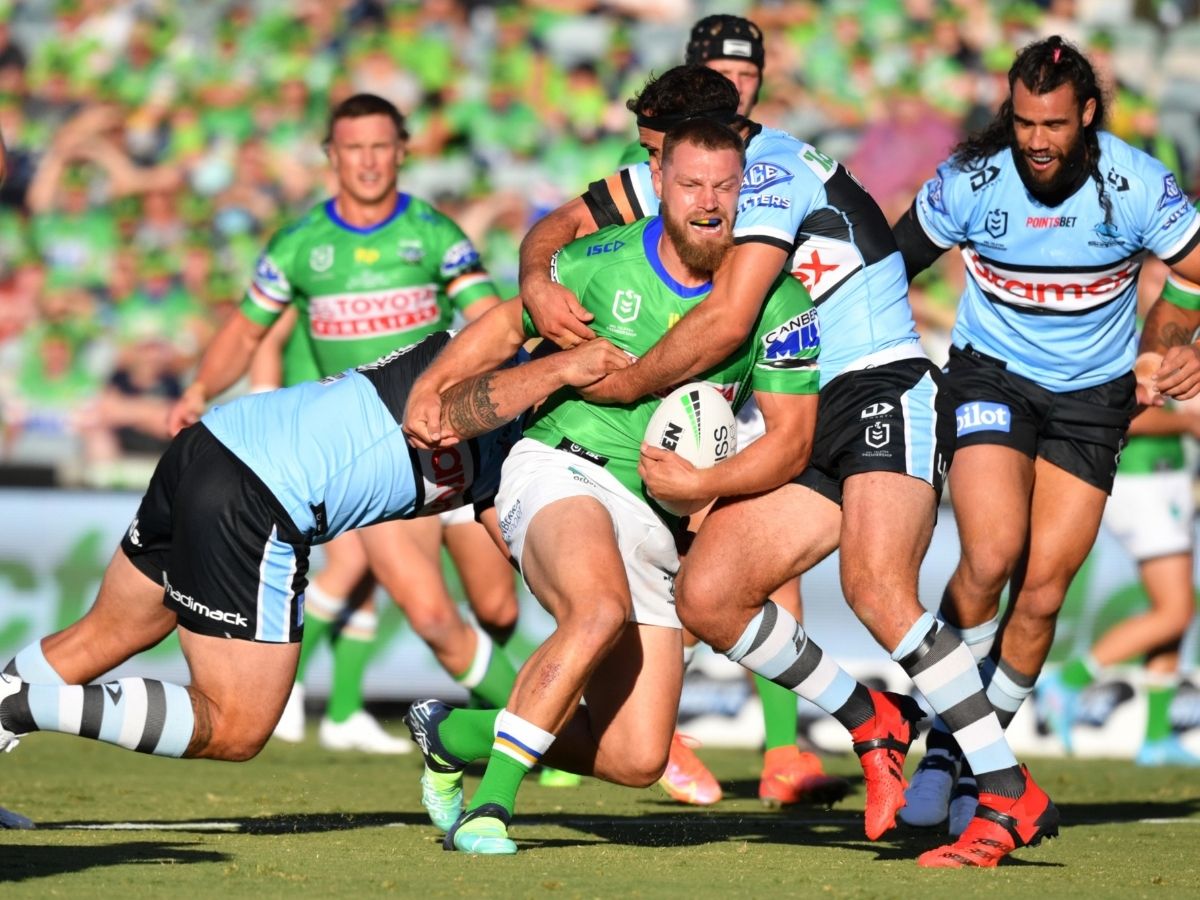 The 32-year-old forward led from the front in his first game as Canberra captain with his side leaving it late against Cronulla. For a while it looked as if it was going to be another second half fade out from the Raiders as the Sharks turned an 18-6 deficit into a 19-18 lead with only seven minutes to go. However, a powerful scoring effort from Hudson Young saw Canberra come away with a 24-19 win. The England and Great Britain international started at loose forward with Young and Corey Harawira-Naera the preferred option in the second-row. Whitehead showed plenty of toughness and class as he took 13 carries for 64 metres and 14 post contact metres whilst coming up with another top defensive display with 24 tackles in total.

After recent transfer speculation, Sutton missed out on the first round of the NRL season. But even with that he looked as strong as ever for Canberra in the New South Wales Cup. The Raiders’ reserve outfit may have lost to the Newtown Jets but the 26-year-old definitely showed how disruptive he can be by recording 113 metres and 33 post contact metres from 12 carries on top of another bullish defensive effort with 36 tackles altogether. 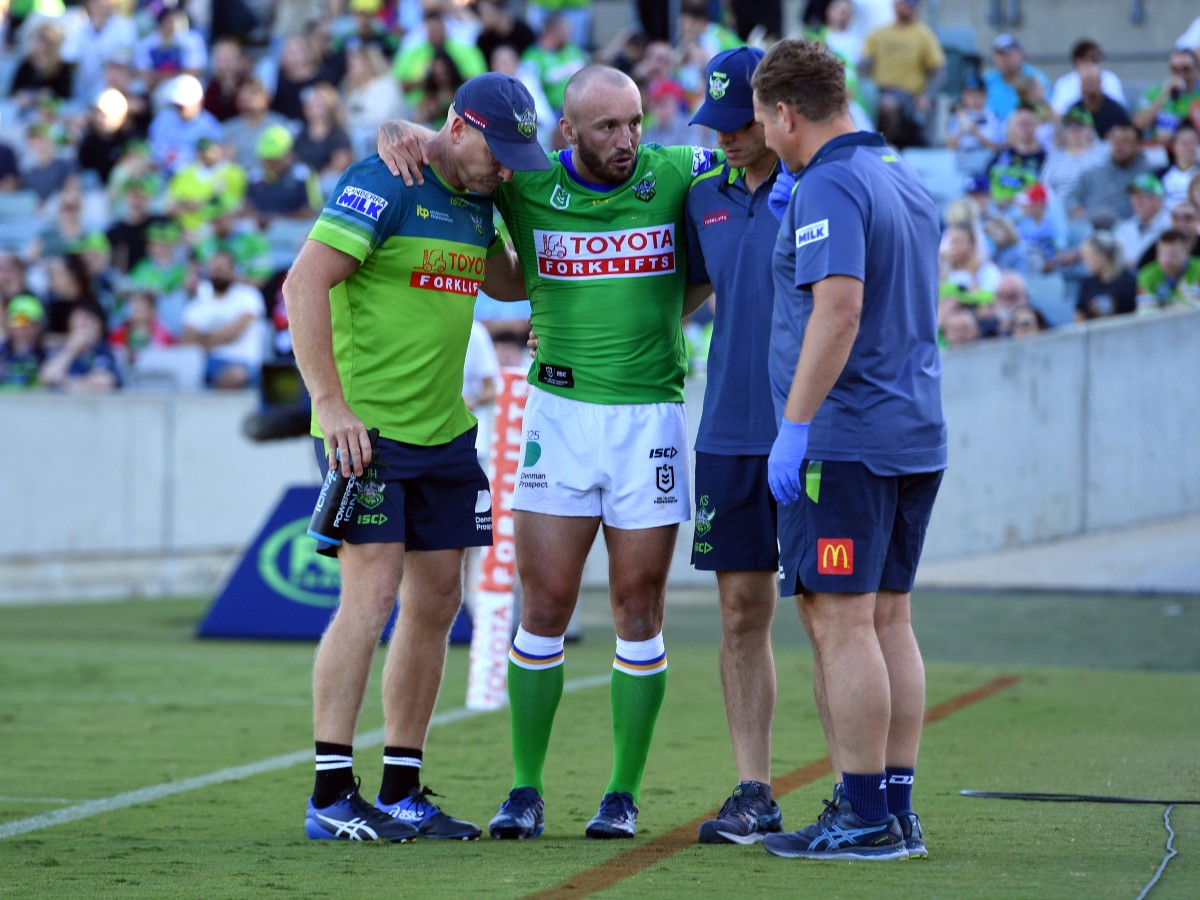 The Canberra hooker started ahead of Tom Starling in the win over Cronulla on Friday. Unfortunately his day would come to end early on after coming off the field with a knee injury. The former Hull KR man will miss two to three weeks after scans revealed a cartilage injury to his knee.

The 20-year-old continues to push himself in contention for that first NRL appearance with another impressive effort for Canberra’s second-string side in the NSW Cup. Even with the loss to the Jets, the ex-Wigan youngster yet again showed plenty of promise and throughout the game he had the most tackles by anyone in the side with 38 whilst showing his skills as a ball carrier with 11 carries, 109 metres, 37 post contact metres and a try assist.