Only three games left of the regular season remain and there is still plenty to discuss regarding the British talent down under.

Well, it is fair to say it has not been the happiest of beginnings down under for the 28-year-old whose Gold Coast side have now all but assured themselves of the wooden spoon after a 36-12 loss to Parramatta. The former Leeds centre has found it difficult to adjust to a side that is seemingly lacking a spark in attack or force in defence and the lowly Titans have now lost their last eight straight. It was another steady as you go performance from Watkins who has now made four consecutive starts for Gold Coast. The England international looks to be struggling to find a decent connection with the Titans young playmakers.

There is at least some form of hope along the horizon as the Titans will welcome coach Justin Holbrook to the helm next year as the only way is now seemingly up for the club following a disastrous season. 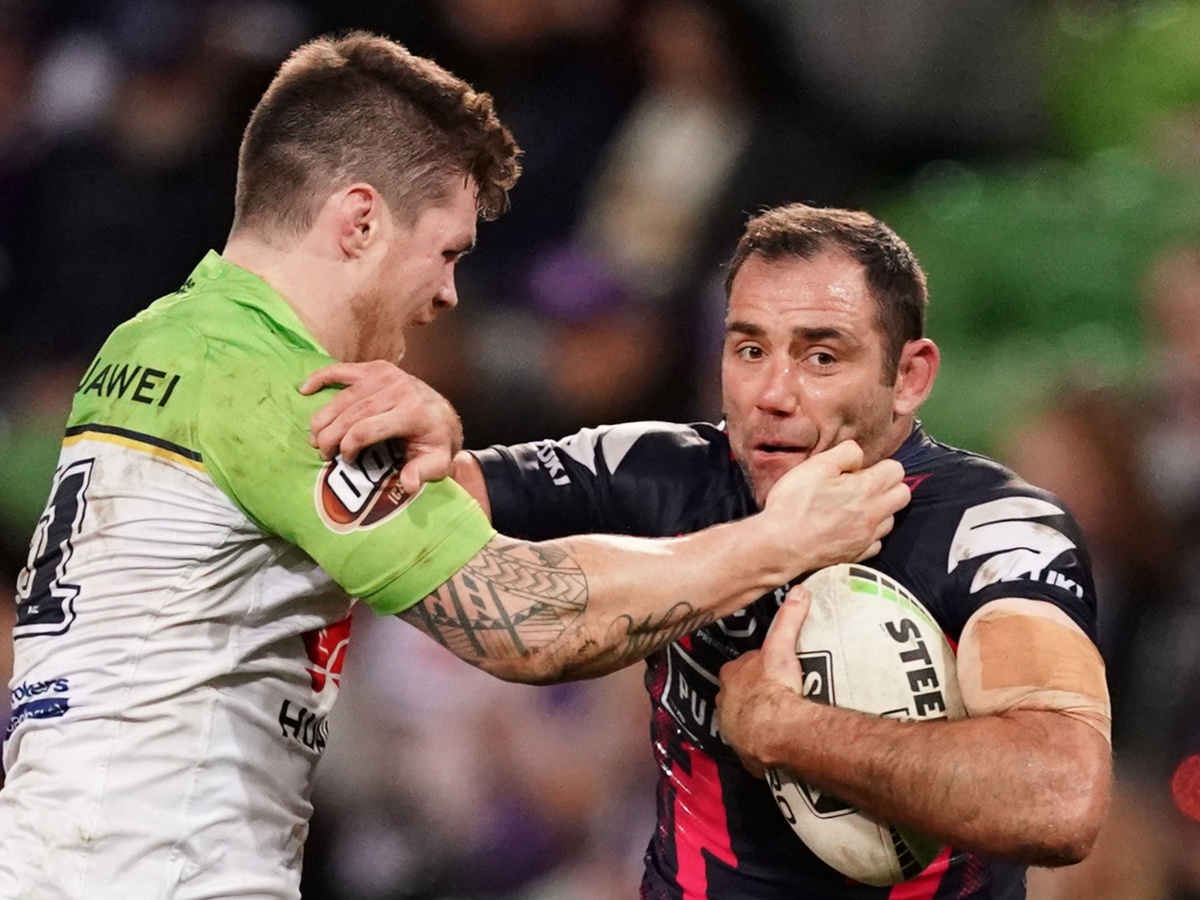 What a comeback and what a win over for the on fire Canberra! The Raiders came in to their game against Melbourne with a slight bit of optimism after pushing Sydney Roosters all the way the week before. However, after going down 18-0 in the first half it looked as if the Storm were going to continue to stamp their authority at the top of the league before Bateman and the green machine came roaring back with 22 unanswered points.

The win firmly solidifies Canberra’s title winning chances as they were able to get a proverbial monkey off their back by beating one of the league’s top teams. The 25-year-old Bateman, continued his electric season with powerful showing defensively and made the second most tackles by a member of his team with 36 alongside another 100 metre display to top it off. 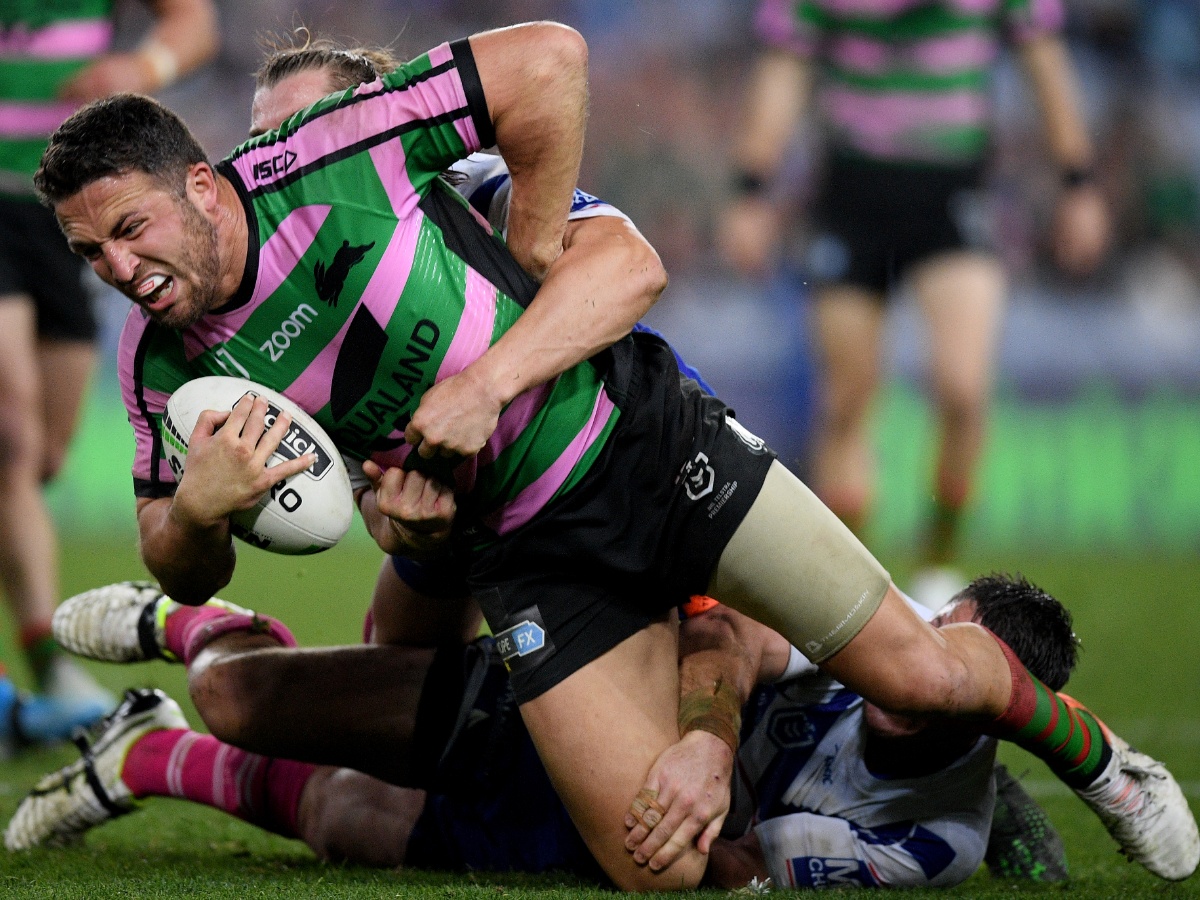 The 30-year-old looks to be shaking off his recent shoulder injury with a more solid performance in both the running game and defensively as the Rabbitohs captain ran for 106 metres and made 23 tackles throughout the game. Despite missing games through injury the influential second rower still remains the fifth leading metre maker by a member of his team with 1,850 and the seventh leading tackler with 336.

However, the numbers mean nothing when your team is lacking consistency and struggling to put a win on the board. The Bunnies shock loss to the Bulldogs on Saturday was a firm reminder that nothing is ever certain rugby league and also handed Souths their seventh loss in 10 games. That is without a doubt a far cry away from the team that boasted nine wins from their first 10 games to start the year.

Now, with three games to go Wayne Bennett will be hoping that Burgess can get back to his fiery best and lead his side into the top four come the end of the regular season. The Broncos are up next week who are on the back off two consecutive wins.

The green machine marches on following an incredible win over Melbourne at the weekend with the likes of Hodgson, Bateman and Whitehead leading the way for Ricky Stuart’s men. The dynamic and electric dummy half was the key man in defence again as he led his side in tackles throughout the Melbourne game with a total 41. An aggressively spirited effort saw the 29-year-old showcase his skills offensively as well as notching another try assist, taking his tally to the season to 14 and leads any Canberra player in this category.

The Raiders difficult season run in continues next week as they have another big game to contend with, facing fifth placed Manly who are another team that have all the potential in the world to be right up there when the dust settles come the end of the season.

The 27-year-old has certainly led from the front in that powerful forward pack of the Rabbitohs as the bullish prop is the leading metre maker by any Souths forward this year with 1,976 after a steady 88 metres in an albeit disappointing loss to Canterbury. As mentioned the stats become redundant when your side is struggling for wins. It has been thoroughly noted how well Souths have been able to utilise their forwards to control games in the past and if Wayne Bennett’s men want to stay within that top four race then more will be needed in that area especially with Manly and Parramatta looking to finish the season strongly.

The Rabbitohs enigma still continues as they have now lost their last three games with defeats to Cronulla, Melbourne and now Canterbury. The Bulldogs managed to keep their opponents tryless and that will no doubt something the luckless Bunnies will look to rectify as they come up against the top eight chasing Brisbane. 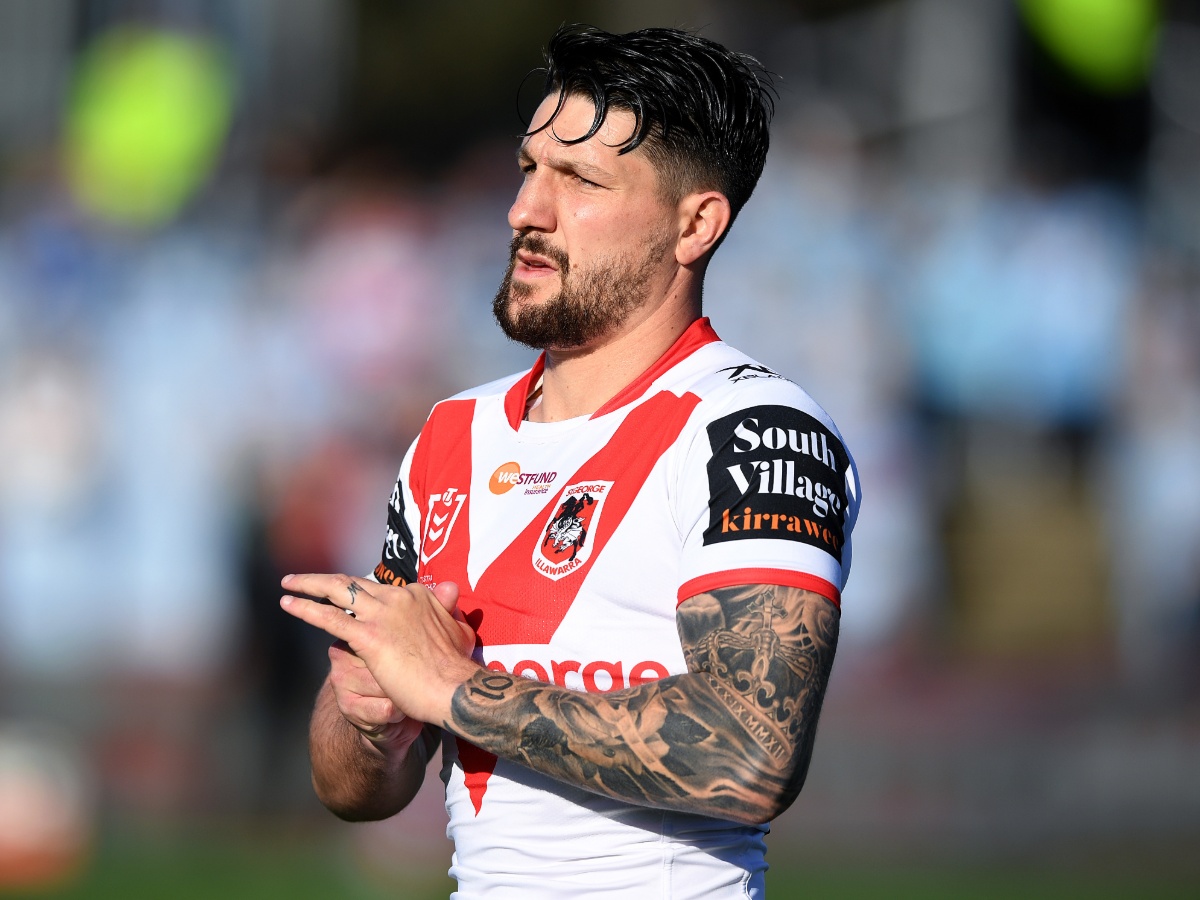 An incredibly disappointing season for St. George Illawarra was further acknowledged at the weekend with a 18-12 loss to the Cronulla Sharks. The Dragons may have come into the fixture with a mathematical chance of making the NRL finals if they were to win their last four remaining games but it was just not to be as they succumbed to another devastating loss following Bronson Xerri’s 76 minute score to allow the Sharks to walk away with the win.

In an error ridden game the Dragons will no doubt be displeased with fact that Xerri’s try was given as it looked like Wade Graham may have got a touch in the build up but in the end it stands as another loss for Paul McGregor’s men who lacked the spark of Widdop at stand off. The 30-year-old was not able to turn in a similar effort to that of the game against Gold Coast last week.

The second rower general has established himself this season alongside his fellow countrymen in that Canberra set up as a defensive powerhouse and that proved to be more than evident in the great win over the Storm. The 29-year-old made the third most tackles by a man in lime green (31) with only Hodgson and Bateman making more and still stands as his sides leading hitman for the season with 626 and at an average of 29.8 per game.

The Raiders now end their season with games against the Sea Eagles, Sharks and Warriors and will undoubtedly look to further stamp their title winning credentials with big efforts here.

In another heartbreaking loss the Dragons, the 33-year-old was probably one of their better performers once again as he more than led from the front in the St. George front row. The veteran prop has been a true enforcer and great measure of consistency even in such a troubled season for the Red V and in the game against Cronulla this more than showed.

The former Saints man put up more solid numbers as he made the second most metres by a member of his side with 115 and the third most tackles with 30. The performance means Graham has made the fourth most tackles throughout the year with 527 and even holds the second highest tackles per game average with 32.9 despite missing a selection of games due to injury. This again providing evidence towards his credentials as hugely consistent performer.

However, all the Dragons can do now is look to finish the season as strong as possible to end on a positive note and give their fans something to shout about.

The 23-year-old has looked to further establish himself back in the Raiders squad after missing a few games through injury and put forth another solid effort in the big win over Melbourne at the weekend. The former Wigan forward came in off the bench to make the most of his chances by racking up 78 metres off 10 carries.

Now, as the regular season draws to its conclusion and with the Raiders sitting in third place, Sutton can capitalise on a positive comeback from injury and keep continuing to get back to that great form that we witnessed earlier on in the year.