As the final round of the 2020 NRL regular season comes to a close we bring you another edition of Brits Down Under as we breakdown the performances and stats of the competition’s British contingent.

The NRL heads to the finals series this weekend, with the joint favourites according to the latest rugby league odds reigning champions Sydney Roosters – who travel to minor premiers Penrith Panthers – and Melbourne Storm, who face Parramatta Eels.

In the other two games this weekend, Canberra Raiders will welcome back the likes of John Bateman as they entertain Cronulla Sharks, while Tom Burgess and the South Sydney Rabbitohs take on Newcastle Knights.

It was a sad day for Broncos on Thursday as a loss to North Queensland was the final nail in the coffin and for the first time in their history Brisbane had to succumb to the wooden soon after finishing at the bottom of the ladder. It will go down as season to forget but at times there were glimpses of great talent amongst their set up with Kotoni Staggs and Payne Haas again showing why they are considered all out superstars and when you look at the departing David Fifita, the Queensland will surely be less then content to see a player of his calibre go.

Although he has not showcased the same kind of superstar aura that the likes of Staggs, Haas and Fifita have, Farnworth has still been one of their most consistent performers shifting between centre and wing throughout the year to show a good deal of versatility. In the loss to the Cowboys, the 20-year-old showed his speed and willingness to run with the ball after taking 15 carries for 151 metres along with 56 metres post contact. As the regular season comes to a close, Farnworth has shown that his stock can easily continue to rise if he continues to progress and overall he ended this year as the side’s second highest try scorer (6) and third highest metre maker (1,700).

If someone said to you that the Rabbitohs were going to put up 60 points against the back to back NRL champions you would have no doubt questioned their sanity. However, that is exactly what would go on to happen as Wayne Bennett’s men completely dismantled the Tricolours to secure a home tie in the upcoming first round of the NRL Finals. The Bunnies were led by the sensational performances of both Cody Walker and Alex Johnston while 10 out of 17 South Sydney players tallied 100 metres or more.

The 28-year-old Burgess may not have been Souths highest metre maker on the day but a more then impressive 113 metres from 13 carries secured his place as South Sydney’s leader in metres gained for the year with 2,736. A home match up against Newcastle now awaits in the first round of the NRL Finals and if South Sydney can build on this performance and find a measure of consistency then the potential is there to make a move in the playoffs. 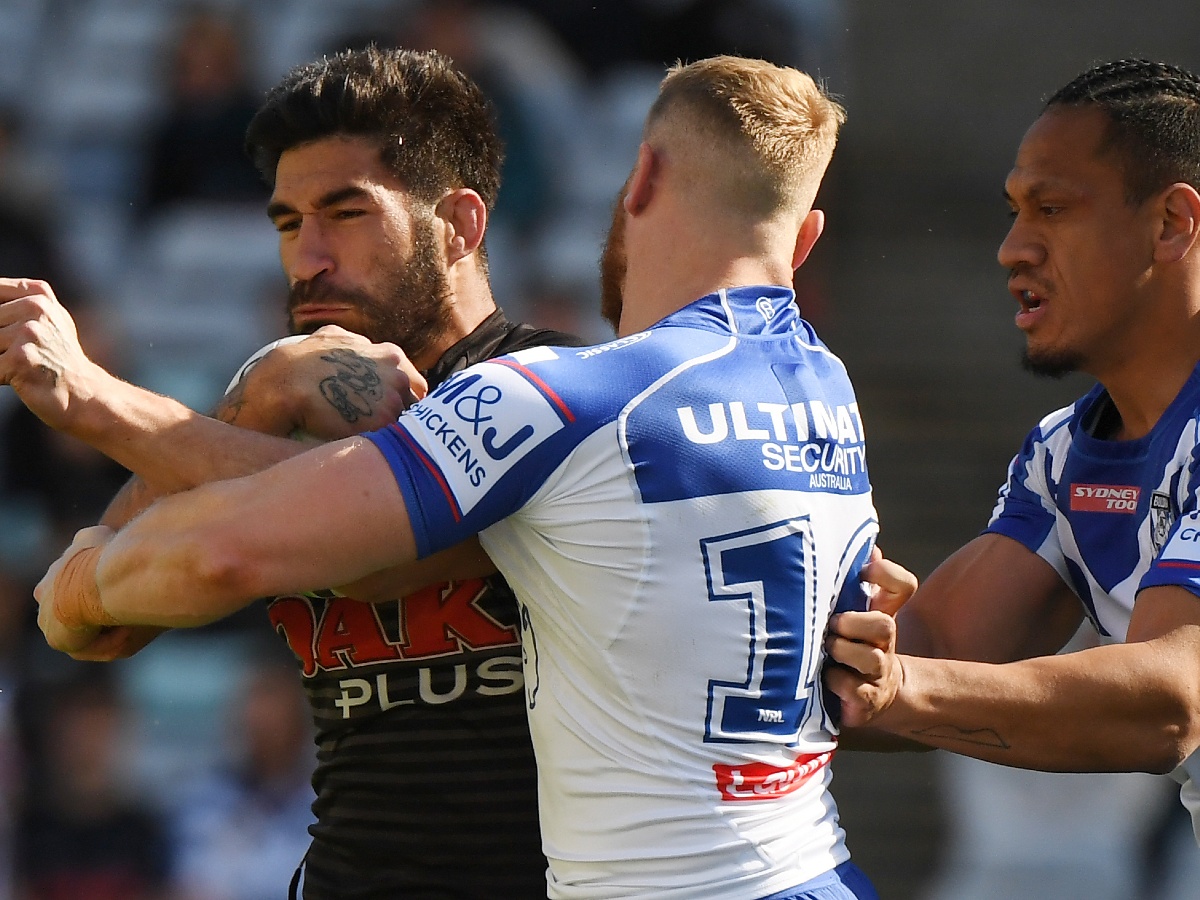 For so long it looked as if Canterbury were condemned to the wooden spoon, however an inspirational win over South Sydney in round 19 lifted the Bulldogs from last place onto level points with Brisbane. In the end that would become the decisive factor as the Broncos loss the Cowboys on Thursday ensured that the Doggies would escape the infamous title.

Unfortunately, though Canterbury would fail to end the season with a win themselves as they were laid to waste in a 42-0 thrashing by the minor premiership winners Penrith. Despite the scoreless effort, Thompson was a one of his side’s bright sparks as he put together one of his more impressive displays since making the trip to the NRL. The 25-year-old bulldozed his way to 170 metres from 18 carries whilst also recording a linebreak and 28 tackles in a solid all-round performance despite a heavy loss. In 10 games, the former Saints man may not have been able to record a try but was still able to showcase his exceptional ability as a ball carrier and defender, averaging 109 metres and 29 tackles per game. However, the Englishman does face a nervous wait after being referred straight to a judiciary meeting for suspected eye gouging.

As John Bateman, Elliott Whitehead and George Williams all sat out for a weeks rest, Sutton flied the flag solo for Canberra’s British contingent this week as the green machine came up against Cronulla in the final round of the regular season. However, in the win over the Sharks the 25-year-old would have to leave the field due to a suspected knee injury. The problem itself coming at an imperfect time as the former Wigan has been in a great deal of form this year while his side also find themselves looking towards the first round of Finals action next week.